Cinema in a box

In 2020, Panasonic announced the release of its first box-style LUMIX mirrorless camera, the DC-BGH1. The compact and lightweight Micro Four Thirds camera employs an extensive interchangeable lens lineup and is ideal for streaming applications when using the LUMIX Tether for Multicam application. For live broadcasters, the BGH1 offers PoE+ (Power over Ethernet+) through its LAN port, and contains USB 3.1 Type-C, 3G-SDI and HDMI Type-A outputs. 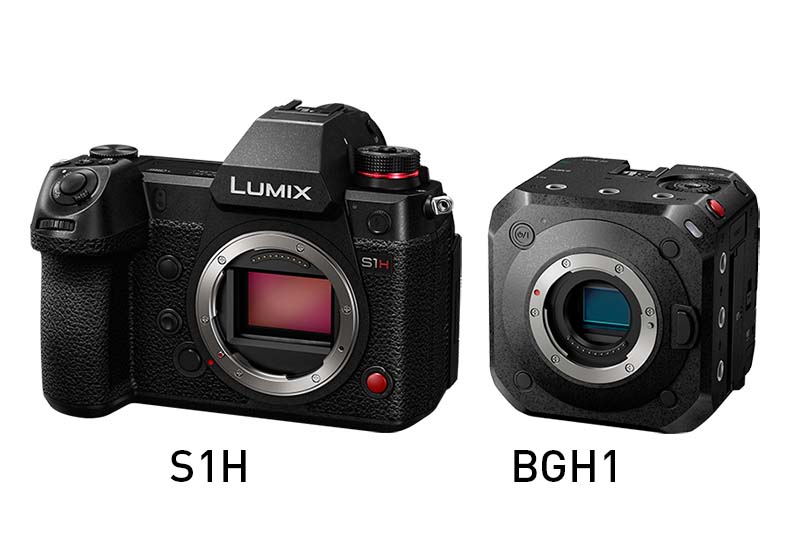 The BS1H is lightweight (585 g) and compact (93 x 93 x 78.8mm) and is nearly identical to the BGH1 (93 x 93 x 78). (The slight size increase is a result of the flange back difference.) For live production, the BS1H supports PoE+ and IP streaming through its LAN port and LUMIX Tether for Multicam. The BS1H has a multitude of input and output ports, including USB 3.1 Type-C, 3G-SDI, HDMI Type-A outputs, Genlock IN BNC, and Time Code In/Out BNC. 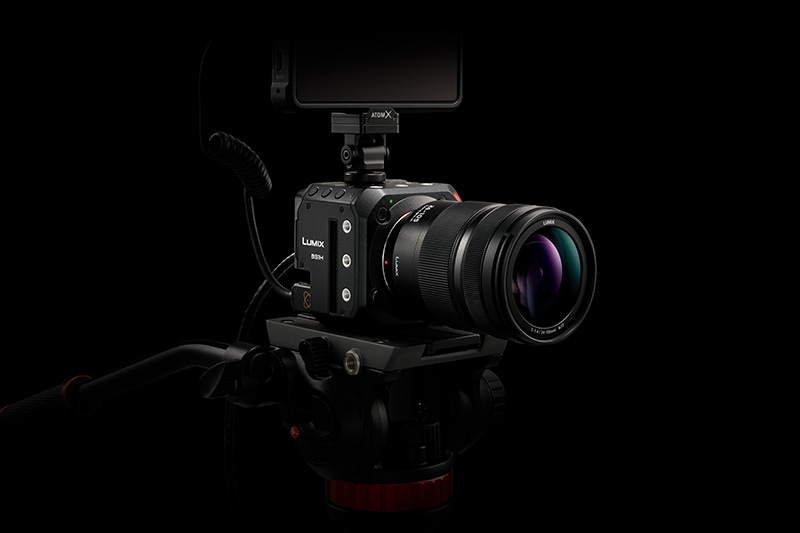 Combining the versatility of the BGH1 and the cinema quality of the S1H, the DC-BS1H is a box-style camera that will appeal to both cinema and live production professionals.

“The BS1H offers a tremendous amount of flexibility,” said LUMIX Business Development Manager Mathew Frazer. “Not only because of its multiple inputs and outputs, but also its full-frame sensor, which can deliver cinematic images with 14+ stops of dynamic range and low noise while giving you access to the full canvas of the sensor for open gate shooting. The BS1H is the perfect tool for both cinematographers and live production professionals, and we can’t wait to see what they’ll create."

Fresh off shooting NBC Television’s A Little Late with Lilly Singh with Panasonic EVA1, S1H and GH5 cameras, cinematographer Carissa Dorson recently put the BS1H to the test for a short film. Night Lights is a dance film about a man who finds inspiration to dance from the colorful moving lights streaming into his bedroom. “The look of this project is really based on my own experience being up at night in my bedroom, and just watching the lights of the city come into my room,” explained Dorson. “I was really inspired by what you can see once your eyes adjust, and the BS1H was a perfect camera for that because of its Dual Native ISO and low light capabilities.” 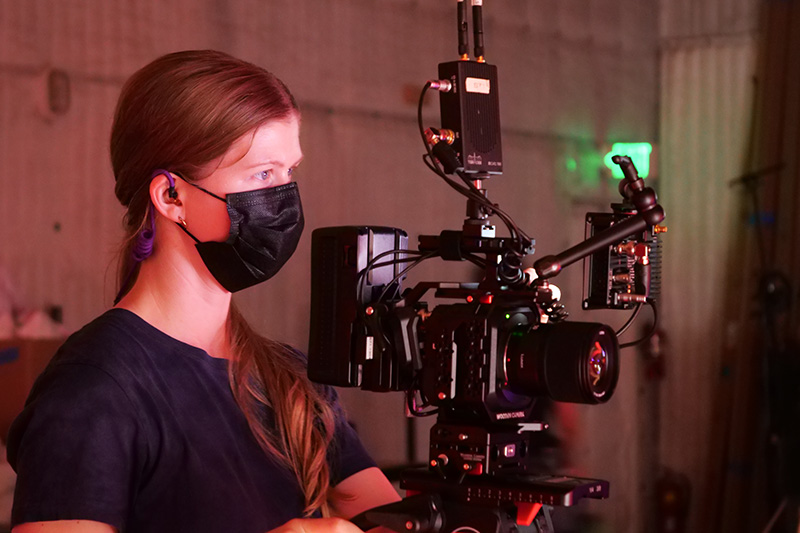 DP Carissa Dorson operating the BS1H on a tripod. She monitored her footage through the 3G-SDI output to a Portkeys' 5.5" monitor, as well as a Teradek Bolt transmitter to her director's monitor.

Dorson’s first impression of the BS1H was how “adorably small” it was, while still having the necessary I/O for cinema production in such as small body. She captured 10-bit, ALL-I, UHD (3840x2160) files at 23.98-fps, and alternated between full-frame and Super 35mm depending on the shot. She monitored her footage through the 3G-SDI output to a Portkey’s 5.5” BM5WR monitor, as well as a Teradek Bolt transmitter to send footage to a director’s monitor.

Because of the BS1H’s compact size and light weight, for camera movement, Dorson used a Dana Dolly for tracking shots, as well as a DJI Ronin S2 gimbal for smooth handheld moves. She also rigged the gimbal to a Menace Arm to get a top-down shot of the bed while controlling the shot through the DJI Ronin app as if it were a remote head.

“The BS1H was a huge advantage because it's so small, and we never would have been able to rig it up on a Menace Arm if it was a bigger camera,” revealed Dorson. “There was a great moment when I got on the Ronin S2 gimbal where I went in and got our dancer hitting the floor and he comes back up and does this amazing flip. I was able to follow him up so easily because the rig was so light, and it just gave me this dynamic look with the depth of field. The whole crew was commenting on how great it looked.” 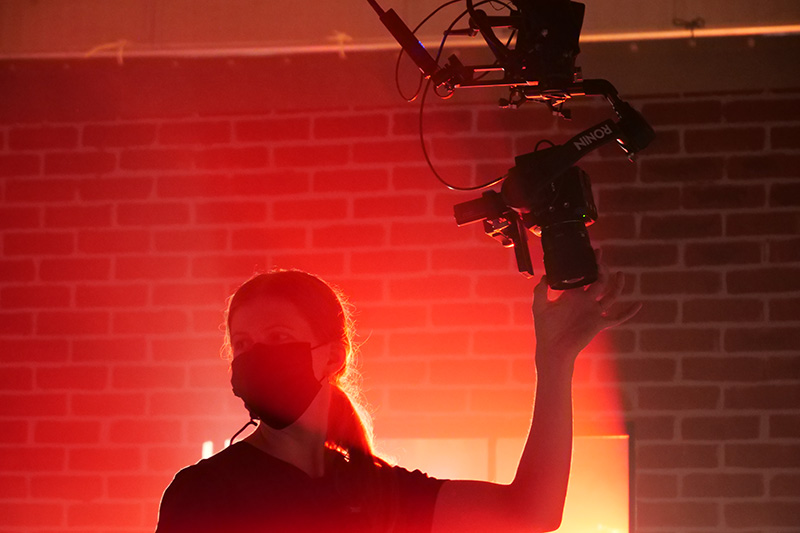 According to Dorson, lighting was an important character to the story. To capture dynamic color and movement, she employed Fresnel lights on doorway dollies moving back and forth across a window. “I used Lekos as a harder traffic light and we were alternating between red, yellow and green,” she explained. “I also used Rosco DMG LUMIÈRE lights to switch between RGB colors.”

Dorson believes the BS1H is an ideal camera for indie filmmakers. “I think using it on short films would be super helpful because I'm able to be self-sufficient with such a small camera but still get amazing image quality,” she said. “I would also consider using it for an interview setup where you need multicam because of the timecode input and SDI output makes that so easy. Also, because of the Ethernet port, this camera would be perfect for a live stream situation. 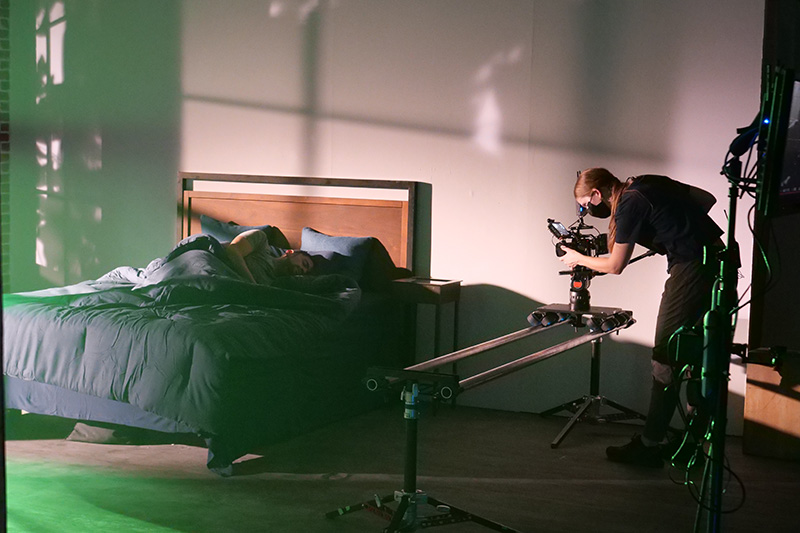 Dorson captures a moving shot with the BGH1 on a Dana Dolly.

“The BS1H definitely helped me achieve the look that I wanted,” she continued. With its low light capabilities and full frame sensor, it gave me that beautiful depth of field. I can't wait to use it again.”

For more information on DP Carissa Dorson, visit her website at https://www.carissadorson.com/.

Learn more about the BS1H Become a LUMIX Integrator