After dropping out of film school, Galler got his start in the industry working as a truck driver for a lighting rental house. Working his way up as a gaffer lighting music videos and commercials, Galler got his first big break in 2014, shooting director Mona Fastvold’s indie feature, The Sleepwalker, which played in competition at Sundance. 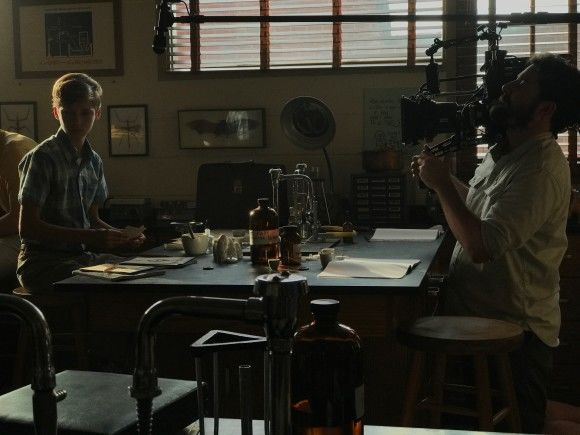 For Manhunt: UNABOMBER, Galler got involved through director Greg Yaitanes (Banshee, House), who directed all eight episodes. “Greg had been talking to me about a couple other projects and when he brought up this one, it seemed like a really great fit,” says Galler. “I created a couple of look books for him and we talked a lot about the themes of the script. It really went from there.”

During prep, Galler had the luxury of having outlines of all the scripts before shooting, as well as knowing that Yaitanes would be directing all of the episodes. After reading through the first few scripts, Galler knew he would have to create two different worlds. “Kaczynski was an anti-technology hermit who lived in the middle of the woods making sophisticated mail bombs,” explains Galler. “Then you have the main character of the show, Jim Fitzgerald, who’s basically existing within the framework of the FBI behavior analysis unit. Just the way those two stories run concurrently, I felt there was going to be a lot of interesting things we could do visually, especially with scale.” 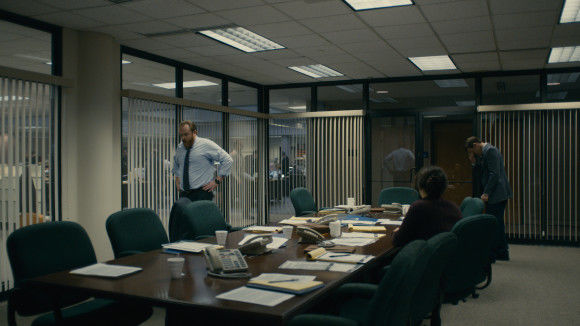 For scenes in the FBI headquarters, Galler was influenced by the look of office scenes in Alan J. Pakula's "All the President's Men". (Photo courtesy of Discovery)

Galler wanted to visually show the differences between the FBI offices – where people sit under fluorescent lights for years – in contrast with the Unabomber’s cabin, which is a 12 x 12-foot room out in the middle of the woods. Galler also wanted to show the insides of bombs that Kaczynski built. “Visually, the challenge was to try and capture each one of those settings next to one another and capture the scope of their sizes,” he explains.

With a 4K delivery requirement from Discovery, Panavision set up a shootout with a RED Dragon, Sony F55 and VariCam 35, which impressed Galler the most. In developing the look of the series, Galler pulled several film stills from David Fincher’s 2007 film, Zodiac (shot by Harris Savides, ASC) and Alan J. Pakula’s 1976 drama, All the President’s Men (shot by Gordon Willis, ASC). “For All the President’s Men, I was influenced by the look of the office scenes,” explains Galler. “The way they did a lot without doing all that much. The scenes are not flashy with tight lenses moving around on Steadicam, but much more controlled with slow dolly shots. Zodiac was more about the lighting and color reference and the way you didn’t feel the camera’s presence. I really wanted to take a cinematic approach and we wanted everything to be about choices. 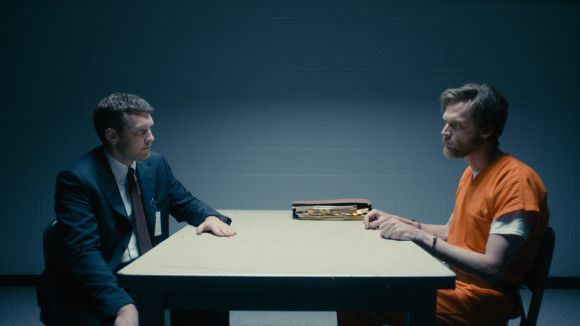 “The big fear going in,” continues Galler, “was that the VariCam was a camera I had never used before. This series was the biggest project I had done, so I was worried about not having my usual bag of tricks. Within a week, I was really psyched about the camera.”

Galler shot in UHD (3840 x 2160) in 12-bit 4:4:4 AVC Intra at 23.98-fps. Because he didn’t have a D.I.T. on set designing custom LUTs, he went with standard Rec 709. Renting gear out of Panavision Atlanta, he mainly used rear filtered Primo primes with Tiffen 1/8 ProMist filters. Instead of using visual effects, Galler tried to capture specialty shots practically. “There was one episode where most of it was shot with Panavision Ultraspeeds that have a layer of coating taken off so they flare more easily,” explains Galler. “We also used portrait lenses that have a center weighted focus that fall off on the edges. We used those on these Eureka moments where a character is figuring something out. And then we used a lot of different macro lenses for extreme close-ups.”

To capture typewriter keys hitting the paper, Galler used the Innovsion Probe 6000. “The Probe 6000 is a an 18” long, ½” thick aluminum metal tube with a small fixed lens opening,” says Galler. “It’s also a T45 with a little fiber optic light on the end. The art department built these perfect replicas of these bombs and we could just stick these things inside it. We could move through the wires and parts of the bomb and there would have been no way to do this without constructing a giant prop bomb. These bombs were small and all of them were originally made to be mailed.” 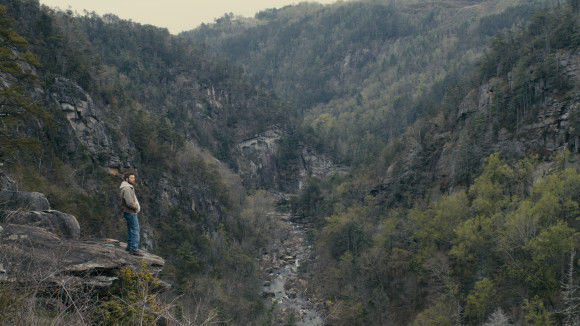 DP Galler tried to create a “slightly beautified reality” for his images. (Photo courtesy of Discovery)

For lighting, Galler kept everything motivated as a general rule, doing his best to create a “slightly beautified reality.” He had control over fluorescents in the FBI offices and he did a lot of work with LEDs. “I really like to keep lights away from actors as much as possible, especially when you’re moving fast. We would turn everything on and start taking lights away. My key grip, Chris Birdsong, had these great things that he had taken from another project. We called them ‘schlepers’ but they’re basically thick pieces of plastic with magnets on them so we could quickly go in and take out fluorescent overheads on one side of an actor to add shape.”

Galler would use big lights as far away as he could to create daylight in the offices because he wanted the environment to feel oppressive. For the Unabomber’s cabin, they built two sets – one in the woods and the other was built in a studio on an ex-army base property near Atlanta. For daylight scenes, he punched through the cabin windows with HMIs bouncing through interiors. For night shooting, he lit with handheld camping lanterns and LEDs that were the size and shape of a cigar. 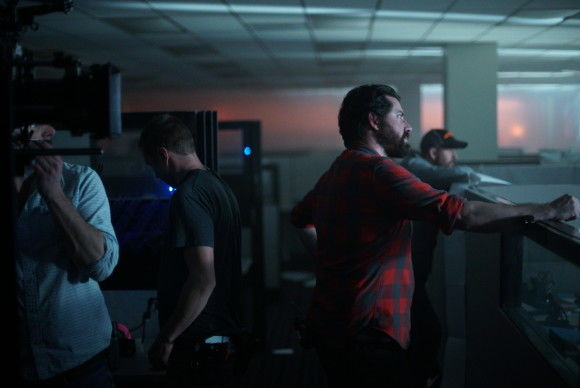 Galler setting up a shot in the FBI headquarters where he wanted the look to feel oppressive. (Photo courtesy of Discovery)

Galler often shot at 5,000 ISO and dialed down to 2,500 and was very impressed at how the VariCam 35 held shadow detail. Color grading was done at Light Iron Post by colorist Ian Vertovec. “It was mainly touchup,” says Galler. “Ian elevated things a bit and the LUT he applied was a little more refined than Rec 709. We started with a Kodak film emulation and took some of the yellows out. I did try and keep it contrasty and sharp. The VariCam has a special thing going on where it looks sharp but still has a pleasing look. I’m of the mind set where I try and embrace digital technology instead of trying to dumb it down with older glass. I feel aesthetically, the VariCam does that better than other digital camera systems. I think it has a new look, which I’m excited about.”

Watch the official trailer for the series.

For more information about the VariCam 35, please visit www.panasonic.com/varicam.