For VariCam LT users looking to capture RAW files, Panasonic has released firmware for our VariCam LT that allows you to output 12-bit 4K RAW files externally to a Convergent Design Odyssey 7Q or 7Q+ recorder. You can capture 4K RAW up to 30-fps over a single SDI and up to 60-fps (10-bit) with dual link SDI. Convergent Design’s Odyssey 7Q+ is an advanced recorder that can record HD/2K/UHD/4K via SDI and HDMI, as well as being a fully featured OLED 1280×800 monitor with RGB waveforms, histograms, and the ability to monitor LUTs. With the Odyssey RAW Bundle upgrade, you can record both uncompressed DPX, and Apple ProRes 422 HQ files. 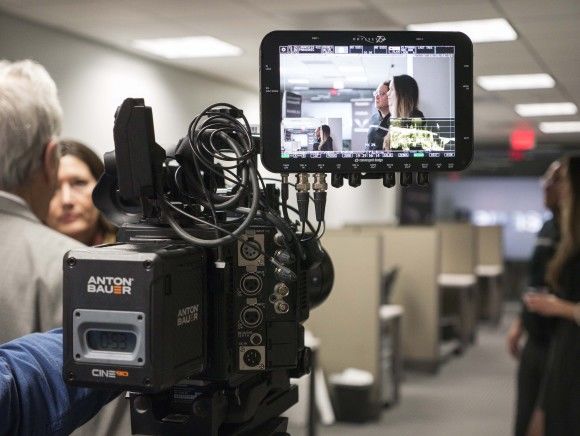 So what is RAW – but more importantly – why should cinematographers capture RAW files? In a nutshell, a camera RAW image file consists of slightly processed data from the image sensor of a camera. Its origins come from still photography in which the image is processed by a RAW converter in a wide-gamut color space where detailed adjustments can be created before it’s converted to a “positive” file format such as TIFF or JPEG for storage.

“Ideally it’s about maintaining the image at its best possible quality, with no constraints on color space or any perceptual tone mapping, thus preserving the widest gamut and maximum dynamic range,” explains Panasonic Senior Technologist Steve Mahrer. “Less processing in the camera allows for more creative control over the image parameters later in post, where the tools and their control is often better. If I’m going to record my image data in the camera, I want to capture the image with the least possible manipulation, certainly nothing that limits any useful or critical parameter. 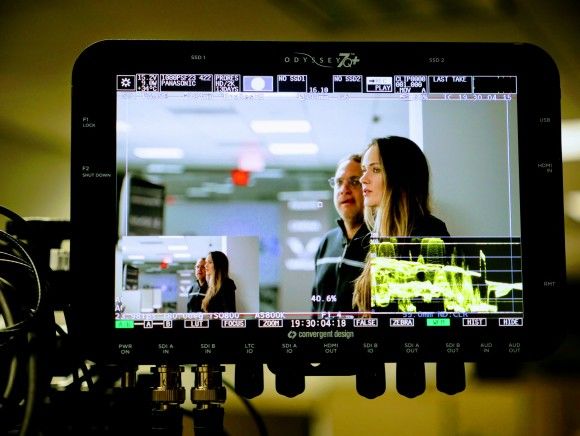 “Our philosophy is if you want RAW, do it properly,” continues Mahrer. “With this philosophy, and without using any lossy compression, we are able to hand off the best possible recorded RAW signal quality to the post production operations, ensuring a better end result after grading.

Cinematographer Ben Meredith is a VariCam LT owner, mainly shooting commercials, short films, and corporate work. Before buying the LT, he went through an extensive phase of testing. “I’ve shot RED, [Sony] FS7, [Canon] C300 Mark II, and [Canon] C100,” explains Meredith. “When I finally rented the VariCam, it pretty much stood out in every way possible. I love the functionality but mainly the image quality. There’s no other system where I’ve seen such nice color depth and highlight roll off. It fit my needs and my experience has been very positive.”

Meredith recently tested out the RAW capture with the Odyssey 7Q+ shooting a “short story” video piece in Los Angeles. He used a simple set-up – his VariCam LT, a SmallHD 502 monitor, cine-modified Leica lenses, and a Zacuto Pro baseplate. 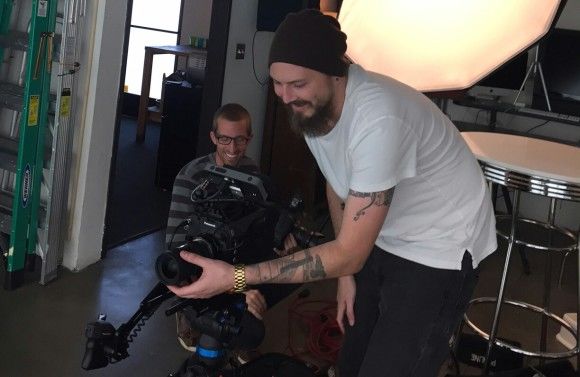 DP Ben Meredith sets up a shot with his VariCam LT

With the Odyssey 7Q+, Meredith captured 4K CinemaDNG files at 23.98-fps, shooting both daylight and lowlight sequences, as well as utilizing the VariCam’s native 5,000 ISO setting. “It does require two SDI outs from the camera to the recorder to shoot 60-fps,” reveals Meredith. “It’s really about matching up the settings. I have the firmware updated on the VariCam and you just go into the menu and set the SDI-RAW Out. The Odyssey will recognize the signal and will match your frame rate right away. You just double check in the Odyssey’s menu that you’re shooting in Panasonic RAW format, press record, and it will capture CinemaDNG files, which I put directly into my computer from the Odyssey SSDs. From there, I loaded them in DaVinci Resolve. They’re pretty heavy files so it was a little on the slow side for my computer, but I was able to edit and grade native files in Resolve and output a 4K master.”

While recording 4K (4096×2160) RAW files, Meredith was also capturing proxy files on the VariCam LT. At first, he didn’t notice a huge difference between the RAW files and the VariCam’s AVC Intra 422, but he did notice that the CinemaDNG files were much more flexible in post. “It was almost dangerous color grading the files,” says Meredith, “It was very tempting to make it look crazy because of all the flexibility. It’s full 12-bit for the CinemaDNGs, so I was able to push the image more than with AVC Intra files.”

Here are a few “before and after” video samples Meredith shot, which showcase the original V-Log files in RAW with the Panasonic V-Log Rec 709 LUT applied with minor curve adjustments.

According to Mahrer, CinemaDNG and V-RAW are basically just data format wrappers housing the same basic RAW imager data. “In both cases, with Codex and Convergent Design, they’re basically taking the VariCam RAW data at optimal signal values and they’re recording it uncompressed,” he explains. “The differences between the two RAW workflow solutions comes down to cost vs. shooting requirements, and workflow options. CODEX’s V-RAW is capable of 4K uncompressed 120-fps recordings, with the media and system designed for that performance. Powerful workflow tools enhance the operational flexibility. Convergent Design is limited by intent to match the VariCam LT’s 4K 60 maximum frame rate.  It’s designed to be a simpler system with lower cost implementation. With the VariCam LT, the Convergent Designs Odyssey 7Q+ is a powerful and affordable RAW recording solution.”

For more information on the VariCam LT, please visit http://info.panasonic.com/varicam-models.html?sc_sp=business-category_rightHandAd_products-professionalvideo_.