Over ten years ago, before the explosion of social media, MTV's Laguna Beach: The Real Orange County (2004) and its spin-off, The Hills (2006), were huge hits amongst the Generation Y set, aka, millennials. Part reality show, part narrative soap, both series glamorized the lives of the young and beautiful in Southern California. Now, MTV’s new docu-series, Siesta Key, takes the tried and tested concept and moves it to Florida, following a new group of young adults confronting issues of love, heartbreak, betrayal, class, and looming adulthood as they spend the summer together in their beautiful hometown. The series, set on a small barrier island off the coast of Sarasota, was shot by cinematographer Gareth Paul Cox with VariCam 35 and LT cinema cameras.

Cox got involved with the project through one of Siesta Key’s creators, Warren Skeels, whom he had worked on several projects with since his days at the American Film Institute. A big advantages of having Cox on board is that he grew up in Central Florida and knew the geography. “I could predict how we could best structure the camera department because I knew how harsh the environment would be,” says Cox. “The heat and the humidity, and being in and around water – you really have to prepare for that, especially for personnel.” 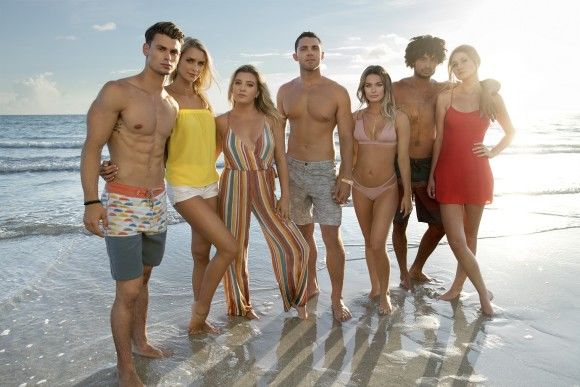 Since the show has no scripts and the cast are non-actors, Cox and team wanted to shoot in a documentary style with a cinematic look. Having worked in narrative films, commercials, and documentaries, Cox had to pull techniques from all those genres. “Our young cast were not used to having cameras around so there was a learning curve,” reveals Cox. “We knew going in that we needed to be able to follow reality and to understand that we can’t miss certain moments. We wanted to create an infrastructure and a style visually speaking that supported that.”

One of the biggest influences for the look of Siesta Key was director Harmony Korine’s 2012 film, Spring Breakers (shot by Benoît Debie). “We really liked the film’s saturation of scenes and how Florida became a character,” explains Cox. “For Siesta Key, we wanted to showcase Siesta Key and the surrounding area as a character so we incorporated a lot of high-speed and off-speed photography. A lot of our additional footage of the show was shot at 48-fps, or up to 120-fps. If a storm was coming in with lightning and rain, we would try and break one camera away to get that footage. We really wanted to capture the natural beauty of Florida.” 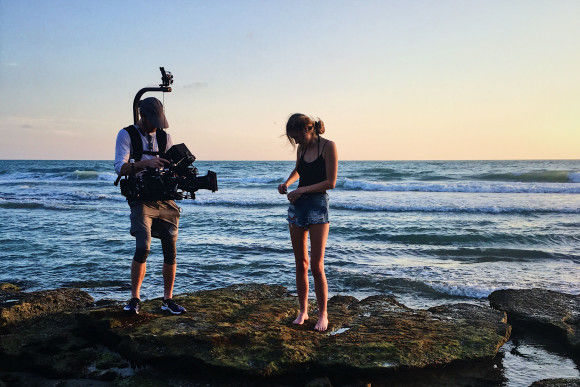 Having grown up in Central Florida, DP Gareth Paul Cox knew the harsh terrain of Florida. (Photo courtesy of MTV)

Cox shot with four VariCam 35s and two VariCam LTs, capturing full HD (1920 x 1080) ProRes files. “We weren’t asked to deliver in 4K so we wanted our workflow to run smoother with less data management,” he explains. Although most of the show is captured handheld, Cox did use a [DJI] Ronin with an Easyrig Vario 5 outfitted with a FLOWCINE Serene to eliminate some of the vertical bounce.

For lenses, Cox employed Fujinon Cabrio zooms lenses, which included 19-90mms (T2.9) and an 85-300mm (T2.9-4.0). “One of the reasons I chose the VariCams as the foundation of the camera department was because I knew that native 5,000 ISO was going to give us a lot,” says Cox. “We were going to be shooting a lot of scenes in clubs or dimly lit areas where we wouldn’t be able to add lighting or control the environment. We wanted zooms with a nice range and we really didn’t need the extra speed primes provide.” 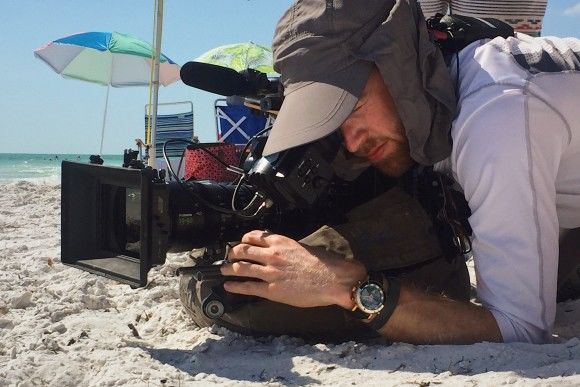 Cox captured in V-Log and monitored using the camera’s default Rec 709 viewing LUT but also sometimes monitored in V-Log. “I didn’t design any LUTs this time around because our workflow was so quick since we were essentially following the real lives of these people,” he explains. “We just didn’t have the time to be switching LUTs and I didn’t want the process to get overly complicated for my operators.”

Instead of dialing in his ISO setting, Cox kept it at either native 800 or 5,000. “It wasn’t because I didn’t want to lose control, but it was more about consistency for the image,” he explains. “I knew if we started shifting it around, it would get chaotic because of our workflow, timeline and turnaround. I knew post would need us to go through color grading very quickly and I didn’t want our colorist to deal with different exposure luminance values.” 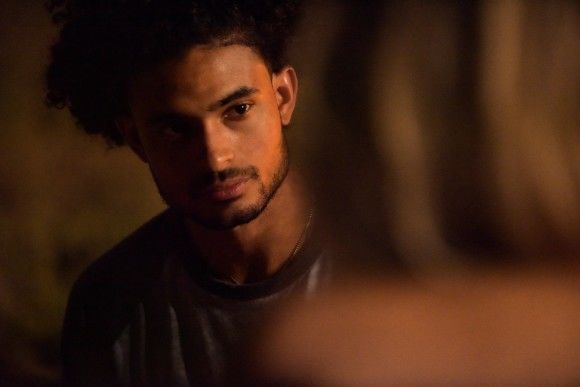 For lighting, Cox’s go-to lighting instrument was the LITEGEAR LiteMat. “We had the advantage of having Hisham Abed as a director on our show,” explains Cox. “He is also a director of photography and he was one of the original guys who worked on Laguna Beach and The Hills. Hisham had an entire set of LiteMats that were custom built – T1s and T2s – that are bi-color. We also had a small lighting package and made good use of 1.2K HMIs, 200 HMI Pars, Source Fours, and small Tungsten Fresnels.”

Because of the harsh Florida sun, Cox used polarizers to control specular highlights. “The big advantage of shooting on the beach at Siesta Key is that the sand is so white and pure that it actually gives you a nice bounce, a relatively balanced exposure when dealing with skin tones,” explains Cox. “During shooting, it was turtle season and due to our permits, we couldn’t put anything on the ground when shooting on the beach. We had to ‘Hollywood’ in a bit of negative fill.” 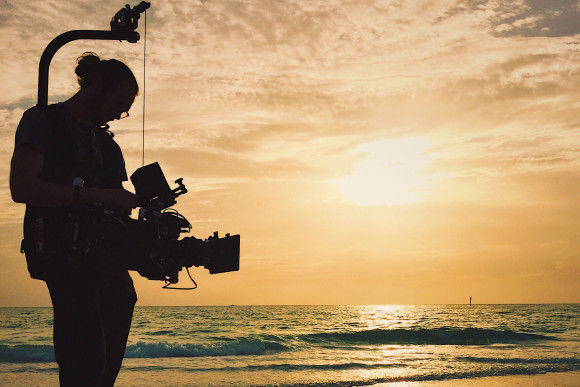 Cox employed an Easyrig Vario 5 to take out some of the vertical bounce of his handheld shots. (Photo courtesy of MTV)

The series was finished at Geiger Post in Hollywood by colorist Nathan Morgan. “The look did change from the Rec 709 look we had on set,” explains Cox. “I’ve worked with these cameras for a few years now so I feel confident on where I can push its limits and the latitude. If we had a solid negative, we can really go in a lot of directions. We’re accentuating the highlights but we’re also shifting where skin tones are. A lot of times, we’re pulling information out of the negative where some of the saturation might have fallen flat because we shot on overcast days. We were still able to pull the color information out, as well as accentuate it.

“With every project, there are always high ambitions on where you want it to end up,” says Cox. “You always have to make certain sacrifices and compromises to make the reality happen, which was very literal on this project.”

For more information on VariCam 35 and LTs, visit www.panasonic.com/varicam.