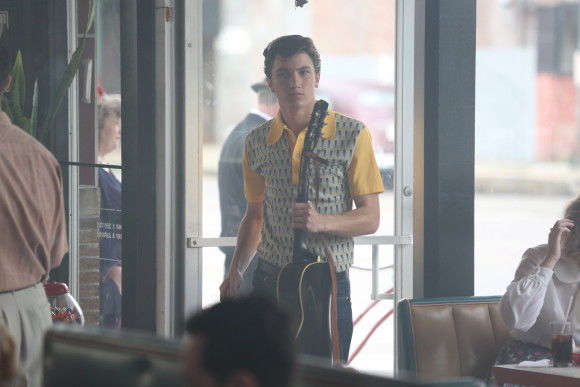 Sun Records was shot in Memphis, Tennessee with a local crew and for Wages, shooting the 1950s time period was a challenge. “In an odd way, the less distance you are from the period, the more difficult it is to shoot,” he explains. “For example, doing the 1860s is easy because everything modern needs to go away but for this story, we needed to be in Memphis. There would be an old building that looks right for the time period but across the street is a modern building. It’s much more than just dealing with old cars and wardrobes. You have to pay attention to everything like traffic lights, crosswalk signs, stop signs, etc. They were all just a little bit different back then.”

For the look of the show, Wages and Joffé did not watch old ‘50s movies, but instead studied old photographs from the period. They felt a desaturated look was the most appropriate because they wanted Sun Records to feel like a present day story. “We didn’t want to look at it through the fog of history,” reveals Wages. “We tried to give it an immediacy that didn’t feel at arm’s length. When Sam Phillips was producing these records, it was cutting-edge. Against a lot of social pressure, Phillips would record black artists one day, white artists the next, and then sometimes he would put them all together. At the time, nobody had heard music like this, which is really the heart of the show.” 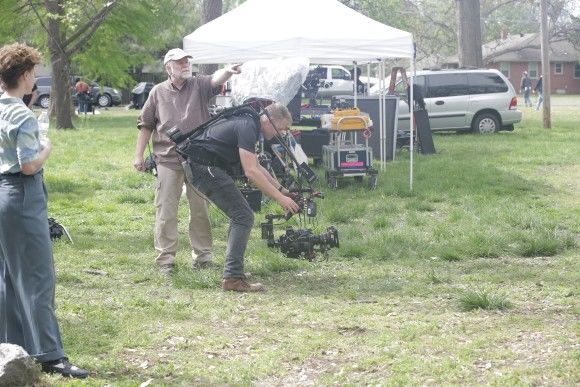 Because he would be shooting a lot on Steadicam and handheld gimbal rigs, DP William Wages, ASC (baseball cap) selected VariCam LTs due to\'c2\~their compact size and weight. (Photo courtesy of CMT)

Wages shot Sun Records with three VariCam LTs, rented from Division Camera in Los Angeles. He captured UHD (3840×2160) AVC Intra 422 files in V-Log at 23.98-fps. Because he had previously shot the CW Network series, Containment, with the VariCam 35, Wages was very familiar with the VariCam system. He chose the VariCam LT because it contains the same sensor and imaging qualities as the VariCam 35 but he needed a smaller camera system due to increased Steadicam and handheld gimbal work. He also loves the VariCam’s dual native 800/5,000 ISO for low light shooting.

According to Wages, lighting Sun Records was challenging but because of VariCam, it was never difficult. “We did some 360s here and there but I’ll tell you, this camera makes it easier because you’re not dealing with such tremendous amounts of light,” he says. 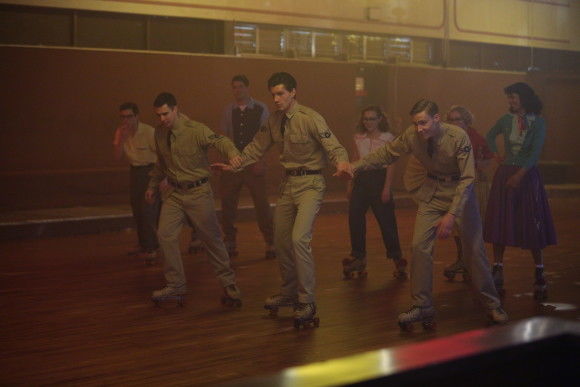 If he wasn’t outdoors in the daytime, Wages was always shooting at native 5,000 ISO. When shooting at 5,000 ISO, the cinematographer says he was carrying ¼ of the amount of lighting gear, which consists of smaller lights. “We had one 4K on that show and we used it once just to say we used it,” jokes Wages. “In truth, the ARRI M18 (1.8K HMI) is as big a light as I needed. As far as other HMIs, my principal light is the Jo-Leko 800, which is a Source Four Leko with an 800 Joker back on it. That’s what I do 90% of my day work with.”

Wages also likes to work with small LEDs, which run on batteries. “That way at night you can run somebody down the street, put a slash of light on a building and it takes 10 minutes as opposed to two hours of laying cable,” he explains. 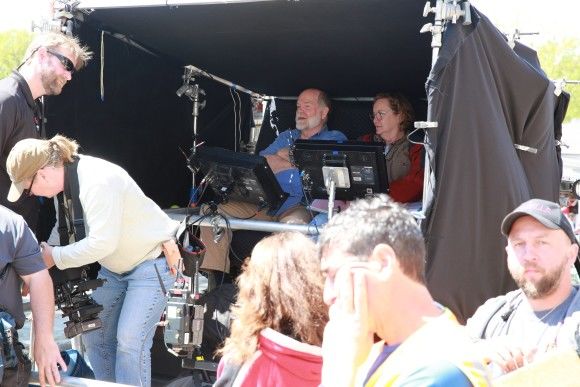 In terms of lenses, Wages shot with Fujinon 19-90m and 85-300mm Cabrios, which are lighter than most zooms. “What that also means is that you’re not changing lenses all the time,” says Wages. “Instead of changing lenses, you reach down and zoom a little bit. It saves so much time that by the end of the day, it probably saves almost an hour – maybe more. There are other lenses that can ride on a Steadicam but not with this focal range. The 19-90 shot probably 80% of the show.”

Wages predominantly shot wide open at a T-2.9. “If we did a shot looking out a window, then pull back and see the person looking out, in the old days I would have to lift the lighting levels indoors to do that but now nine times out of ten, I can sneak a stop change in there and you can’t see it. I do the stop changes at the monitor because I don’t want the focus puller to worry about that. I don’t watch the F-stop – I’m watching the image and riding it.” 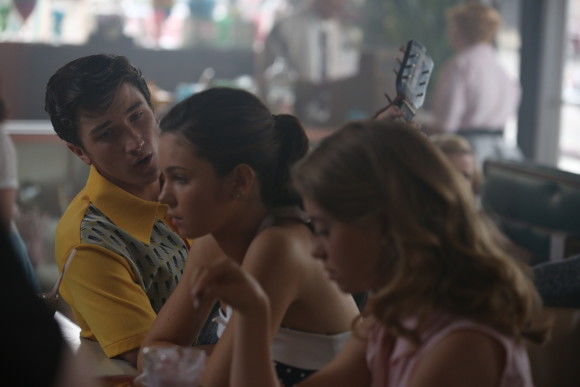 According to Wages, he and Joffe felt a desaturated look was the most appropriate because they wanted Sun Records to feel like a present day story.

Sun Records was posted at Deluxe in Toronto and Wages was only able to attend color grading sessions for one day. Since he wasn’t working with a D.I.T., Wages developed a viewing LUT in a different way. “We started with REC 709, opened up the shadows, brought down the highlights to use more of the camera’s capabilities, and then desaturated the image a bit to create a look that I liked,” explains Wages. “I showed it to Roland and he liked it as well, so we sent that LUT, and the footage we shot with it, to Toronto. I let the lab duplicate that look using their system. Then they sent the LUT they created to match ours and that is what we used”

Wages was only able to attend the color grading sessions for one day. “I sent the colorist notes on the first episode, which she applied,” says Wages. “That way when I went to the session, we were able to at least finalize the look of the first episode. The rest of the episodes were not locked yet but we scanned through them and picked scenes that we should work on to establish the look.”

Because of his efficient VariCam workflow, the grading sessions went smoothly. “And I just had one LUT,” reveals Wages. “To me, VariCam is like a film stock and if you start using too many LUTs, you can really get things confused. If I was doing a high-contrast sci-fi show, I might not approach it this way. I’m very simple and straight forward as far as a look is concerned because I create everything through lighting. I feel like that’s my job.”

For more information on Sun Records, please visit the series’ website at http://www.cmt.com/shows/sun-records.