Van de Sande and Waters have recently collaborated on a number of projects, first working together on an Amazon pilot, Salem Rogers. “When Amazon Studios asked me what camera I wanted to use, I said, ‘That’s simple, because we have very little prep time, I want to use the [ARRI] Alexa.’ I know this camera well, and also my assistants know it well,” explains Van de Sande. “But they told us that the camera needed to have 4K resolution or more.” 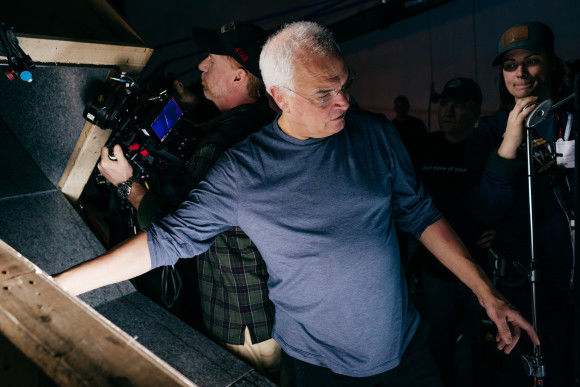 Initially upset at being told what format to use, he remembered that over a dozen years ago — when digital cinema was in its infancy — the ASC technical committee decided to fight for a digital format that would be as good as 35mm film. “We came to the conclusion that a 35mm negative had more or less 4K resolution and dynamic range of about 13–1/2 stops,” explains Van de Sande. “At that time, the dynamic range of HD was around 9 stops and the resolution not even 2K, so there was no comparison between the quality of digital and film.”

Not long after this, Van de Sande attended Panasonic’s launch of the VariCam 35 at the ASC Clubhouse. “At the event, [Panasonic Senior Technologist] Steve Mahrer told me about the native 5,000 ISO setting, which had practically no noise,” recalls Van de Sande. “I couldn’t believe it, because in order to achieve such a low light sensitivity of 5,000 ISO, you have to give something up — whether it’s dynamic range, resolution, or color. I looked at the camera image on a 4K monitor and thought wow, this is indeed unbelievable.” 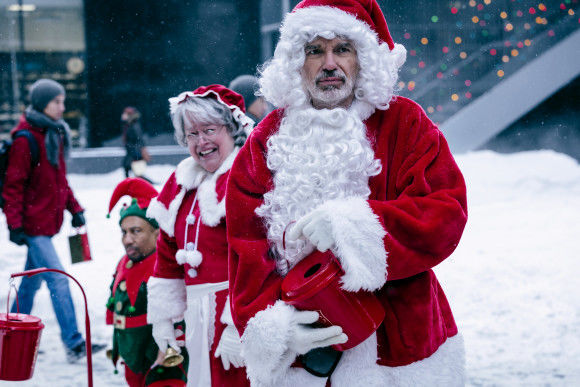 For developing the look of Bad Santa 2, Van de Sande did not use any visual references, including the original Bad Santa (shot by Jamie Anderson). He and Waters were in agreement that they didn’t want the film to look like a typical comedy, especially regarding the lighting. “It is a comedy but it’s such a raunchy film that we wanted to give it a ‘darker’ and more human aspect,” explains Van de Sande. “If we had shot it as a straight comedy, it would have looked too vulgar. Billy Bob Thornton and Kathy Bates are both fantastic actors so they didn’t need too much. We decided to concentrate on the performances and work more with prime lenses. I also lit the scenes moodier, almost like an indie film. We really focused on the relationship between the mother and son.”

Bad Santa 2 was shot in Montreal in the winter of early 2016 with three VariCam 35 camera bodies rented from VER in Glendale, California. According to Van de Sande, his camera crew picked up the VariCam technology in no time and even had ideas on how to improve the system. “One night the temperature was -28 degrees Celsius and everything fell apart,” he says. “The dolly stopped working and the lenses froze so you couldn’t even focus. But the camera kept shooting without any protection. The VariCam comes from sports and ENG — and its technology is more rugged than traditional cinema cameras.” [VariCam draws upon the 30 plus years of ruggedized ENG/EFP camera design requirements.] 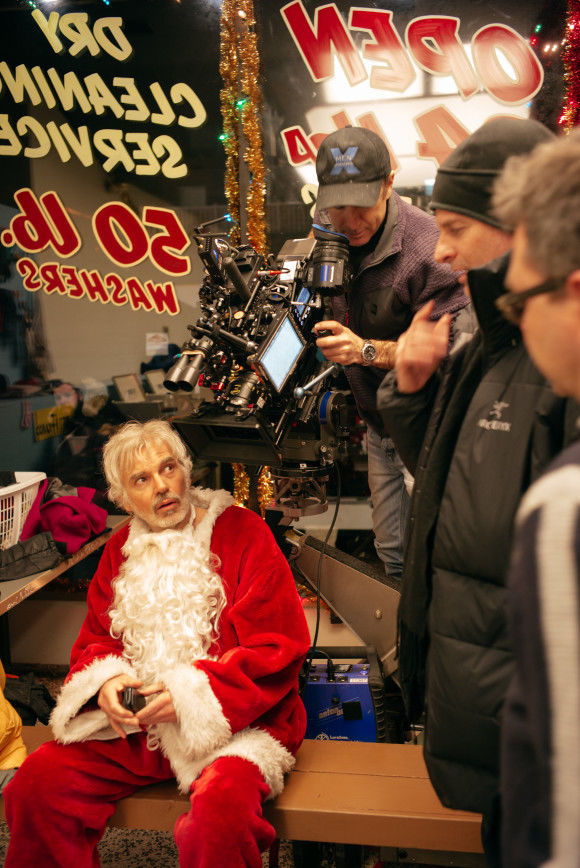 Van de Sande captured 4K AVC-Intra 444 files in V-LOG to P2 express cards. “Over the years I have developed a workflow with the VariCam 35 that is very efficient, fast, and high-quality,” reveals Van de Sande. “Using the dual recording function of the camera, I record both 4K and 2K files. The 4K data is immediately stored on LTO tape drives for later use and the 2K files captured on Micro P2 cards are used for editing, deliverables, and everything else in post until the moment we’re going to do the final color correction. The files with my LUTs, which I established in ACES on the set, are conformed to my final 4K version. Since Bad Santa 2, I’ve perfected this workflow even more.

“My 4K/2K workflow is different than what other people are doing,” continues Van de Sande. “By now I have shot 60 feature films from which around 53 were finished on film. I even shot around eight films without having video replay on the set at all. I had to create the image in my head and then transfer it to film. That’s basically what I still do. I light the scene and use the default VariCam Rec 709 setting in the camera as ‘my print’. I don’t even look at my V-LOG data unless I absolutely need to see if it’s on my ‘negative’. I work the same way as I did when I used film, only now I can see it on the monitor and shoot in a much shorter time frame and more precisely. In post-production, I have so much leeway that I can be stronger with my decision-making. That’s why I like working with the VariCam — I can make top quality decisions at the last moment.”

In terms of lenses, Van de Sande shot mainly with Cooke S4 primes, as well as Angenieux Optimo zooms. He originally wanted to shoot the film in scope with Hawk anamorphic lenses. “Mark laughed and said, ‘Theo, maybe next time but this time no because we have a big guy and a small guy and we’re going to get in trouble with the wide shots.’ We didn’t want awkward frames so we went 1.85.” 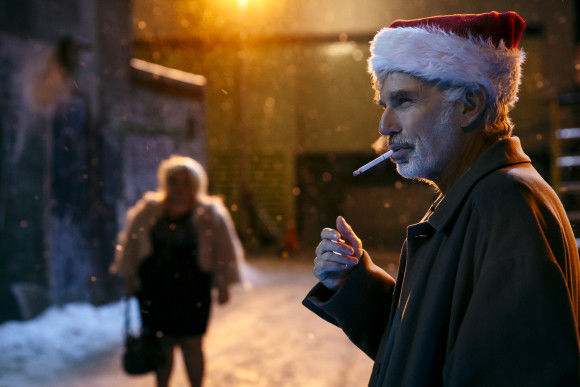 Since he was shooting in relatively controlled environments, Van de Sande captured most of Bad Santa 2 at native 800 ISO, although there were around a half a dozen shots he captured at native 5,000. “You sometimes get into situations where even 800 ISO is not enough,” explains Van de Sande. “Also, I discovered while shooting some of Mark’s earlier pilots in native 5,000 ISO, there was a little bit of noise in the darker areas while the well exposed part of the image was clean. This is called ‘shot’ noise and it was a new phenomenon for me. It has more to do with not having enough light rather than the noise from the camera. To solve the problem, I would expose the darker areas of the image a little more to give additional fill to the shadows.” 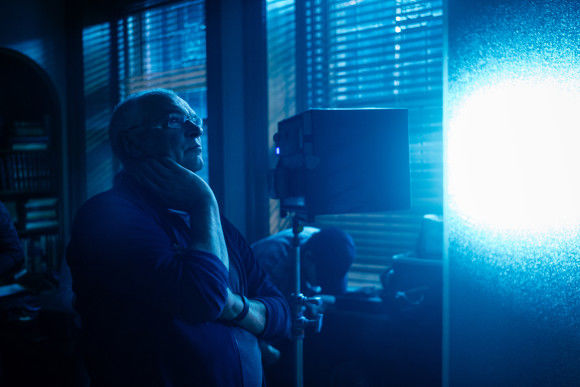 For post, Van de Sande worked closely with Light Iron in creating the deliverables from his 2K sub-recordings and finishing the final color correction in 4K.

For more information on the Panasonic VariCam 35, follow this link.

Here is the official teaser trailer for the film.