The series’ pilot was shot by cinematographer Roberto Schaefer, ASC, AIC (Quantum of Solace, Finding Neverland, Monster’s Ball) on VariCam 35 cinema cameras. Executive producer Daniels, who also directed the pilot, has consistently worked with Schaefer since their collaboration on 2012’s The Paperboy. Star alternates between fantasy and reality so one of Schaefer’s biggest challenges was to keep his three young leads looking glamourous, yet still grounded in reality. “Lee didn’t want the show to look like anything on TV,” explains Schaefer. “He wanted it to have a raw look. He loved the way we did The Paperboy, although there was no way [Fox] were going to let us shoot on Super 16, which is how we shot The Paperboy. We looked for ways to give it an unusual and distinct look.” 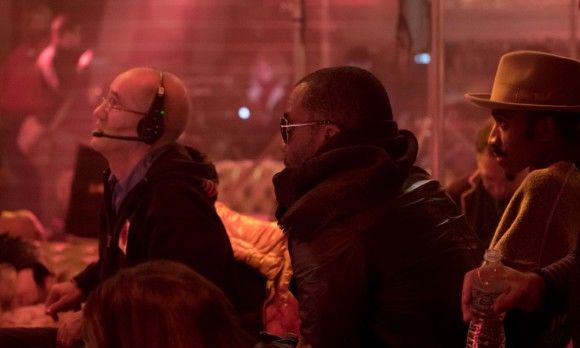 Cinematographer Roberto Schaefer, ASC (left) and executive producer/director Lee Daniels (middle) set up a shot on the set of “Star”. (Photo courtesy of Fox Broadcasting Co.)
Schaefer had tested the VariCam 35 on a Pepsi commercial with Daniels a month before they went into prep for Star. “The commercial was going to be shot in New York City in a dark limousine with an African American actor,” says Schaefer. “There were also scenes with a bunch of people on a subway car where we couldn’t change any of the lighting. I knew that I wanted to have the option of using the native 5,000 ISO so I did a few tests and I liked what I saw. I shot the commercial with it and everyone was very happy so we decided that was the way to go with Star.”

Star had similar production and lighting challenges. For scenes that took place in a low ceiling warehouse, Schaefer and crew did not have enough room to hang lights so they had to work primarily with practicals. Most of the practical locations ranged from a disco/strip club to houses and apartments that had limited rigging capabilities. “We had to shoot all over Atlanta and some of the moves were massive and there’s always horrible traffic there,” reveals Schaefer. “We were always up against the gun to get the shots. For the night exteriors, there were times I was able to use smaller lights, or no lights, because I was able to use the [native] 5,000 ISO.” 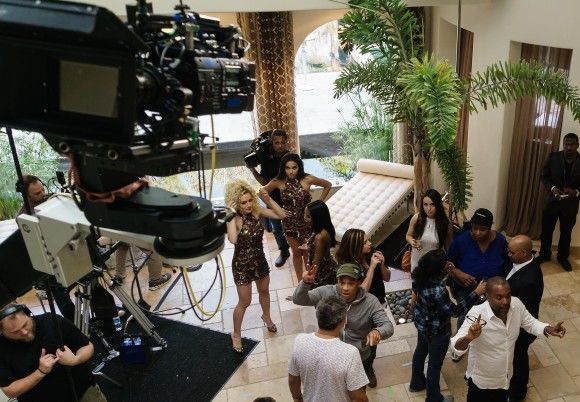 Most of Schaefer’s practical locations had limited rigging capabilities so he relied on practicals and available light. (Photo courtesy of Fox Broadcasting Co.)

Unlike Netflix and Amazon, Fox TV does not have 4K delivery requirements so Schaefer shot the pilot in full HD (1920 x 1080) because he wanted the show to have a rougher look and didn’t want editorial to reframe or zoom in on his carefully designed shots. He captured 12-bit AVC Intra 444 files, as well as separate proxies to take home for viewing.

Knowing his director would not want to view flat V-LOG footage on a monitor, Schaefer created approximately 10 different LUTs, pushing the contrast and allowing highlights to clip. “It has a definite gritty look to it,” admits Schaefer. “It’s not ugly by any means, but it just has a very strong look. It’s not one of these totally manufactured looking shows where everything looks so smooth.” 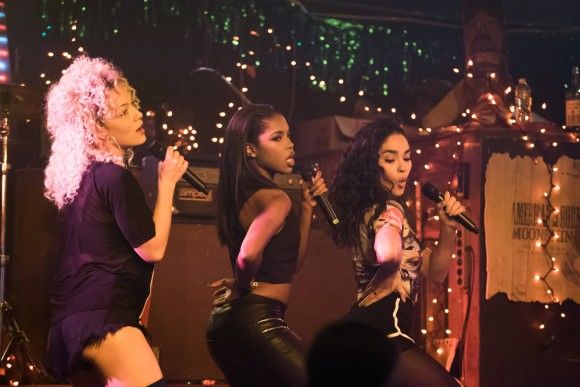 Schaefer was initially going to use Panavision Primos for the entire pilot but because of the fast pace, there was little time for lens changes. Daniels also wanted to have quick zoom ins and frame adjustments, so Schaefer selected three Angenieux Optimo zooms, including the 15–40, 28–76, and 45–120. He also used filtration on his lenses, including Schneider Hollywood Black Magic filters on shots he wanted to tone down the digital contrast. For beauty shots, Schaefer used Tiffin Black Satin filters, and for fantasy sequences in the strip club, he went with Bronze Glimmerglass.

In the disco/strip club, Schaefer wanted to capture 360-degrees so he had to use the club’s built-in moving LED lights because he couldn’t add additional movie lights. “We had some sequences in smaller rooms where I would be on the 800 and then I would move in on a profile and realize it looked good but not quite right, so I would just click over to 5,000,” he reveals. 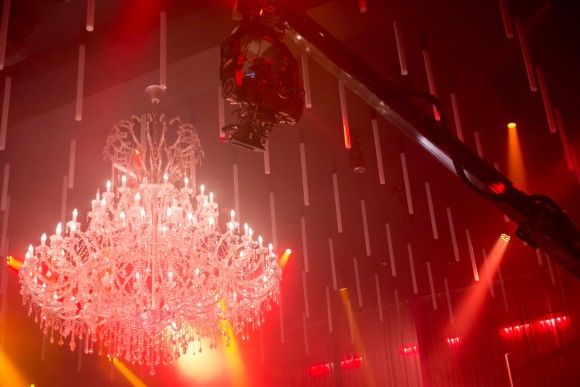 In the club, Schaefer wanted to capture 360-degrees so he had to use the club’s built-in moving LED lights because he couldn’t add additional movie lights. (Photo courtesy of Fox Broadcasting Co.)

Schaefer also used the native 5,000 ISO for low-light bedroom scenes, as well as a club sequence that was shot at 120-fps of an air canon shooting out money and gold glitter. “Out on the street at night in Atlanta, I shot at 5,000 just to give my focus pullers a better chance without having to be wide open, but at an f/4. Sometimes I would go to 5,000 and instead of taking the ISO down to 1,600, I would throw NDs in. To me it was like a security blanket. I always knew that if I was missing a stop and didn’t want to underexpose it, I could use the 5,000.”

In terms of lighting tools, Schaefer still lights with the VariCam as if he’s shooting film. “I do use LEDs a lot these days — especially from LiteGear — because I trust them and I know they’re color correct. They have some great tools like the LiteRibbon LEDs that you can hide in places. I also use their flat LiteMats that you can just stick on a wall. I still consider film to be reasonably sensitive. I’ve shot Super 16 at a 1000 ASA with good results. I find the VariCam’s native 800 ISO is in that range and has a bit more than what your meter says you have. I don’t really think I change my lighting; I just look at what looks best to my eye.” 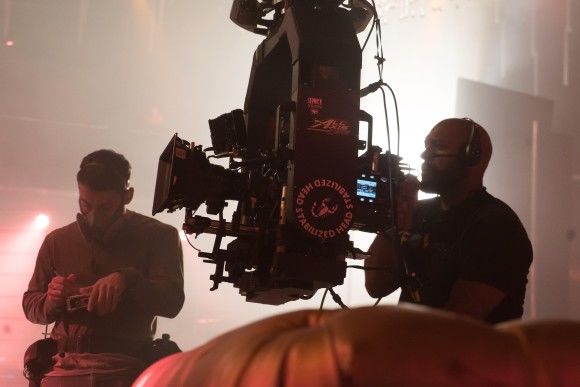 The pilot was graded at Post Mango in LA. Schaefer worked closely with dailies colorist James Bills to make sure the final color grade looked consistent to their dailies. “Because they had the LUTs to drop back in, it wasn’t a big shift,” explains Schaefer. “It was basically a one-day grade. We lifted some faces, reduced some of the highlights, or did a little bit of tweaking here and there. Lee and I were on the same page from the beginning so it was really important that when he was looking at the monitor, he’s seeing what we’re going for. There were times when I would click from the LUT to V-LOG to look at the exposure and Lee would look at the monitor and go, ‘What’s this? This looks too normal.’ I would put the LUT back on and he would be, “That’s better.” Knowing that we were in agreement made it easier — and it didn’t change later on.”

Here is the official trailer for the show…

For more information on Star, visit the show’s official website.

For more information on the VariCam cinema cameras, click here.