Filmed in Louisbourg, Nova Scotia, Newfoundland, and Cornwall, England, Frontier was shot by cinematographer David Herrington (Republic of Doyle, Warehouse 13) in 4K with Panasonic VariCam 35 cameras. [Herrington had previously shot Republic of Doyle for the CBC Network.] According to the DP, one of the biggest challenges in shooting the gritty-looking series was capturing the time period without having lived in it. “It was a brutal time because there was such an extreme divide between power and poverty,” says Herrington. “The scripts were brutally honest and that was what we were trying to maintain without getting too graphic.” 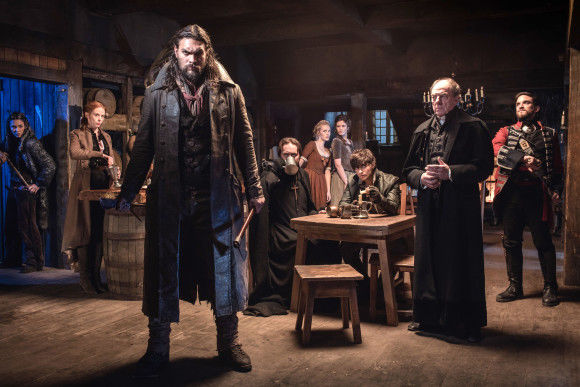 Before selecting a camera, the production was told by both Netflix and Discovery Network that they would need to shoot with a true 4K camera system. Clairmont Camera’s Deny Clairmont suggested Herrington meet up with cinematographer Theo Van De Sande, ASC, who just shot a pilot with the VariCam 35. “I met with Theo and I saw some of his footage,” says Herrington. “I then shot my own tests with some candles and individuals to see how I could capture closely represented skin tones. I also wanted to see whether the candles themselves would bloom so I wouldn’t see any detail around the corona of the candle itself. This always disturbs me when I see that on television. Having set up those tests and viewing them, I thought, ‘Oh, this camera is stunning.’” 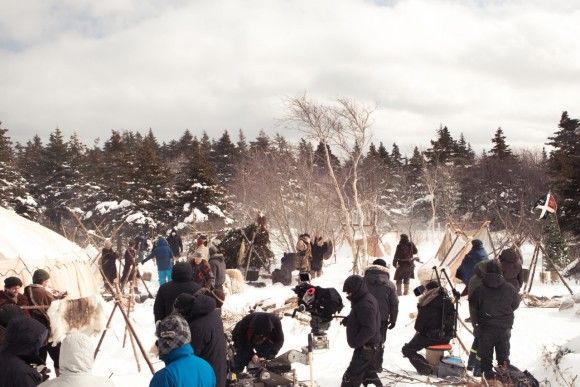 Herrington shot mainly with Cooke S4 primes and did not apply filtration unless he was shooting day exteriors, applying either a .6, 1.2, or 1.8 ND filter. “I love the lenses,” he says of the Cookes. “They’re nice and sharp and they don’t give you as many flares when you are shooting wide-open.”

The show was captured in UHD (3840 x 2160) in AVC Intra 422 at 23.98-fps in the 2:1 aspect ratio. According to Herrington, because they were shooting the majority of the show handheld, they decided not to shoot in RAW because the Codex V-RAW recorder would have added a little extra length and weight. The only time Herrington was not shooting handheld were scenes in which they were shooting people in power. “For Lord Benton, who plays the leader of the Hudson Bay company, we had the camera mounted on a dolly just to stabilize and make it the seat of power,” he explains. 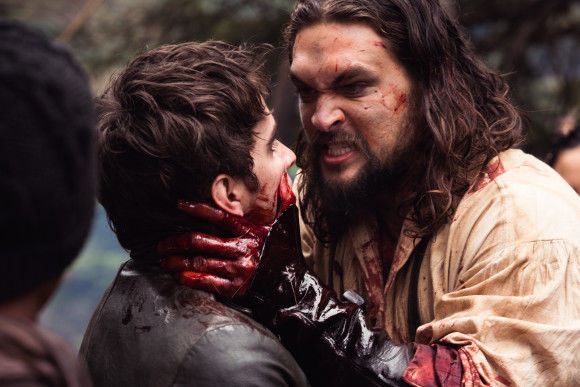 For the first two episodes, Herrington discussed the look with director Brad Peyton, who wanted a look and style that was gritty and dark. “I started lighting a lot darker than I had ever lit before,” explains Herrington. “You always want to maintain some depth in there – some reference or part of the frame that you can still see. The VariCam’s chip still showed me that, even when I was underexposing by 3- or 4-stops.”

Since there was no gas lighting at the time, Herrington had to make his interiors look as if they were entirely lit by candle. “We were also trying to discern between wealthy people, who had enough money to buy lots of candles and have big windows because they could afford the heat, with people who couldn’t afford that so their windows would have been smaller, making the rooms darker and more subdued. It had to look as though there were two different environments.” 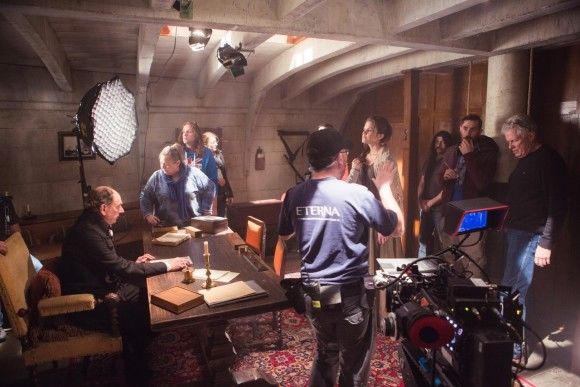 According to DP David Herrington, since there was no gas lighting at the time, he had to make his interiors look as if they were entirely lit by candle. (Photo credit: Duncan De Young)

Most of Frontier was shot in the winter and Herrington wanted to show the cold with icy breath in the air. For night exteriors, Herrington lit many of the scenes using firelight (candles and torches) and used a minimal amount of light on trees lit from condors. “I was lighting by eye generally,” he says, “and I didn’t want a ‘Hollywood’ effect of rim-lighting everything with huge moonlight.”

In terms of his ISO settings, Herrington would be set at native 800 ISO and would occasionally dial his gain up to 1,200. He would also use the camera’s native 5,000 ISO setting and dial down to 1,600. He would try and shoot at a 2.8 but when shooting on a long lens following an actor, he would give his AC a higher ISO rating so he could get a 4 or 5.6 stop, which allowed his AC easier focus pulls while still lighting minimally. “My B-camera guys were just in love with this camera,” says Herrington. “Sometimes I would be shooting at a 2.8 or a 4 inside a bar, which was one of our main sets and it was dark. There is so much latitude on the chip itself, I just loved having the darker feel – rather than over lighting and bringing it down in post.” 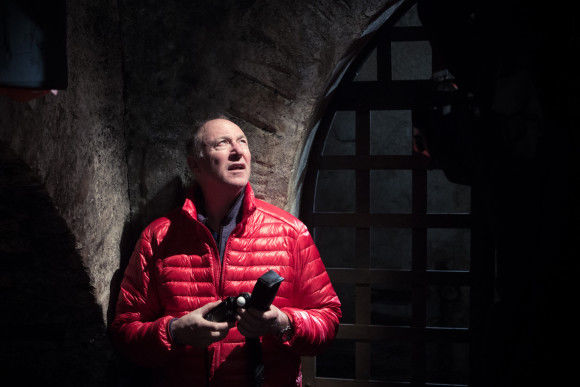 Frontier was posted at Technicolor in Toronto. According to Herrington, some scenes were “a little bright” so he took them down using power windows. During shooting, he generally put his skies at around 75% on his vector scale so he would still have highlight detail in post. “Instead of doing a lot of flagging on a lot of areas, I just left it open so we can put a vignette or some sort of grad in the frame,” he explains. “It was very similar to what they did on The Revenant.

“It’s really about the performance and writing more than anything else,” concludes Herrington. “My goal was to make sure that the set was the best it could be in terms of showcasing the actors and actresses’ best performances so we tried to keep a quiet set. Their performances show that.”

To watch Frontier, visit www.netflix.com. (You must have a Netflix subscription to view episodes.)

Here's the official trailer for Frontier...

Here’s a behind the scenes video put together by Discovery Canada’s Daily Planet. (Cool footage of the VariCam 35 at around the 3:08 mark.)