Newark, NJ (September 13, 2019) – Panasonic is proud to announce the development of firmware for the LUMIX S1H full-frame mirrorless camera which enables the output of 5.9K/29.97p RAW and C4K/59.94p video data to the Atomos Ninja V monitor-recorder. The firmware is scheduled to be launched in early 2020.

Panasonic has a long history of collaboration with Atomos.  This relationship will deliver new RAW video functionality for the S1H.  5.9K up to 29.97p and C4K*3 up to 59.94p in RAW delivered over HDMI is in development. With this firmware Apple ProRes RAW can be recorded on the Atomos Ninja V. 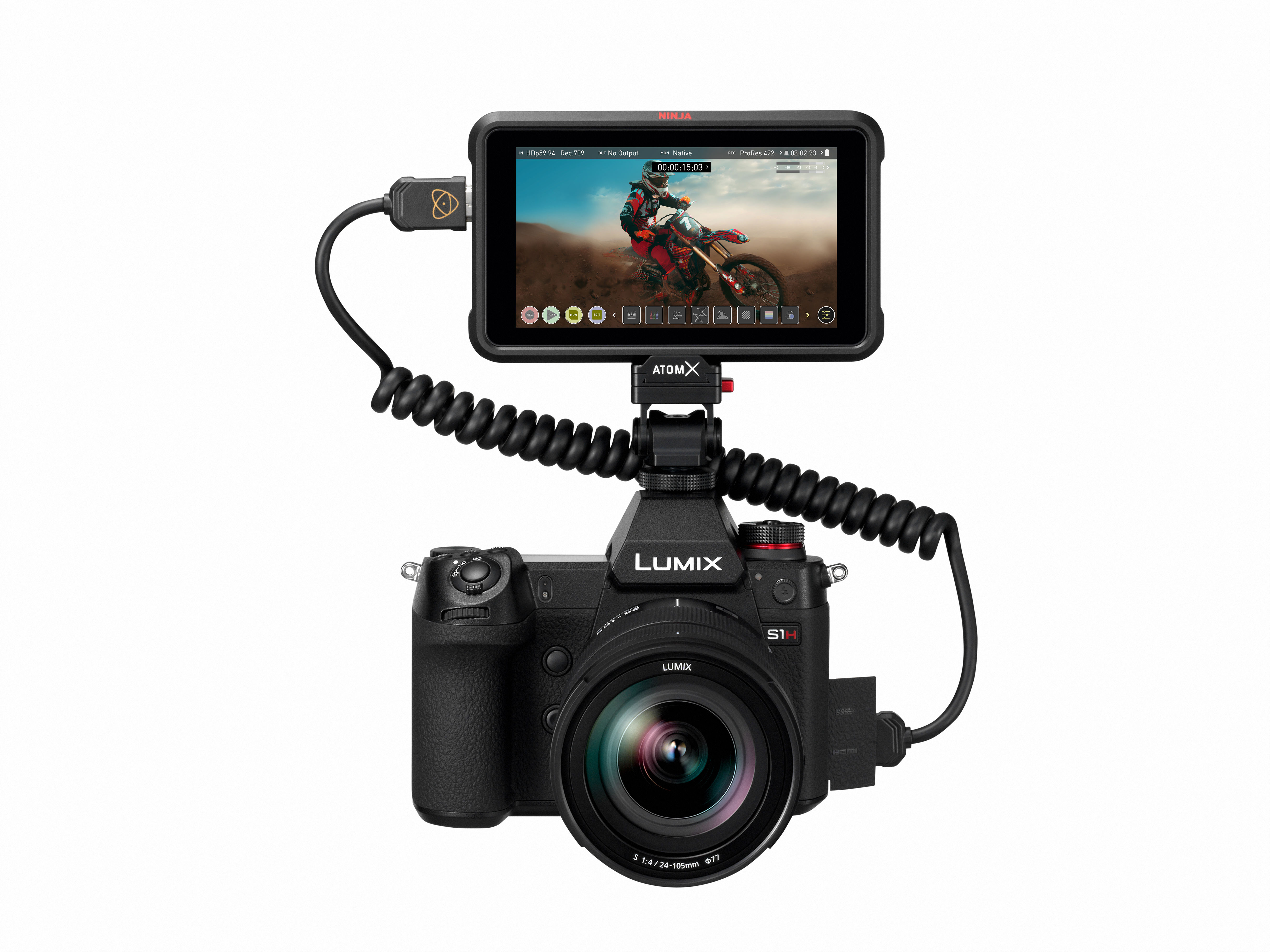 A LUMIX S1H prototype with this firmware will be exhibited along with the Atomos Ninja V in the Panasonic booth (Booth No. C45, Hall 11) at the IBC2019 (International Broadcasting Convention) to be held in Amsterdam, the Netherlands, from September 13-17, 2019.

*1 As a full-frame digital interchangeable lens system camera, as of August 27, 2019. Panasonic research.

Based in Newark, NJ, Panasonic Consumer Electronics Company is a division of Panasonic Corporation of North America, the principal North American subsidiary of Panasonic Corporation. The company offers a wide range of consumer solutions in the U.S. including LUMIX Digital Cameras, Camcorders, Blu-ray players, Home Audio, Technics, Cordless Phones, Home Appliances, Beauty, Grooming, Wellness and Personal Care products and more. Panasonic was featured in Fortune Magazine's 2016 ranking of 50 companies that are changing the world and doing well by doing good. Specifically cited were its smart and sustainable technologies, including its contributions to smart cities and the electric vehicle revolution.