What other states can learn from sun-rich Hawaii

What other states can learn from sun-rich Hawaii

By 2045, Hawaii plans to be 100% powered by renewable energy sources. But today, a heavy reliance on fossil fuels make it the most expensive place in the U.S. to generate electricity. This article from Forbes will enlighten you on how the Aloha State is becoming a renewable energy pioneer and green movement leader.

Hawaii may have become the nation’s 50th state in 1959. But it is now leading the country’s green energy movement. And it could become a beacon for how the other states proceed with regard to their renewable energy strategies.

Indeed, Hawaii’s plan is to produce 30% of its electricity from renewable energy by 2020 and to hit 100% by 2045. The state may be sun-rich but its trek still has challenges ahead: It now gets much of its energy from oil, making it the most expensive place in the country to generate electricity. And displacing that oil with green energy will require technology – bottling up those electrons and releasing them during peak hours. But the cost of that energy storage remains high, although those prices are coming down. 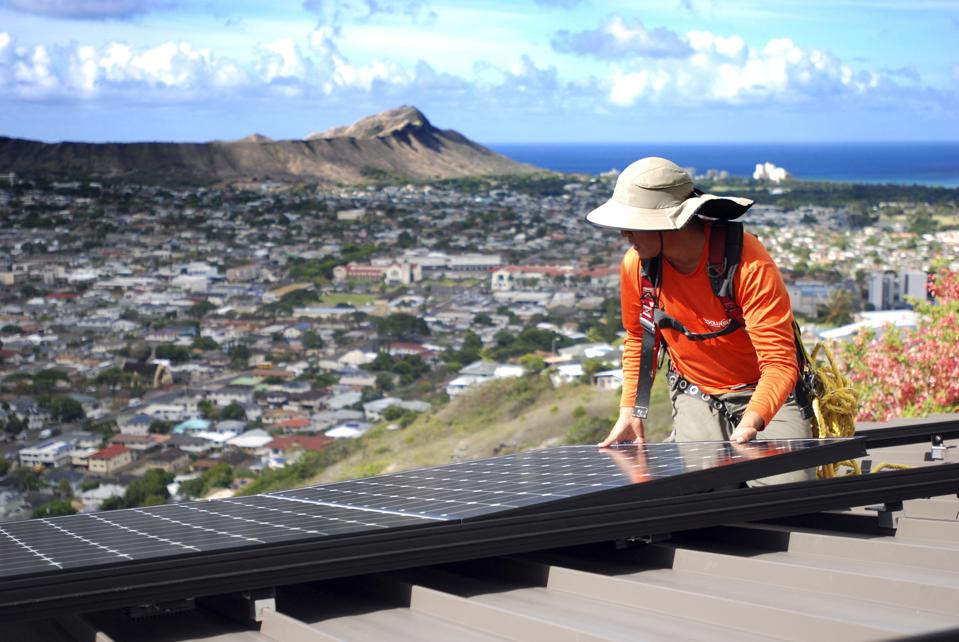 FILE – In this file photo, Dane Hew Len, lead installer for RevoluSun, places a solar panel on a roof in Honolulu. The Hawaii Public Utilities Commission approved a plan for Hawaiian Electric’s customers to enroll in a program that charges different rates for electricity based on the time of day. Solar advocates have pushed for such a program. (AP Photo/Cathy Bussewitz,File)

“We have the highest solar rooftop penetration in the country,” says Jim Kelly, vice president of corporate relations for Hawaii Electric, in an interview. “One of every three single family houses has rooftop solar. Eighteen percent of homes have rooftop solar. In addition to the federal tax credits, we have generous state tax credits. So it is financially appealing.”

What can other states learn from Hawaii?

Consider that the U.S. Energy Information Administration says that wind and solar power now provide about 10% of the country’s electric generation and that this figure is expected to grow as the cost of wind turbines and solar panels fall. Hawaii may be uncommon but its experience centers on acquiring new technology and setting progressive policies.

For starters, Hawaii can get as much as 60% of its electricity from renewable energy on good days. Smart grid technologies enable the grid to shuffle more green electrons through the wires. If system operators can accurately gauge when wind or solar resources might be down, for example, they would be able to dispatch other low-cost generation. 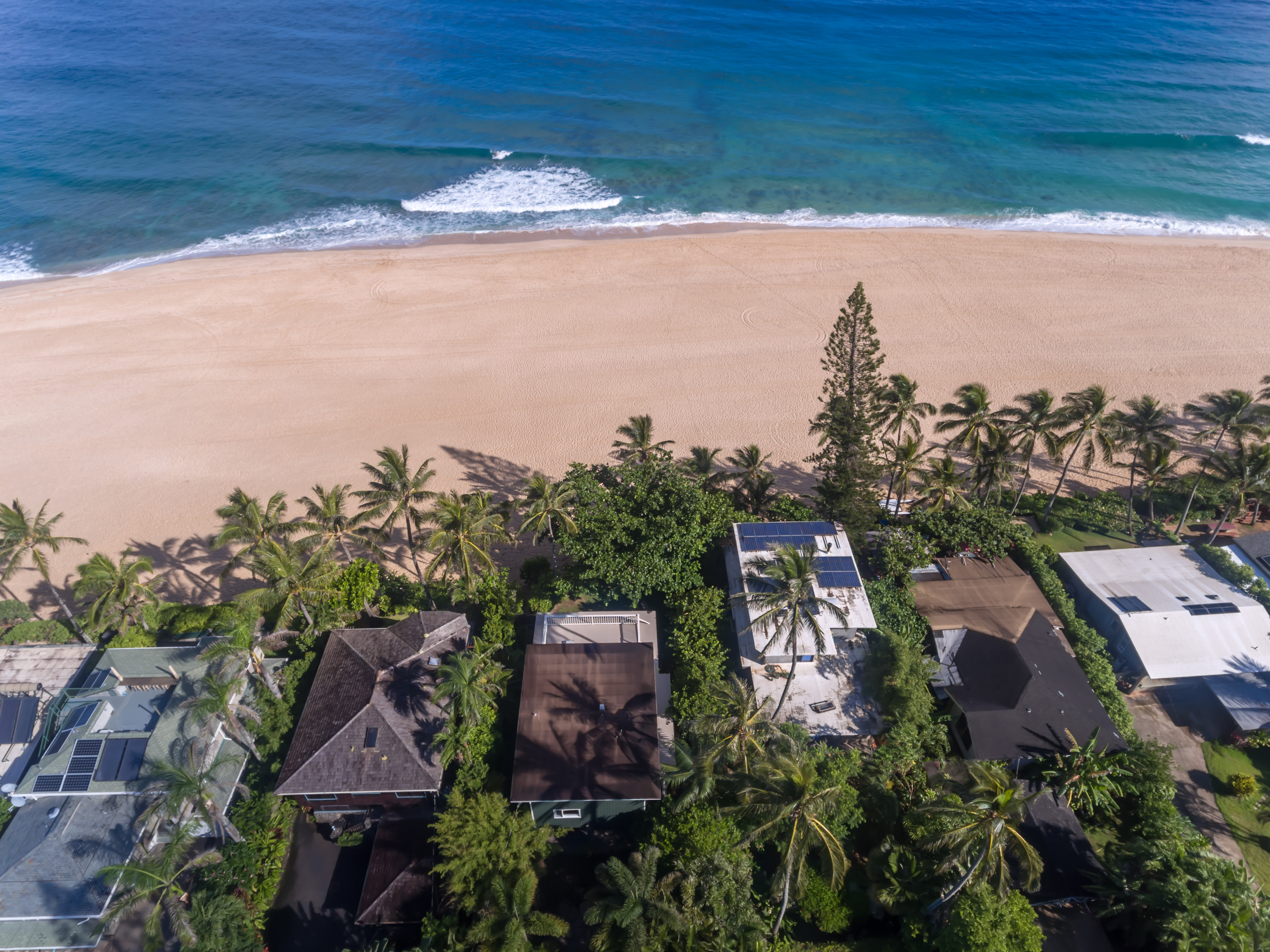 And then there is the changing energy paradigm – the fact that an increasing number of homeowners and businesses are using distributed energy resources and placing solar panels on their roofs. In the case of Hawaii, 18% of homeowners have their own generation, or about 74,000 homes. But the utility must still procure enough fuel to supply electricity to those homes in the event the weather does not permit. That means it needs a more holistic view of its operations, enabling the company to be more efficient.

“The goal is to try and reduce the cost and to enable the headroom to make the transition to 100% renewable energy doable,” says Jason Benn, chief information officer at Hawaii Electric, in an interview. It is using SAP’s “Enterprise Resource Planning” software – a cost that its utility commissioners are allowing to be recovered from customers over 12 years, to the tune of $77 million. 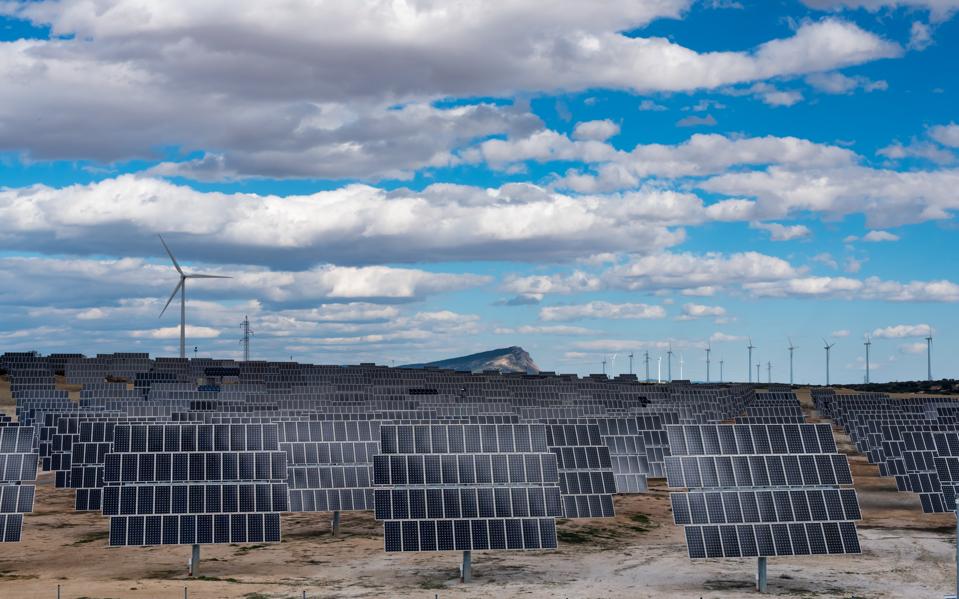 The obvious question here is whether the state’s renewable energy goals could put Hawaii Electric out of business. That is, as more customers employ rooftop solar panels, the utility will sell less electricity. What gives?

The state uses a mechanism called “decoupling,” which simply means that the utility does not have to increase its sales to meet its financial targets. While sales have actually been falling for the last 15 years, the regulatory pact guarantees that the company can recover its costs.

In other words, utilities are rewarded for selling less electricity. It’s all in the name of encouraging energy efficiency and reducing air pollution. The idea is to separate utility rates from their sales volume. Such decoupling allows utilities to promote energy efficiency while still recouping their allowable expenses. Under traditional regulatory structures, utility earnings are tied to the volume of electricity and natural gas that customers use. So, even a small reduction in consumption can make a large cut into a utility’s profitability. This presents a strong financial disincentive for those companies to push energy efficiency and to go green. 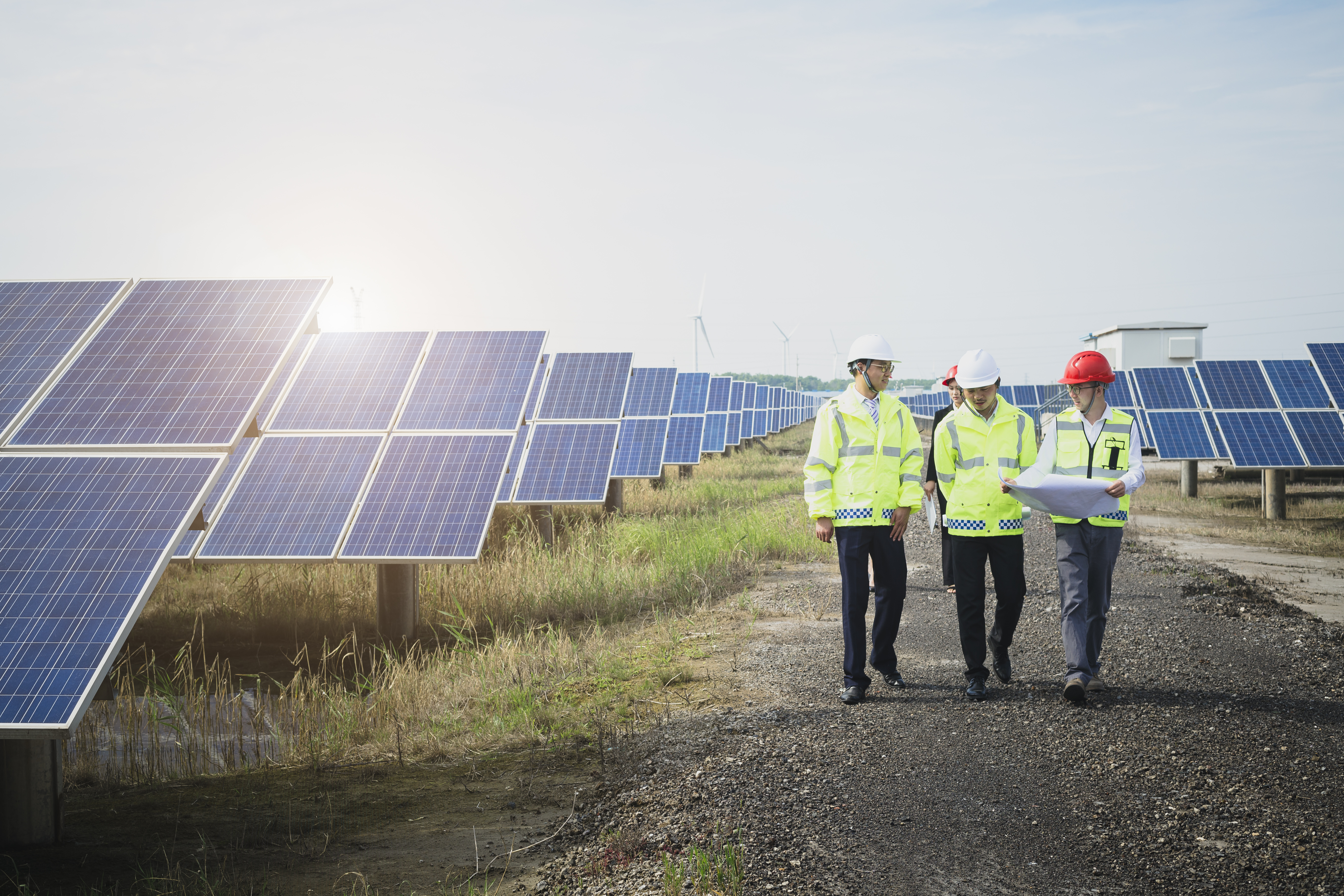 “This reduces the demand on our system,” says corporate relations manager Kelly. “And with the financial system that has been set up, we are able to recover the fixed cost even when the sun is not shining.” That is different from “net metering,” which is how the utility compensates its customers for the electricity that they put on the grid.

The important role of battery storage

Enter now battery storage, which is critical to how Hawaii handles this passage into the renewable era. Right now, the utility has too much solar and it has to curtail it during times when energy usage is less. Battery storage allows the utility to harness those electrons and to discharge those devices during peak periods – for four hours at a time, instead of having to run a fossil plant. The utility currently has proposals for seven grid-scale solar-plus-storage projects totaling 262 megawatts with 1,048 megawatt-hours of storage. 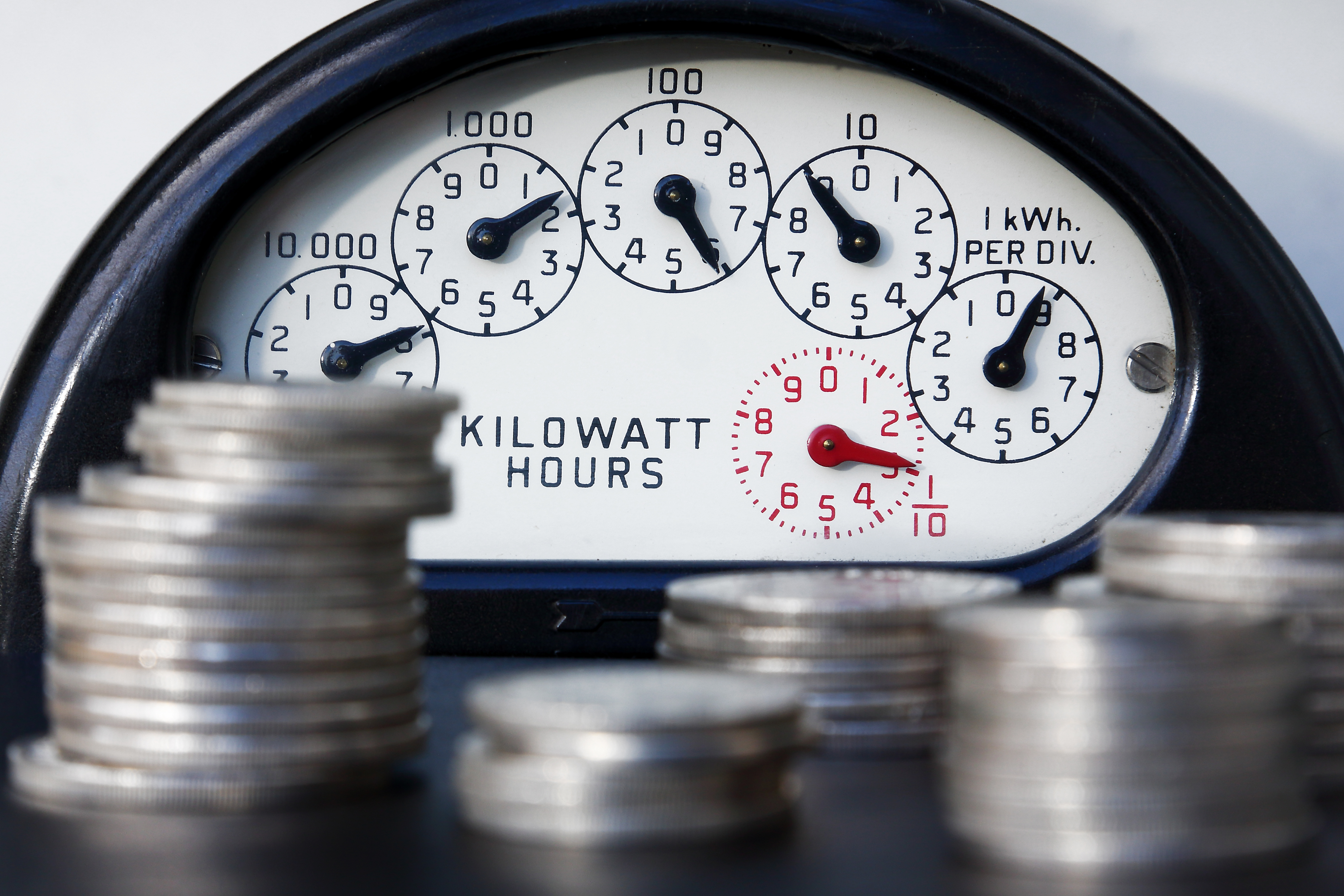 After one decade of the Hawaii Clean Energy Initiative, the utility says that it has reduced fossil fuel use by 19%, importing about 88 million fewer gallons of oil annually to generate electricity. These seven projects, if approved by regulators, could possibly increase that to 100 million gallons when compared to 2008. It adds that the prices are the cheapest so far, which is similar to what other utilities such as Xcel Energy are experiencing.

Hawaii is now at the forefront of the New Energy Economy. It is cutting its reliance on oil as a form of electric generation and it is depending increasingly on green energies. Modern technologies and forward-thinking policies are a big part of its approach – tactics from which other states could learn.

This article was written by Ken Silverstein from Forbes and was legally licensed through the NewsCred publisher network. Please direct all licensing questions to legal@newscred.com.

Why Quality Battery Storage Makes All The Difference For Homeowners

From the water in your bathroom to the electricity that powers your kitchen, this handy infographic shows you a home's greediest energy hogs.
Learn more
Back to Trends