The Surprising Ways Big Cities Are Good For The Environment

The Surprising Ways Big Cities Are Good For The Environment

As the world population grows, sustainability and natural resource demands become crucial. As awareness of the problem becomes real, the trend of humans destroying the planet may be reversing. This mind-opening read offers counterintuitive angles on how urbanization can be an asset, and maybe a solution, to population growth and environmental protection.

If you thought the world was crowded now, just wait. According to the United Nations’ latest projections of world population growth, released in June, the planet will add another 2 billion people over the next 30 years. By 2055, the global population will be teetering on the brink of 10 billion. By 2100, we’ll be looking at 10.9 billion humans – an increase of more than 3 billion people, roughly 40% growth over present-day levels.

To sustain 3 billion new lives, food and energy production will need to increase dramatically. Demand for freshwater will spike. And the world is already in the middle of a mass biodiversity extinction crisis. Essentially, in the coming years, we’re going to need to do a lot more with a lot less.

And where will all these people live? Most of them are likely to end up crammed together in increasingly populous cities. (The U.N. Predicts the world will have 10 new megacities by 2030.) And some researchers argue that’s exactly where they should be. 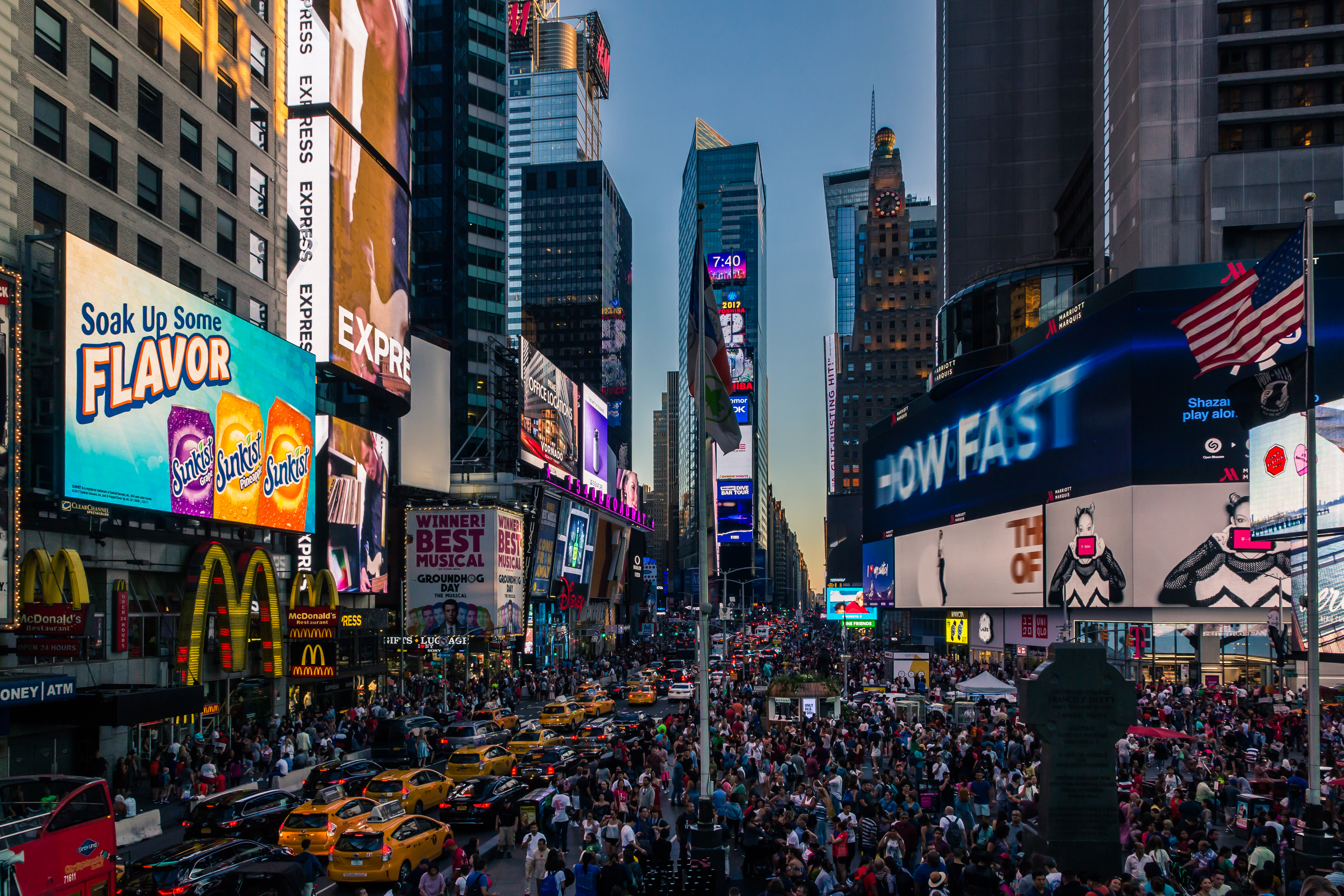 People tend to picture cities, particularly in the developing world, as urban wastelands belching out pollution, breeding sickness, promoting endless consumption and driving population increases. But cities also have a huge potential for getting us out of the very mess they’ve helped get us into, according to some researchers. Well-designed cities, with dense housing and efficient mass transit can reduce energy use and emissions per person, and the opportunities they provide for women puts the lid on population growth, ultimately reducing the immense strain humans are putting on nature.

“Urbanization has been, on the whole, fairly misunderstood,” said Joe Walston, senior vice president at the Wildlife Conservation Society.

Walston and his colleagues looked at how urbanization can be a win for the conservation of biodiversity, in a 2018 paper published in BioScience. The world is approaching a tipping point, they argued, writing that the very trends that have resulted in “unprecedented destruction of the environment are now creating the necessary conditions for a possible renaissance of nature.” 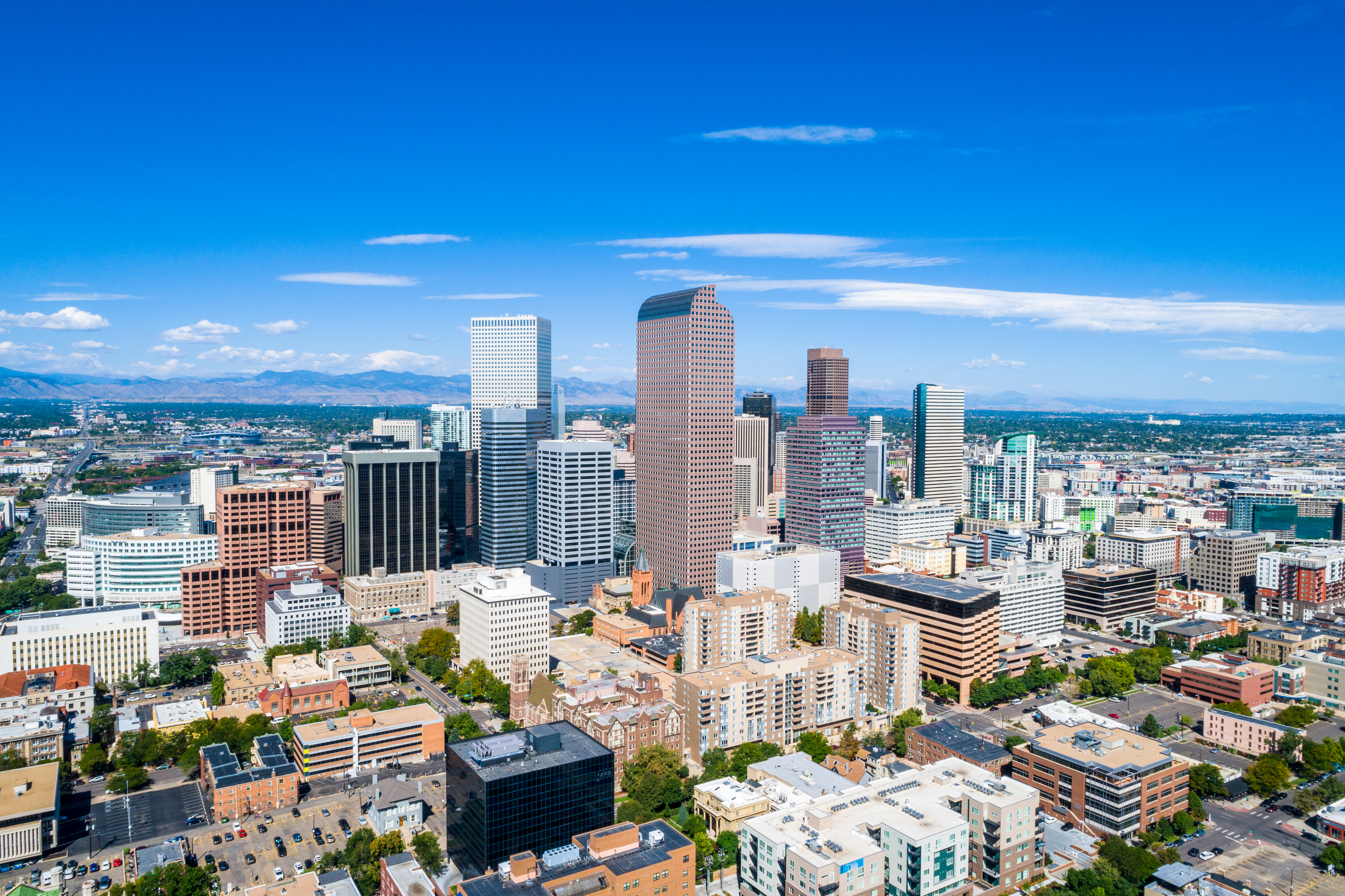 Counterintuitive as it may sound to anyone who’s ever breathed in urban smog or looked out onto a natural landscape punctuated by buildings, cities are integral to this rosy vision of the future. To begin, urban areas occupy only a small fraction of the Earth’s land surface – below 3% – but house a growing majority of its population. More than half of the people in the world live in urban areas today. By 2050, the United Nations estimates, the proportion will approach 70%.

“Urbanization concentrates people and activities,” said Karen Seto, a geographer at the Yale School of Forestry and Environmental Studies. “If we have a world where we’re going to add 3 billion people, it will conserve both land and resources if we have people geographically concentrated.” The alternative – 3 billion people living in single family homes or on 10-acre lots – would encroach upon habitat, agriculture, and wildlife corridors. 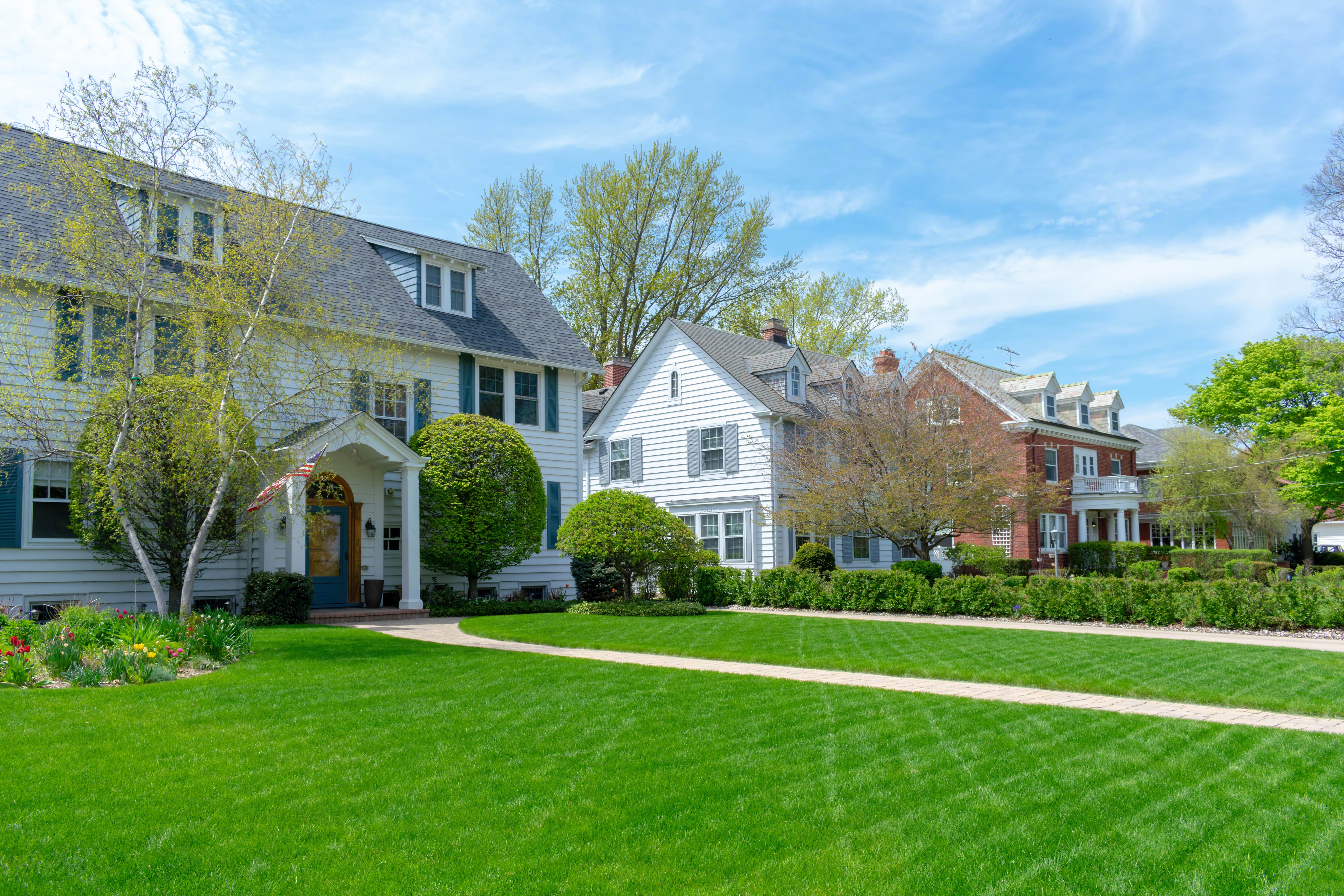 It’s unrealistic at this point in history to have billions upon billions living in rural areas, according to Rob McDonald, lead scientist of the Nature Conservancy’s Global Cities program. There really isn’t a promising alternative when it comes to housing a ballooning global population.

“We need to talk about urbanization as a challenge and an opportunity that we need to plan for,” McDonald said.

“Cities, of course, use enormous amounts of resources and generate tremendous quantities of wastes,” Walston writes, “but their environmental advantages are revealed when consumption statistics are reported on a per capita basis.” A 2011 report from the office of the Mayor of New York City found that the average New Yorker consumes 74% less water, uses 35% less electricity and produces 45% less garbage per person when compared with the average American.

In addition to supporting specific, targeted urban biodiversity projects – such as protecting bees and other pollinators in green spaces – city lawmakers, businesses and residents can harness economies of scale for environmental benefit by, for example, ensuring that buildings are occupied at capacity to limit new construction, using low-carbon building materials, improving public transportation to disincentivize private car ownership, and promoting the repair of household electronic devices to prolong their lifespans. Encouraging clothing companies to use upcycled fabrics and consumers to buy less clothing overall would reduce consumption-based emissions from clothing and textiles by 39% by 2030, according to a June analysis by C40, a consortium of 94 major cities committed to climate change. 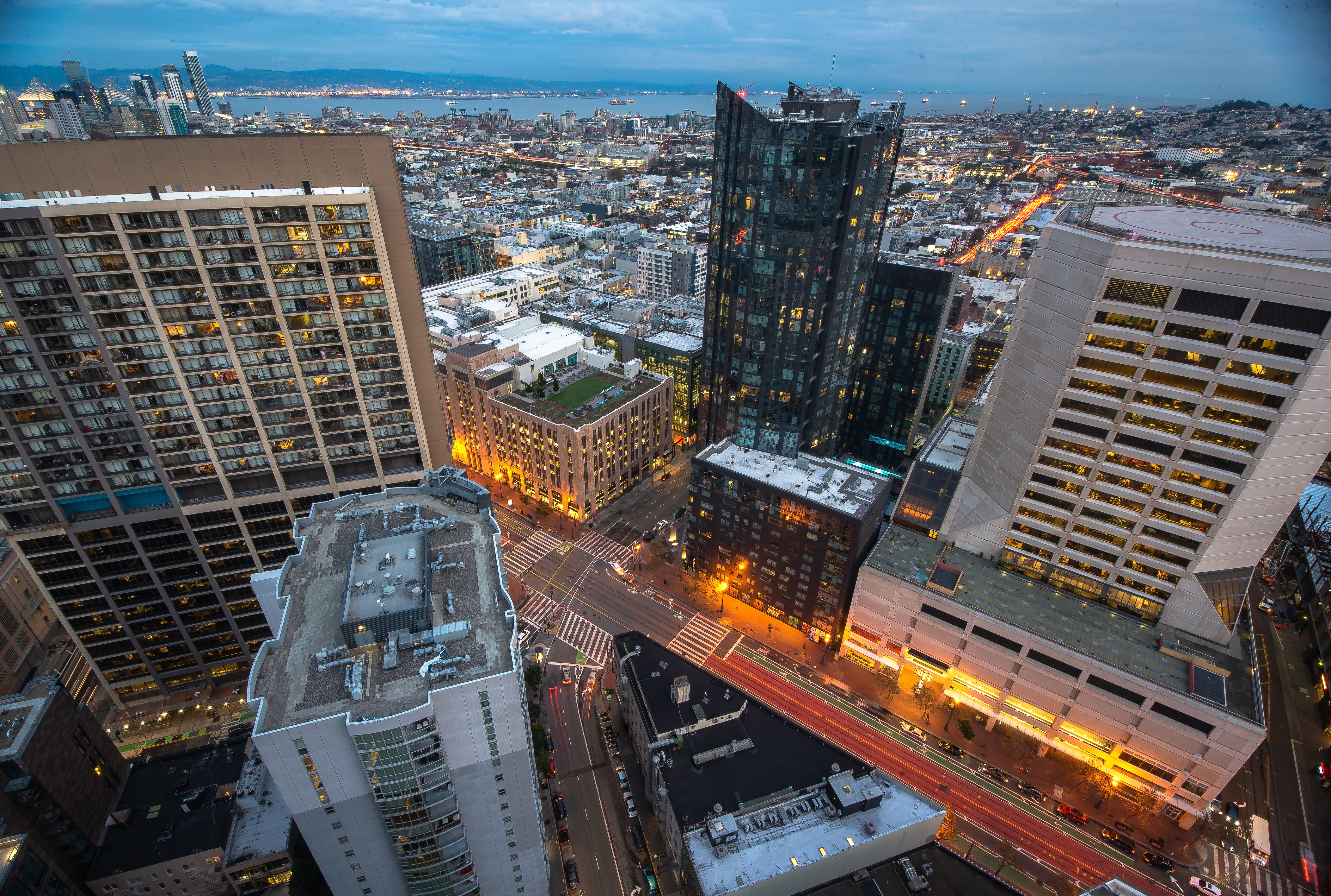 What’s more, cities are hubs of technological innovation and social movements – including conservation activism. Walston’s own Wildlife Conservation Society, along with the first Audubon Society, the Sierra Club, the Nature Conservancy and Greenpeace were all founded in cities, the paper points out.

For the first time in the history of the modern man, we’re heading to a point where we are laying the foundations for the sustained recovery of nature.

As cities grow, so do their economies and the incomes of their inhabitants, and greater incomes often mean greater consumption. But the relationship between urban economic growth and consumption isn’t linear. Citing decades of economic research, Walston and his colleagues deduce that for the very poor, becoming slightly less so (a common positive side effect of moving to cities) will increase consumption as that money is likely to be spent primarily on goods that fulfill basic human needs – food, shelter and clothing. But as urbanites become wealthier, more educated and eco-minded, they can be pickier about the sustainability of their purchases. And they can be incentivized to do so by regulation, economic policy and social norms, writes Walston.

Still, cities have a “leakage effect,” Seto said, where consumption is no longer local, as it would be in rural areas, and instead draws on global supply chains. That means cities aren’t relying on their immediate vicinity to supply individuals’ needs, but rather sourcing and transporting materials from around the world – which hurts biodiversity and the health of ecosystems. C40 concluded that 85% of the emissions associated with goods and services consumed in cities are generated elsewhere. Still, Walston believes we will reach an inflection point at which this extraction of resources will stabilize and eventually decline.

An important factor, he said, will be lower fertility rates, a natural product of increasing urbanization.

Those living in cities have access to better education and employment opportunities, which create greater autonomy for women. When women gain control over their reproductive rights, the birth rate goes down, “no matter which cities they are, under which regime, under which religion,” Walston added.

We may already be seeing this effect taking place. While the United Nations’ 2019 population report predicts a global total of 10.9 billion people in 2100, the previous report, released in 2017, estimated we would reach 11.2 billion by that same year. The rate of population growth is falling – a glimmer of hope. Fewer children means a slowing of population growth, and eventually an easing on natural resources. 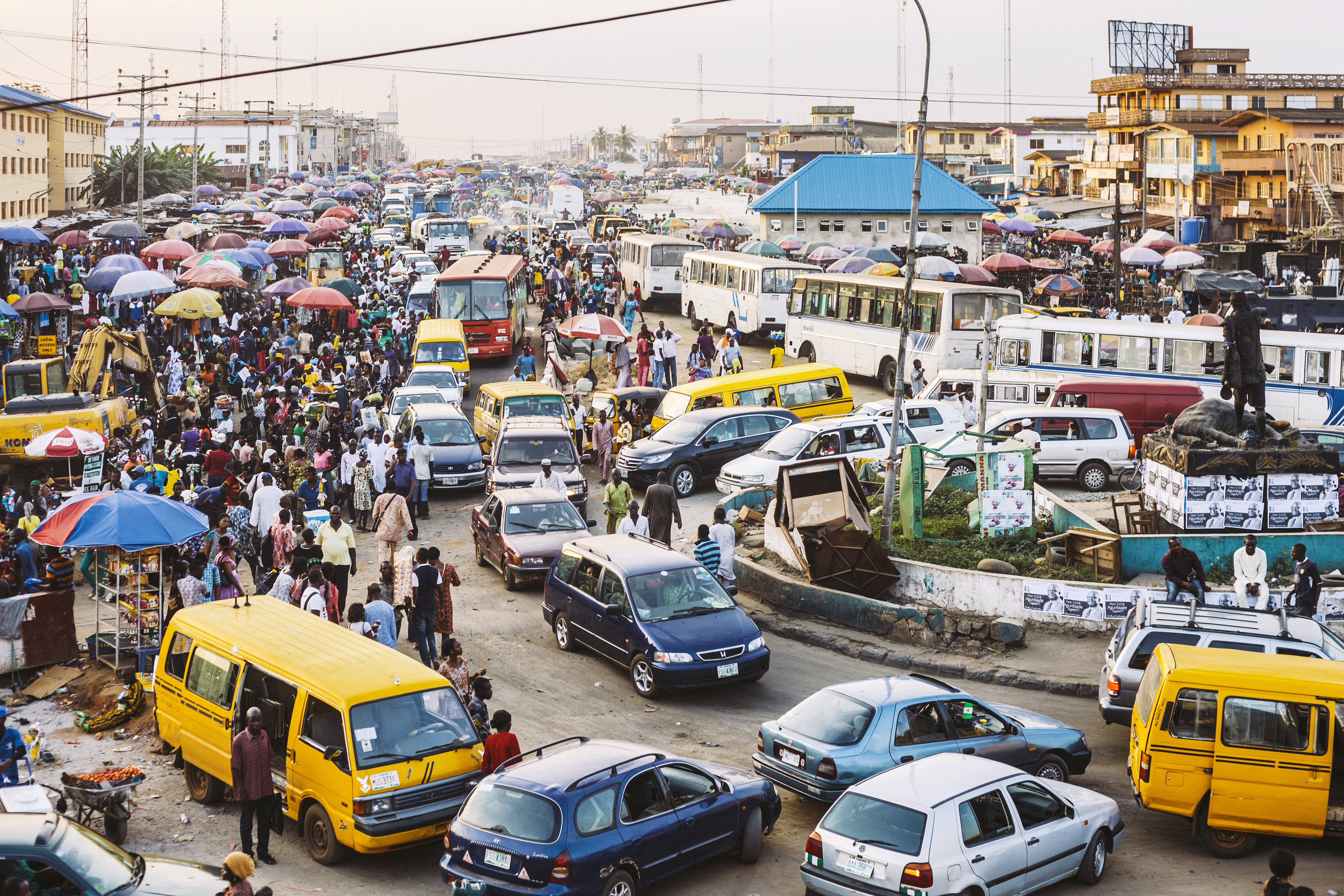 The next 80 years will be pivotal, Walton argues, citing “broad agreement among demographers that the world population, while continuing to grow in the interval, will stabilize around or shortly after 2100.”

For cities to really make a positive impact on the world’s natural environment, they need to be designed and governed correctly, Seto said. Taipei, the capital of Taiwan, is a good example, she added. It’s a high-density city with efficient public transit, effective waste management and high bikeability. Compared to other densely populated Asian cities, Taipei churns out far fewer pollutants.

But many countries don’t have the effective land governance nor resources to build denser housing and subsidize efficient and accessible public transit. Without strong governments, urbanization won’t help flora and fauna. “In a lot of places where there are biodiversity hotspots, we see urbanization that is more like suburbanization,” Seto said. “This is very much the case of Africa, and parts of South Asia,” where a vast majority of new urbanization is expected to take place. Such sprawl gobbles up more sensitive natural habitat and forces people to drive longer distances, increasing emissions.

With sub-Saharan Africa expected to double its population over the next 30 years, Walston urges leaders and NGOs in developed nations to help guide sustainable growth in new and burgeoning cities there.

The overarching question is: Can any of this be done fast enough? Urbanization may prove a surprising antidote to today’s troubling environmental trends, but what happens in the 80 years between now and the turning point, Walston predicts, will be of vital importance for the Earth’s ecosystems and to the 800 million people living in low-lying coastal cities at risk from sea level rise.

“Nature is getting destroyed and consumed at an unprecedented rate. We’re in the middle of a global environmental crisis,” Walston said. “On the other hand, for the first time in the history of the modern man, we’re heading to a point where we are laying the foundations for the sustained recovery of nature.”

This article was written by Gloria Dickie from Huffington Post and was legally licensed through the NewsCred publisher network. Please direct all licensing questions to [email protected]