Solar is coming to all new California homes. How many in Fresno already get power from sun?

Solar is coming to all new California homes. How many in Fresno already get power from sun?

California already has the largest installed residential solar base. It's about to get bigger. This article dives into programs such as Go Solar California, Net Energy Metering and others as the Golden State leads the renewable energy revolution for the whole country.

More than 1 million California homes are already soaking up sunshine with solar panels to generate electricity. Next year, that number will surge as new building standards take effect requiring all new homes permitted after Jan. 1 to have solar photovoltaic systems.

In Fresno, which already has the third-highest number of homes in California with rooftop solar panels, the number continues to grow even before the new California Energy Commission standards take full effect. Through the first six months of 2019, the city issued permits for more than 1,640 residential solar systems as additions or alterations to existing homes. That doesn't count solar panels that home builders or developers are already offering as a feature on new homes.

As of June 30, more than 23,300 Fresno homes had solar systems in operation under the state's Net Energy Metering (NEM) program. That's third behind only San Diego and Bakersfield among California cities, according to data from Go Solar California. The total electrical output capacity of Fresno's residential solar panel systems amounted to almost 148,700 kilowatts of direct current (DC) power. That's about 144,000 kilowatts of alternating current or AC electricity after it's converted from DC. 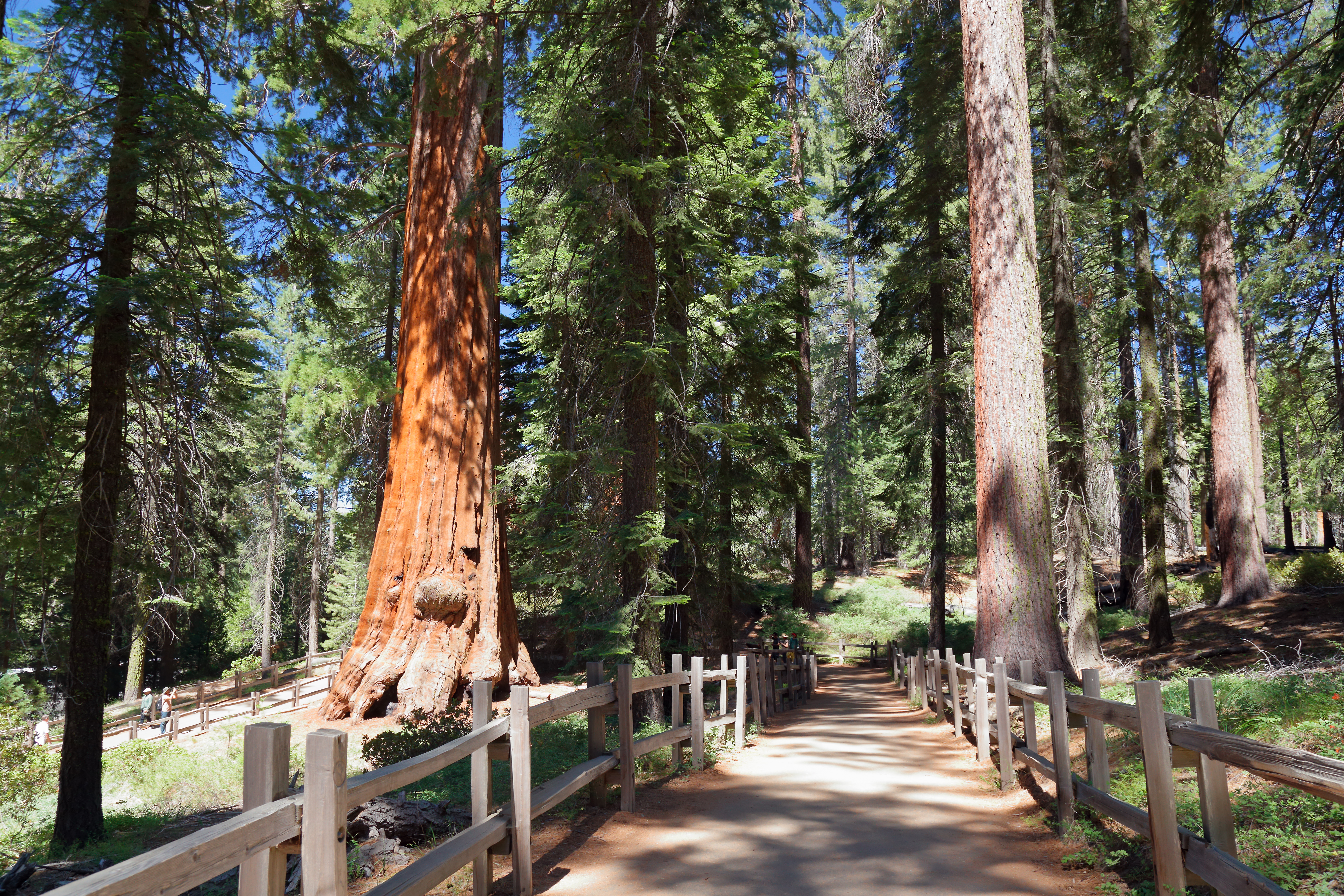 Fresno also has another 1,742 homes with solar installed from 2007 through 2017 under the older California Solar Initiative program.

"There are a few builders that offer solar as a standard feature, and others offer it as an option," said Mike Prandini, president/CEO of the Building Industry Association of Fresno and Madera Counties. "Usually the solar that's included is either included in the purchase price of the house, which makes the mortgage higher, or as a 15-year lease option."

"It depends on which way it works out best in terms of cost for the mortgage or lease. But the big issue going forward is that they have to provide the solar," Prandini added. "It becomes a cost item for the builders." The result, he said, will likely be a greater impact on home buyers at lower- to middle-income levels as the added cost of solar potentially pinches their buying power. Some buyers, he said, may opt for cheaper options for such amenities as kitchen countertops, cabinets, fixtures, appliances or others to offset the price of solar.

The California Energy Commission estimates that the new-home requirements for solar and other energy features will add about $9,500 on average to the cost of building a new home – or about $40 per month over a 30-year mortgage. The commission also estimates, however, that home buyers will save about $19,000 in energy and maintenance costs during the life of the mortgage, or about $80 per month on heating, cooling and lighting bills. 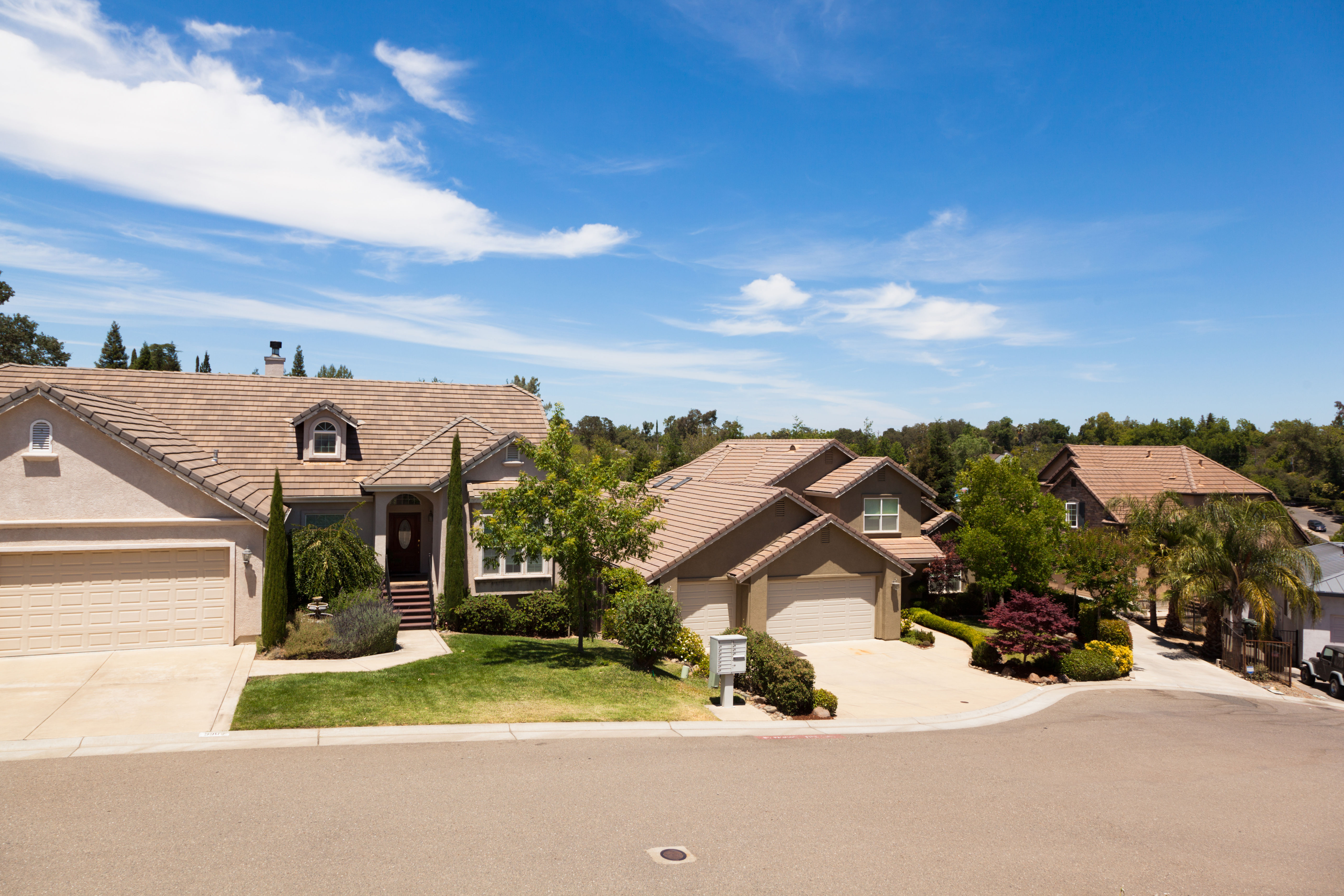 In addition to requiring rooftop solar, the new standards encourage – but don't require – including energy-related technology such as battery storage, heat-pump water heaters, and improved attic, wall and window insulation in new homes and other construction.

"Once rooftop solar electricity generation is factored in, homes built under the (new) standards will use about 53% less energy than those under the 2016 standards," according to information published by the state commission.

Through the first six months of 2019, the city of Fresno issued almost 600 building permits for new single-family or duplex homes. The number of applications for new permits will grow – quickly – as builders work to delay the effect of the new building standards by securing building permits before Jan. 1.

For home builders who already offer solar as a standard feature, the new rules won't really change anything.

"It actually won't affect us at all," said Brandon DeYoung, executive vice president of DeYoung Properties in Fresno. "For the last three years or more we've included solar in every one of our homes … it is a solid value to our homes and homeowners." 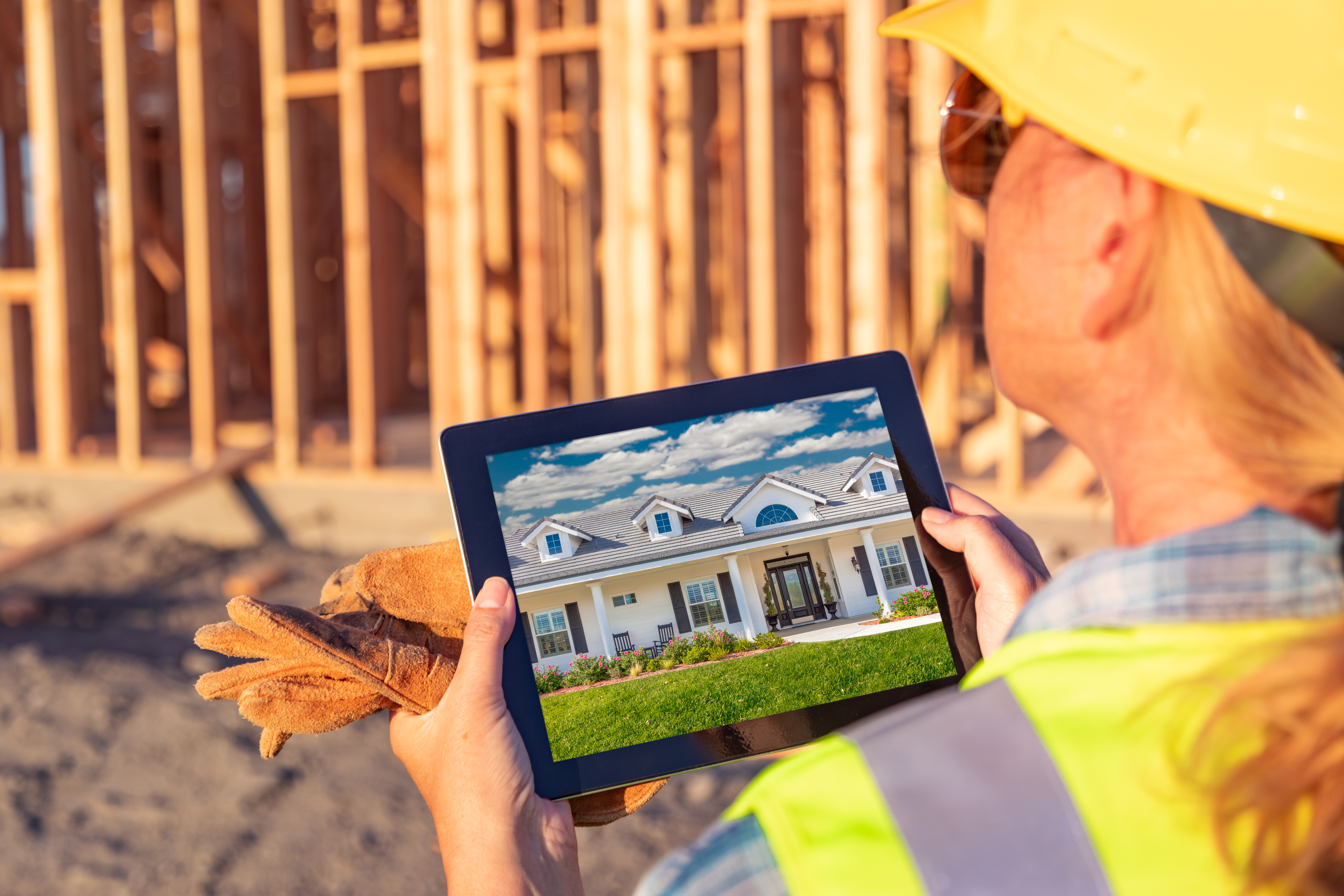 DeYoung said solar is a logical step after prior versions of the building code focused on energy efficiency features that have gone about as far as they can go.

"Now we've pretty much squeezed out all the energy we can through efficiency. At the end of the day, you have to use some electricity, no matter how efficient the home is," he said. "So now we have to produce energy to offset what we use, and there's a big nuclear reactor that comes up in the sky every day."

Trying to beat the clock

"I can guarantee there will be a glut of permits being requested in November and December," Prandini told The Bee. "Whenever there are major changes in codes, builders try to get three to five months worth of permits in December. That gives them time to figure things out under the current code before they actually have to comply with the new requirements."

There's another potential catch. Home builders don't typically handle their own installation of rooftop solar on new homes. Instead, they rely on solar companies as subcontractors just as they do for drywall, carpentry, roofing and many other components of construction. There are worries among builders about the capacity of the solar industry to keep up with demand for new installations under the new code requirements.

"Nobody is really sure what's going to happen when those first homes (permitted after Jan. 1) start under construction in mid-2020 and they need solar crews to put panels on the rooftops," Prandini said.

"Solar contractors are loving it because they have a captive market, just like roofers and framers and plumbers. They're ramping up, but it's not just because of new construction," he added. "What's been driving solar in this area is the number of existing homes that are converting to solar." 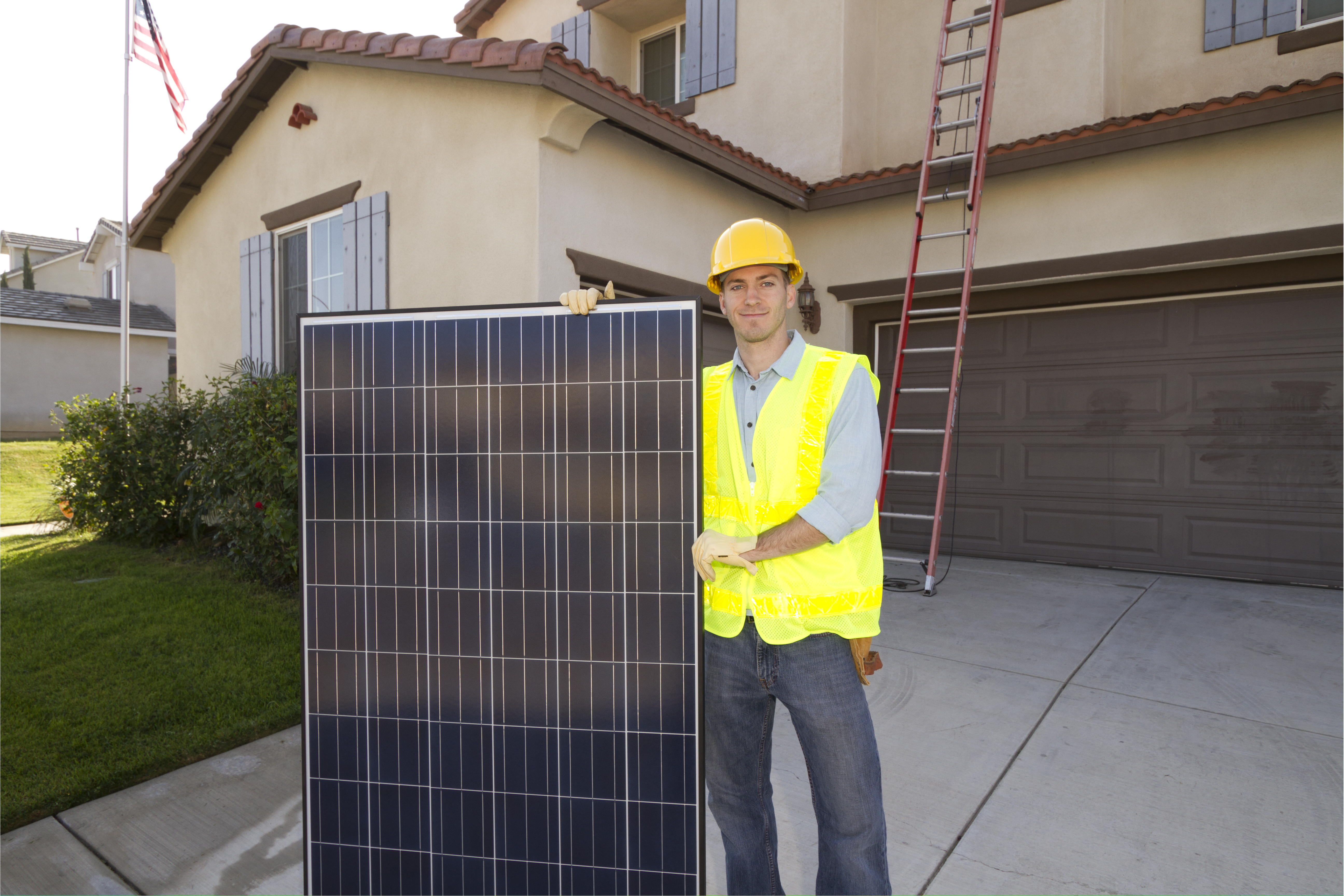 A trade association for the solar installing industry, however, said having sufficient labor to install solar should not be a problem for builders.

"There are about 77,000 people in the solar industry statewide, and it's not unreasonable to think that companies won't staff up more," said Bernadette Del Chiaro, executive director of the California Solar and Storage Association. "There are a lot of companies doing this work out there, mostly on existing homes, so this will just kind of shift the focus incrementally."

Del Chiaro said she believes the 2020 standard "will mean about a 20% increase in the amount of solar installed if it is for all new homes." She added that training for solar photovoltaic technicians, including a program at Fresno City College, is helping produce workers for the anticipated demand.

DeYoung said he's not worried about a shortage of labor for solar subcontractors. "We've got seven or eight solar companies knocking on our doors wanting our business already," he said. "There are plenty of solar companies in our area, and they see this as a huge business opportunity. They're already starting to anticipate the need and gear up their hiring knowing that there's going to be built-in customer demand."

Rooftop solar panels absorb sunlight on photovoltaic cells to generate direct current electricity, which then gets converted into alternating current to flow to a home's wiring through its electrical panel.

The amount of electricity that panels produce is measured in watts. A kilowatt (kW) is 1,000 watts; on a larger scale, a megawatt (mW) is 1 million watts. 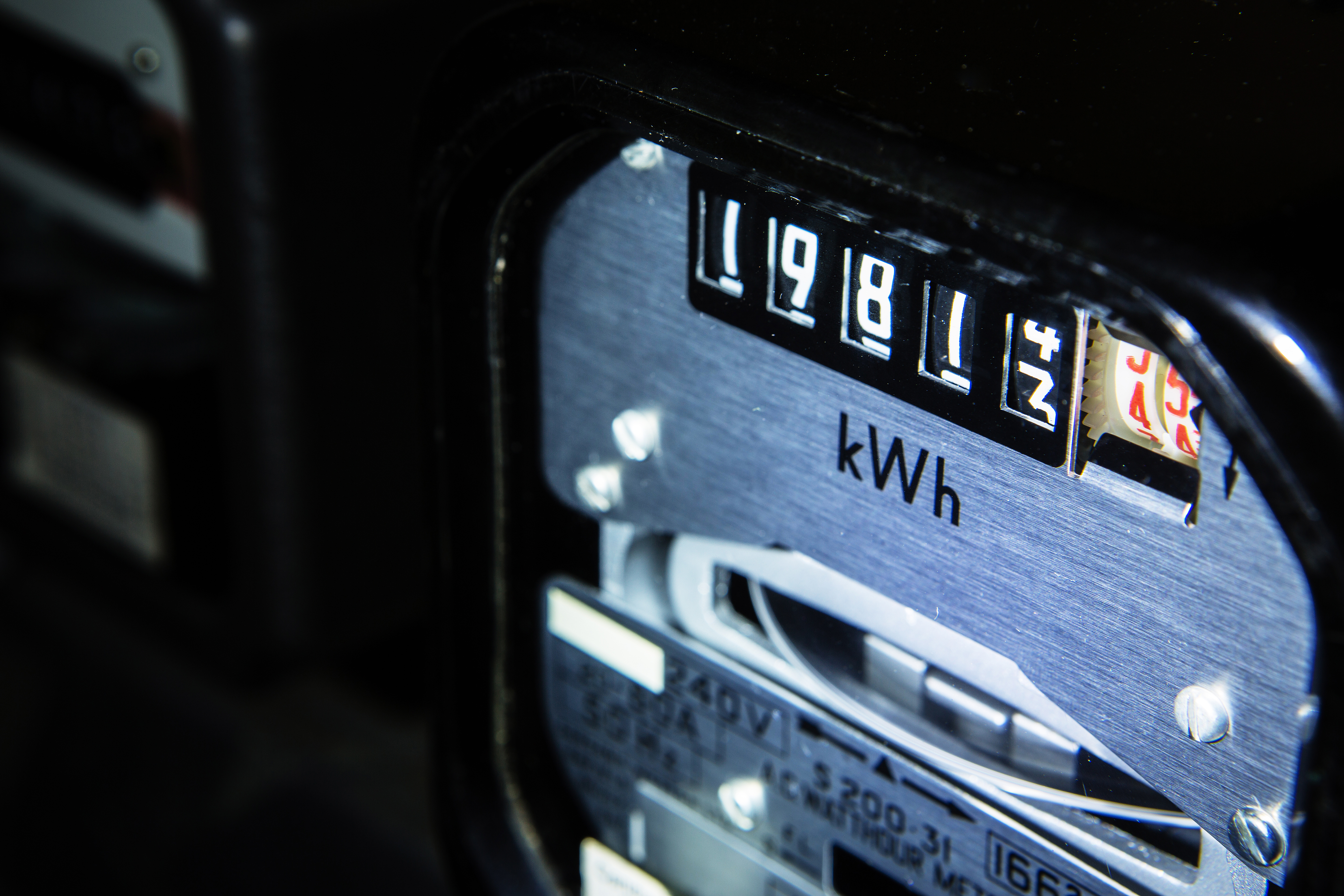 Energy use is measured in kilowatt hours (kWh) – the number of kilowatts that are used over the course of an hour. A 100-watt light bulb burning continuously for 10 hours would use 1 kWh of electricity. The U.S. Energy Information Administration estimates that the average American home uses about 10,399 kWh over the course of a year, or or an average of about 867 kWh per month.

Between both Net Energy Metering and the older California Solar Initiative, the state has a total of 1,004,471 residential solar installations that collectively generate almost 5.5 million kW, or 5,486 mW, of electricity.

California has an abundant potential for rooftop solar, according to Google's Project SunRoof, which uses satellite imagery of rooftops to estimate how much electricity could be generated by solar panels on all suitable buildings – residential, commercial, industrial or government.

Project SunRoof's Data Explorer projects that in just the 43 California counties that it covers, rooftop solar panels could produce more than 243.3 billion kWh of electricity each year. Fresno County, with its wide swaths of forest and farmland where no rooftops exist, accounts for about 7.5 billion kWh of that potential. That doesn't count a growing acreage of fallow or unproductive land where utility-scale solar "farms" are being developed to generate power.

This article is written by Tim Sheehan from The Fresno Bee and was legally licensed via the Tribune Content Agency through the NewsCred publisher network. Please direct all licensing questions to legal@newscred.com.