Is it possible to light, heat, and transport every household with emissions-free renewable energy? Is the break from fossil fuels feasible? This article by Co. Create looks at what some experts say is possible, given the right set of circumstances. Panasonic's vetted installers have all the details you need to find a renewable home energy solution that works for you. Ready to take the next step? Let us get you connected.

A typical American household runs on fossil fuels: natural gas for heat, hot water, and the kitchen stove, gas or diesel to power the cars in the driveway, and coal and natural gas still powering the majority of the electricity flowing in the home, even as the amount of wind and solar on the grid quickly grows.

A new report looks at what it would take for every household to fully decarbonize. Not only is it feasible with technology that exists today, it finds, but the shift could actually save Americans money.

“We’ve been told for a long time that solving climate change is going to cost us a lot of money,” says Alex Laskey, founder and executive chair of Rewiring America, the organization that produced the report. “And there have been some people who would argue – and I was among them – that it’s worth it, because there are going to be a lot of other costs.” But, he says, steep price tags no longer have to be an issue. “The good news from this analysis is that we can solve climate change, we can decarbonize the economy – if we get the financing right, and the regulatory stuff right. We can do it while saving people money rather than costing people money.” 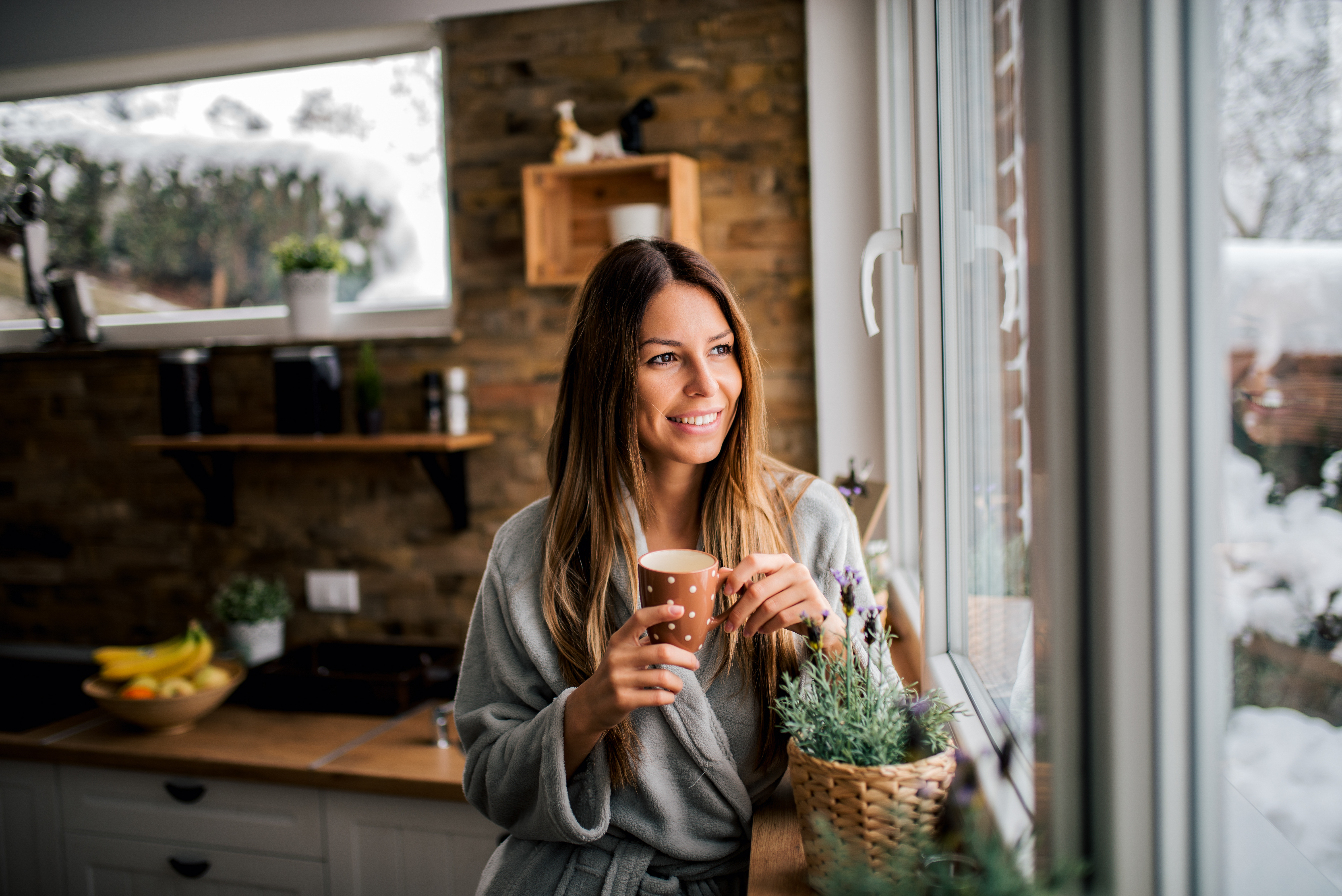 The average household spends around $4,200 a year on energy costs; homes in cold climates spend thousands more. We spend more on electricity, the report says, than we do on education. We spend more on natural gas than going to the dentist. But if homes completely electrified and shifted to renewable energy, under the right scenario, a household could save an average of $2,500 a year.

In a country where even before the pandemic many people didn’t have enough savings to cover a $400 emergency, that’s a very meaningful amount of money. The calculations don’t account for other savings that are likely possible, including reduced maintenance on electric cars, and lower health costs if pollution drops.

To make the shift possible, the government needs to enable cheap financing, since the upfront cost of buying an electric car or putting solar panels on the roof is still often out of reach. To completely decarbonize a home – replacing cars with electric models, installing solar and electric heat pumps, and replacing other appliances – could cost $70,000. But because the systems are cheaper to run over time, if consumers get low-cost financing, they will save money.

They’ll save the maximum amount if the government enables a 2% interest rate, incentivizes industry to dramatically ramp up production of solar panels and the other needed technology, and if permitting is streamlined. That best-case scenario would also create millions of good-paying jobs throughout the country. In a decade, as the cost of technology continues to drop, financing assistance should no longer be necessary. 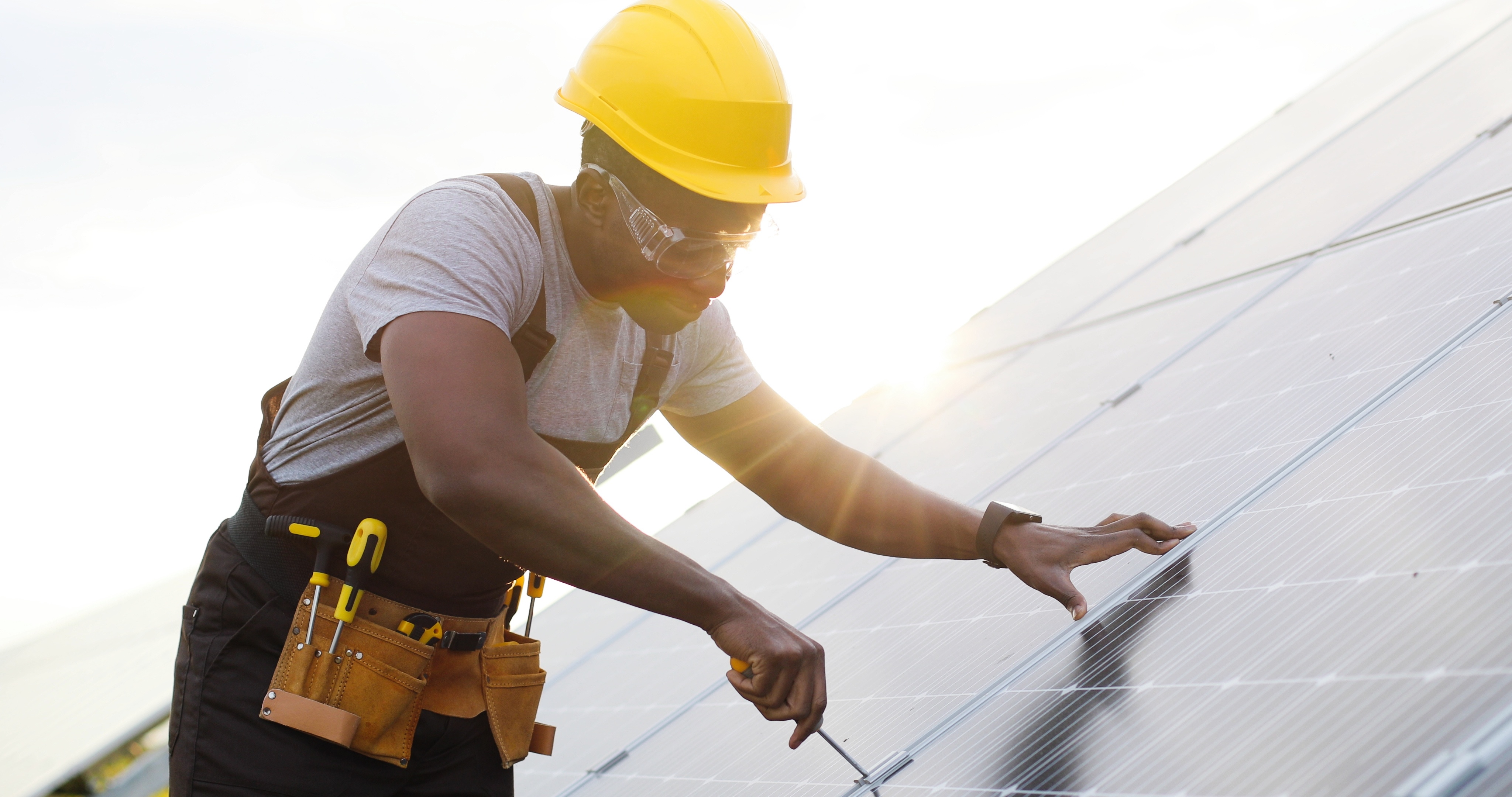 “When we think about infrastructure, we shouldn’t just be thinking about roads, highways, and bridges, and dams, and tunnels,” says Laskey. “Those things are certainly infrastructure, as they were in the 20th century. But the 21st century will also include the solar panels on your house and the heat pump in your basement, because those things will be grid-connected. And even if they’re owned by your family, they’ll be providing infrastructure-type services to all of us. If the lights in my home are in part going to be reliable because of the solar panel on your roof, we ought to treat your infrastructure as shared infrastructure. And we should finance it appropriately and compensate it appropriately for the services it’s providing.”

While many other changes can also help reduce emissions – such as building denser neighborhoods with good bike lanes so people no longer feel the need to drive to run errands or commute to work – the authors wanted to look at what was possible if lifestyles don’t change, but technologies do.

This article was written by Adele Peters from Co. Create and was legally licensed through the Industry Dive publisher network. Please direct all licensing questions to [email protected].