California's commercial and residential builders prepare for the next change on the road to the Golden State's 2045 carbon neutrality goal. All-electric appliances are expected to be the new standard starting in 2023.

California is readying what could be the next game-changing update to its building performance standards.

Building performance standards have been saving Californians energy and money for four decades. Occasionally, updates to the standards, which are strengthened every three years, yield a breakthrough. In 2019, the beneficiary was solar, with regulators approving a requirement for rooftop PV arrays on most new homes in the state.

In 2022, the game-changer is likely to be new rules to tip the market toward all-electric new construction.

Much of the work on the 2022 update to what is officially known as California's Title 24 Building Energy Efficiency Standards has so far been done behind the scenes by staff at the California Energy Commission (CEC). But a recent round of letters from key stakeholders signals the start of the public phase of the process.

Over the past month, letters submitted to the CEC by some of the state's largest utilities, including Pacific Gas and Electric Company (PG&E), Southern California Edison, and Sacramento Municipal Utility District (SMUD), as well as the California Community Choice Association, all carried the same message: adopt an updated energy code that accelerates the transition to all-electric buildings.

"The letters that you are seeing are basically trying to set the stage and influence that process," Pierre Delforge, a building decarbonization expert who tracks the proceeding for the Natural Resources Defense Council, said in an interview.

Stakeholder workshops on the 2022 update are expected to be held in late August or early September. Commissioners are scheduled to vote on the new standards in July 2021, and they will take effect on January 1, 2023. 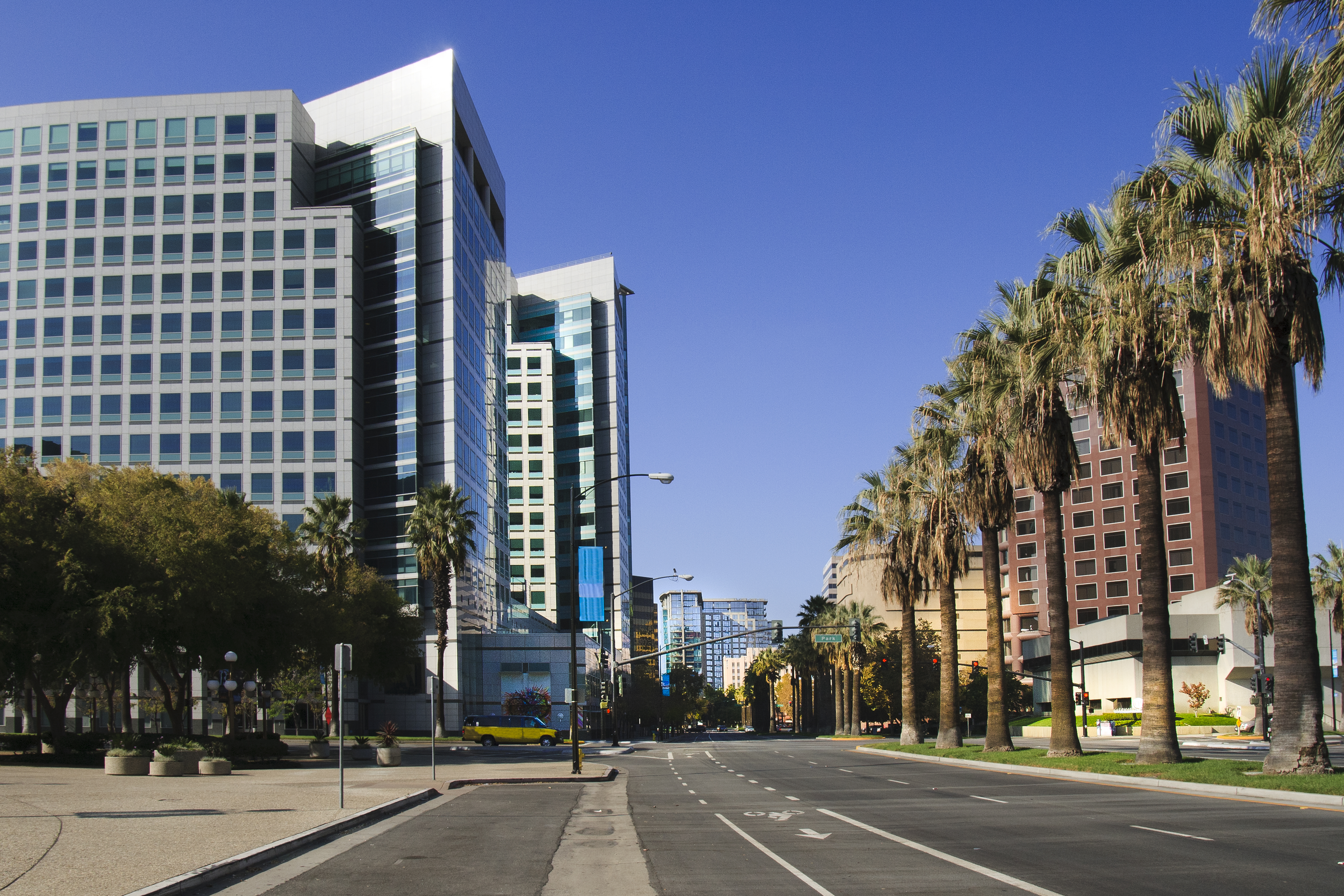 Buildings are the second largest source of carbon emissions in California, after transportation. Shifting to all-electric buildings fueled by renewable power would be a huge boost to the state's decarbonization efforts.

A new analysis from the Rocky Mountain Institute (RMI) found that delaying an all-electric construction requirement to the 2025 code cycle would result in 3 million additional tons of carbon emissions by 2030 and more than $1 billion of spending on new gas infrastructure.

California's utilities get behind all-electric push

The letters from the electric utilities should not come as a surprise: All-electric buildings, with electric vehicles parked in the garages, would be a source of long-term load growth for the utilities.

But the letter from PG&E is a new twist: According to analysts at RMI, it's the first time a dual-fuel utility in the United States formally has called for ending gas hookups in new buildings. 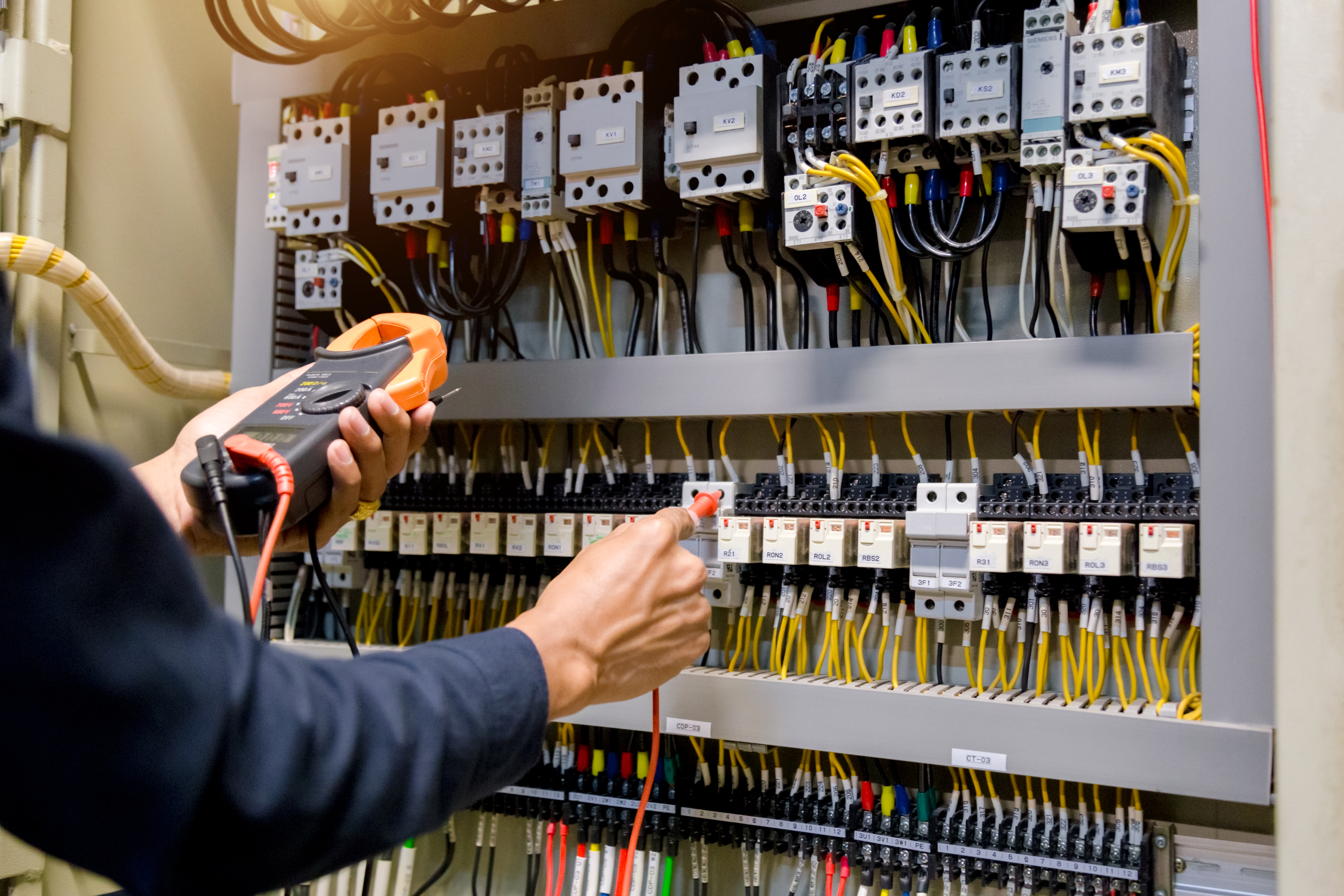 In the letter, Robert Kenney, PG&E's vice president of state and regulatory affairs, wrote that "PG&E welcomes the opportunity to support the California Energy Commission's efforts to advance efficient, all-electric new construction, when it is feasible and cost effective."

Prudently, for a utility emerging from its second bankruptcy in 20 years, the letter takes the long view. According to Kenney, "PG&E welcomes the opportunity to avoid investments in new gas assets that might later prove underutilized as local governments and the state work together to realize long-term decarbonization objectives."

The avoided sunk costs should include not just gas distribution pipes in the ground, but appliances installed in homes and offices, argued Debra Gerod, president of the California chapter of the American Institute of Architects.

"Failure to make this course correction early would result in a continuation of the installation of equipment and infrastructure that will quickly become obsolete and thus have to be replaced before its end of life," Gerod wrote. "Future renovation and replacement costs must be included in cost-effectiveness analysis when considering onsite combustion in buildings."

James Willson, executive director of the Los Angeles chapter of the National Electrical Contractors Association, urged commissioners to "act as aggressively as realistic now. Retrofitting buildings to all-electric is much more expensive than initially building all electric buildings." 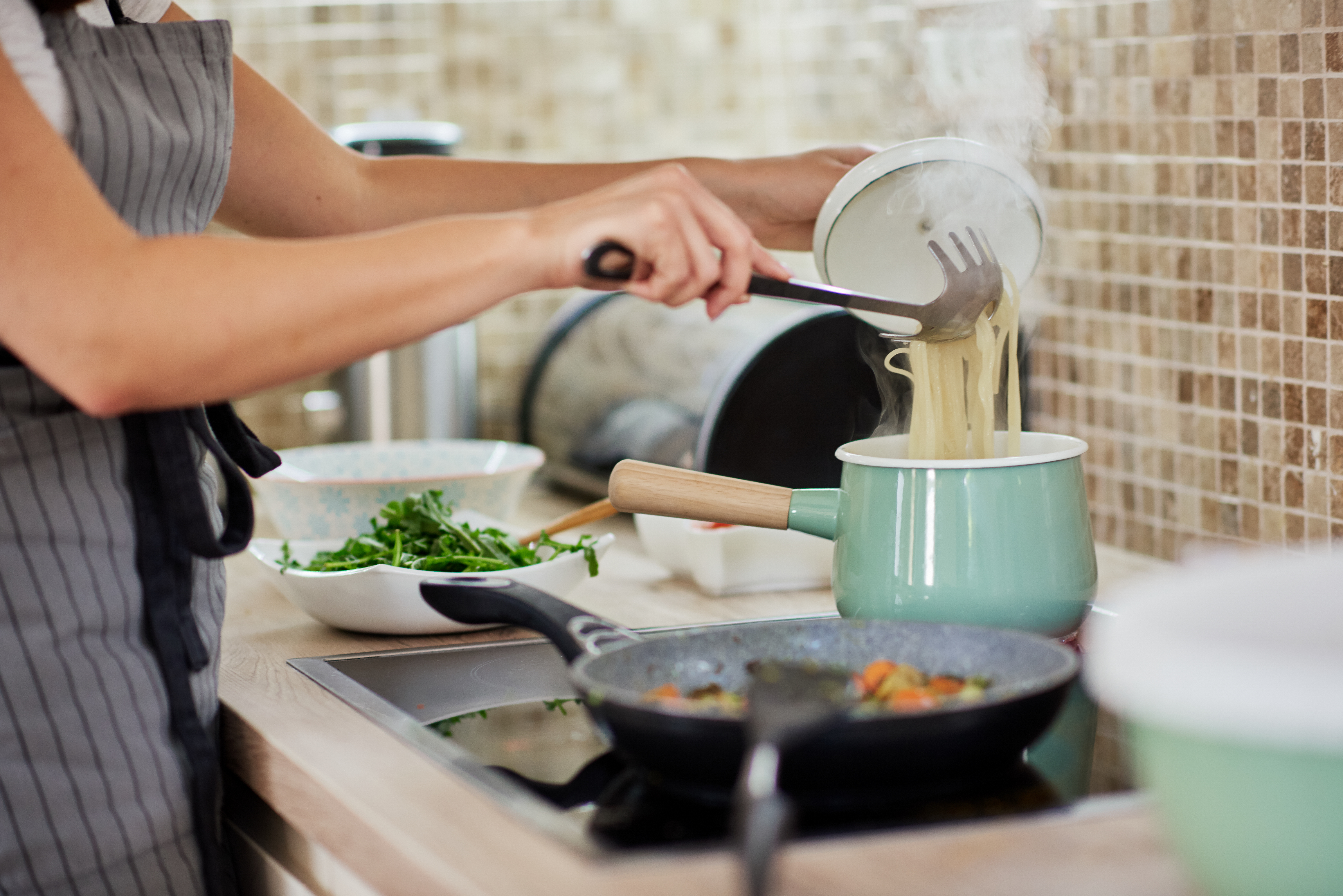 Arlen Orchard, SMUD's CEO and general manager, noted that all-electric homes aren't just cheaper to build than mixed-fuel homes, but that "in SMUD's service territory and much of California, all-electric buildings are also cheaper for homeowners to operate."

SMUD's low electricity rates and generous electrification incentive packages – up to $13,500 for retrofits and up to $5,000 for new single-family homes – have already made all-electric homes the default for new construction in the Sacramento region.

Together, the letters signal recognition by some of the state's most powerful special interests that building electrification is a boulder teetering on a precipice in California – one final nudge could send it hurtling downhill toward inevitability.

"What the letters are saying, and what [NRDC] is saying is, let's make sure that we have a clear conversation around this goal of moving the building code toward all-electric," NRDC's Delforge told Greentech Media.

As far back as 2018, the California Energy Committed had already concluded that "there is a growing consensus that building electrification is the most viable and predictable path to zero-emission buildings."

More recently, a report (PDF) prepared for the CEC found that "building electrification is likely to be a lower-cost, lower-risk long-term strategy compared to renewable natural gas."

"The 2022 and subsequent Standards cycles will have building decarbonization as the primary goal," the Energy Commission's staff said in a March presentation. 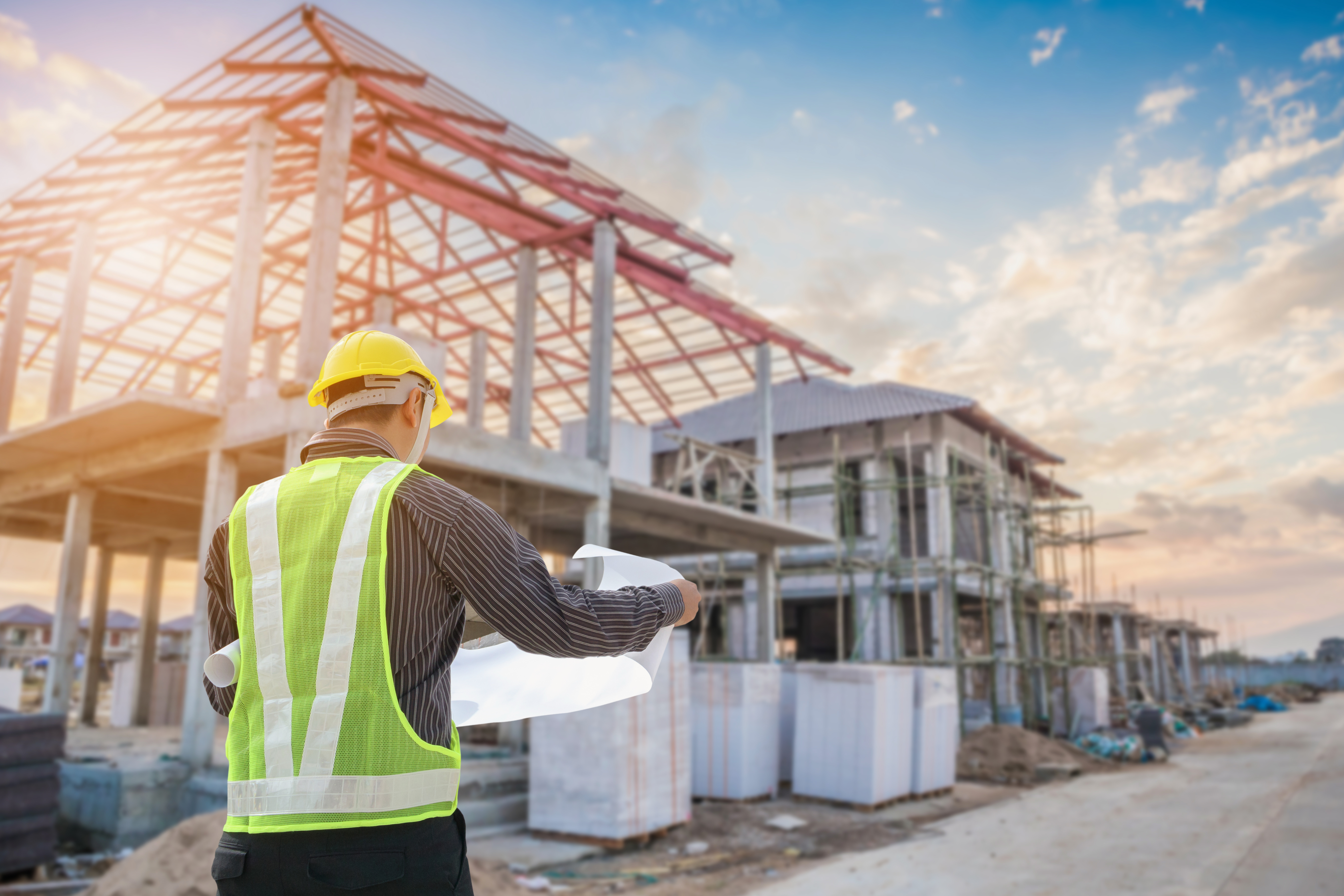 The 2019 update to the building standards created a two-track system for compliance for low-rise residential buildings – an electric baseline for all-electric homes and a natural gas baseline for mixed-fuel homes – so fully electric homes could compete on a level playing field with gas homes.

Energy commission staff have recommended that the 2022 update maintain the separate baselines for low-rise residential mixed-fuel and all-electric buildings as "this approach avoids performance path compliance barriers for building electrification."

The task now before commissioners is to decide whether to maintain the separate baselines or adopt a single all-electric baseline for new construction and to determine how to develop compliance incentives for all-electric buildings of every type.

Commissioners may look for guidance to provisions in ordinances adopted by more than 30 local governments in California that either require or favor the construction of all-electric new buildings. Some of the ordinances, such as the policy recently approved in in the city of San Luis Obispo, don't ban natural gas hookups outright in new buildings but instead make it easier to build all-electric by requiring that mixed-fuel buildings meet more stringent energy performance standards.

"We have to find a way that works for the builders – that will give them some flexibility to build faster, cheaper, and at the same time make progress with a clear direction toward full-electric homes," said Delforge. "We need to find a recipe. And the recipe isn't clear yet."