Your home has a heating and cooling system for comfort. Yet it doesn’t have a healthy air system to ensure you breathe clean air. Since health and building science experts have proven that poor indoor air quality leads to respiratory conditions and many other illnesses, Panasonic created a solution for healthier indoor environments. Introducing Cosmos™, the first healthy home system.

Why do you need a healthy home system?

1Allergywatch.org – US Department of Health and Human Services, National Institute of Health

Now that you are aware of the harmful nature of poor indoor air quality, we have some good news about your health. Cosmos works automatically in the background to remove contaminated air from your home and bring in fresh, filtered air from outside.

Fine particles (also known as particulate matter 2.5 or PM2.5) are tiny particles or droplets are less than 2.5 microns in width and travel through the air, into the respiratory tract and lungs. Medical studies show that particulates suspended in the air can be absorbed deep into the lungs, causing ailments such as chronic bronchitis, reduced lung function and even increased rates of lung cancer and heart disease.

Carbon dioxide (CO2) build-up depends on a variety of factors. The number of people in a room, the amount of outdoor fresh air coming in, and combustion by-products contaminating the indoor air such as idling vehicles in garages and leaky furnaces – to name a few. While generally not found at hazardous levels in indoor environments, at high levels carbon dioxide can cause headaches, dizziness, nausea and other symptoms.

High humidity and condensation from hot showers, baths, leaks and poor caulking can lead to airborne mold spores and mildew, both of which can be hazardous to human health. Mold spores may go undetected at first and can spread quickly if not managed, making it a difficult – and potentially expensive – issue to remedy. Moisture can also cause structural damage to your bathroom, ruining expensive fixtures and cabinetry by encouraging rust and surface buckling.

It is important to manage excess moisture in the home before it causes permanent damage to and health problems. That’s where Cosmos goes to work. 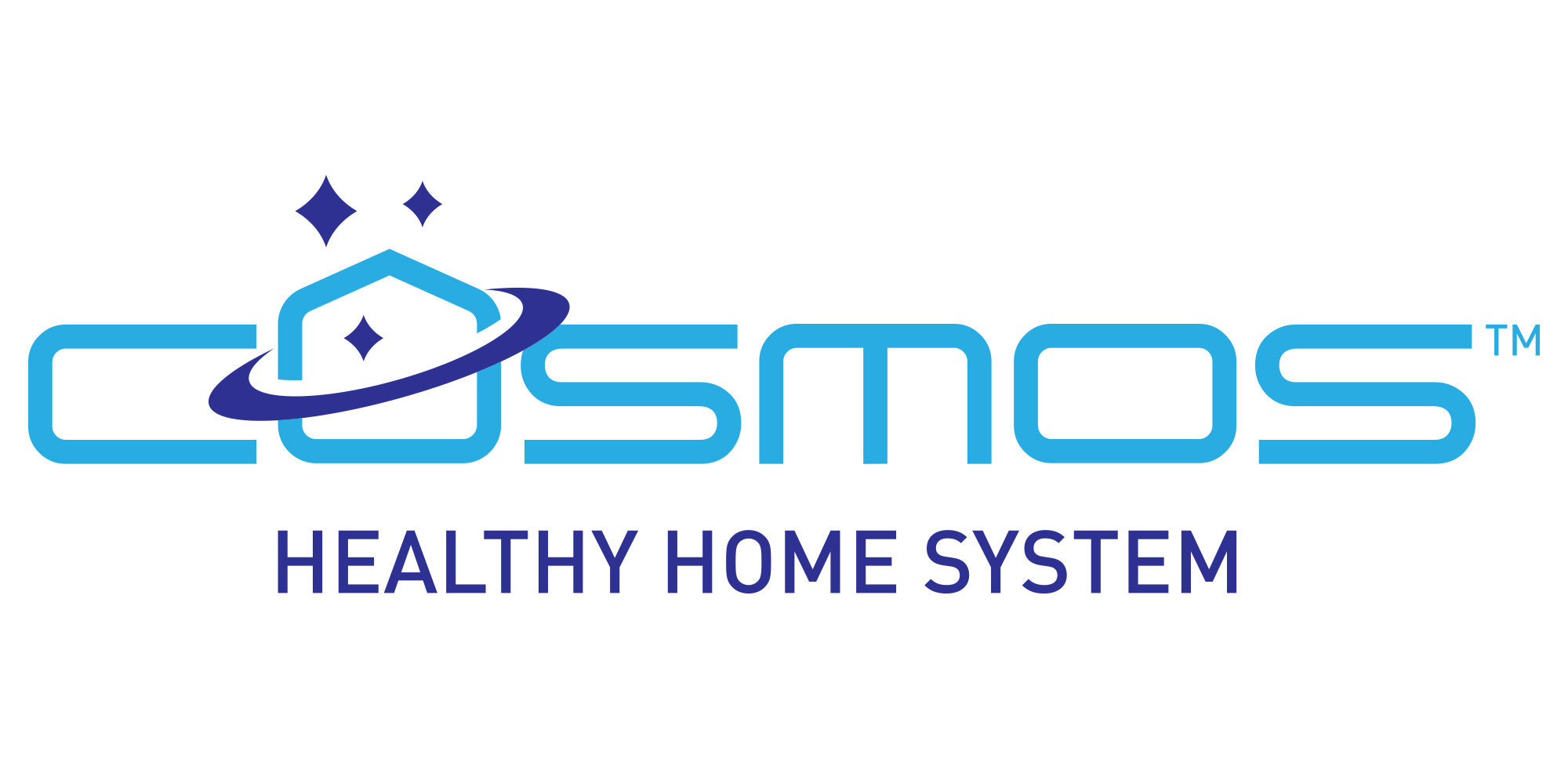 Mobile App Provides data on your home’s indoor air quality in an easy to read dashboard, you’ll know when something is wrong right away.