Olympic diplomacy on the Korean Peninsula

Olympic diplomacy on the Korean Peninsula

Watching women ice skaters compete at the Winter Olympic Games at PyeongChang 2018, I’m struck by how much the Games can accomplish. They bring peoples’ hearts together when other means, such as politics, can’t.

This time, the Olympics provided a chance for North and South Korea to interact. It all started with the Opening Ceremonies when athletes from North and South marched behind one banner. The two Koreas also put together a joint women’s ice hockey team. While the combined team didn’t win, I saw the hockey game as an encouraging sign of change on the Korean peninsula. 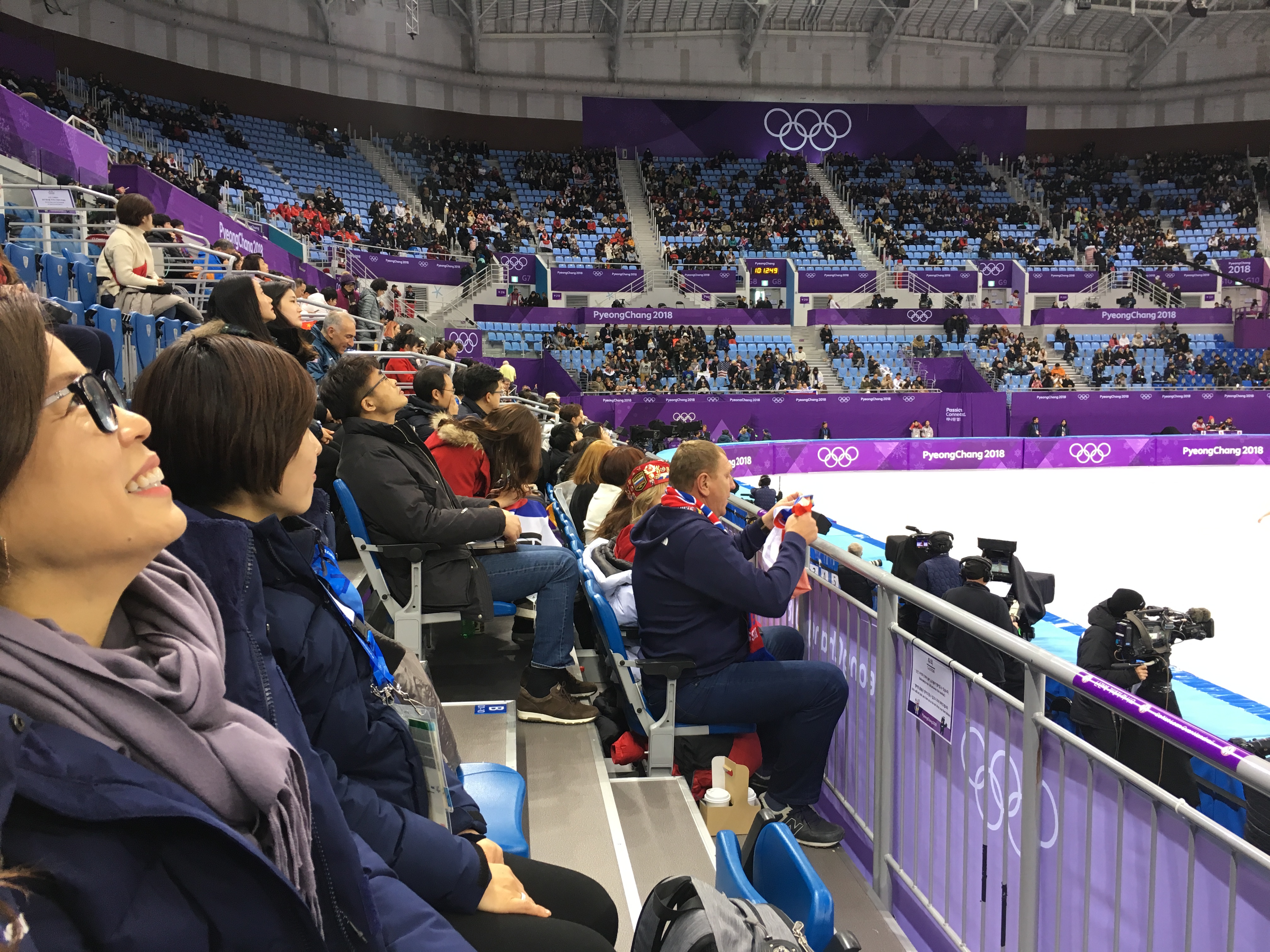 Like many others, including passionate and active millennials in South Korea, I hope to see Korea become a united country. In a Washington Post op-ed, one commentator advised Korea watchers to temper our optimism. “Sport can go only so far in diplomacy.” I disagree and remain positive. Sports can go an Olympic distance in diplomacy and understanding.

The Olympics now and then

Consider what happened in the 1980s. Back then Seoul won the chance to host the 1988 Summer Games, and it glittered with signs of economic progress. I remember as roads were paved and stations built on the growing subway system to serve rising skyscrapers, boutique shops and restaurants.

The development stood in stark contrast to my young childhood memories of abandoned and burnt-out houses. In “Give South Korea a Gold,” Time.com columnist Fareed Zakaria wrote about the progress. “Half a century ago, South Korea was one of the poorest countries on the planet, and nobody would have predicted that it would conjure up an economic miracle. In 1960, its per capita gross domestic product was $158, slightly less than Ghana’s…The country had no natural resources, no geographic advantages, a largely illiterate population and an infrastructure that had been battered.”

Viewing an economy through sports

Not long before the Olympic Games in Seoul began, I moved from Seoul to New Jersey to work for Panasonic. As the Opening Ceremonies offered up spectacle, culture and traditions of Korea, I gathered with friends in NJ to watch. That same year Panasonic became an Official Worldwide Olympic Partner because it shared a philosophy with the competition, in that both were dedicated to “promoting a more peaceful world through sport.” Following the Seoul Games, Panasonic continued to play an important role in the Olympics. It supported every Olympic Games since 1988 and is geared up for the summer games at Tokyo 2020. In 2006, Panasonic became the first Official Worldwide Paralympic Partner in support of the Paralympic Games.

As we watched the athletes compete back in 1988, I remember how proud I was that the land of my birth was hosting the Olympics. Some 159 nations participated and over 8,000 athletes took part. Korea has a 4,000-year long history, and now Koreans were showing the world what they could do. Commentators talked about the games as a “culmination of South Korea’s efforts to be recognized as a serious economic power and global political player.” I saw how the Games were so much more than sport.

In this important time in history, the whole world is hoping that the Games will achieve the ends for which Panasonic supports them—promoting peace through sport.

The immersive experience must go on

Based on the hit musical, Million Dollar Quartet, CMT Network’s Sun Records tells the untold story of the birth of rock ‘n’ roll.

Birdland, directed and co-written by Peter Lynch, is a film that was shot by cinematographer Adam Swica, CSC (The Art of the Steal, The Firm) with a single VariCam 35 camera.