Technology continues to impact the way people interact with one another and document their lives. Whether it’s through social media, text messages, or numerous forms of multimedia, data is being collected at an exponential rate. What many don’t realize is that the same technological evolution influencing our cultural trends is also having a big impact on public safety services due to the large amounts of digital evidence that is being created. Any type of unlawful activity that occurs on a website, with a smart phone, or that is caught on a video device can now be tracked and used as evidence creating more information police officers need to manage. 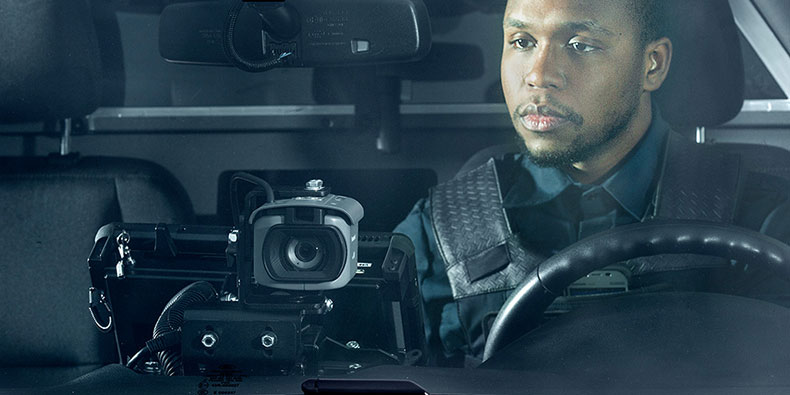 With the use of in-car and body-worn cameras, recording systems, and smartphone apps, law enforcement officials have more opportunities to supplement the work they’re already doing to better track down and eventually prosecute criminals. In fact, Josh Woodhouse from the IHS Markit predicted that the global installed base for body-worn cameras within law enforcement would increase by 30 percent in 2018, exceeding 1.5 million worldwide. While the market for body-worn cameras is still pretty nascent in Canada, the larger trend around the increase of digital evidence management is very apparent. Having a proper digital evidence management system in place can help alleviate the challenges that police services are facing when managing the data from different outlets.

To say that police services are dealing with information overload when it comes to the sheer volume of digital evidence is one thing. To show it is another. Let’s examine a few recent cases to better understand exactly what officers are up against today.

The New Year brought mail thefts to Burnaby creating a cause for concern for residents. Shortly thereafter, the Burnaby RCMP released a video of the suspects committing the crimes. According to authorities “With the information taken from your mail, thieves are using other sources of publicly available information such as social media to build a personal profile and commit further offences such as identity theft and fraud.” The threat of potential identity theft could lead to more digital evidence being produced should the culprits make fake accounts with the stolen personal information. While this case only started with video surveillance, it could lead to a vast amount of data that will need to be siphoned through by police.

More recently, in late January 2019, York Region police responded to calls of gunshots inside the Dream Palace Banquet Hall which left two men dead. As part of the ongoing investigation, police are leaning heavily on digital footage that was collected from surveillance cameras from the area, as well as anything garnered by witnesses at the scene. This could include video taken from inside the banquet hall, footage captured via dash cams from passing motorists and more. You can imagine the amount of videos that police have to comb through, especially if you consider the footage that’s both relevant and not.

Sifting through data can be time consuming. You have to determine what’s relevant, what’s not, items you might need to revisit, all the while dealing with an influx of new data as more witnesses feel comfortable to come forward. This is where having a proper digital management system comes in.

The data management process can be time intensive, complex and cost-prohibitive for police services, particularly when the collected evidence is coming from several outlets. Panasonic’s latest offering - BLUE Digital Evidence Management (BLUE DEM)- can fulfill the needs of the police services in Canada with one easy solution. Our digital evidence management system was created with the end user in-mind making the mere thought of managing the growing amounts of digital evidence more feasible. For example:

Citizens want to feel protected by their police services but their data should be included in that equation too. BLUE DEM makes it possible for both.

Peace of mind on match day: facial recognition solution at the football stadium

In the summer of 2019, Panasonic introduced a facial recognition system at a football stadium in Denmark to stop known troublemakers from entering,

Meet the women shaping the way we experience flight

See how a few of our high-flying women are changing the way thousands of passengers experience flight every day.

Setting Our Focus on Distracted Driving

Distracted driving is a pervasive issue, but drivers are slow to adapt to hands-free technology. Learn how Panasonic wants to simplify the connection process.

Harley-Davidson rides into the future with connected electric motorcycles

For the next generation of motorcycle enthusiasts, the ride will be more urban and connected.

Utah has a goal of reaching zero annual traffic fatalities in the state. Learn how intelligent transportation & connected vehicle technology are helping them get there.
Learn more
Connected World

The Changing Face of Police Services

Millennials and Gen Z officers in search of seamless technology

Where Industry 4.0 is remaking the factory floor

How technology is influencing the way consultants, architects and designers plan, design and build spaces

A new approach to community engagement in smart cities

The public and private sectors are working together to build SmartCOS

The internet of plants won’t just disrupt the food chain: it will disrupt how our food is grown