Two of the best television shows that focus on modern romance happen to be on the same platform – Netflix. Created by comedian Aziz Ansari and Alan Yang, Master of None tells the story of Dev, a 30-year-old actor who attempts to balance his career and love life in New York City. Love, created by Judd Apatow (Trainwreck, This Is 40), Paul Rust, and Lesley Arfin, explores an intense relationship between two Angelenos, Mickey (Gillian Jacobs) and Gus (Paul Rust).

Not only do the ½ hour comedy series share the same distributor, but also the same cinematographer – Mark Schwartzbard (Max, Dean). Schwartzbard recently shot the second season of Love and both seasons of Master of None with VariCam 35 cinema cameras. 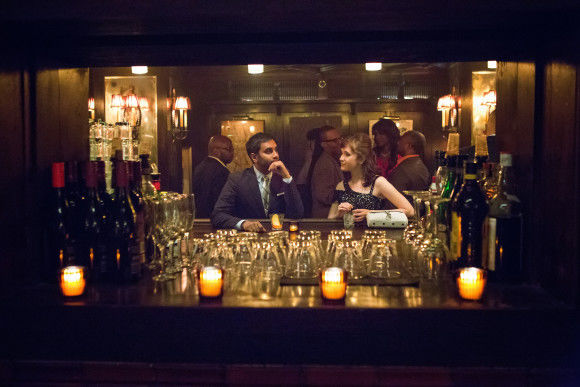 Aziz Ansari and Noël Wells star as Dev and Rachel in Master of None. (Photo credit: K.C. Bailey/Netflix)

After attending Ithaca College, Schwartzbard worked as a camera assistant and operator in New York on movies like Borat, Bruno, and Religulous – all while shooting indie features. He got involved with Master of None through producer Igor Srubshchik, whom he had worked with previously, as well as pilot director/producer James Ponsoldt.

During prep, Schwartzbard worked closely with Ponsoldt and producers Ansari and Alan Yang. According to Schwartzbard, the term “cinematic” was used a lot and they spent a lot of time talking about Hal Ashby and Robert Altman movies like Shampoo and The Long Goodbye. “It’s a half hour comedy and the style of a lot of current comedies is to be very cutty,” explains Schwartzbard. “[Ansari and Yang] were very interested in finding ways to linger in scenes and do much longer takes. We tried to come up with a style that allowed us to stage shots and create scenes that developed visually over time so we would not get tired of looking at them. Also, it didn’t necessitate a lot of cutting so the actors could really perform.” 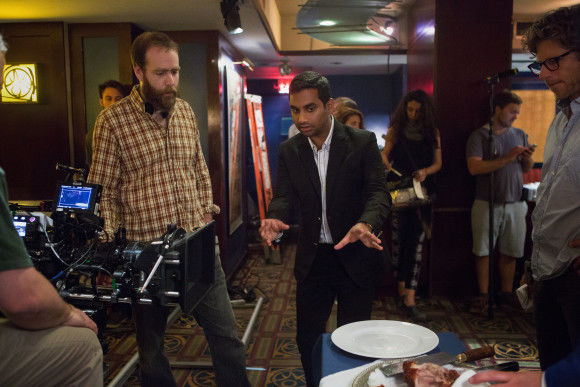 Master of None was captured in UHD (3840×2160) AVC Intra 444 files at 23.98-fps. Although the VariCam 35 was new at the time of season 1, Schwartzbard was a fan of the original VariCam AJ-HDC27 for ENG-style productions. “We needed a camera that had an aesthetic softness we were looking for in terms of color and tonality,” says Schwartzbard. “We also needed a camera that was very tolerant of the variety of skin tones we had in our cast.”

Depending on the script or individual scene, Schwartzbard didn’t want the show to look over-lit, so he tried to light as little as possible. A lot of the show is shot in dimly lit restaurants and bars so shooting at higher ISOs made it much easier. “We tried to find locations that lent themselves to easy shooting and let us take advantage of things that were already in place instead of building it from scratch,” says Schwartzbard. “We had a lot of grip rigging because we had to black out a lot of places, but by and large we didn’t do any electric rigging. We would typically go into restaurants and turn on the lights that were there, and kind of fill in what we needed to. We felt that gave us a more realistic look that was more true to the space we were working in.” 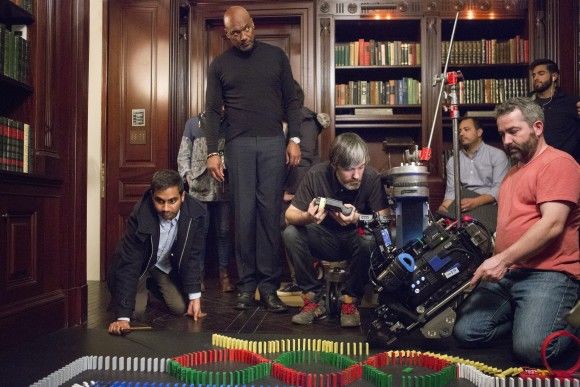 According to Schwartzbard, one of the reasons they selected VariCam was how nicely it captures a variety of skin tones. (Photo credit: K.C. Bailey/Netflix)

In terms of lighting tools, Schwartzbard used a lot of China balls and small booklights. He wanted lights that were extremely soft and controllable with low outputs. One of his go-to lights was designed by his gaffer, Mark Schwentner. “Mark built these lights in which he took thin wooden boxes with LED tape around the perimeter shining into the center and then unbleached muslin stretched over the front of it,” explains Schwartzbard. “It creates this extremely soft lightbox that we could control really well.”

Because of the ‘70s influence, Schwartzbard shot the series using older zoom lenses, including the Cooke 18-100 T3 and the Angenieux HR 25-250 T3.5. “I love the Cooke 18-100. I think it’s a soft, flattering, and beautiful lens,” reveals Schwartzbard. “For Season One, we had the Cooke on the A-camera and the HR on the B camera and we would typically be at a T4.” 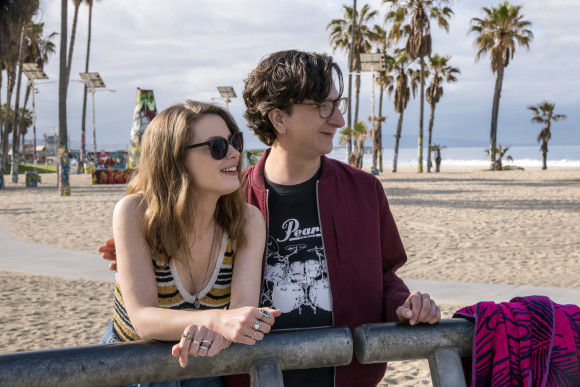 According to Schwartzbard, Love is a little more naturalistic and has a different kind of feel than New York in terms of quality of light. (Suzanne Hanover/Netflix)

Season 2 of Love was also shot by Schwartzbard in UHD on the VariCam 35. (Season 1 was shot by Tim Suhrstedt, ASC on RED cameras.) One big difference between Love and Master of None was that Love had a larger crew so Schwartzbard had a larger lighting package. “Master of None was all about old lenses and filtering to create a soft, glowy and romantic vision of New York,” reveals Schwartzbard. “Love is a little more naturalistic and it’s LA, which has a different kind of feel than New York in the quality of light you’re looking for.”

For Love, Schwartzbard used Primo zooms and older Panavision Super Speed Z-series primes. Because of his experience on Master of None, Schwartzbard was more comfortable shooting night exteriors in available light and dialed back on the use of condors. One interesting thing he’s discovered in shooting with VariCam is that night exteriors used to be difficult for the electric department but with the ability to shoot in extreme low light settings, it’s now easier for them but more work for the grip department. “You can base your work so much off the existing light that you find you’re getting boom pole shadows off the porchlight a block away that no one can see with their eye but just off the monitor,” he says. “Suddenly the grips are having to flag everything off.” 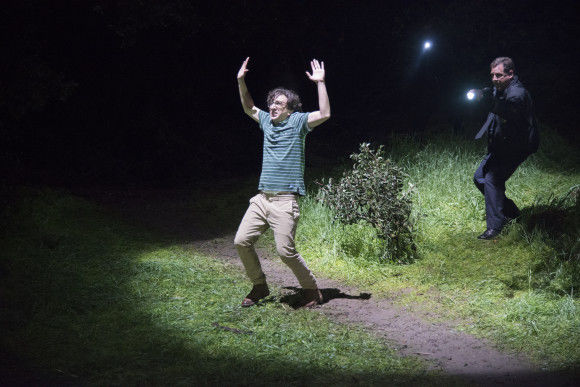 For Love, Schwartzbard was working with the latest VariCam firmware upgrades (at the time) and according to the DP, he saw big improvements in ISO flexibility. “I spent a lot of time in the first season of Master of None trying to decide if we wanted to be at native 800 ISO or going up to native 5,000 and putting NDs in. We were always kind of battling those options. Now we could go to an 800 base and dial up from there or start at 5,000 ISO and dial down. Now you’re sacrificing shadow latitude for highlight latitude, but the negative gain is actually decreasing the noise floor.”

Schwartzbard’s sweet spot is now ISO 5,000 dialed down to 3,200. “It’s just me being a little nervous about noise,” he explains. “It’s actually pretty rare that you actually need 5,000. With Love, the use of higher ISOs let us use the zooms on night exteriors, which made the directors very happy.”

The official trailer for Season 2 of Love

In describing a general look for the VariCam, “soft is the word that comes to mind,” reveals Schwartzbard. “In a way, I want to say pastel but that’s not quite right. There is something about the look that reminds me of the old VariCams. I find it very soft and accommodating whereas some digital cameras seemed to be tuned for higher contrast and more sharpness, which is appropriate for some genres. But it wasn’t what we were going for with these two shows.”

For more information on the VariCam 35, please visit http://info.panasonic.com/varicam-35.html.

To watch the Season 2 of Love, click on the link. (You will need a Netflix subscription to view the series.)