At the National Association of Broadcasters convention, TV Pro Gear will be showing its first 4K Sprinter/Flypak system at booth C8247. The video truck features six of Panasonic’s just-released AK-UC3000 4K cameras. Users can shoot inside the van or remove the 4K Flypak and wheel it into the venue to get closer to the action. 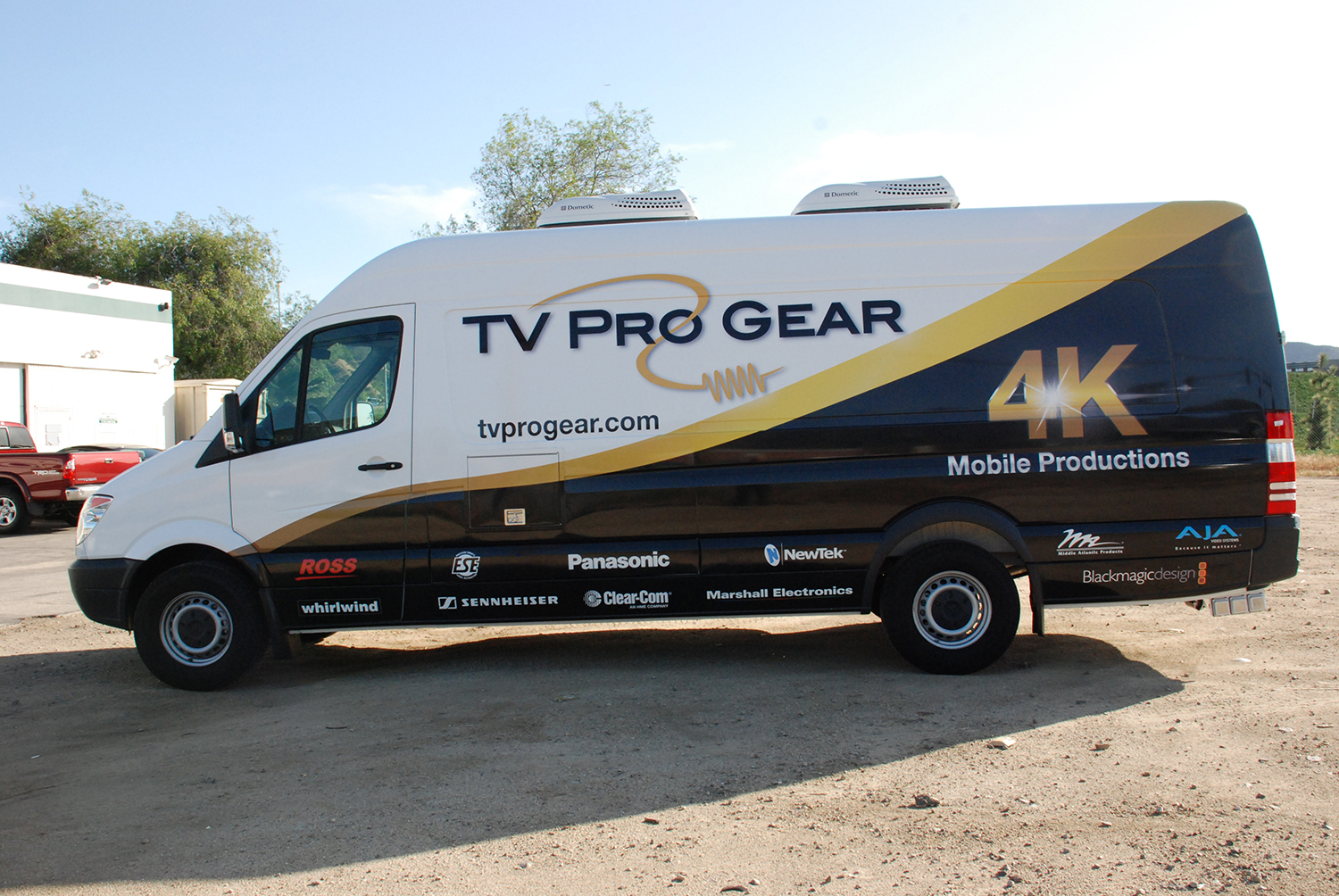 The Panasonic UC3000 has a large, full-UHD resolution single MOS sensor, which enables users to get the much-desired shallow depth of field “film look.” Optics inside the UC3000 camera body enable the users to utilize standard B4 mount 2/3-inch lenses. This means the camera can work with wide angle and box lenses with up to 100 times magnification (ideal for sports productions).

“With the UC3000’s combination of a large sensor with 2/3” lenses, Panasonic has come up with an ingenious 4K solution for sports and live event work,” said TV Pro Gear’s president Andrew Maisner. “Using the 12G infrastructure, we’ve been able to assemble the 4K Sprinter for essentially the same cost as an HD truck. As the UC3000 is menu-switchable between 4K and HD, I think this is an optimal choice for anybody building a truck today.”

In TV Pro Gear’s Central Hall booth, the company will be demonstrating a cost-effective Flypak system with four Panasonic AJ-PX380 AVC-ULTRA camcorders. The system is designed for schools, house-of-worship and other institutional applications.

TV Pro Gear will also be showing its Legipak™ system, optimized for legislative organizations to broadcast their meetings over cable and the Internet. The system uses a touch-screen interface to control up to nine Panasonic AW-HE130 pan/tilt/zoom cameras.

About the AK-UC3000 4K Camera System
Targeted at studios and productions requiring high-end functionality at an affordable price, the UC3000 (with UCU500) outputs a UHD signal (3840 x 2160 at 59.94p, 50p, 29.97p, 29.97PsF, 25p, 25PsF, 23.98p, 23.98PsF), while also delivering superb picture quality in HD. The camera’s B4 mount accommodates the gamut of existing 2/3-inch lenses to maximize customers’ return on their investment in existing lenses, and allows a wider and more economical choice of glass for sports, concerts and similar applications.