Osaka, Japan – Panasonic Corporation, a worldwide Olympic and Paralympic partner, announced today that its real-time tracking and projection mapping compatible projector was used for a highly innovative video performance during the “One Year to Go” Ceremony, which the Tokyo 2020 Organising Committee and Tokyo Metropolis jointly held at the Tokyo International Forum on July 24 to kick off the one-year countdown and call athletes worldwide to participate in the Olympic and Paralympic Games Tokyo 2020. 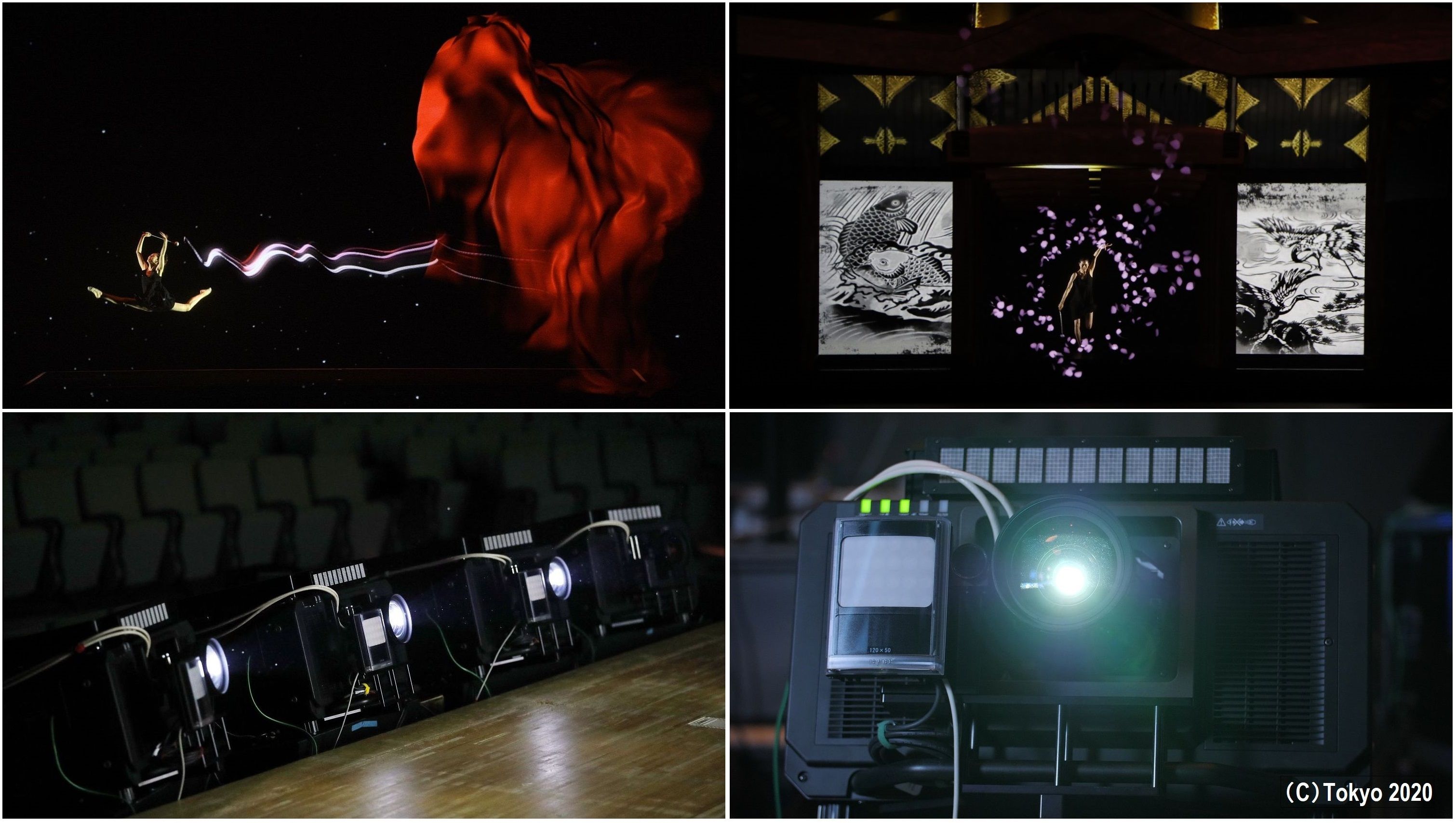 The ceremony, which was attended by Tokyo 2020 Organising Committee President Yoshiro Mori, Tokyo Governor Yuriko Koike, Tokyo 2020 guests including International Olympic Committee (IOC) President Thomas Bach, and other dignitaries as well as an audience of some 5,000, kicked off the one-year countdown with an opening performance, the IOC’s invitation to the Tokyo 2020 Games, an unveiling of medal designs and an invitation to volunteer torch runners.

During the opening performance, participants enjoyed an innovative video projection of colors and effects that followed a fast-moving dancer while she performed a dynamic routine that included many difficult gymnastics movements. The demonstration was a convincing reminder of Tokyo 2020’s promise to deliver the most innovative games in history.

The dance was performed by Honami Tsuboi, a Japanese rhythmic gymnast at the Beijing 2008 Games, to the accompaniment of music played on three-stringed shamisen instruments by the Yoshida Brothers from the Tsugaru region of northern Japan.

Satoshi Takeyasu, Chief Brand Communications Officer (CBCO) of Panasonic Corporation, commented, “We are honored to offer our real-time tracking and projection mapping technology at the opening performance of Tokyo 2020’s “One Year to Go” Ceremony celebrating Tokyo’s hosting of the world’s greatest sporting event. We are committed to using our innovative technologies to help Tokyo 2020 deliver the most innovative Olympic and Paralympic Games in history. ”

Going forward, Panasonic, a worldwide partner of the Olympic and Paralympic Games will continue to supply advanced products, technologies and solutions to share the passion and excitement of the Games with people worldwide.

Panasonic’s Commitment to Olympic Mission
As a global citizen, Panasonic’s principles are aligned with the Olympic mission. The company has supported the Olympic Games for more than 30 years and the Paralympic Games since 2014, including through sponsorship and the provision of innovative technologies (in the "Audio Visual Equipment", "Home Appliance" and "Electric Bicycle" categories) developed over a century. Panasonic is committed to building a better world – a vision it shares with the IOC – through its worldwide sponsorship of the Games and via the nature of its everyday business activities.

About Panasonic #ABetterLifeABetterWorld #SharingThePassion
Panasonic Corporation is a worldwide leader in the development of diverse electronics technologies and solutions for customers in the consumer electronics, housing, automotive, and B2B businesses. The company, which celebrated its 100th anniversary in 2018, has expanded globally and now operates 582 subsidiaries and 87 associated companies worldwide, recorded consolidated net sales of 8.003 trillion yen for the year ended March 31, 2019. Committed to pursuing new value through innovation across divisional lines, the company uses its technologies to create a better life and a better world for its customers. To learn more about Panasonic: https://www.panasonic.com/global.