Newark, NJ (May 31, 2019) - Panasonic Corporation is proud to announce the newest addition to the LUMIX S series, the LUMIX S1H, a new Digital Single Lens Mirrorless camera equipped with a full-frame image sensor. As the world’s first camera capable of video recording at 6K/24p *1 (3:2 aspect ratio), 5.9K/30p (16:9 aspect ratio), and 10-bit 60p 4K/C4K.*2 *3, it combines the video quality of a professional camera and the high mobility of a mirrorless camera. The LUMIX S1H will be released to world markets in fall 2019. 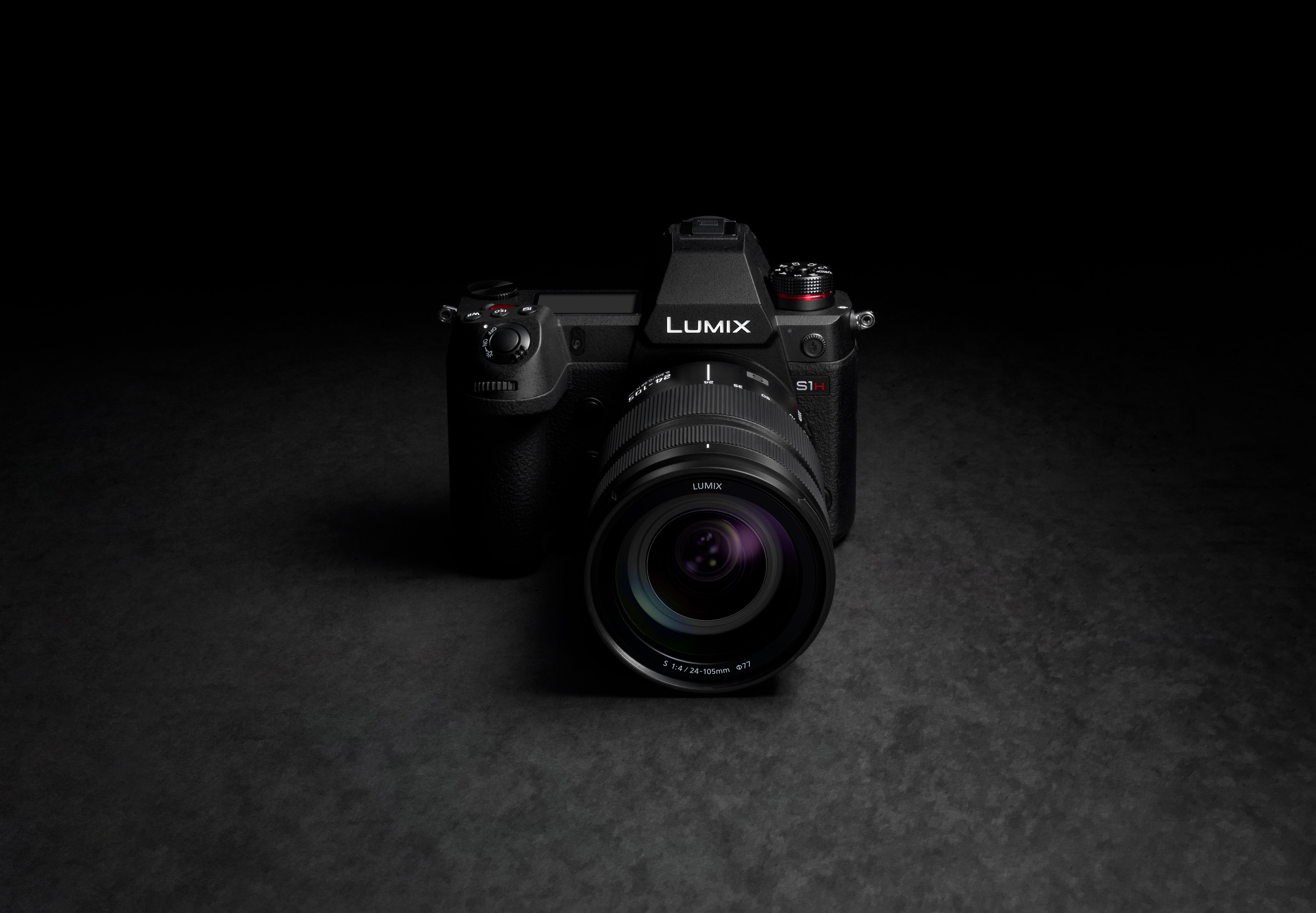 The main features of the new LUMIX S1H are as follows:

1. High resolution up to 6K for multiple formats.
Maximizing the use of the pixels in the full-frame image sensor, the LUMIX S1H, as a digital camera, has achieved 6K/24p (3:2 aspect ratio) or 5.9K/30p (16:9 aspect ratio) video recording for the first time in the world.*1 It is also the world’s first full-frame digital interchangeable lens system camera*1 to enable 10-bit 60p 4K/C4K *2*3 video recording. It accommodates a variety of recording formats like 4:3 Anamorphic mode, to meet professional needs. Its high-resolution data can also be used to create 4K videos with higher image quality or to crop images in 4K.

2. Rich gradation and a wide color space virtually equal to those of cinema cameras.
The LUMIX S1H features V-Log/V-Gamut with a wide dynamic range of 14+ stops, which are virtually the same as those of the Panasonic Cinema VariCam, allowing it to precisely capture everything from dark to bright areas. So much so, that the color and even the texture of human skin are faithfully reproduced. Designed under consistent color management, the S1H's recorded footage is compatible with V-Log footage recorded by VariCam or the LUMIX GH5/GH5S.

3. High product reliability that allows unlimited video recording. *7
In every S1H recording mode, video can be recorded non-stop under the certified operating temperature so the user can concentrate on shooting.

Since the 1990s, Panasonic has been a leader in the development of video recording technologies for digital cinema, and has produced a host of innovative technologies for impressive cinematic imagery, such as 24p video recording, slow motion video using a variable frame rate, and the wide dynamic range and color space of V-Log/V-Gamut. By working with film creators for more than 25 years, Panasonic has successfully designed a number of cinema cameras that exhibit stunningly high video performance. The LUMIX GH1 made its debut in 2009 as the world’s first Digital Single Lens Mirrorless camera capable of full-HD AVCHD video recording. *4 The LUMIX GH4 was launched in 2014 as the world’s first Digital Single Lens Mirrorless camera*5 capable of 4K video recording. Next, the LUMIX GH5 was released in 2017 with the world's first 4K/60p, 4:2:2 10-bit 4K/30p recording capability.*6 The LUMIX GH5 is highly acclaimed by film creators for its high performance, excellent mobility, and superb versatility in film production. And now, in 2019, the LUMIX S1H joins as Panasonic’s newest cinema camera.

Panasonic now offers three innovative models in the LUMIX S Series of full-frame Digital Single Lens Mirrorless cameras – the S1R, the S1, and the new S1H. The LUMIX S1R is ideal for capturing high-resolution images, while the LUMIX S1 is an advanced hybrid camera for high-quality photos and videos, and the LUMIX S1H is designed especially for film production. With this lineup, Panasonic is committed to meet the demands of every imaging professional by challenging the constant evolution of the photo/video culture in today's new digital era.

The LUMIX S1H prototype will be exhibited at the 2019 Cine Gear Expo.*8

･Design and specifications are subject to change without notice.