Actor, author and environmentalist Ed Begley Jr. is ready to power up his newly constructed eco-friendly home with Panasonic HIT solar panels. Mr. Begley is known for his roles in the series “St. Elsewhere” and the films “Pineapple Express” and “This Is Spinal Tap.” He is building “the Greenest Home in America,” a LEED-certified residence on an oak-lined lot in Studio City, California, which is being filmed for his Web series “On Begley Street.” HIT technology—embedded in the solar panels on Mr. Begley’s roof--holds a world’s record for solar conversion efficiency. 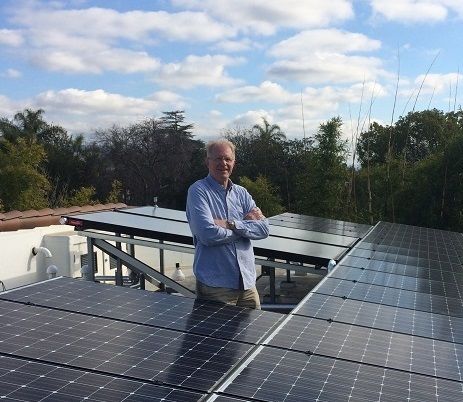 HIT stands for "heterojunction with intrinsic thin-layer," and the solar cells used are a hybrid with a unique structure comprised of a thin mono-crystalline silicon wafer surrounded by ultra-thin amorphous silicon layers. HIT solar modules are known for having one of the world’s highest conversion efficiencies and excellent temperature characteristics, allowing HIT modules to generate more power throughout the year, even during peak summer months, compared to other types of crystalline modules.

"North America is one of the fastest growing markets for renewable energy in the world and solar is expected to drive a significant percentage of that growth over the next several years," said Panasonic Eco Solutions Company North America President Dan Silver. "Panasonic's commitment to residential solar in North America has never been stronger. By offering our customers an affordable way to reduce their energy bills and their carbon footprint with one of the most efficient, highest-performing solar solutions on the market, we're perfectly positioned to meet this growing demand." Learn about Panasonic solar technology for homeowners.