With a background in electrical engineering, producer Kevin Chin entered the world of media production as a passion before turning into a full-time career. He started out as an audio engineer and music producer but was introduced to the video world by providing 5.1 audio post-production for film students at the University of Texas Austin. “I got into the world of video production through the audio post-production side just because I was curious,” explained Chin. “I'm used to editing 75 to 100 tracks of audio, so two or three tracks of video shouldn't be too hard.”

Chin is the owner and producer of Austin-based NorthShore Media Productions, a full-service video and audio production company that also provides full A/V production for live events. “During the pandemic, we felt live streaming was a critical production aspect that we should start offering,” said Chin. “I invested heavily in live streaming equipment and cameras to produce virtual events for companies that no longer had conferences, fundraisers, or galas.”

Since then, live streaming has become the majority of the work Northshore Media Productions produces. Chin travels to different parts of the country to provide different levels of service for companies that want to livestream its virtual or hybrid events. His setup typically involves multiple cameras, camera operators, a production switcher, sound mixer, and a communications system so he can coordinate shots with his team. Depending on the production, he will employ anywhere from three to eight cameras. 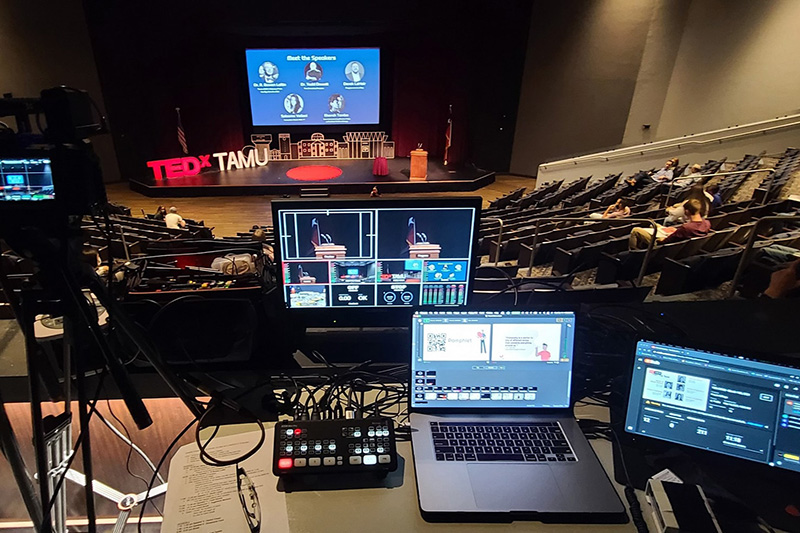 Chin recently incorporated the LUMIX BS1H into his arsenal of cameras. The BS1H is a compact, full-frame, box-style, live and cinema 6K camera. The first project was a fundraiser for Capital City Village – a non-profit that focuses on the mental health of seniors. “Obviously during the pandemic, it’s been hard for them to get together so the fundraiser was a great way for them to get together virtually,” explained Chin. “They typically have a banquet/fundraiser gala and most of the seniors were not able to attend in person, so we provided a livestream that featured local celebrity speakers, an auction, and musical performances. We were able to capture and stream all of this with fantastic results from the BS1H.”

The second event was for Austin Classical Guitar, an organization that focuses on guitar education, as well as being a tool to bring the music community together. For the event, Northshore Media Productions livestreamed a concert by musician Ana Vidovic. “This was more of an intimate livestream production,” revealed Chin. “I was upfront very close to the artist and had a socially distanced audience to both my left and right. It was a three-camera production for a single guitarist with both an in-person and at-home audience watching the livestream.” 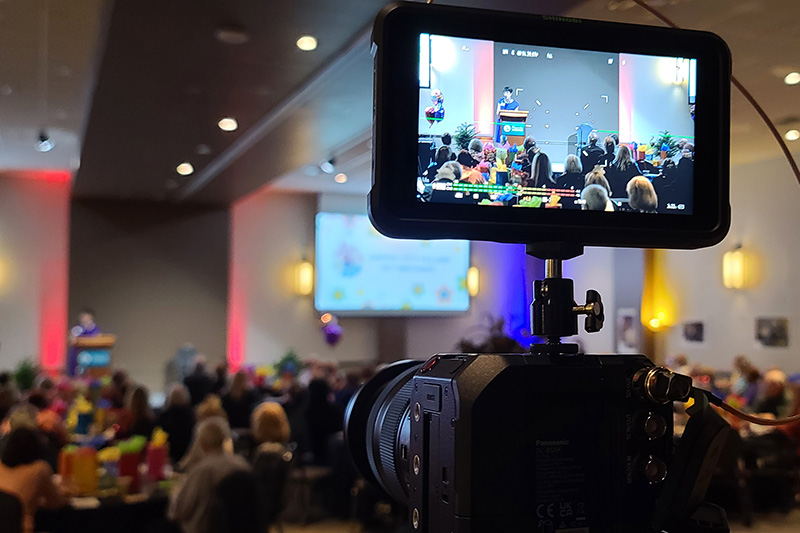 Working with the BS1H, Northshore Media Productions' Kevin Chin provided a livestream for Capital City Village, a non-profit that focuses on the mental health of seniors.

Typically working within a Blackmagic ecosystem, Chin was impressed with the BS1H’s look straight out of the box. “I was able to match the color science of the BS1H to the Pocket Cinema 4K and URSA Mini Pro 4.6K G2 camera that I have been using for the past three or four years," he explained. "Also, the BS1H is a 6K camera so if we were going to be recording in camera, that’s a fantastic option to help with cropping and stabilization for 4K delivery. There’s also more latitude.” For lensing, Chin used the LUMIX S Pro 24-70mm f/2.8 L mount lens with the BS1H.

During the pandemic, we felt live streaming was a critical production aspect that we should start offering. I invested heavily in live streaming equipment and cameras to produce virtual events for companies that no longer had conferences, fundraisers, or galas.
Kevin Chin, Owner/Producer Northshore Media Productions

With his cameras, Chin used the HDMI Out into seven-inch LCD monitors for each of his camera operators and sent the SDI output directly to either a Blackmagic ATEM Production Studio 4K switcher, or ATEM Mini Pro. When working with the ATEM Mini Pro, he employed an SDI to HDMI converter.

Both events were livestreamed on YouTube Live and Facebook Live. “I use Wirecast Pro for my livestreaming software,” explained Chin. “I've used vMix on PCs, and I've used OBS before, but I feel that Wirecast Pro has been the most reliable, and I really appreciate the motion graphics, lower thirds, and animation with that program. I've been streaming with it for the past two years without any issues.” For Chin, a big advantage using Wirecast Pro was he didn’t need a 3rd party streaming source and could put his RTMP streams through different channels directly from Wirecast Pro. 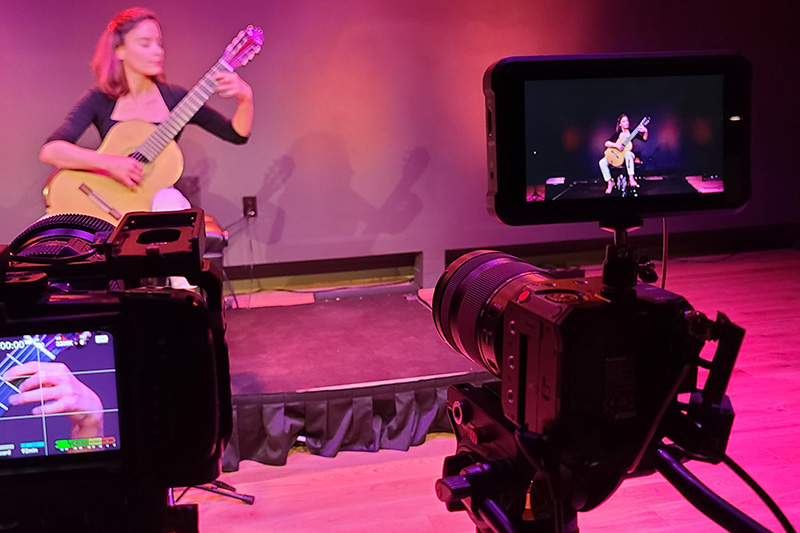 Chin was impressed with the BS1H’s look straight out of the box and was able to match the color of the BS1H to the Blackmagic Pocket Cinema 4K.

Chin also made use of the LUMIX Tether software to make quick camera adjustments such as color temperature or exposure changes. (LUMIX Tether is a free software app that gives you full control of up to 12 BS1H or select LUMIX cameras.)

For lighting the Capital City Village event, Chin relied upon ambient lighting, using the venue’s overhead incandescent ballroom lighting. According to Chin, the lighting was sufficient, although not cinematic. Austin Classical Guitar wanted a moodier look so their lighting designer would frequently change RGB stage and overhead lights on the artist. “Sometimes it would get very dark intentionally and the BS1H performed fantastic, capturing the shadows with a lot of accuracy,” revealed Chin.

Overall, Chin was very satisfied working with the BS1H for the first time and thought it complemented his Blackmagic system. “I also have some experience with the RED KOMODO, and I think as far as the offerings that a BS1H has compared to a KOMODO – both 6K cameras – I think it rivals RED’s color science in the KOMODO,” explained Chin, “and the price point of the BS1H makes it a clear winner, especially with the full-frame sensor compared to the KOMODO’s Super 35 sensor.”

For more information on the LUMIX BS1H, click through here.

Learn More about the BS1H Become a LUMIX Integrator