During the pandemic, Nomad Media adapts to a new landscape with S1 and EVA1 cinema cameras

Headed by filmmaker/DP Kyle Head, Nomad Media is a Virginia-based production company, producing commercials and industrial videos for businesses. Its main focus is creating engaging stories for their clients, which include a number of tourism marketing organizations, Portsmouth Public Schools, RocketBike Digital Agency, and many others.

2020 was a tumultuous year with the COVID-19 pandemic halting production not only for Hollywood blockbusters, but for small boutiques like Nomad Media. When the lockdown began, Head figured he could polish up some of his demo reels, clean his gear, and figure out what to do next.

During the pandemic, Nomad Media shifted its work to different industries such as construction, commercial real estate, and healthcare. “It was the type of industries that had to keep going despite COVID,” explained Head. “The stuff that stopped for us was our travel and military work that had been cut out for the summer.” 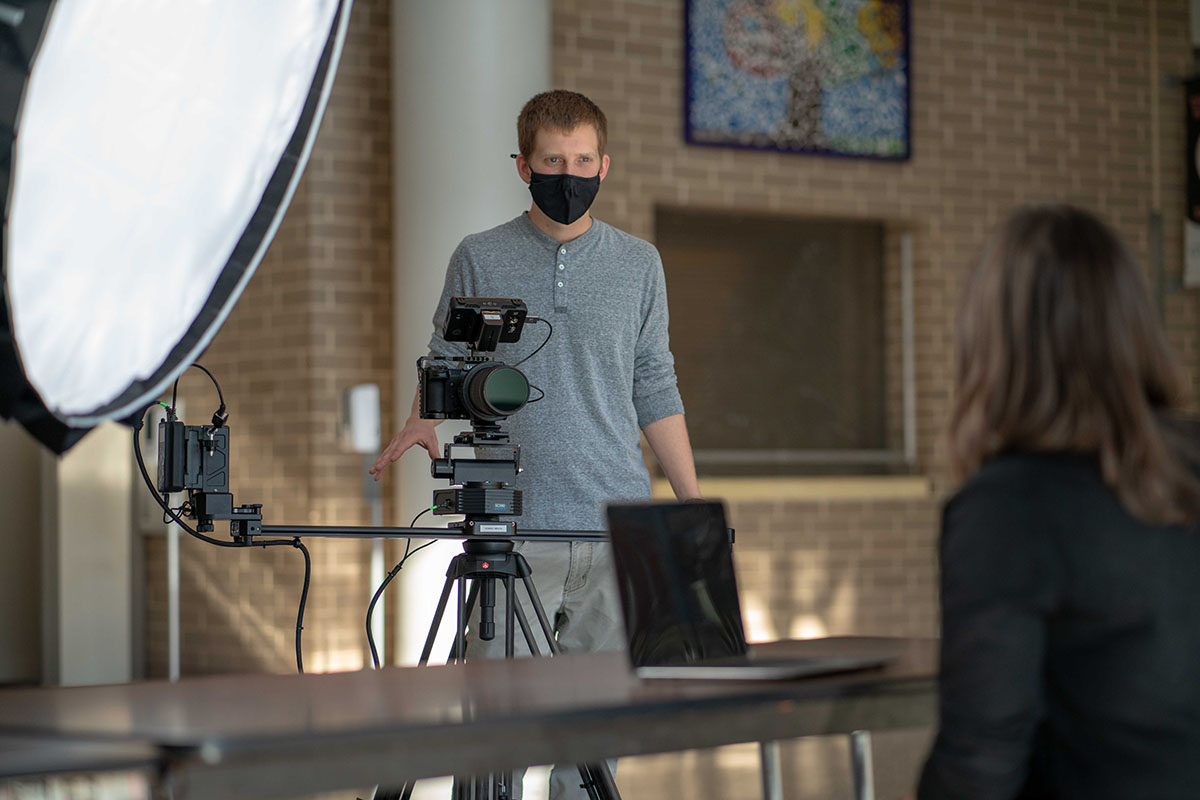 The new norm became Zoom – for both production meetings and subject interviews. For commercial production, Head knew he would have to do better than webcams. “It was also the time crews started scaling back,” revealed Head. “Clients didn't want six people on set – they wanted two people, sometimes even one, so we adapted. That's when a lot of the commercial real estate projects started coming in. It would sometimes be just me doing tour videos of these big commercial real estate or construction projects. These companies still had tenants they needed to get, or projects they needed to sell.”

As things started to pick up, Head and his small crew followed strict COVID guidelines, including rapid testing, temperature checks at the beginning of each day, limiting the amount of people in a room, hand sanitizers, etc. At first, most of his interviews during the pandemic were captured with Zoom. “Sometimes it would work and sometimes it wouldn’t,” revealed Head. “It’s obviously not the same if you’re shooting in someone’s bedroom rather than a real location.”

Working with S1 and EVA1

Head primarily shoots his projects with a Panasonic EVA1, which is a 5.7K compact cinema camera that captures 14-stops of latitude and contains the same V-Log gamma and wide color V-Gamut colorimetry as the VariCam. He recently added a Blackmagic Video Assist to capture 5.7K BRAW files with his EVA1.

Head was an early adopter of the EVA1 and his short narrative film, Goldilocks, is an inspiring example of a high-level production produced on a lower budget. Using the camera’s IR mode, he created an unworldly look for the project. 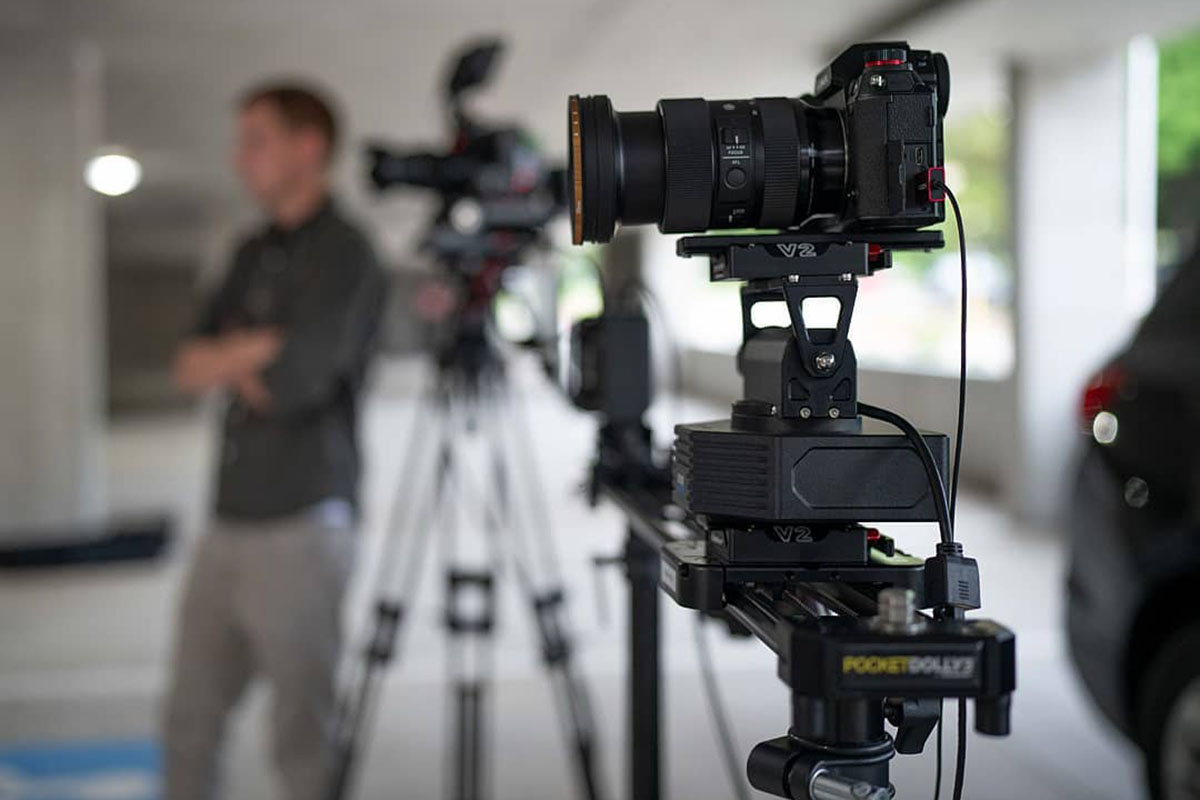 Head also picked up a LUMIX S1 and DMW-XLR1 XLR microphone adapter as a B-camera to his EVA1. For Head, when shooting B-roll as a one-person crew, having a small camera with similar colors, as well as image stabilization, made perfect sense. With Firmware Update Version 2.0, the S1 added several new internal recording modes, including 6K at 24p, 10-bit 422 C4K and the ability to output 12-bit RAW over HDMI. “It was a no brainer to get a matching camera and the S1’s color science matches up really well against the EVA1, especially when capturing in V-Log,” revealed Head. “For the projects I'm doing, I need the option of smaller file sizes, but still high quality.”

Due to the S1’s compact size, Head employs a Kessler Second Shooter Pro and Pocket Dolly 3 – a motion rig and slider that allows him to create smooth and repeatable moves, as well as for time-lapse photography. For a recent commercial for a local brewery, Head did a two-camera (EVA1 and S1) shoot. He used the S1 on both a gimbal and dolly, as well as his B-camera with the new S Series 85mm f/1.8 lens. 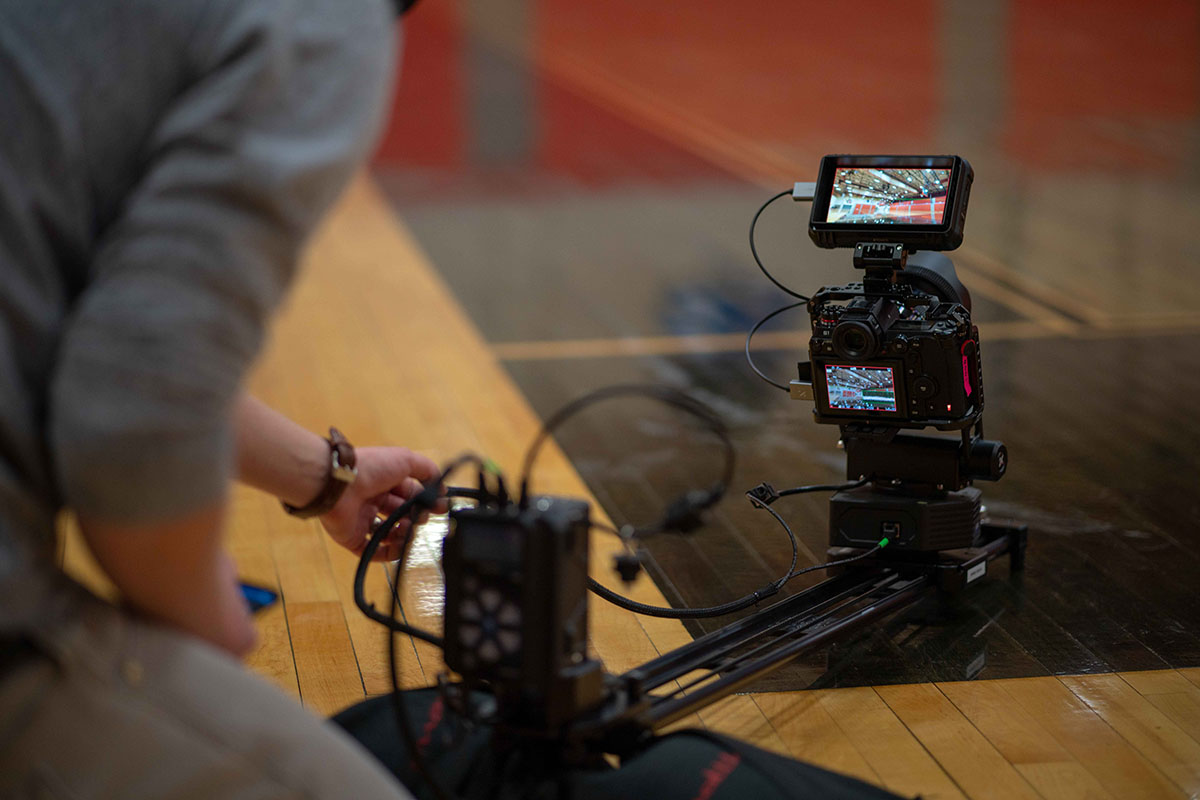 To match his colors on set, Head employs a Datacolor SCK200 SpyderCHECKR 24. According to Head, in side-by-side setups using his LUT and color charts, he can match his S1 and EVA1 perfectly. “Also, the S1’s full frame comes in handy a lot,” explained Head. “We've been shooting in smaller spaces lately, but we’re still able to get enough depth out of it. For a lot of corporate work, you sometimes don’t get a pretty backdrop, so you’re left to try and make it look interesting through lighting. Sometimes you’ll just want to knock the background out of focus.”

With his S1, Head also makes use of shooting 6K open gate, which is well suited for social media since it has a more squared off aspect ratio. For the final video, he still has the 16 x 9 project in high resolution. “There’s just a lot of flexibility,” he said. “Also, we've had more projects where the client wants both video and stills,” he said, “so we can shoot our shots and then get some stills while on location. The S1 has been a great and versatile camera for us.” 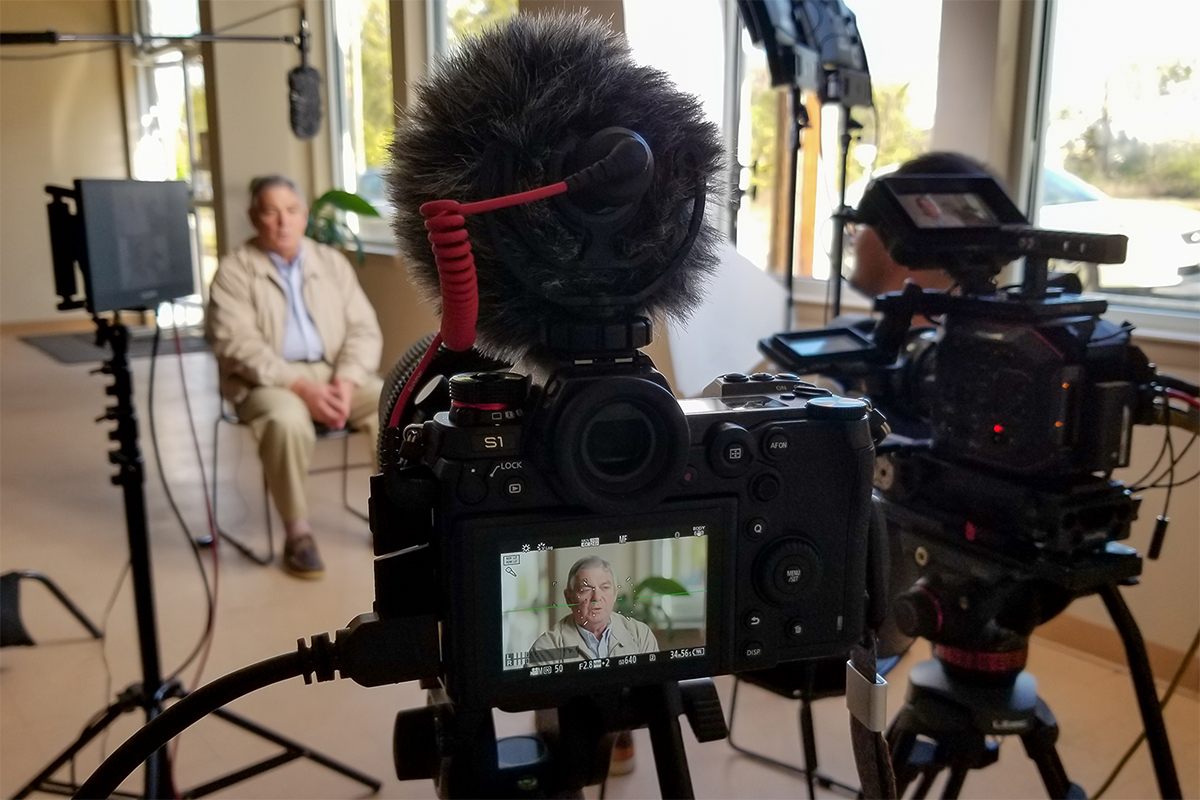 Having adapted quickly during the pandemic, Head believes he’s become a stronger filmmaker. Even though he’s gotten used to wearing additional hats, he’s still on the fence about the new norm of smaller crews.

“We have gotten into a really good rhythm of doing the smaller crew,” said Head, “and I think that’s going to stick because these companies know we can do this. For me that’s kind of a con since you’re always worried about people losing work and I think people need to prepare that this may stay the same. But it never hurts to learn a few different trades since it will make you a better filmmaker.