A One Man Band

A cinematographer, executive producer, and whiskey aficionado, Johnny Derango was corresponding with the owner of The Bottle Haus, an online liquor retailer, and it turned out they were looking for someone to create a series of commercials to promote their business on social media. “The directive given to me was to do a commercial that gives the bottles personality, as well as be funny,” said Derango. “It was very open ended, so I had to conceptualize that.”

For a commercial with a small budget and no CGI, Derango couldn’t have the bottles talking, or moving around. He decided it was best to have the bottles interacting with people in a fashion that still makes a viewer smile. He decided to shoot the series with a single LUMIX GH5 II. “I wanted to put people in interesting, everyday environments, interacting with these bottles, and give them personality,” he revealed. “And I did that through voiceover, as well as interesting angles that connect the people with the bottles.” 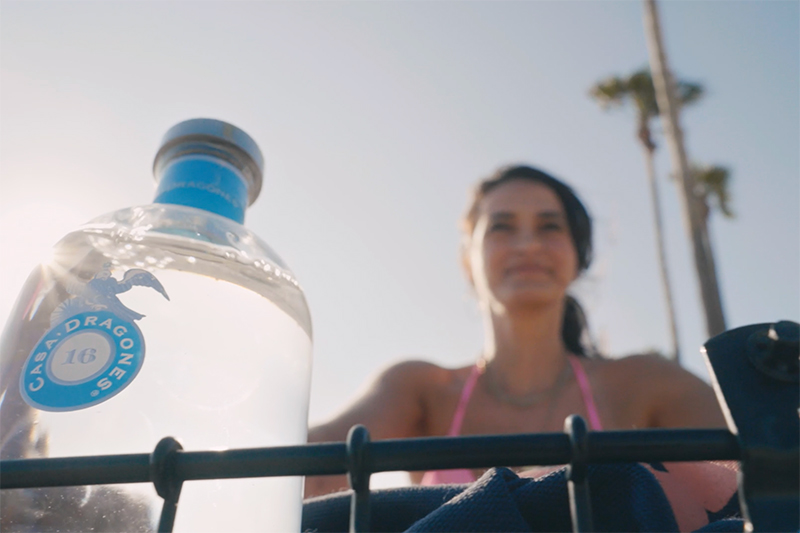 With a small budget and no CGI, DP Johnny Derango had to figure out a way to have the bottles interacting with people in a humorous way.

A director of photography for over 20 years, Derango recently shot several high profile feature films such as Small Town Crime, starring John Hawkes and Octavia Spencer, and Fatman, starring Mel Gibson. Last year, he shot and executive produced the hit Hulu TV series, Everyone Is Doing Great, starring James Lafferty and Stephen Colletti. So why use a compact mirrorless camera to shoot spots for a commercial?

“From top to bottom, this was a one man band job,” explained Derango. “For the most part, I did everything myself. I shot, edited, and conceptualized it around two notes from the owner of the company. It was imperative that I had a camera that was easy for me to operate, and the GH5 II was very low profile.

“I did a shoot at Notre Dame,” continued Derango, “and I don't think Notre Dame wants you walking on their campus with a large camera since it’s a private university. The fact that I had a small camera that I could travel with made my life that much simpler. It allowed me to get shots that I couldn't have got with one of my normal camera packages.” 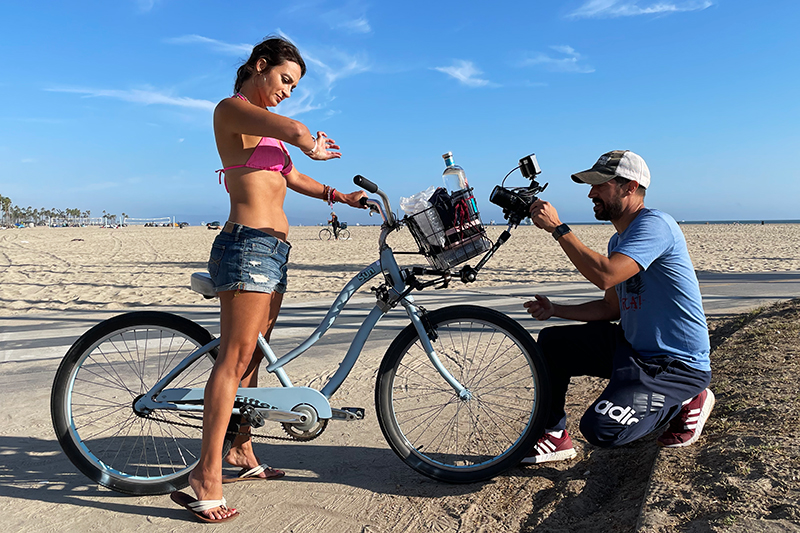 Derango rigging the GH5 II on a bicycle to capture both bottle and subject. (Photo by Tre Bills)

The GH5 II was the first mirrorless camera that Derango has shot a project on and he had not worked with a photo-style camera body since 2010 when he owned a Canon 5D Mark II. “I was a little hesitant to use the GH5 II, but I was shooting in Oklahoma, Indiana and Venice, CA,” said Derango. “I needed something that I could travel around with that was light and I didn't need a whole camera crew to operate. That's the main reason why I chose this camera.”

The fact that I had a small camera that I could travel with made my life that much simpler. It allowed me to get shots that I couldn't have got with one of my normal camera packages.
DP and Executive Producer Johnny Derango

Although he had not shot with the Micro Four Thirds platform previously, Derango was immediately impressed with the GH5 II on the first day of shooting, in which he captured a yoga scene handheld. He shot the scene primarily in natural light except for the use of a small eyelight to get a twinkle in his subject’s eye. Shooting with the LUMIX G Vario Lens, 12-60mm, F3.5-5.6 ASPH. (24-120mm, 35mm equivalent) gave him the range and flexibility he needed without carrying extra lenses on the road. He also felt the zoom lens had a nice, inherent softness while still remaining sharp. 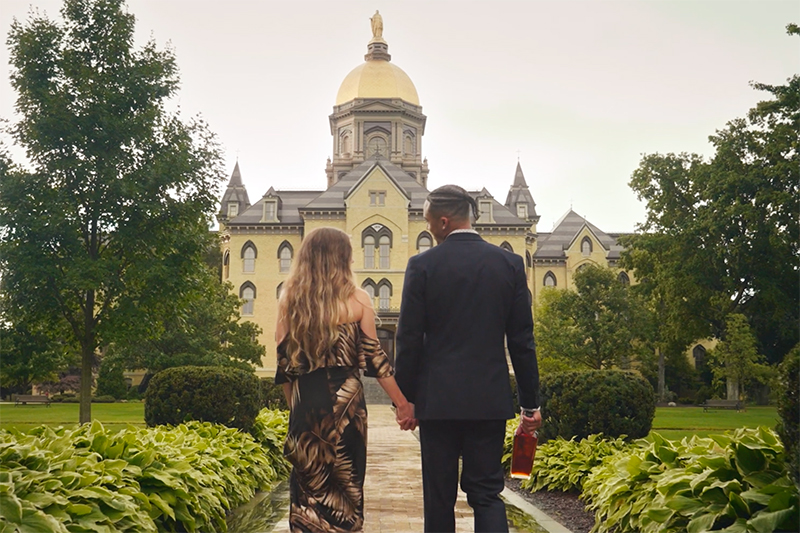 Working with his lightweight and compact GH5 II camera, Derango was able to shoot on the Notre Dame University campus under the radar.

For daylight exteriors, he used a Tiffen ND1.8 filter on his lens, which offers six stops of diffusion. “NDs are critical because you can’t operate at the stop you want without adjusting the shutter,” he explained. “If you adjust the shutter, it definitely affects your motion. For me, having those NDs, even though they were external, was key.”

The compact size of the GH5 II allowed Derango to get his camera in places he could not with a full-size cinema camera. For a scene shot on a public dock at a lake, there was a couple fishing on the other side and he was able to shoot without inconveniencing them. “What's so cool is because nobody knows you are shooting video – it just looks like I'm taking some photos,” revealed Derango. “I was able to be very discreet and still get images that I think are on par with anything else I'd shot.” 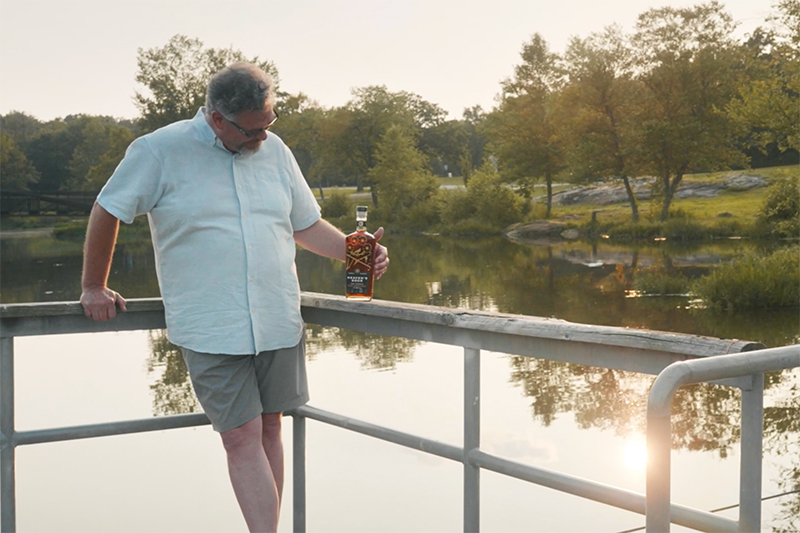 Derango was able to capture a shot on a small fishing dock without inconveniencing a couple fishing on the other side of the dock.

Derango edited the commercial in Adobe Premiere Pro himself. Shooting the entire project in V-Log, he used a Rec.709 LUT for monitoring. For his final color grade, he took the project over to Company 3 to work with colorist J. Cody Baker, who graded both Small Town Crime and Fatman. Baker created a more cinematic LUT to give the commercial more of a film emulsion look, as well as brightening up the image. “I also wanted it to look a little more dreamy,” explained Derango, “so we raised the black level and softened it a little bit.”

According to Derango, the GH5 II can easily be used in a pro setting, especially when you need to shoot under the radar. “I think there will always be a place for a small camera, whether it be a box style camera, or mirrorless camera, to get in a space you couldn’t get into otherwise,” explained Derango. “With the price point being what they are, you can have four, five, or six cameras, to get an additional angle to help you in the edit, which I think is super helpful on the professional level. 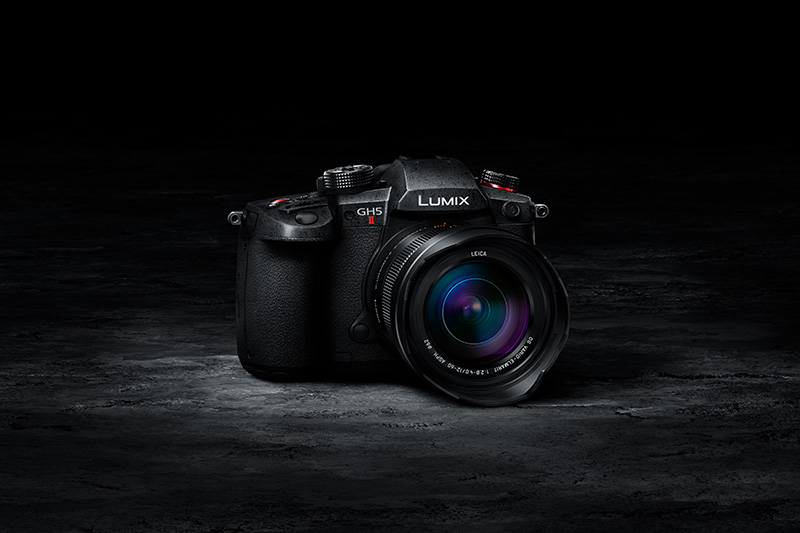 “I would have never thought to use the GH5 II as my first choice, but circumstances dictated a small camera and it performed unbelievably. For me, it was the perfect tool for the job.”

For more info on Johnny Derango, visit his website at https://www.directorofphotography.com/

Learn More About the GH5 II Become a LUMIX integrator