During the height of the pandemic, live music shows were non-existent since large in-person gatherings were mostly banned. American jam band Goose had to get creative to perform live for their fans, which included outdoor drive-in concerts. To enhance the live experience for their "stay-at-home" fans, they teamed with Indianapolis-based Goedde Sound & Light to produce livestream shows. Goedde Sound & Light are currently livestreaming their current tour with eight LUMIX BGH1 cameras. 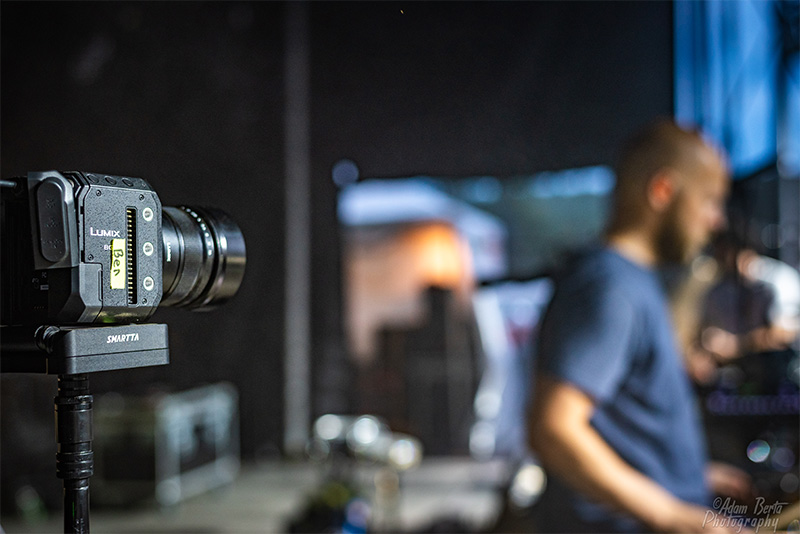 For the current Goose tour, the Goedde Sound & Light team transitioned from LUMIX G85 mirrorless cameras to box-style BGH1s for their expanded i/o.

During the pandemic, Goose produced a series of four livestreaming concerts that they dubbed the Bingo Tour with Goedde Sound & Light producing the light show and livestream. Each show’s setlist was determined by the outcome of a live bingo game. “We had never done a livestream before,” explained Andrew, “but Marta was like, ‘Yeah, we could totally do that. We’ll just figure it out.’”

For the Bingo livestream tour, they used LUMIX G85 cameras, but have since switched to BGH1s for the current tour. “At the time, there wasn’t a lot of information for somebody to get into livestreaming,” revealed Marta. “We had to figure out how to get our G85s into our switcher, which has SDI inputs, and record it. That was the biggest challenge, but we figured it out and have been progressing our system. The BGH1s have done a lot for us in that aspect.” Due to tour’s success, Goose wanted to live stream each show moving forward. 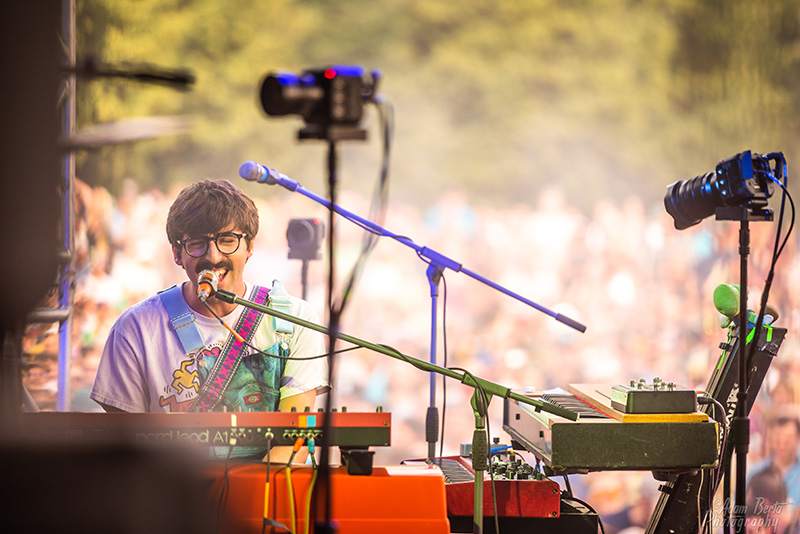 Goose's livestream shows are captured with seven BGH1 cameras mounted on stage with one roving BGH1.

In testing the BGH1s, the team rented eight of them and did a full setup in their warehouse. They invited local bands to play so they could livestream with the cameras and work out any issues before going out on tour. Since the BGH1s have an SDI output, they were able to ditch their SDI converters.

According to Andrew Goedde, the BGH1s gave them the best of both broadcast and cinematic worlds. There are seven static cameras on stage and an additional BGH1 that McDonald moves freely around stage with a gimbal. To monitor the moving camera, McDonald employs a Teradek Bolt that sends the video signal back to the console. “We definitely love the look,” revealed Andrew. “The cameras give you that live, broadcast look but also that shallow depth of field, just like a cinema camera.” 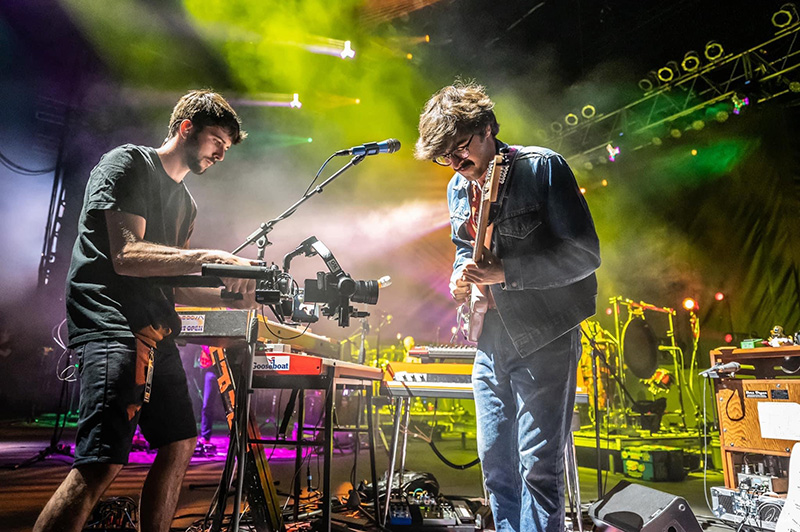 Goedde Sound & Light's Danny McDonald operating a BGH1 on a gimbal to capture a guitar solo.

The BGH1 does not contain an LCD or viewfinder and before learning the LUMIX Tether app, the team was hooking up a small monitor to each camera to make image adjustments. “I honestly like that there’s no monitor because with the static cameras on stage, we want the cameras to be as low profile for the live fans,” explained Marta Goeddes. “Ever since we started using the tethering app, it’s been a huge game changer for us.” 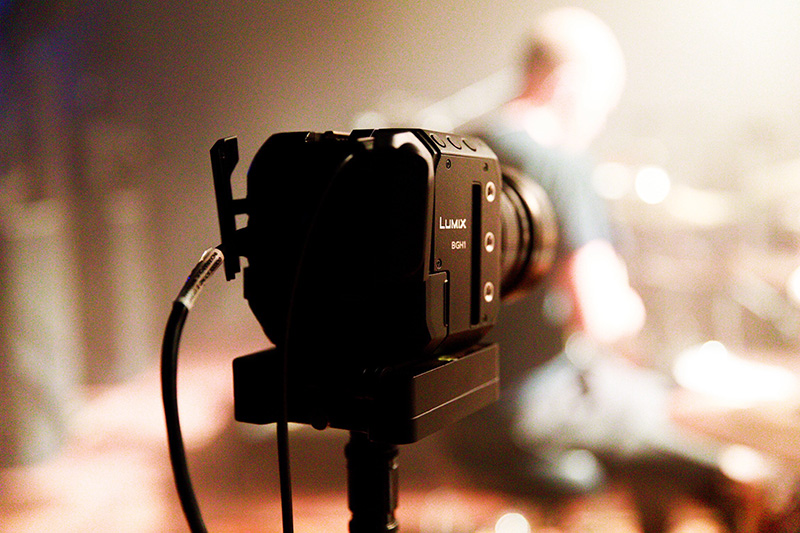 According to GSL's Marta Goedde, they wanted to keep the BGH1s as small and stripped down as possible to accommodate the live audience.

“With live shows coming back, it’s not so much a drive-in style COVID show, and we’ve been thinking about zoom capability to get closer or different types of shots,” revealed McDonald. “We just picked up a 12-60mm, which is a very nice lens.”

For switching, they employ the Blackmagic ATEM Television Studio Pro 4K, which has eight 12G SDI inputs. “We have one camera for every member of the band except for the keyboard player, who has a behind angle because of how he has his keyboard set up,” said McDonald. “We built a live streaming case with everything already built in. There are patch bays on the back that run up to the switcher, which is on the front.” 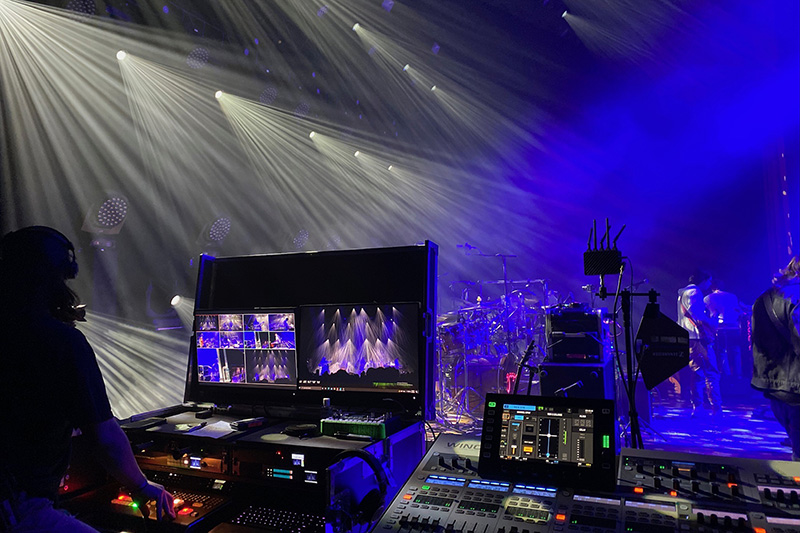 According to GSL's Andrew Goedde, the team built a live streaming case with patch bays on the back that run up to the switcher - a Blackmagic ATEM Television Studio Pro 4K, which has eight 12G SDI inputs.

All of their BGH1s are genlocked, powered and controlled via POE+ through the cameras’ LAN port. Due to the number of cameras and changing lighting conditions, the team sets their cameras to Shutter Priority mode, which keeps it simpler. “Each camera has a Cat5 and an SDI that runs into the patch bay,” explained Marta. “The other end of the Cat5 and SDI cables run to the switcher and then the network switch into the computer, which is how we’re using the tethering system.” (LUMIX Tether Ver. 2.0 is a free software app that gives you full control of up to 12 BGH1 or BS1H cameras.)

The team uses body and face tracking AF during sound checks but during the livestream they set everything to manual focus. “Another great thing I love about LUMIX Tether is if for any reason the camera goes out of focus, we can quickly correct with its AF tools,” explained Marta. “I leave the program up the whole time on the computer and rename each camera to each bandmember. It’s amazingly simple to use.” 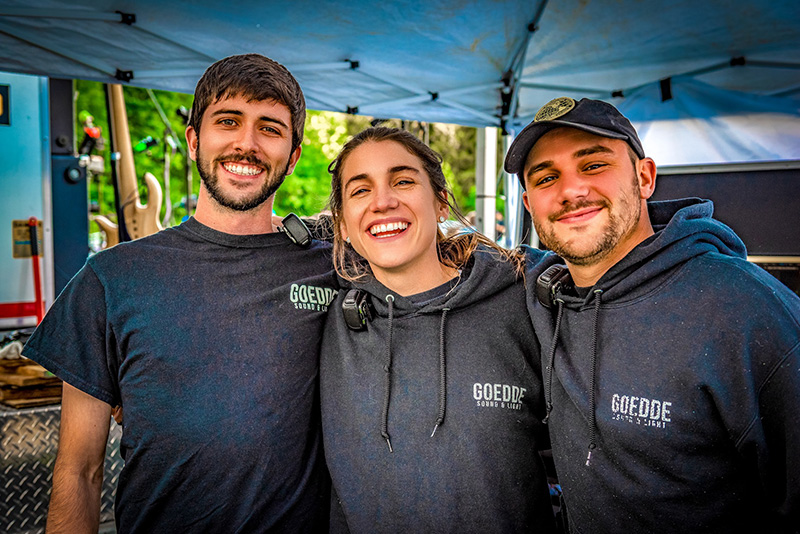 Out of the switcher, they program out to their PC, in which McDonald uses a capture card. Through the capture card, they’re able to take the program feed into vMix, which is a live production and streaming program. The concert is streamed via LiveXLive where people can pay for and view the livestream.

The H.265 livestream is 1920x1080 at 29.97-fps and the team uses the Cine V picture profile. “Everything we do is live but sometimes we’ll take some of the camera angles and put them into a different video for the band’s YouTube channel,” explained McDonald. “A lot of the time, it’s easier for them to post a video that already has been livestreamed, so it’s nice to be able to have a finished project right after the show.”

“I'm so impressed with the look,” said Marta. “What we're getting out of the cameras is amazing. Especially the way Danny is moving around the stage capturing the guys playing while Andrew is changing the lighting. The BGH1s are definitely the best cameras we've ever worked with, and it has been a huge blessing for us. With its ease of use and the look, it is exactly what we've been searching for.”

Check out livestream clips from the Goose tour, shot with BGH1 cameras...

For more information on the BGH1, click through here.

Learn More about the BGH1 Become a LUMIX Integrator