Did you know before Prohibition, North Carolina produced more wine than any other state and now boasts more than 200 wineries? It's not Napa Valley yet but with high aspirations and great wine this small vineyard worked with Duke Energy to become the state's first winery to use solar power. This interesting article tells their story. Looking to reduce or eliminate your utility bills so you can buy better wine? Speak with a Panasonic authorized solar installer to get all your questions answered.

Joyce Neely wants you to know that it's no longer cool to be a wine snob.

She and her husband Joe started RayLen Vineyards and Winery in Mocksville, North Carolina, in 1998. The land they purchased southwest of Winston-Salem had been used to farm cattle, and there were only 25 other wineries in the state. North Carolina wine was a fledgling industry compared to California or Washington, but the Neelys wanted to showcase the South and prove North Carolinians could make good wine, too. 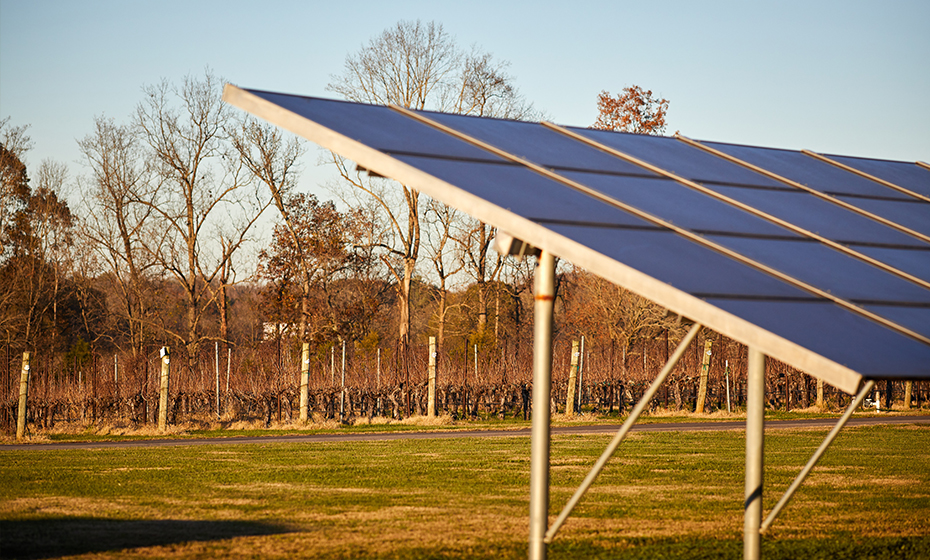 RayLen, named after the Neely's daughters Rachel and Helen, is part of the state's nearly $2 billion wine industry that supports 10,000 jobs. It's also the state's first vineyard and winery to use solar power. They worked with Duke Energy in 2009 to install solar panels on land that wasn't suitable for growing grapes. It was a way for them to give back to the community and offset about half of their energy costs.

Utility-scale and residential solar installations are becoming more common. More than 18,000 Duke Energy customers in North Carolina have a private solar system – with a record-breaking 5,500 installed in 2020 alone. Duke Energy's five-year, $62 million solar rebate program helped drive the growth by reducing start-up costs at homes and businesses. The company also plans to double its solar portfolio by 2025 as part of its goal to reach net-zero carbon emissions by 2050.

"We were delighted to be part of the effort to show that North Carolina can do as well or better in many different areas from winemaking to being energy independent as anybody can," Neely said.

As solar energy matures, so will the Neely's 35,000 vines, which will yield more flavorful and complex wines. Twenty-five years from now, she said, people will notice.

"If you look at the history of Napa Valley," she said, "it didn't happen overnight." 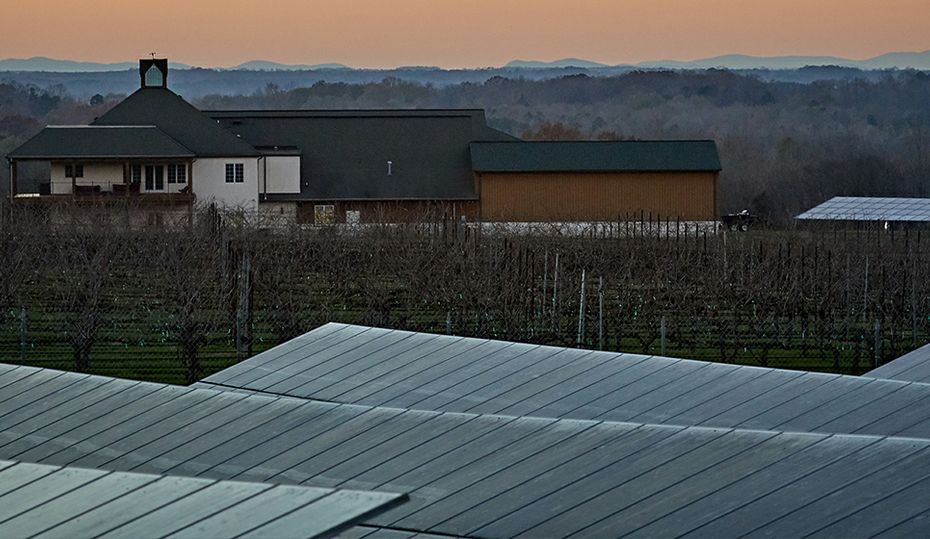 More than 20 years after Raylen bottled their first blend, there are now more than 200 wineries in North Carolina, and RayLen's porch stays busy with regulars who veer off Interstate 40, unpack their folding chairs and share a glass of wine with friends.

Neely said she realizes North Carolina wines still need to win over more people, but she's optimistic and committed to using their small business to move the state forward.

And North Carolina is not new to wine.

Before Prohibition, North Carolina produced more wine than any other state. Manteo, in the northeastern corner, is home to a 500-year-old scuppernong vine – the country's oldest-known cultivated grape vine. The scuppernong is a large, thick-skinned, pale-green grape in the muscadine family. It produced a sweet, white wine that gained popularity in the 1800s and won international awards at the turn of the 20th century.

North Carolina wine stalled during Prohibition but made a comeback in the 1970s. Today, you'll still find muscadine wine – the scuppernong is the state's official fruit, after all – but it's far from the only grape in North Carolina. Because the state has a variety of climates and landscapes, it produces more than 2 million gallons of European-style and muscadine wine every year, ranking seventh in U.S. production. 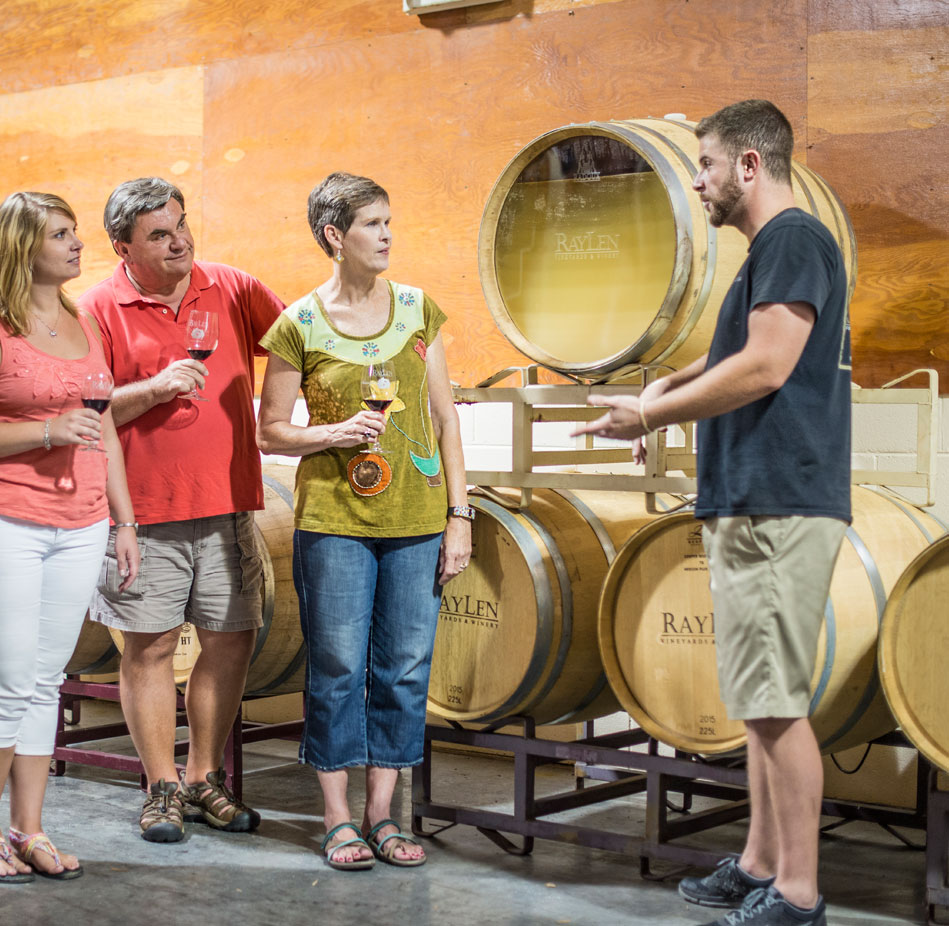 RayLen alone produces more than two dozen reds, whites and blends ranging from sweet to dry. Their wines have won national competitions, and their most popular red blend Category 5 (named for its bold flavor) appeared on NBC's "Today" show. But, more important than the accolades, Neely said, is being able to help people find a wine that appeals to them. The winery offers tastings where a RayLen expert offers suggestions based on each customer's preferences.

"We think the greatest wine connoisseur is the person who knows what they like to drink," Neely said. "In our favor is that to be a wine snob is not really cool. It used to be, but it's not now, and that fits our philosophy perfectly."

Their business is about the experience. Whether you're with friends on the porch at RayLen or you're committing to serving at least one bottle of North Carolina wine at a party, Neely said, you're supporting the local tax base, jobs and tourism industry.

Plus, she said, North Carolina wine is good stuff.

This article was written by dukeenergy from 3BL Blogs and was legally licensed through the Industry Dive publisher network. Please direct all licensing questions to [email protected].