While wind farms may be a suitable green power solution for certain situations, they are not likely to replace rooftop solar as the best option for most residences. This article from Popular Science takes a deeper look. Interested in solar for your home or business? Get all your questions answered with a free consultation and quote from an authorized Panasonic installer.

When you think about renewable energy, you might think about solar panels and wind turbines. With solar power, you can create a large solar farm that can generate megawatts of electricity, or you can simply throw some solar panels on your roof to help power your home. However, when it comes to wind power, oftentimes we only see the massive wind turbines that pepper rural areas around the globe. Are we missing an opportunity for rooftop wind turbines? 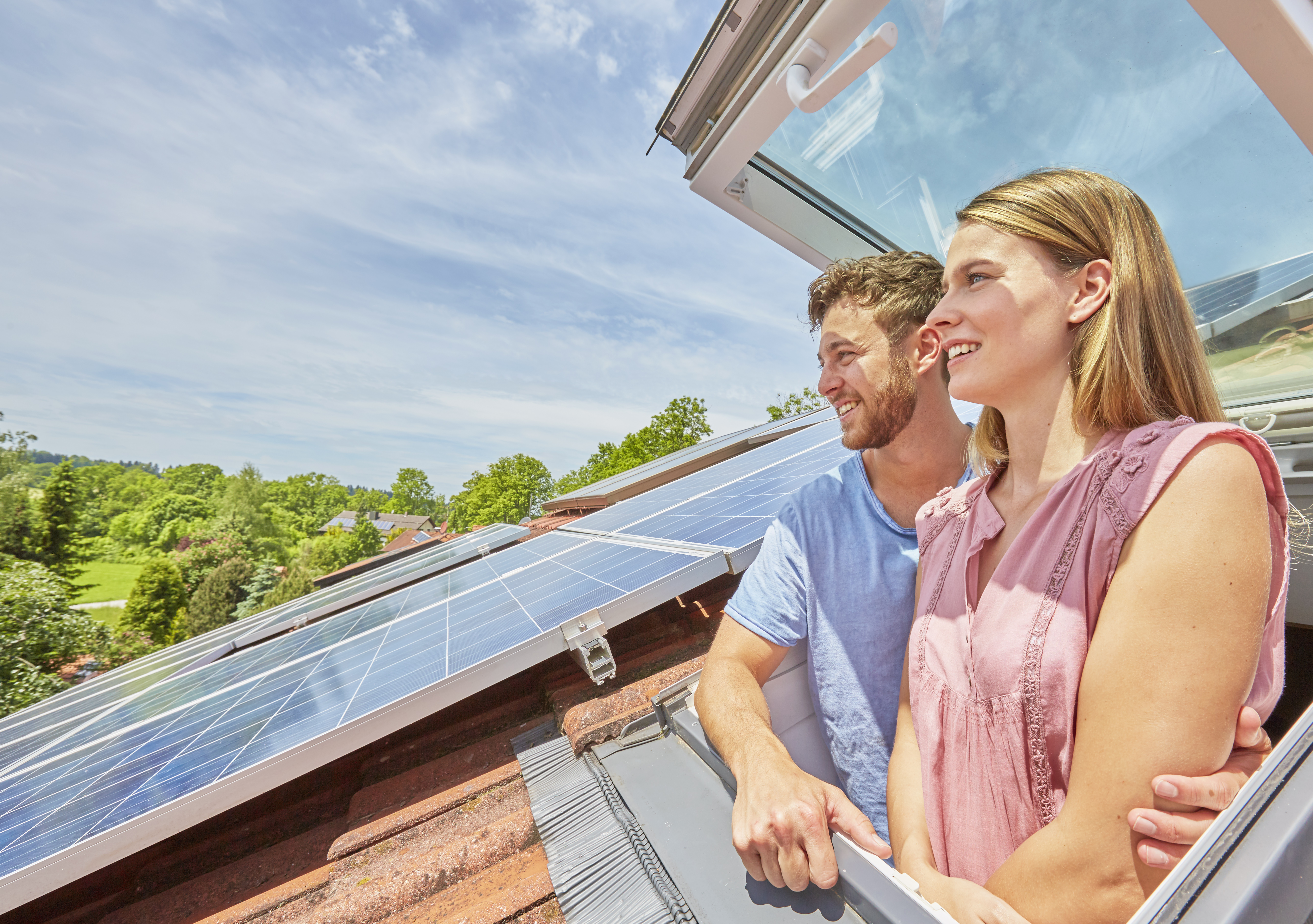 “If you look at large-scale solar farms versus household solar, the cost per unit of energy produced will be lower for the large-scale solar farm just because of the economics of scale. But solar panels are so cheap now that it still sort of makes economic sense to do it on one home,” Lackner says. “For wind, there are a few problems. One is that with wind turbines – there are a lot of spatial scaling factors that go into it.”

Lackner says you can justify investing in putting up large, industrial wind turbines because they produce a lot of power. If you were to put small wind turbines on your home, the investment simply wouldn’t be worth it – they likely wouldn’t generate enough power to justify purchasing and installing the turbines. He says with wind power you want to have wind turbines with very tall towers that are high up in the air to extract the really strong wind speeds above trees, buildings and other obstructions. Generally speaking, the wind gets more powerful the higher you go thanks to the lack of obstacles and lower pressures.

“When it comes to residential, most areas have limits of towers you can install on your house or something, so you can’t really get a turbine up very high,” Lackner says. “You’re also, in most residential areas, surrounded by other houses and trees and things like that that block the wind low down, so wind speeds tend to be very low right near a house.” 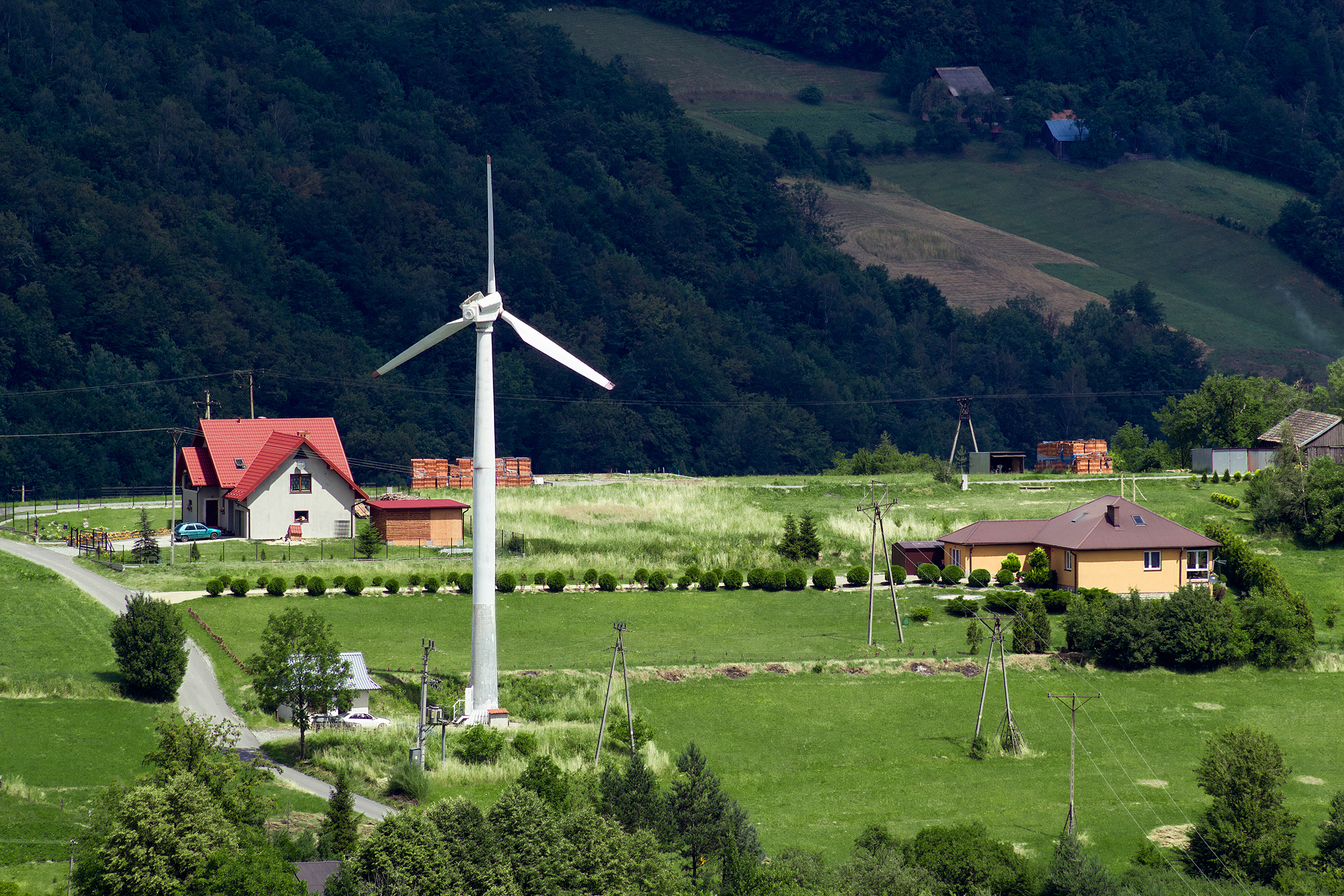 If you live on a farm on top of a hill all by yourself, then it might be worth it to put up a wind turbine, but it wouldn’t work well for most other homes. That being said, wind turbines might be able to generate some power for larger office buildings.

A start-up called Accelerate Wind is marketing small wind turbines to office buildings by taking advantage of how they affect wind patterns. Wind speeds up after it runs into these large buildings and goes over them because the building increases the pressure by forcing it to move up the wall and over the top. The company can angle small turbines near the edge to capture that wind power. The startup states that this technology could generate up to a quarter of a building’s energy needs.

Lackner says there may be another opportunity for wind turbines. He says he can imagine a community having its own miniature wind farm if they have the right space for it and want to make the investment. These kinds of community-owned wind farms can be found in places like Denmark and Scotland.

“I don’t think individual homes would make a whole bunch of sense to do, but I could see something like 50–100 kilowatts that powers tens of homes in a development if it was in a place that’s pretty open towards the top of a hill as opposed to the bottom of a hill,” Lackner says.

That’s a pretty specific situation, so it doesn’t appear as if residential wind power is likely to catch on anytime soon unless some new innovations come around the bend. In the meantime, maybe think about putting your community on a microgrid.

This article was written by Thor Benson from Popular Science and was legally licensed through the Industry Dive Content Marketplace. Please direct all licensing questions to [email protected].

Will silicon remain the most efficient material for panels?
Learn more
Financial & Incentives

How to secure the permits you need.
Learn more
Sustainability & Environment

Top tips for ensuring a project has the least possible impact on the planet.
Learn more
Back to Trends