On the surface, most people believe solar power is only an eco-friendly renewable energy source. But the benefits extend much further. This Huffington Post article examines how school districts are not only saving money and the environment by going solar, but the bigger, not-so-obvious upside.

On the campus of Galesburg High School in Northwestern Illinois, there is a football field, a track, eight tennis courts, two baseball and two softball diamonds, and an acre of photovoltaic panels capable of generating nearly 1.8 million kilowatt-hours of electricity per year.

The array will knock at least $40,000 off the school’s energy bill over the next few years, and superintendent John Asplund expects the number to go up after that. At a time when the coronavirus threatens not just school administrators’ ability to bring kids into the classroom but also their latitude to keep teachers and assistants employed, energy savings could translate to saved jobs.

“Some say they haven’t gotten into [solar] because it seems too good to be true,” said Asplund, whose district includes five other schools, three of which have their own new solar arrays. “But it really is true. You can save a lot of money … and you can help the environment.”

Galesburg High School is one of dozens of schools around the state and some 5,500 schools across the country now producing their own solar electricity, making a strong case for turning schools into power stations. On top of the cost savings (which, in the case of public schools, goes back to taxpayers), adopting solar in schools has the benefit of bringing the technology to areas that might not otherwise have much exposure to renewables, and provides the perfect opportunity for teaching the next generation about green energy.

Many schools are well-suited for the job.

“The structure of schools is amenable to solar, especially in suburban areas,” said Anthony Star, director of the Illinois Power Agency, which runs a renewable energy incentive program under which the projects are being done. The buildings are big, offering ample space for roof-mounted panels, and sprawling campuses make it possible to install large arrays on the ground. And, importantly, Star pointed out, in contrast to, say, businesses that might change hands or homes that people move in and out of, “schools are going to be around a long time. A solar panel has a 20-year lifespan – there’s a certainty that these public facilities aren’t going anywhere.”

An acre of solar panels in an old soccer practice field will power Galesburg High School. Courtesy of Galesburg CUSD 205

There are 15,000 new solar projects in the state as part of the power agency’s incentive program. Most are residential, but many are in public schools, allowing them to save tens of thousands of dollars a year on their energy costs.

Primergy, an Oakland, California, solar company, installed the photovoltaic arrays at Galesburg and 32 other schools in the state, including a college. The schools have power purchase agreements (PPA) with the company, meaning Primergy owns, operates and maintains the arrays. They then sell the electricity they generate exclusively to the schools, at a lower rate than they were paying for conventional electricity from the local utility company. Primergy leases the space required for the installations, too, which is extra revenue for the schools on top of their energy cost savings.

Over the last few years, the vast majority of U.S. schools getting into solar have gone the PPA route. Contracting with an outside energy company saves the school and district the capital required to buy, install and maintain equipment. And since public schools are tax exempt, they are therefore ineligible for solar tax incentives – but third-party providers are able to take advantage of breaks and rebates, passing those savings down.

In addition to those entering into PPAs, some of the Illinois schools going solar are using grants and other incentives to offset investments in building their own solar systems.

Asplund’s previous district invested in building a solar array in 2014. Seeing how much money the schools saved on their energy bills, he wanted to do it in Galesburg, too. He contracted with the same developer – Springfield-based Clean Energy Design Group – which set up the power purchase agreement with Primergy. The advantage of doing it this way, he said, was that “there was no money down – we just save money.”

They also don’t have to worry about upkeep. “The school’s main focus is not running a power plant,” said Primergy’s chief operating officer, Adam Larner. 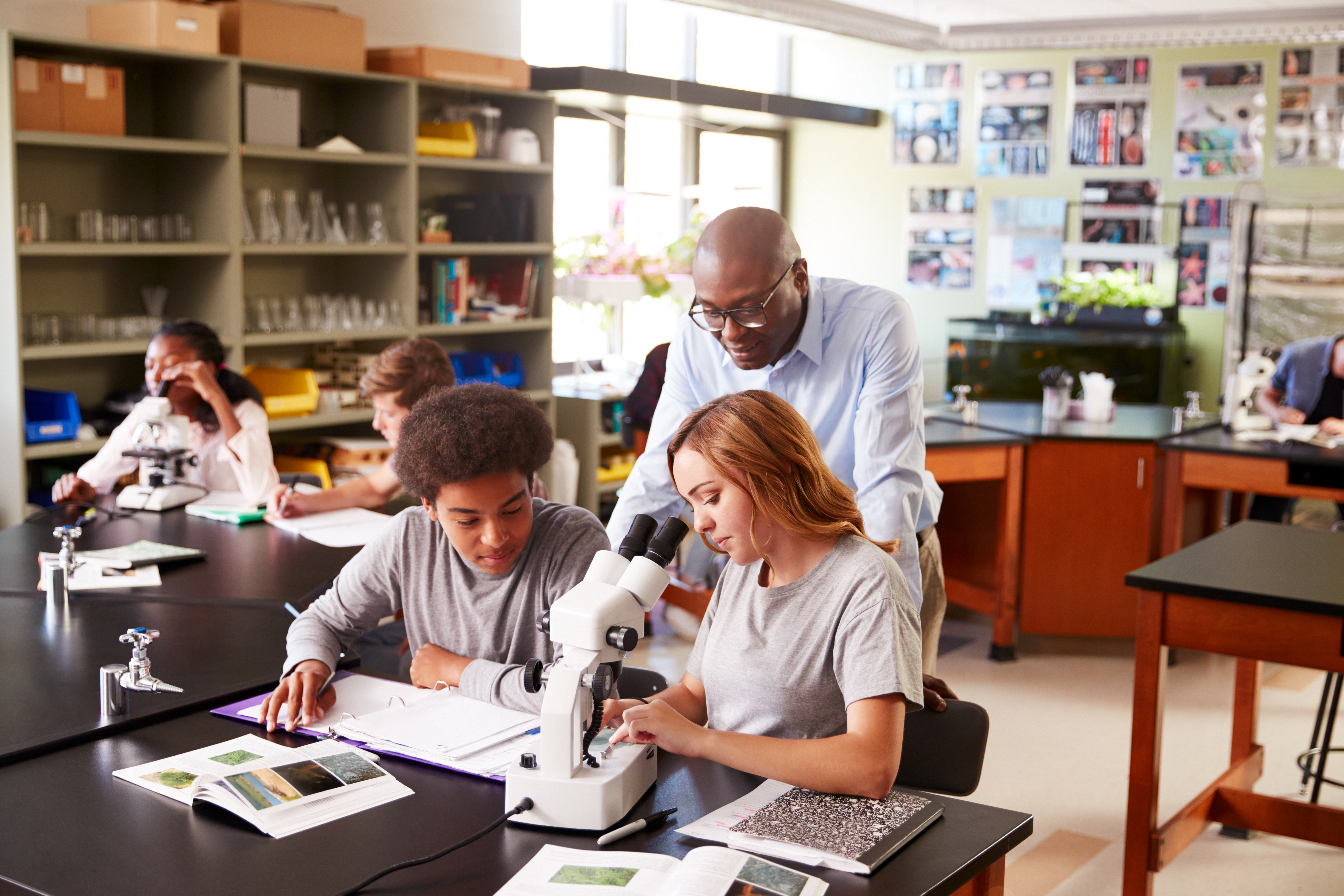 Primergy completed installation at the schools over the last six months. Depending on the layout and location of each, the company installed photovoltaic panel modules either on the roof or on the ground. (Conveniently, the panels are about five-and-a-half feet wide, so even two people carrying one panel could stay a socially distant six feet apart.) Most are fixed in one position, but at nine of the sites the company used trackers, so the panels can follow the movement of the sun over the course of the day and can produce 20-25% more electricity.

The devices tie into a school’s electric system and hook up with the municipal grid. All the electricity generated goes straight to powering lights, heating and cooling, computers and teaching equipment. Any extra electricity produced that the school doesn’t use – especially over the weekend and during the summer – feeds into the grid. The school gets credited for the excess, like unused cellphone rollover minutes.

All together, the schools generate enough electricity to power more than 2,000 homes.

When installing solar panels on the ground, engineers don’t just have the sun and sky above to think about – they also have to consider what’s growing around the base. Tall grasses and other plants can interfere with mechanics or create shade that hampers production. Rather than relying on mowing to keep foliage in check, Clean Energy Design Group hired a local horticulture specialist to advise the team on a seed mix of native grasses and plants that would thrive without growing out of control or giving way to unruly weeds.

The plants are also pollinator habitats, and Primergy reintroduces pollinators where they can. A group at the company finds beekeepers in the area and gives them access to their sites. 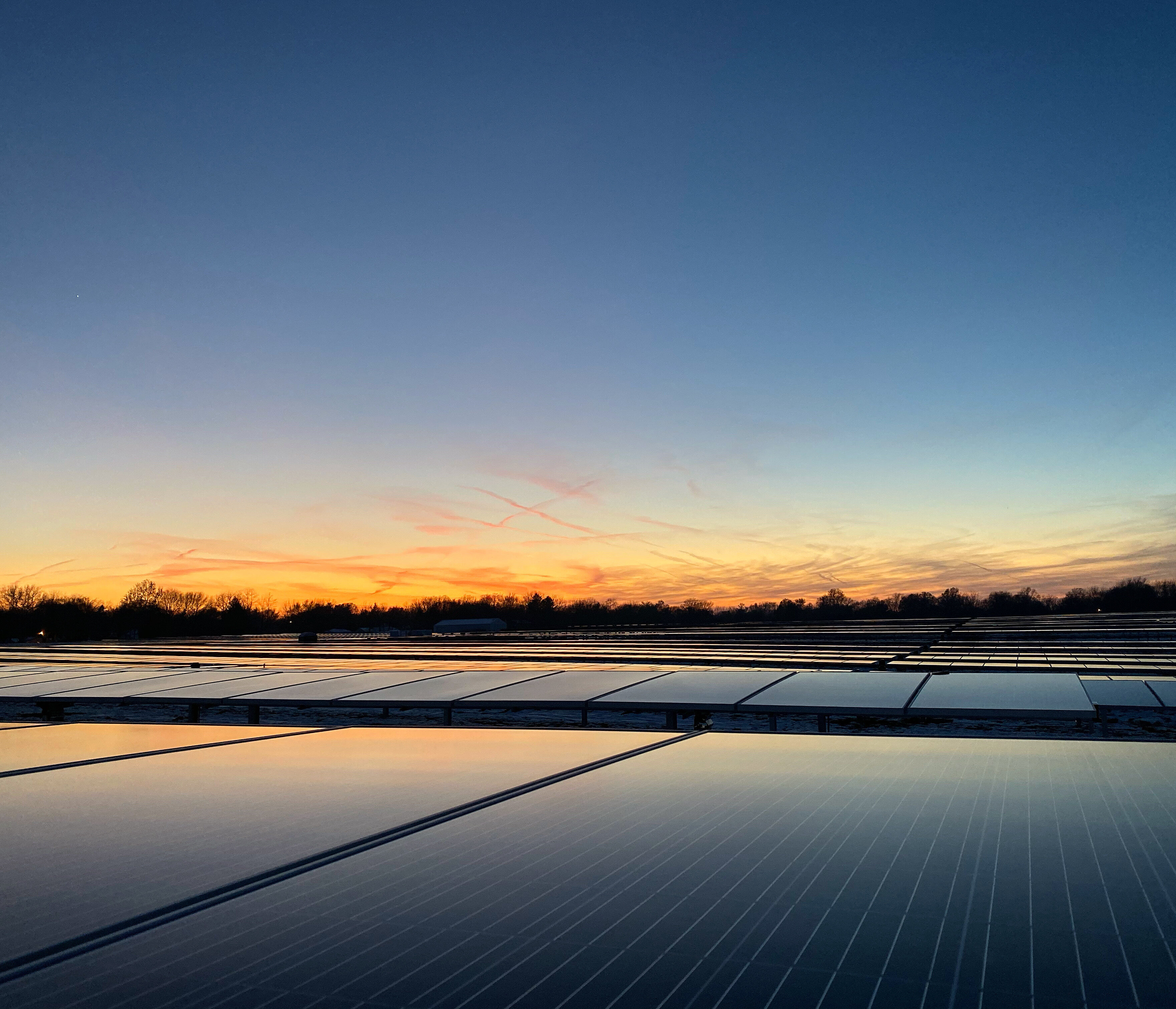 Primergy chooses to plant native plants and pollinator gardens at the base of its solar arrays. Jeff Yee

“It’s important for us that at all of our sites we do as much as we can to benefit the local environment,” said Larner. “There are plenty of beekeepers who want more space.”

They always ask the landholder first; some schools don’t want bees near the kids.

Asplund, who raises bees with his wife on their farm, is excited to bring pollinators to the Galesburg campus.

“We know that without pollinators our crops will die,” he said. “Anything we can do to make sure that we’re putting systems back to help our pollinators is an important step.”

The school already has a so-called prairie plot where science instructors teach students about plants native to this part of Illinois. He looks forward to the school integrating pollinators into the lessons.

One of Larner’s favorite things about the school projects is bringing solar to rural and suburban communities that might not otherwise have access to it, since it is more common in high-density areas. “When we started [in Illinois] there was a question as to whether solar actually functioned as a technology,” he said. Now, he’s got school districts clamoring for contracts.

“There’s a lot of talk about the triple bottom line in solar,” said Larner, referring to the social, environmental and economic benefits. “When solar is put on schools, I think it’s quadruple. … You’re bringing in school board folks, community folks, local government and getting them involved in how these technologies are benefitting the other three elements in their area.”

“I’ve spent 21 years in solar,” he added, “and people never believe it’s doing all these good things in one pass.” Until they see it happen.

This article was written by Amanda Schupak from Huffington Post and was legally licensed through the Industry Dive publisher network. Please direct all licensing questions to [email protected].