With solar and battery storage costs dropping, the US could be predominantly powered by renewables a lot sooner than originally thought. This article by Popular Science dives into the drivers behind the shift to clean power and how we can achieve it. Panasonic's new EverVolt™ home battery system uses high-performing lithium-ion cells to keep you prepared with your own private energy store.

Experts disagree about how fast the US can replace coal and gas-fired power plants with zero-carbon electricity. Some say we can shift to 100 percent clean power by 2050 with little friction and minimal cost. Others say that’s unrealistically optimistic. Scientists on both sides of the argument agree that it’s possible to get to 80 or 90 percent clean power. The debate centers on that last 10 or 20 percent.

Researchers tried to get around this sticking point in a new analysis from UC Berkeley. Instead of asking, “how much?” They asked “how fast?” – specifically, how fast we could get to 90-percent zero-carbon power with wind, solar, hydropower and nuclear power – at no extra cost to consumers. Thanks to rapidly falling costs for wind turbines, solar panels, and batteries, the answer is 2035.

When utilities build a new power plant, they pass the cost on to ratepayers. By 2035, ratepayers will have paid off most gas-fired or coal-fired power plants running today, meaning consumers won’t lose money if utilities shut those plants down early. That’s what researchers mean by “no extra cost.” Ratepayers will be funding new, exclusively carbon-free power plants after they have paid off the old ones. Cutting pollution will help people breathe easier, reducing health care costs and making it cheaper overall to move to shift away from fossil fuels. 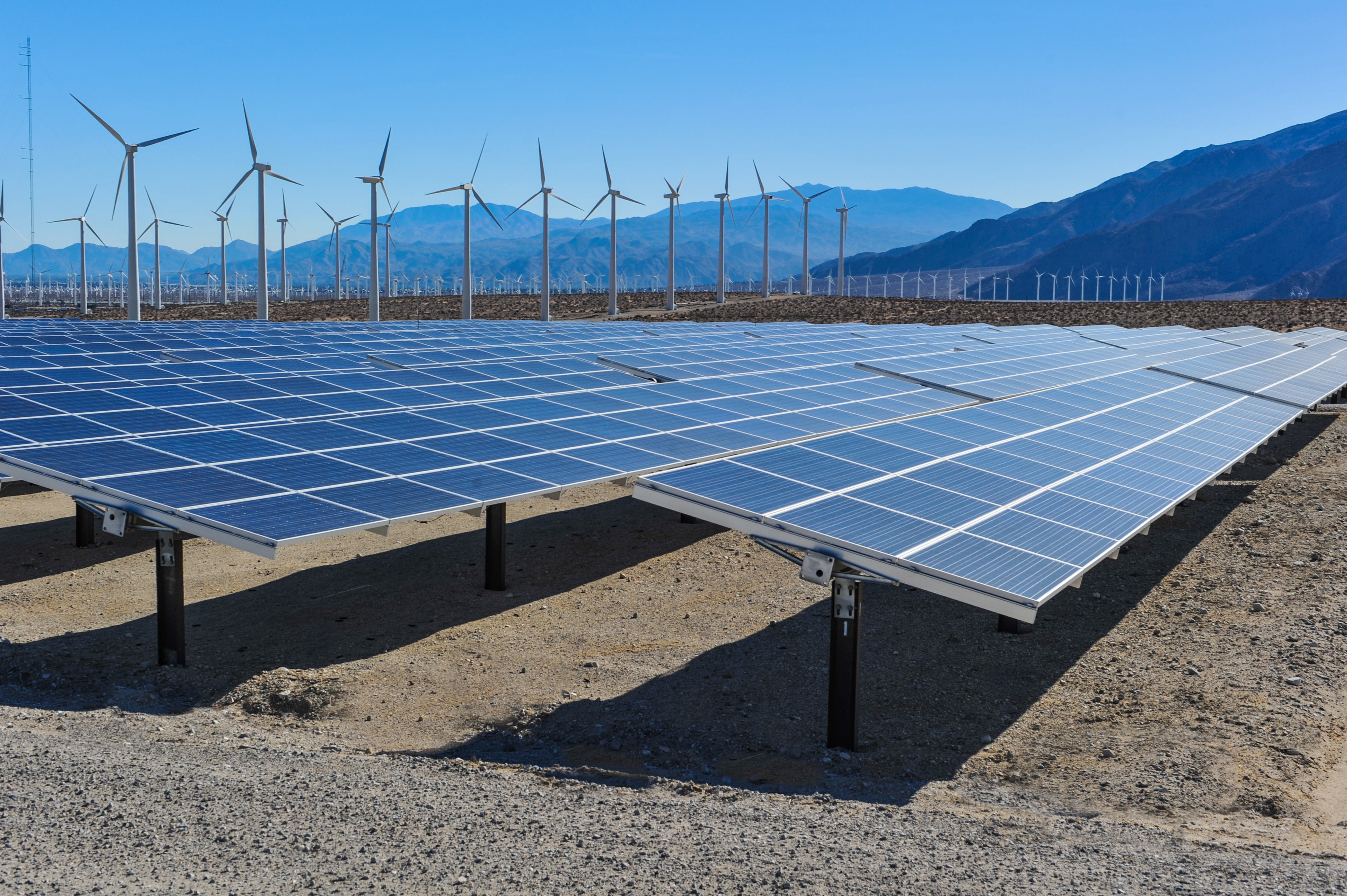 By building out wind, solar, and battery storage, the authors say, we can take every coal-fired plant offline, as well as a number of gas-fired plants. We would use the remaining facilities to supply electricity when needed. Fossil fuels would only account for 10 percent of the power supply, while nuclear power and hydropower, which generate no carbon pollution, would account for around 20 percent. The remaining 70 percent will come from wind and solar paired with battery storage – meaning 90 percent of our electricity would come from zero-carbon sources.

“The pace of technology development has typically been underestimated,” said Amol Phadke, an energy research scientist at UC Berkeley and lead author of the report. “In my career, all my projections have been conservative.” He said that experts have grown more and more optimistic about how fast costs will drop in the years to come.

Authors considered the fact that Americans are embracing battery-powered cars and buses, which will put added strain on the power grid. They say that utilities can meet the rising demand at the same cost with wind and solar as they would with coal or gas.

None of this is likely to happen, however, without the help of lawmakers. The cost of fossil fuels by and large does not account for the toll they take on human health. To account for this fact, and to help overcome inertia in the energy system, experts call for several measures in an accompanying policy paper, such as a national clean power standard and tax credits for renewable energy.

The study makes use of the latest models from the National Renewable Energy Laboratory and software developer Energy Exemplar. It finds that moving to 90-percent zero-carbon power, a labor-intensive endeavor, could generate upwards of half a million jobs a year, which authors say could help the US overcome the current economic slump.

The shift to clean power would also be a boon to public health at a time when the country is battling a deadly respiratory disease. The report finds that a shift to 90-percent clean power could save as many as 85,000 lives by 2050 by sparing Americans from toxic pollution. Experts unaffiliated with the study commended the report, including its focus on public health.

“Climate and environmental impacts fall disproportionately on communities of color and low-income communities,” Patrick Brown, a researcher at the MIT Energy Initiative, said in an email. “It’s always important to be clear about the human cost of fossil energy when it’s included in such models, so I was glad to see these costs included.”

Mark Jacobson, a professor of environmental engineering at Stanford University, believes the report wasn’t ambitious enough, saying, “I am confident their goal can be met, but I think we can go even further.” His own research, which has been the subject of vigorous debate, found it would be possible to power the country entirely with wind, solar, and hydropower by mid-century.

O’Connell believes that researchers should focus on getting to 90-percent zero-carbon power rather than arguing about the feasibility of reaching 100 percent. Just as scientists 20 years ago couldn’t have predicted how cheap wind and solar would be today, scientists today can’t predict how much new technologies will cost 15 years from now. He listed several that could get the US to 100 percent zero-carbon electricity, such as green hydrogen, next-generation nuclear power, and home appliances that interact with the electric grid. But, he said, technology has already advanced to the point where the United States can overhaul the power grid right now.

This article was written by Jeremy Deaton/Nexus Media from Popular Science and was legally licensed through the NewsCred publisher network. Please direct all licensing questions to [email protected].