Renewable energy continues to fill the void left by decommissioned fossil fuel power plants. This article by TechBullion looks at the different sources of clean, emissions-free energy generation and which are most likely to lead the way to a more sustainable future. Ready to start your own renewable revolution to a more grid-independent future? Find out how Panasonic EverVolt home battery storage can fill your void.

Solar and wind energy form the backbone of this renewable energy surge, accounting for nine percent of the world's electricity generation. This year will see solar capacity increase by 16% and wind by a further 12%.

Our guide will introduce you to the stars of this upturn in renewable energy sources.

Renewable means to make something new again, something that is not depleted when it is used, and something capable of being renewed. Renewable energy is primary energy, taken directly from natural resources that nature continually replenishes.

Most renewable energy sources are indefinite – the Sun will shine, and the wind will blow for billions of years – but energy is produced in limited amounts and restricted by whether it's breezy or sunny.

Non-renewables are predominantly fossil fuels, such as coal and oil, which are finite.

Humans have used these primary energies for centuries, from the wind in a boat's sails, sunshine to grow crops, and streams to power watermills.

We use the following renewables to meet our modern energy needs:

If you want to connect your home or business to a renewable energy supplier, online energy marketplaces like Energybot allow you to compare electric rates and suppliers and offer advice and pricing. 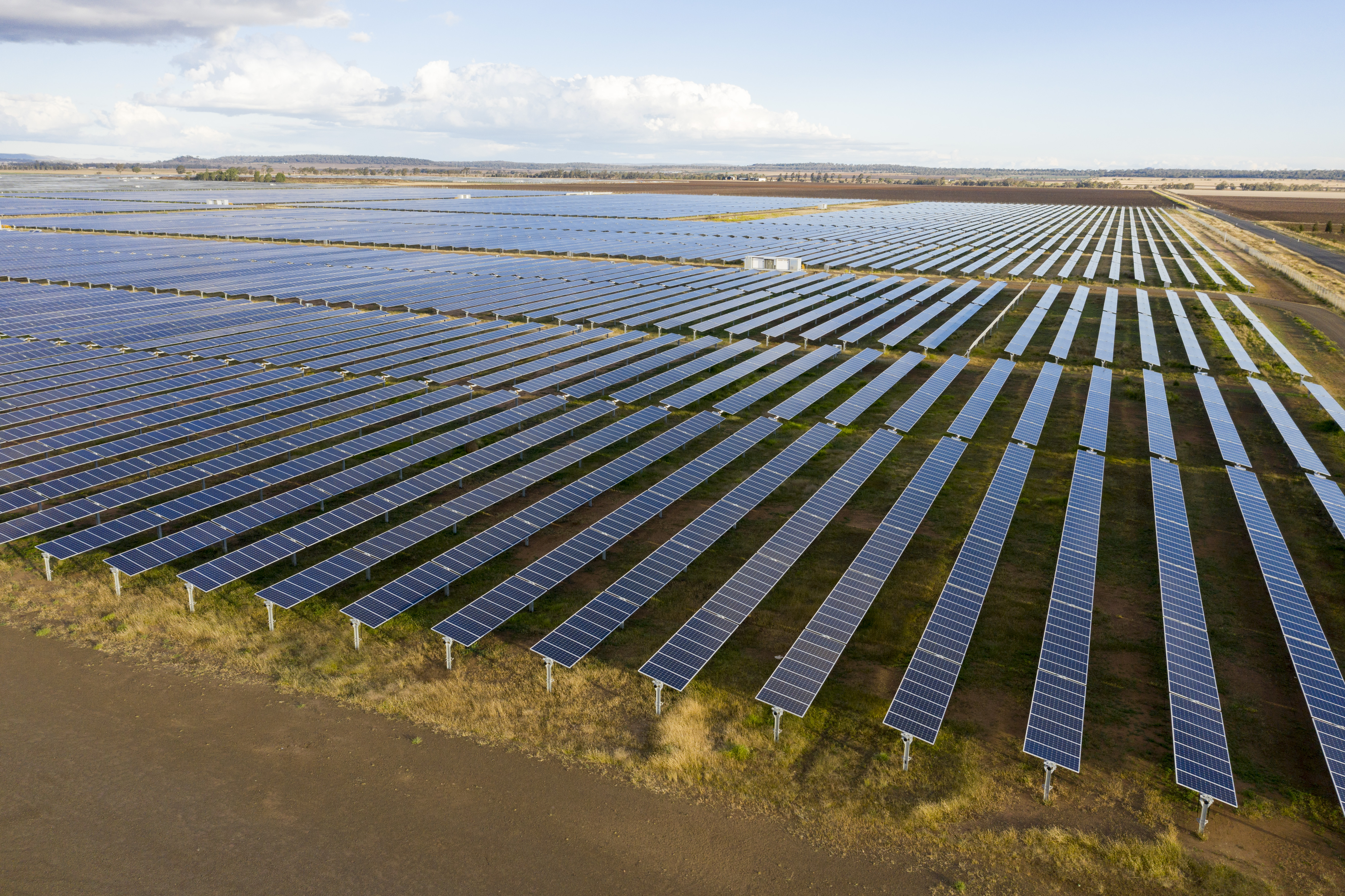 In simple terms, solar power is electricity generated by using solar radiation from the Sun.

There are two principal methods used to capture the solar radiation in the sunshine; photovoltaic cells and solar thermal collectors.

Photovoltaic cells transform sunlight directly into electricity via a semiconducting material in a solar panel's cells.

Solar thermal power plants work differently to photovoltaic cells. They collect the Sun's energy with solar collectors, concentrating the Sun's rays on one point to heat fluids to high temperatures. These fluids heat water until it becomes super-heated steam. This steam is then released to turn turbines that convert the movement into electricity. 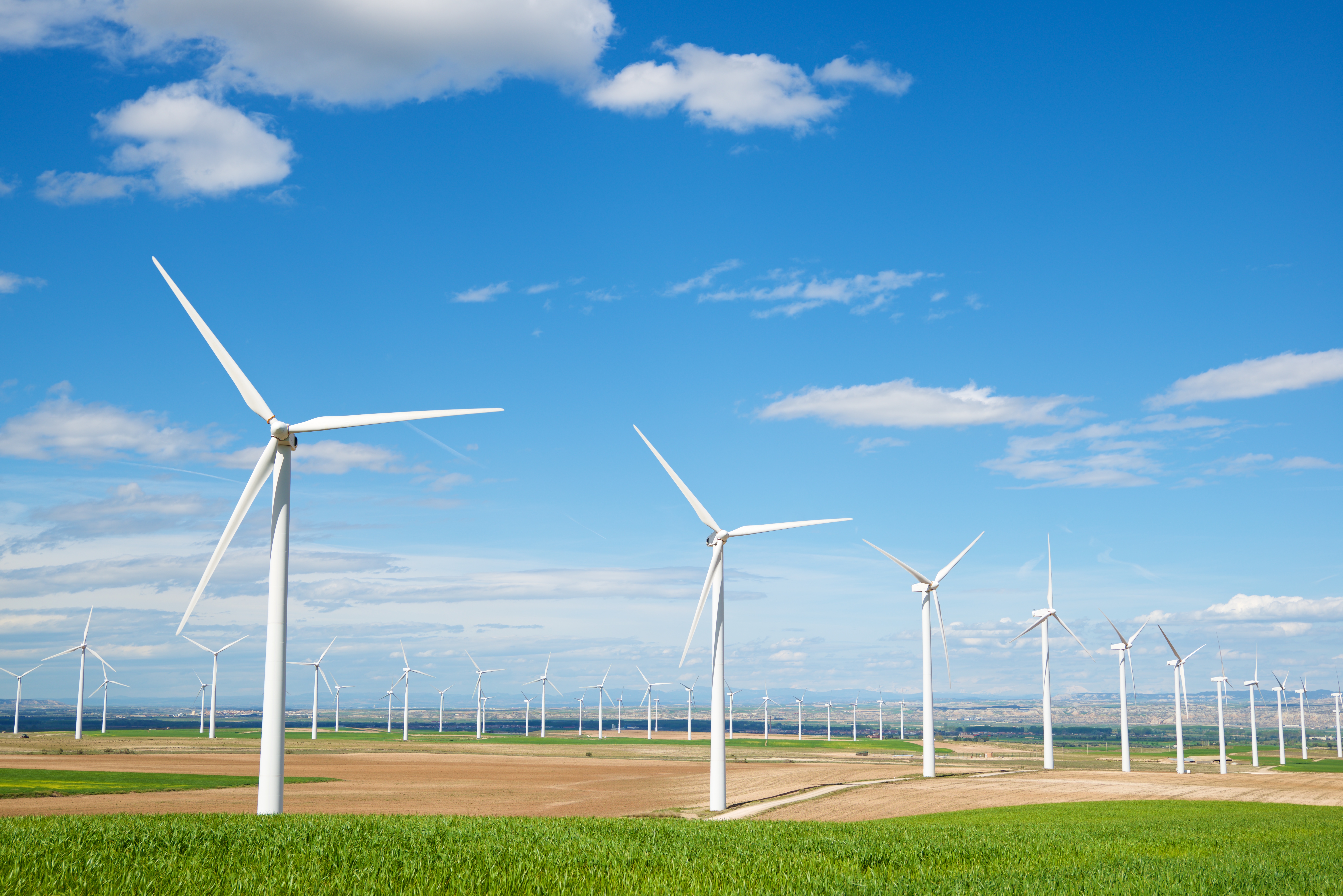 Wind turbines are a common sight across the world nowadays. They are best placed in areas with constant wind rather than occasional blowy days and often straddle hilltops with commanding views. Offshore wind farms are increasingly common, taking advantage of blustery sea conditions.

Wind makes a turbine's blades turn, and it converts this movement in the turbine into electricity. The faster a turbine rotates, the more energy it creates. If there is no wind, there is no power.

Like solar, wind turbines can be large, industrial-scale installations or individual, off-grid solutions.

Hydropower uses the movement of flowing water (not tides, see below for more) to turn turbines to create electricity.

Large-scale hydropower is generated at hydroelectric facilities using hydroelectric dams. The hydroelectric dam holds back the water, creating a large reservoir that holds water at a higher level than its source (usually a river). This creates enormous potential energy that is released through channels, called penstocks, to drive the turbines. Hydro operates at around 90% efficiency.

Rivers and streams in remote, off-grid areas can be sites for smaller hydropower schemes to provide power to buildings.

However, there are environmental costs, with reservoirs affecting an area's wildlife and water quality, and destroying local habitats. Hydroelectric facilities are often in remote areas, and they lose some energy in transmission. 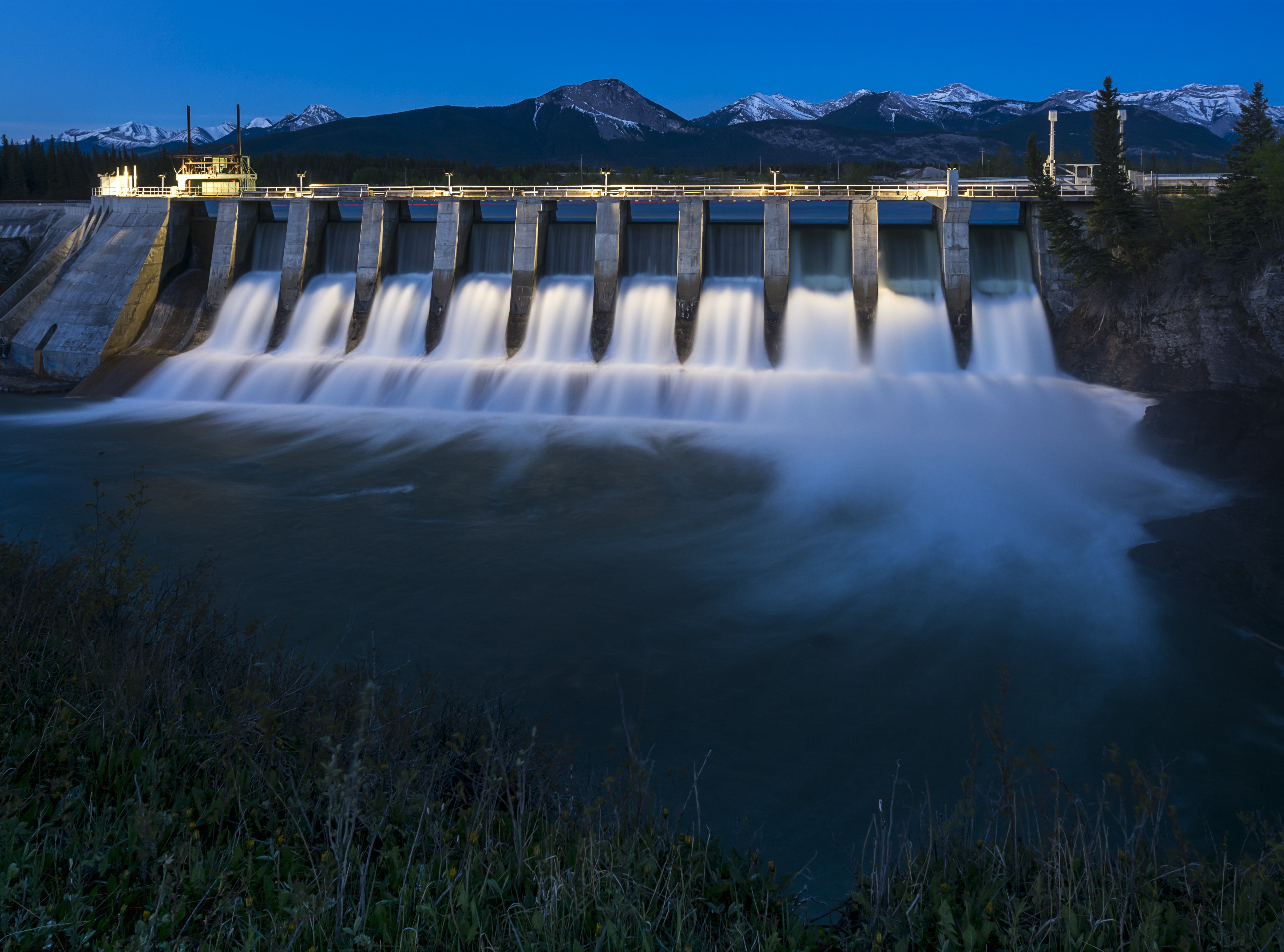 Twice-daily tidal currents are used to drive turbine generators to create electricity. Tidal is a predictable energy source, albeit not widely used because of its cost. There are some mammoth tides, including the world's largest at 50ft in Canada's Bay of Fundy

There are three main types of tidal or ocean power:

The moving water of tides power turbines to create electricity, similar to the process of wind turbines.

Akin to hydroelectric dams, tidal barrages capture energy as water, pushed by the tides, moves in and out of a bay or river.

Very much in its early stages but showing promise, dynamic tidal power requires a tide that flows parallel to a coast. A long dam is built from the land straight into the sea. When the tide flows, one side of the dam traps water, causing the sea level to rise higher that side. This increased water level then passes through turbines in the dam wall, creating electricity. Turbines turn whichever way the water passes through to generate power with incoming and outgoing tides.

Environmental costs can be high with tidal power. Changes in water flows may damage delicate marine ecosystems, and animals can be caught in turbine blades. Alterations to aquatic life can also impinge on sea birds and migratory routes. 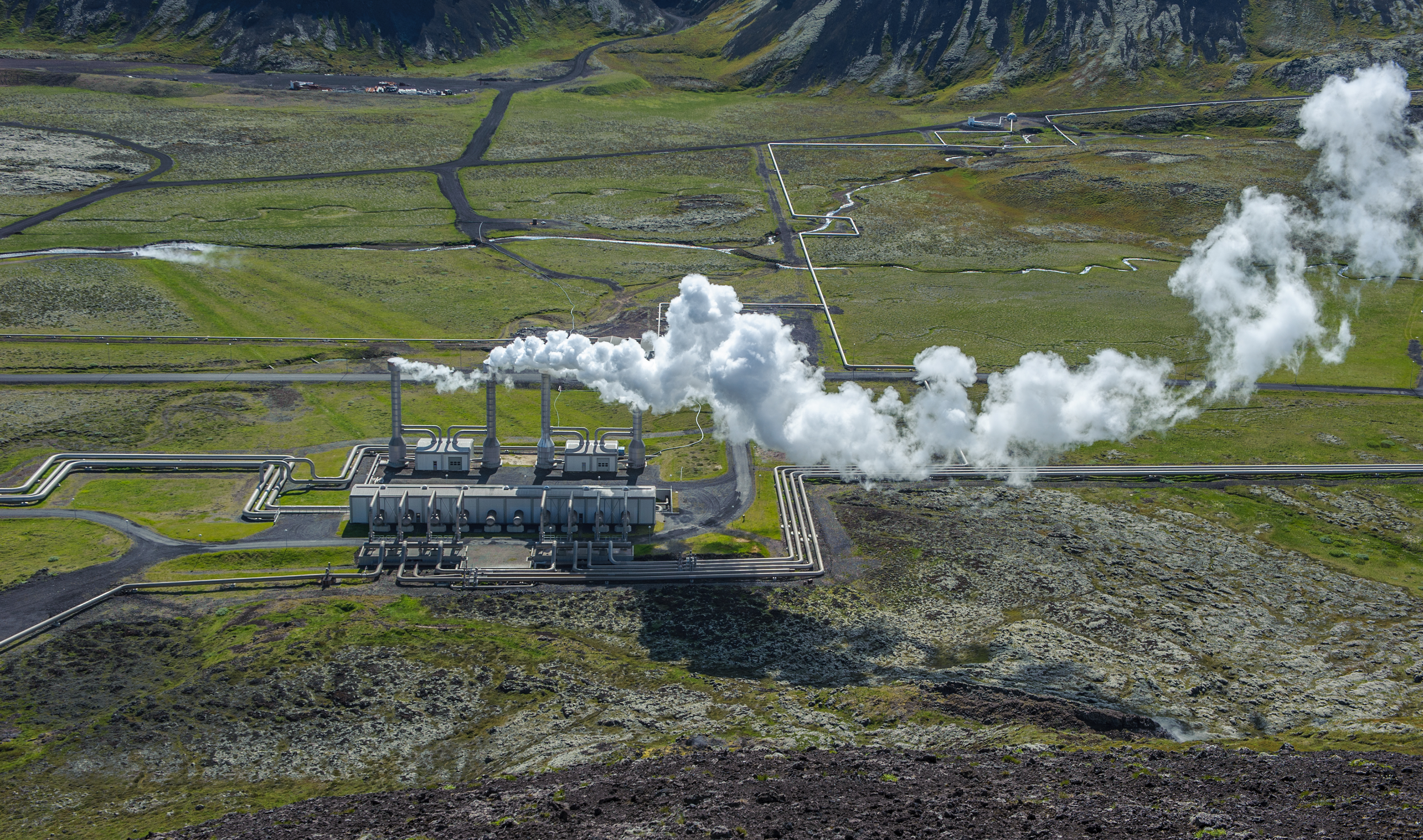 Geothermal energy draws on water or steam extracted from the Earth's sub-surface. This thermal energy is then used directly as heat or to generate electricity.

Water turns to steam as it approaches the surface, and the steam spins turbines that produce electricity.

Iceland's geothermal power facilities generate around a quarter of the country's total electricity production and accounts for 66% of its primary energy use. Nine out of ten of Iceland's households use geothermal energy for heating.

Care must be taken not to remove thermal energy faster than it replenishes. If the plant removes too much of the heated water, the remaining is too cool to be useful.

Including biomass as a renewable energy source often provokes debate.

Examples of biofuels, derived from biomass, include ethanol and biodiesel. When burned, biofuels release carbon dioxide into the atmosphere, just like fossil fuels.

For some, biomass is renewable if the material comes from a sustainable source, where new plants replace those used for fuel.

Others argue that biofuels are renewable energy because the CO2 they create came from the atmosphere recently and is carbon that already exists in the atmosphere. Fossil fuels are stored carbon and put new CO2 into the atmosphere when burned, adding to the current CO2 levels.

This article was written by Angela Scott-Briggs from TechBullion and was legally licensed through the Industry Dive publisher network. Please direct all licensing questions to [email protected].