New battery storage technologies have made home solar more efficient, and are also helping energy providers address the intermittent power issues of solar energy. This article by 3BL explains the dilemma. For more information about  renewable energy and battery storage options for your home check out Panasonic's Green Living blog.

Intermittency. It's the Achilles heel of renewable energy, and though it might sound fancy and complicated, it's really a simple concept. Because the sun doesn't always shine and the wind doesn't always blow, these forms of electricity generation do not deliver a constant flow of energy. They are intermittent, and so we cannot rely upon them for the steady "base load" demand for electricity that exists in each region of our country.

Intermittency - More of a "Tomorrow" Problem than a "Today" One

The obvious question is, "How?" I'll spend some time looking at a couple of answers to that question, but I want to start first by saying that intermittency is not really a problem - at least not yet. As of now, wind and solar only make up a small percentage of electricity generation in the country. We call this their "grid penetration," and in 2020, wind and solar had national penetrations of 8.4% and 2.3% respectively. 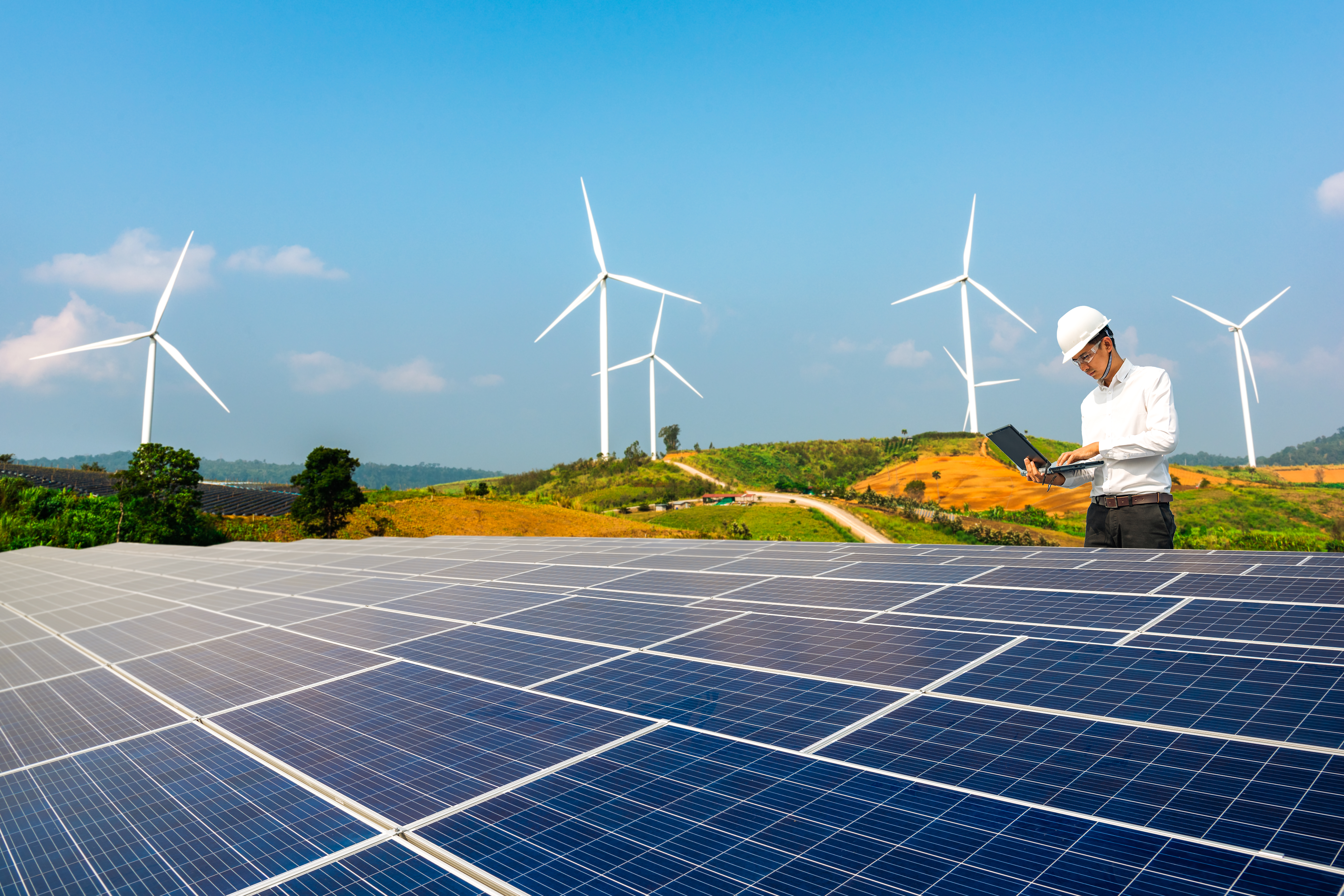 At those percentages, the intermittency of renewables gets smoothed out. It's kind of like if you substitute honey for sugar when making a batch of cookies. If you only replaced 10% of the sugar with honey, you might not notice a change in the flavor. As you replace more sugar with honey though, you'll eventually get to a point where your tastebuds notice the difference.

In that respect, intermittency is an impediment to the scalability of renewable forms of electricity generation. We need to solve it in order to have a grid that can accommodate higher and higher percentages of renewables and their more variable form of power. Fortunately, we have a few arrows in our quiver for this particular challenge.

The Various Ways We Can Increase Grid Flexibility

The folks at Resources for the Future have a handy explainer article on renewables and how they integrate with the grid. The whole thing is worth a read, but I want to lift up in particular the five bullet points they list at the end. They represent a list of ways that we can increase grid flexibility, which is another way of saying that we can accommodate the intermittency of renewable forms of electricity.

Another example is to combine different sources of renewable energy. Blending sources smoothes out variability, just as diversifying types of investment classes smoothes out the volatility in financial portfolios. Sure, the sun may not always shine and the wind may not always blow, but by having both types balanced on the grid, you're more likely to have at least some electrons produced at all times.

In my opinion though, the big one is the first bullet point they mention - energy storage. Or to use another word - batteries.

Why Lithium Ion Batteries Are King of the Hill

In recent years, we've seen lithium ion batteries burst onto the technology scene in earnest. They power most of our computers, our phones, our electric vehicles, and even some of our homes. Why, exactly, have they become such a prevalent form of battery?

That's actually a big question warranting its own blog post, but for now, I'll sum it up this way - they work well, and they've successfully come down the cost curve. To that former part, take a look at this information provided by the University of Washington's Clean Energy Institute.

For all of their dominance though, lithium ion batteries still are not being used broadly to store electricity for the grid. The reason is because, as good and cheap as they've become, they aren't good enough or cheap enough yet to be attractive for grid storage. That might change going forward - they could continue to fall down the cost curve and get us there. But are they the Obi-Wan Kenobi of grid storage? Are they our only hope?

Other Battery Types That are in the Game, and Which Might Just Win It

No, they aren't. I'm going to be keeping my eye on an entirely different type of battery that could be suitable for grid storage, and it's called a flow battery. With this type of battery, two different solutions (usually liquids) are pumped through the system, with the solutions separated by a thin membrane. Ions are exchanged across this membrane, which means electricity flows, but the two solutions do not mix. They are rechargeable, but they can also function like a fuel cell in that the solutions can be removed when their energy is spent and replaced with new ones.

Another to watch is Form Energy. Earlier this year, the Massachusetts-based company announced a pilot with Georgia Power to deploy their iron-air battery technology. They describe their battery process as "reversible rusting." The battery discharges by introducing oxygen to iron metal, causing it to rust. Then the application of an electric current reverses that process, expelling oxygen and effectively recharging the batteries. They are boasting 100 hours of energy storage with these batteries, which could be revolutionary in the grid-storage game.

None of these technologies are a surefire bet. Ultimately, they are competing not with each other so much as they are competing with natural gas, and until there is a price on carbon, the deck will be stacked against them. All the same, they offer multiple reasons for hope that we can, some day, fully solve the intermittency challenge of wind and solar.

This article was written by Anderson from 3BL Blogs and was legally licensed through the Industry Dive Content Marketplace. Please direct all licensing questions to [email protected].