The awesome benefits of solar keep coming. This interestingly fun read by Good News Network looks at a study that found more green advantages of solar panels that help the environment. Wondering if solar is on your radar this year? Check out Panasonic's Total Home Solar Energy Solutions and see the bonuses of making the solar switch.

A new study has found that shade provided by solar panels increased the abundance of flowers under the panels and delayed the timing of their bloom, both findings that could aid the agricultural community.

The study, believed to be the first that looked at the impact of solar panels on flowering plants and insects, has important implications for solar developers who manage the land under solar panels, as well as agriculture and pollinator health advocates who are seeking land for pollinator habitat restoration.

The findings from Oregon State University are being released at a time when some states, such as Minnesota, North Carolina, Maryland, Vermont and Virginia, have developed statewide guidelines and incentives to promote pollinator-focused solar installations.

“The understudy of solar panels is typically managed to limit the growth of plants,” said Maggie Graham, a faculty research assistant at Oregon State and lead author of the paper.

“My thought coming into this research was can we flip that? Why not plant under solar arrays with something beneficial to the surrounding ecosystem, like flowers that attract pollinators? Would insects even use it? This study demonstrates that the answer is yes.” 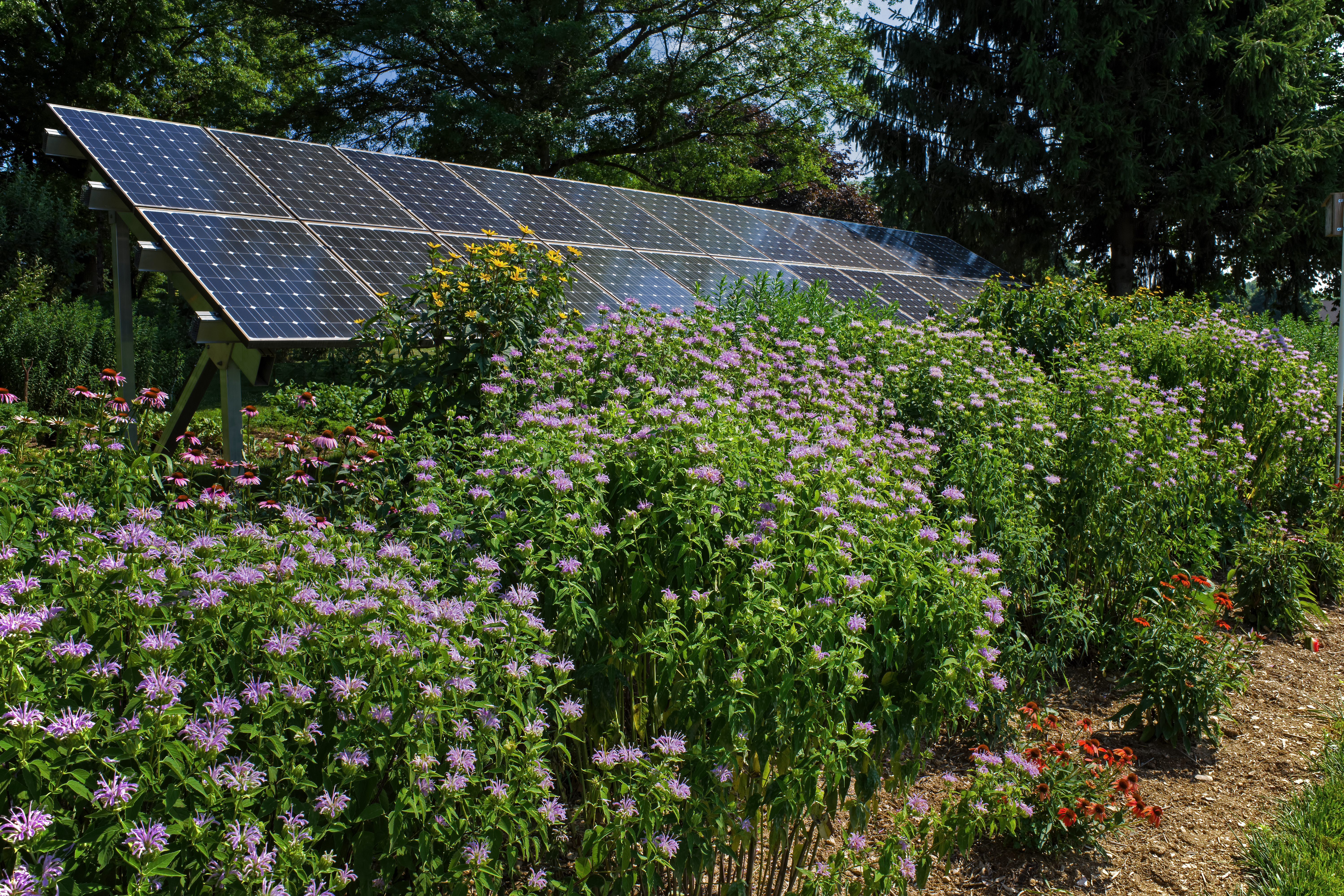 Pollinating insects aid in the reproduction of 75% of flowering plant species and 35% of crop species globally. In the United States, pollination services to agriculture are valued at $14 billion annually.

Habitat for pollinating insects is declining globally as a result of urbanization, agricultural intensification and land development. Changes in global climate can also cause shifts in habitat availability.

Meanwhile, solar photovoltaic installation in the U.S. has increased by an average of 48% per year over the past decade, and current capacity is expected to double again over the next five years, the researchers say.

The increased demand for solar panels leads to an interest in the field of agrivoltaics, where solar energy production is combined with agricultural production, such as planting agricultural crops or grazing animals, on the same land. 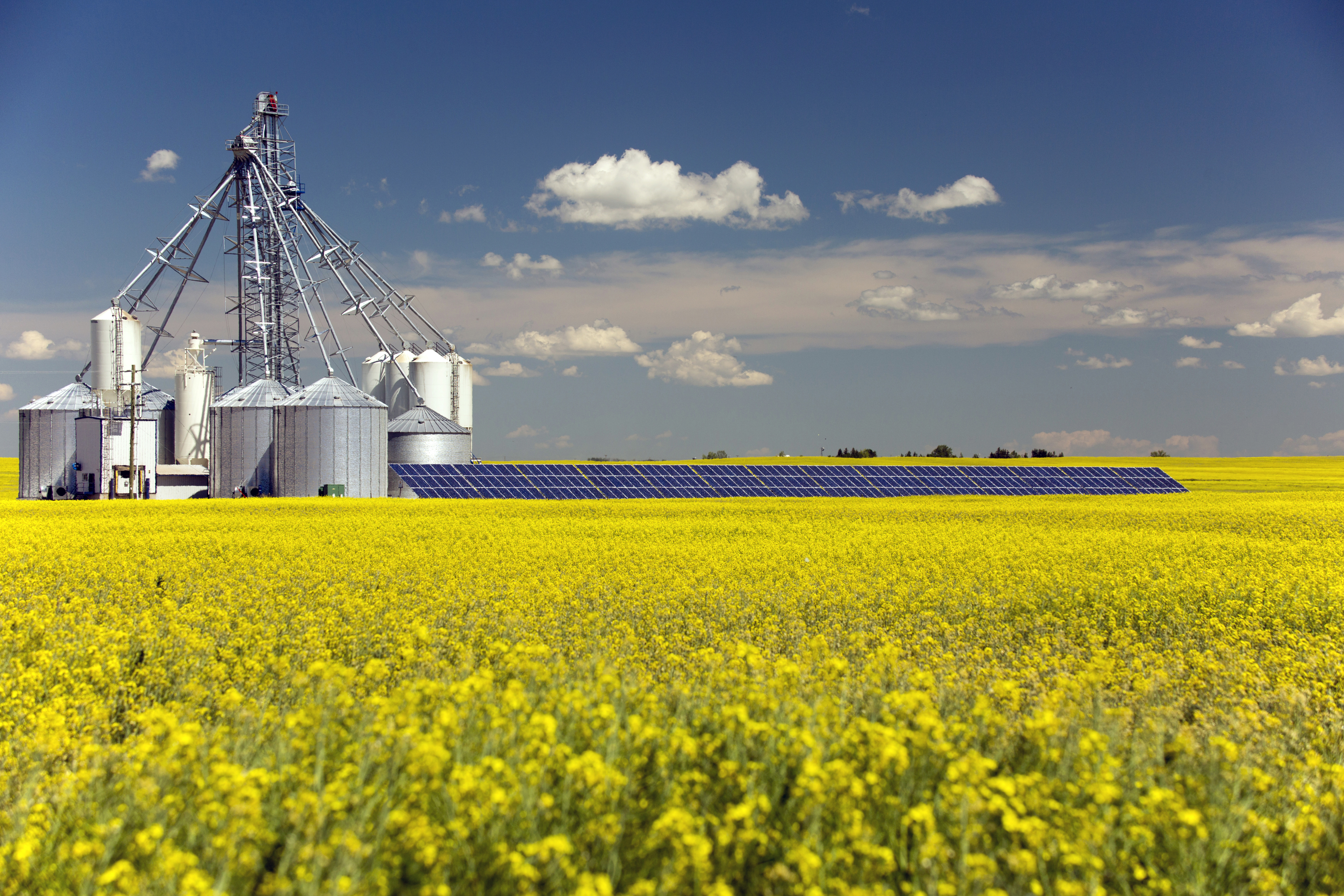 Graham works with Chad Higgins, an associate professor in Oregon State’s College of Agricultural Sciences. Higgins recently published a paper that found co-developing land for both solar photovoltaic power and agriculture could provide 20% of total electricity generation in the United States with an investment of less than 1% of the annual U.S. budget.

Furthermore, wide-scale installation of agrivoltaic systems could lead to an annual reduction of 330,000 tons of carbon dioxide emissions in the U.S – the equivalent of 75,000 cars off the road per year – and the creation of more than 100,000 jobs in rural communities, while minimally impacting crop yield, Higgins found.

The new study led by Graham, and published in the journal Scientific Reports, was conducted at the 45-acre Eagle Point Solar Plant in Jackson County, Oregon.

The research team collected data on pollinator and plant populations during seven, two-day sampling events from June through September 2019. Those corresponded with post-peak bloom times for flowers. Extending bloom times is important for pollinating insects because it provides them food later in the season, the researchers said.

The researchers collected data from 48 species of plants and 65 different insect species. 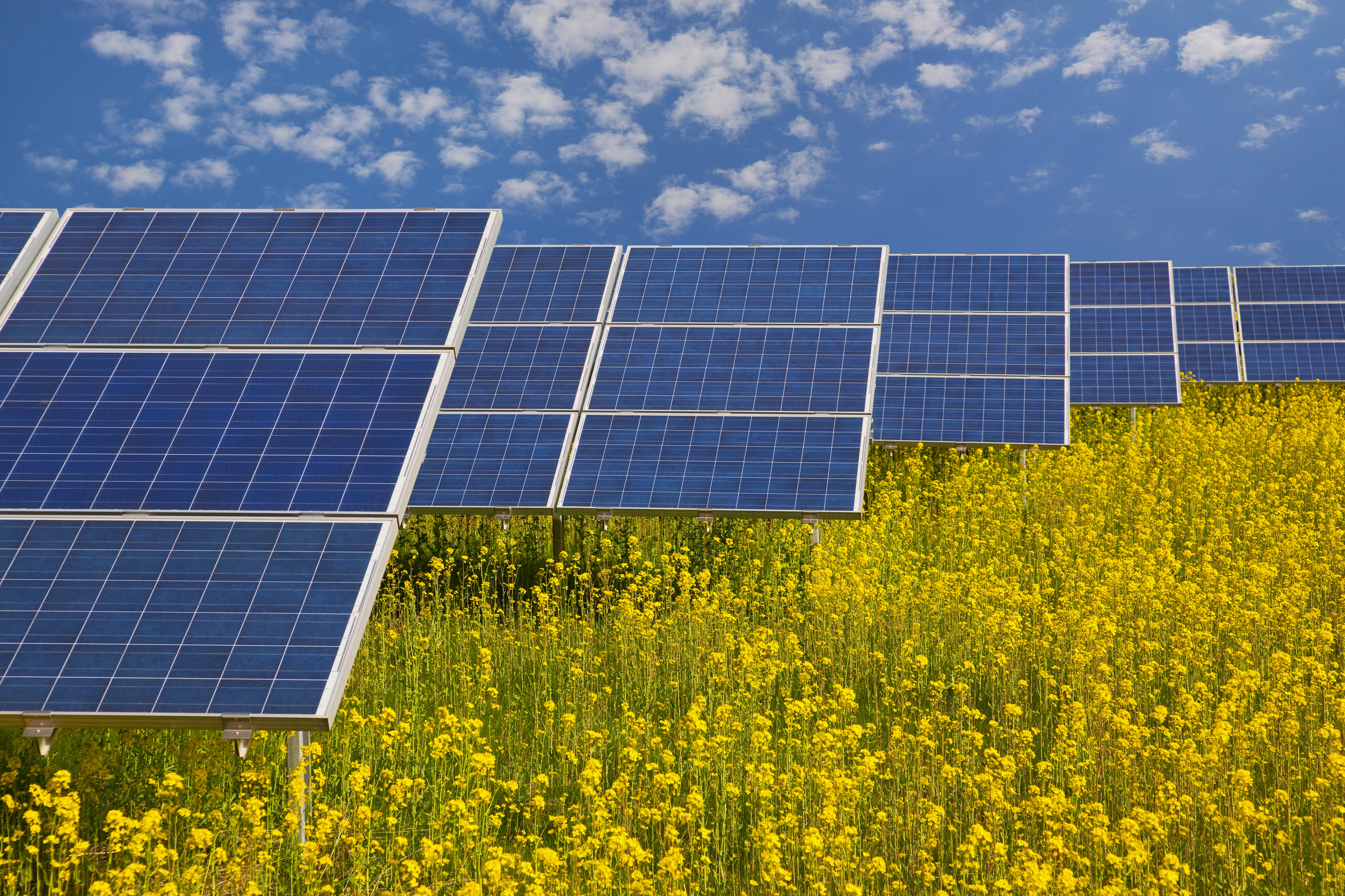 The amount of flower species and the diversity of flowers didn’t differ among the different plots.

An average of 3% more pollinating insects in partial shade and full sun plots than in full shade plots.

The amount of insect species and the diversity of insects was higher in partial shade and full sun than in full shade.

The number of insects per flower didn’t differ among the different plots.

“Unused or underutilized lands below solar panels represent an opportunity to augment the expected decline of pollinator habitat,” Graham said. “Near agricultural lands, this also has the potential to benefit the surrounding agricultural community and presents an avenue for future study.”