With two-thirds of the Big Apple’s environment-harming pollution coming from buildings, the city council passed new rules on emissions limits that require non-compliant buildings to upgrade and retrofit. This article by Popular Science clears the air about what ails NYC’s carbon footprint and how green building initiatives are fixing it.

Cow burps, tailpipes, the energy used to charge your phone – the list of sources for greenhouse gas emissions is long. But one overlooked source are the warming pollutants subtly seeping out of your home, apartment, office building, or the local hospital.

That’s why the New York City Council passed a new emissions cap that will limit the amount of carbon dioxide per square foot that large building, old and new, can legally emit. Violators will be billed for excess discharge – a carbon tax applied vertically, instead of along the open road. The move is part of a larger goal to reduce the city’s emissions by 40 percent in the next decade and officially ushers in what Costa Constantinides, chair of the council’s Environmental Protection Committee, called “the year of the retrofit.” 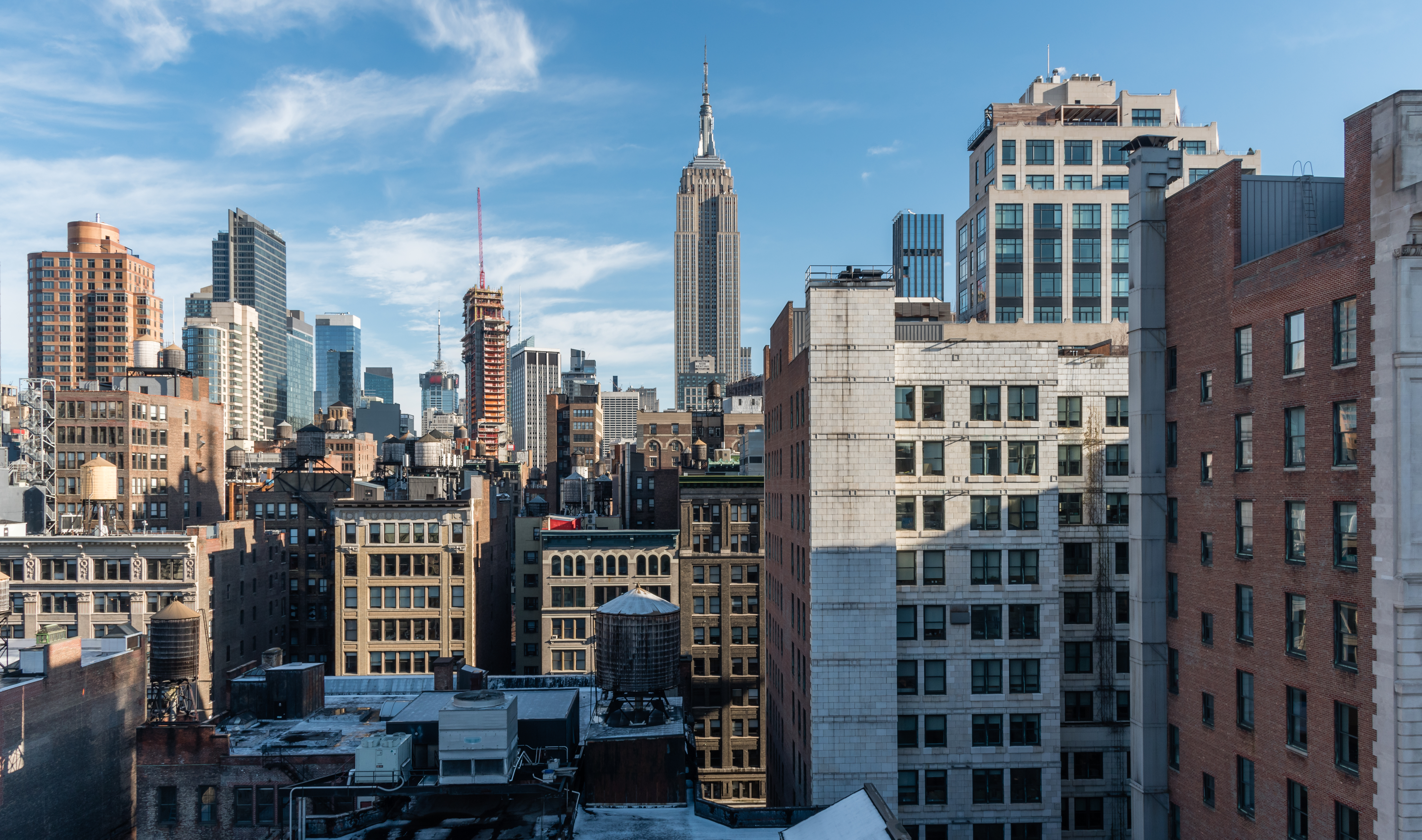 A trove of data supports the decision to target buildings as a way to reduce emissions. In 2017, the city government conducted an inventory to determine the sources of its greenhouse gas emissions. The analysis found that 67 percent of New York City’s climate-changing pollution comes from its building stock. (The other 30 percent comes from the transportation sector.)

There are several reasons for these sky-high carbon footprints. Lights, HVAC systems, and electricity all suck up a lot of energy. And the origin of all the juice determines its warming potential. Nuclear, solar, hydroelectric, and wind energy are carbon neutral, but natural gas, petroleum, and coal are major sources of carbon – and still major sources of New York City’s energy. Old buildings only add to the problem. That’s mainly because they leak. Just like an open refrigerator door, they let cold air out in the summer and hot air out in the winter, requiring more and more energy to keep indoor temperatures stable. 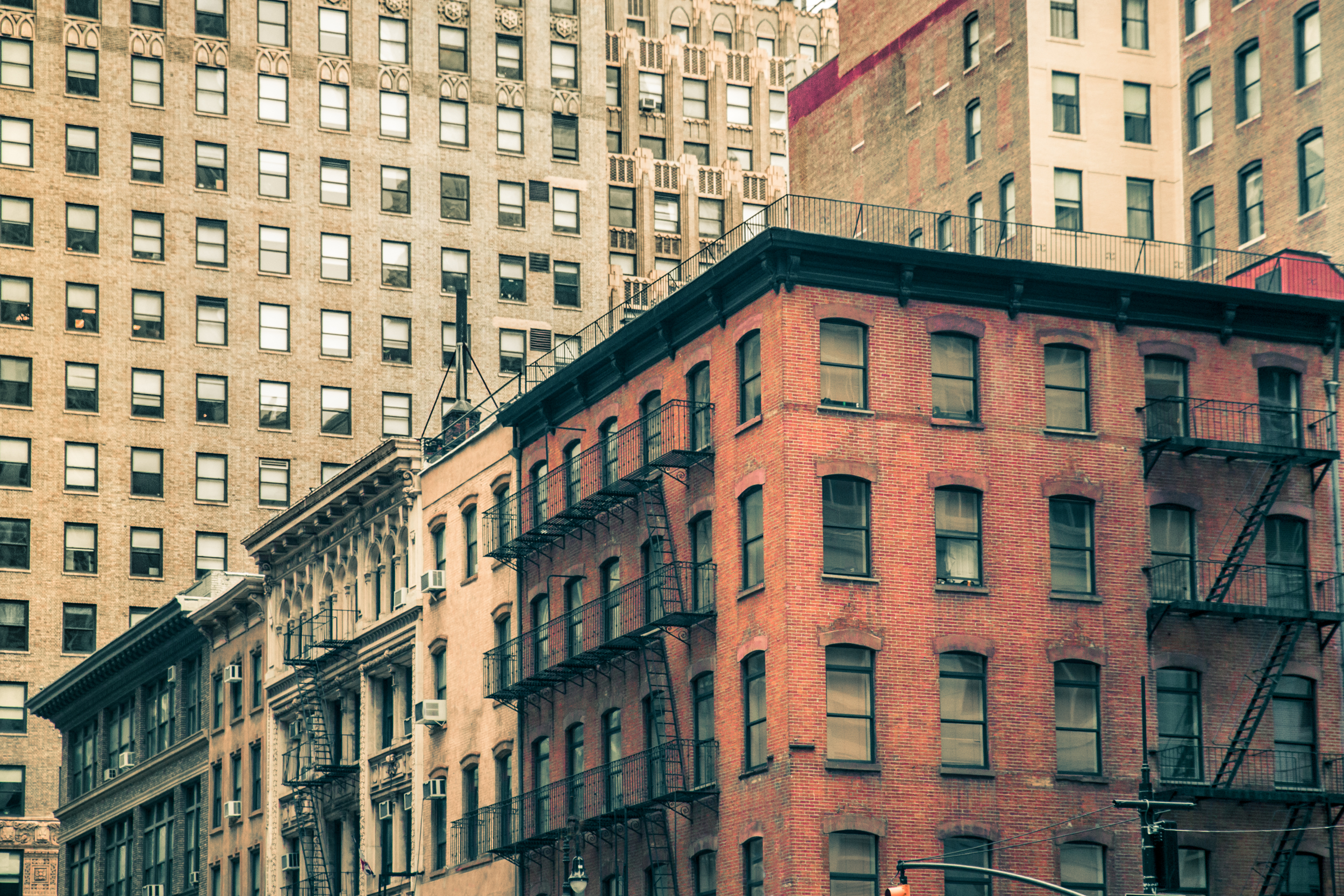 While the Big Apple may be a fairly singular city, these stats reflect national trends. According to the U.S. Green Building Council, 39 percent of the nation’s emissions come from commercial and residential structures. Reducing these sources of greenhouse gases is an also a central feature of the Green New Deal, a resolution introduced by Congressional representatives to combat climate change.

The American Institute of Architects anticipates “mass retrofitting” in New York City as owners of old buildings work to reduce their emissions – as inexpensively as possible.

But what does emissions-conscious retrofitting on an old building actually look like?

Every retrofit starts with assessing an individual building’s energy needs and expenditures, and modeling potential improvement strategies, says Sara Bayer, the director of sustainability for Magnusson Architecture and Planning.

For many structures, small-scale changes can have a big impact. These common adjustments include:

The original viewfinder accounts for 25 to 30 percent of residential temperature control emissions, according to the U.S. Department of Energy. Caulking over gaps or adding weatherstrips can stop leaks in existing windows. Awnings, solar window film, and appropriate blinds or curtains don’t just mitigate light, they also help manage heat. If you need to replace your window outright, the DOE recommends vinyl, composite, or fiberglass frames and triple-paned glass. Low emissivity, or “low-e,” coatings can also help. By covering windows in a near-invisible metal or metallic oxide glaze, manufacturers can dramatically improve a window’s resistance to heat loss. 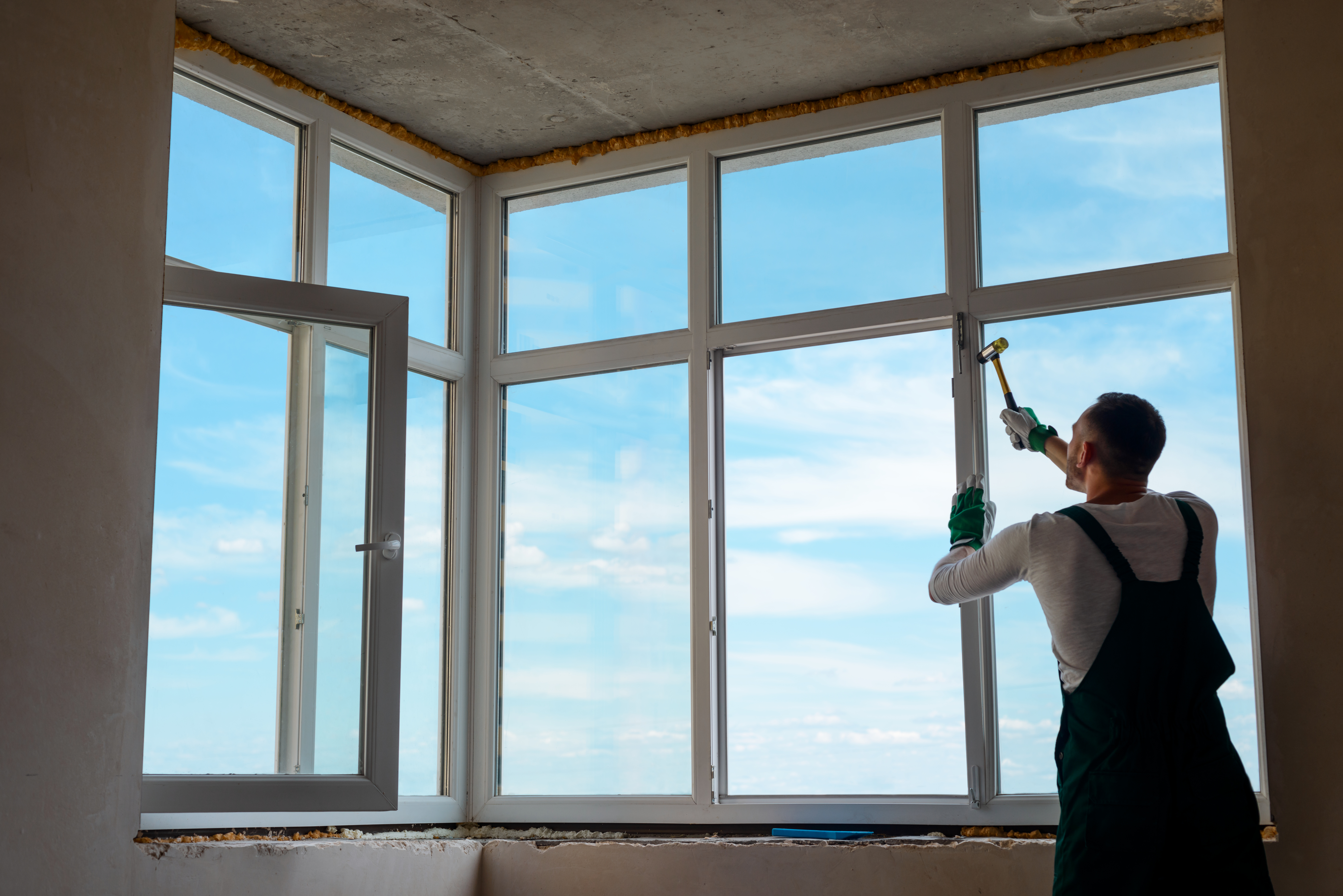 In many older New York City buildings, oil-fired heating systems are still common – and carbon-intensive. The city has been hard at work to convert as many facilities as possible to natural gas, which is still a source of greenhouse gas emissions, but generates less carbon for the same amount of energy. Installing solar panels, or tapping into geothermal energy can also shrink a carbon footprint.

Air-source heat pump systems are increasingly popular, according to Bayer. Experts say they're especially useful in consistently warmer climates. By pulling warm air out of the environment, and compressing it like a heat-seeking refrigerator, the systems efficiently boil water – and typically lower the temperature of the air around them. However, comprehensive heat pump systems can be designed to feed on indoor air in the summer and outdoor air in the winter, thereby balancing building temperatures in all seasons.

Many American architects and engineers are integrating heat recovery systems into their designs. As stale air is cycled out of a building, the machine traps the heat, and recycles it, channeling the warmth into the fresh air. This makes a house or office more energy-efficient, while also filtering indoor air, which is often low-quality and can have negative health consequences for people inside. Just as a heat pump system is more popular and effective in summer, heat recovery ventilation may be preferred in colder climes.

Just as air can escape through window perforations, the roof of a house is often full of punctures – and opportunities for energy to escape. The remedy is fairly simple: patch and seal holes in the attic. Insulation in the form of foam, wood, or sheet metal often do the trick. Leaks are common near recessed lights, which typically have to be removed; plumbing vents; wiring holes; behind short sloped walls; and where two different elements of the roof meet. 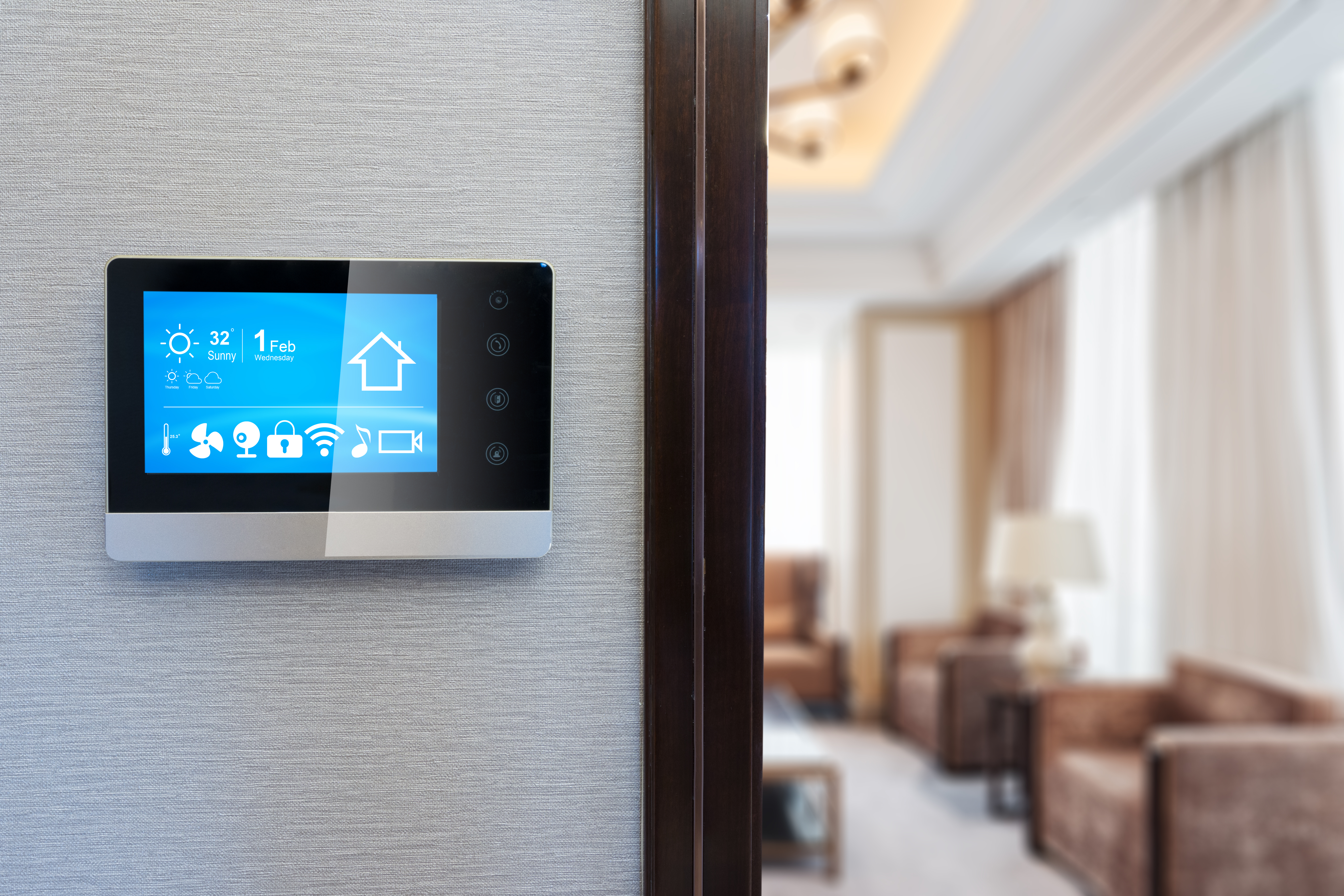 Energy Star appliances and LED batteries are fairly widespread, and play an important part in reducing residential emissions. But smart home technology extends way beyond an efficient dryer. Smart thermostats, for example, are programmable to only dispense heating or cooling when the temperature passes a certain threshold or when rooms actually have people in them. Similarly, occupancy sensors can also take a room dark when people aren’t in the room, and trigger the lights once they reenter. And home energy sensors allow owners and occupants to get a better sense of their resource consumption – and personalized insights into where they can cut back.

In some cases, older buildings really do require a near-total overhaul. “Sometimes you wish you could lift up the building and place your thermal layer beneath it,” Bayer says. This often involves re-cladding the exterior of a building to improve the energy-resistance of the structure’s entire shell. While this is intensive, both in terms of time and money, it’s still often preferable to new construction, because it requires less mining, logging, or other consumption – all a source of greenhouse gas emissions in their own right. “Even retrofitting, we should definitely be really conscious of our materials,” Bayer says.

As rules like New York City’s become more common, prices are likely to drop, and new innovations in green building and retrofitting are sure to arise. While Bayer understands why some New Yorkers are anxious about the change this new law requires of them, she’s already optimistic: “I think we’re ready for this,” she says. “I think we have the technology for this. I’m excited to see what’s been known in building science for 30, 40, 50 years” actually implemented.

This article was written by Eleanor Cummins from Popular Science and was legally licensed through the NewsCred publisher network. Please direct all licensing questions to legal@newscred.com.

From the water in your bathroom to the electricity that powers your kitchen, this handy infographic shows you a home's greediest energy hogs.
Learn more
Homeowner Insights

As solar power spreads across the US, residents in cold weather states like Illinois are starting to realize they can benefit from solar too.
Learn more
Back to Trends