A new vision for farming: Chickens, sheep, and ... solar panels

A new vision for farming: Chickens, sheep, and ... solar panels

Can farming and solar energy production coexist and flourish? This enlightening article explains how land use can be maximized for both animal farms and solar farms with a new trend known as agrivoltaics.

Situating photovoltaic panels and food production together may ease land-use tensions between solar and agriculture, say some experts

When Jackie Augustine opens a chicken coop door one brisk spring morning in upstate New York, the hens bolt out like windup toys. Still, as their faint barnyard scent testifies, they aren’t battery-powered but very much alive.

These are “solar chickens.” At this local community egg cooperative, Geneva Peeps, the birds live with solar power all around them. Their hen house is built under photovoltaic panels, and even outside, they’ll spend time underneath them, protected from sun, rain, and hawks.

Geneva Peeps is one of the many experiments in agrivoltaics, or co-locating solar panels and food production, being undertaken around the United States. The practice had already been happening in countries like the United Kingdom and Uruguay. Over the past few years, more pilot programs have been set up in states like New York. And with photovoltaic capacity projected to more than double (again) over the next five years, some developers are exploring whether agrivoltaics may ease concerns about farmland being given over to solar production.

“You’re seeing farmers sell off land and transition it to solar,” says Greg Barron-Gafford, an associate professor at the University of Arizona who studies the impacts of large-scale land-use change. “Our hope is this could allow us to keep more food production in areas that need energy production.”

Agrivoltaics doesn’t just include chickens. Other livestock also can roam around solar panels, and some researchers are experimenting with planting crops, too.

Animals that graze around solar fields offer several benefits, proponents of agrivoltaics say. Not only does their manure enrich the soil, their munching keeps plants from growing too tall and shading the panels. Another win: They lower vegetation maintenance costs, reducing the need for lawn mowers or landscapers.

Pilot agrivoltaic programs have tried many grazers – with varying success. The chickens at Geneva Peeps, for example, aren’t grazing powerhouses. Founder Jeff Henderson admits that he still has to fire up the lawn mower sometimes.

When solar panels are elevated for them to roam beneath, cows do better, as shown in a University of Massachusetts pilot. But the higher materials cost of raising panels has kept “solar cattle” from taking hold yet. Goats have been tried, too, but they sometimes jump on panels and chew wires.

The winner among livestock so far has been calm, eat-anything-and-everything sheep. In fact, most of the members of the American Solar Grazing Association, founded in 2017, are shepherds. (Honeybees can be part of the mix with sheep, too.)

Researchers, like Dr. Barron-Gafford at the University of Arizona, are also studying how well crops grow under panels.

Dr. Barron-Gafford noticed that in the desert, saguaro cactuses spend their first 10 to 15 years growing in the shade of mesquite trees. Surmising that shade from solar panels could benefit crops, too, he has studied how agrivoltaic setups affected food yields and water usage in dryland areas. Among his findings: Chiltepin pepper plants yielded three times as much fruit, and tomatoes twice as much, under photovoltaic panels. They required less irrigation, and temperatures under panels where crops were growing were lower, too.

“You’re seeing more and more solar installations out in rural areas,” Dr. Barron-Gafford says. “We’re seeing here that putting solar overhead can provide a consistent energy source, can reduce the water you need to use, and that food is giving back to your solar by helping keep it cool [through transpiration].” 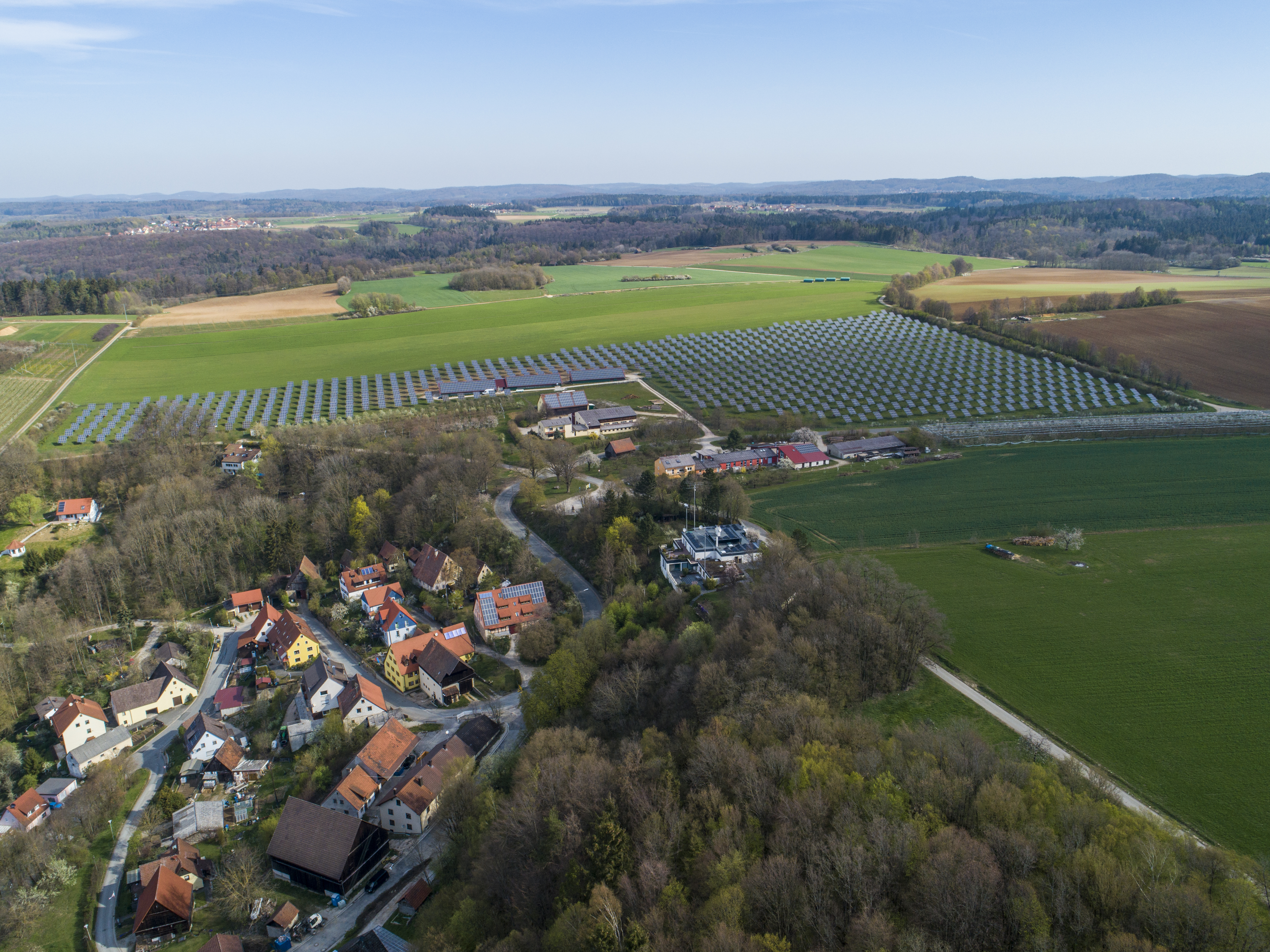 Still, tensions remain between solar and agriculture. Farmers who lease the land they grow crops on often worry about their landlords renting it out to someone else, including solar farms. And rural residents may want to see their area hold onto its farming heritage. A California developer, Cypress Creek Renewables, riled up rural New York in 2016 when it mass-mailed farmers seeking leases on 20-plus acre fields.

Lewis Fox, co-founder of the American Solar Grazing Association, has found that involving animals helps solar skeptics lower their defenses. He’ll bring lambs to a project open house and find locals open up a bit more. Often, he says, they find it reassuring that local land can stay in agriculture, even if solar is added.

“Solar in general is unfamiliar to people, and if you hear there’s a large development coming to your town, people naturally get defensive, a little suspicious,” Mr. Fox says. “There’s support, but also a lot of concern. Once people come out to a site and see it being grazed, it kind of clicks. A well-managed grazing program on a site is very productive. It’s not just throwing a few sheep out and letting them go wherever for a season. We can raise a lot of meat on an acre of raised panels. It’s a serious form of agriculture.”

Still, Mr. Fox has seen friends in the dairy industry lose leased land. Agrivoltaics can’t ease all those tensions, he concedes. “I don’t think setting up grazing contracts is going to paper over issues of people losing leased land,” he says. “It’s definitely important that developers are good actors working in ethical ways.”

Another key to being received better, some solar developers say, could be not to “co-locate” solar and agriculture on the exact same parcels of land. “Instead of 100 acres of prime farmland, we should work with four farmers and use 25 acres of marginal farmland each,” suggests Bill Jordan, founder and CEO of Jordan Energy & Food Enterprises LLC, an Albany-based company that specializes in on-farm photovoltaic placement.

Mr. Jordan argues that solar can actually help save farms more easily if panels are situated on the property’s wetter, hillier farmland, or on roofs. “There’s a lot of solar going in – it could push farmers out of farming, or diversify the family farm,” he says. 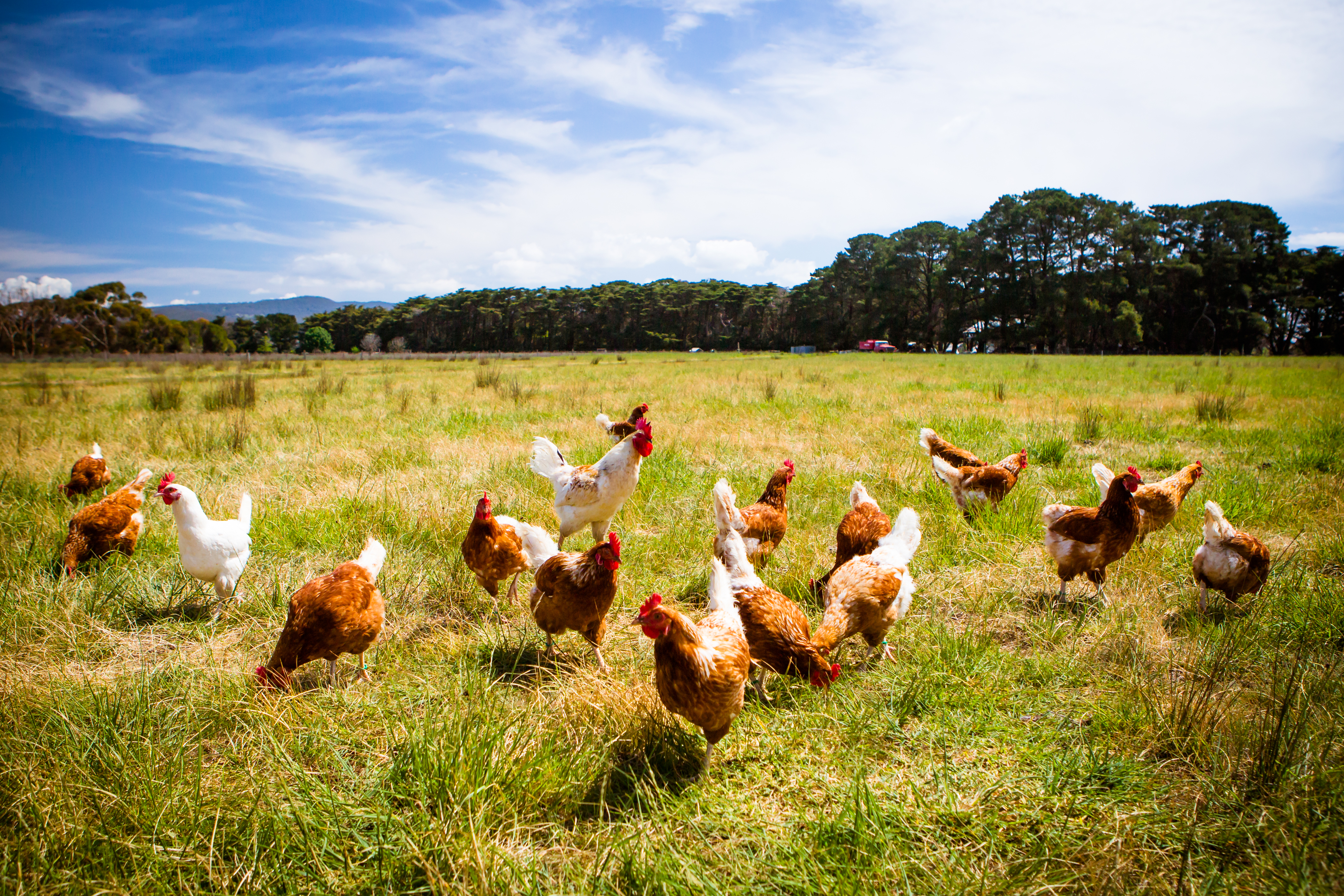 Mr. Henderson didn’t know about agrivoltaics when he founded Geneva Peeps in 2015. His goal was simply to help local families raise chickens. Backyard coops aren’t allowed in the Finger Lakes town of Geneva, New York, but he found industrial-zoned land where they’d be permitted.

Forty families now share weekly chicken-care shifts of 10 to 15 minutes. Ms. Augustine pedals over for her shift, and with her bike helmet still on, checks the hens’ food and water. In return, she and fellow members get a dozen or more eggs at a time.

The year after launching, Mr. Henderson installed 44 kilowatts’ worth of solar panels, both powering the operation and producing excess for the grid through net metering. There wasn’t enough room on the chicken coops to install rooftop panels, but he did have more than an acre of land – more than 180 egg-layers really needed. Mr. Henderson wasn’t aware of any similar farms combining solar and chickens, but he figured the project could be a local sustainability model.

“We knew they could all coexist together because there’s no reason you can’t have solar panels and chickens,” Mr. Henderson says. “One of the hopes is this will give people an idea of a way you could do it.”

This story was published as part of Covering Climate Now, a global journalism collaboration strengthening coverage of the climate story. It was produced with support from an Energy Foundation grant to cover the environment.

This article was written by Lynn Freehill-Maye from Christian Science Monitor and was legally licensed through the NewsCred publisher network. Please direct all licensing questions to [email protected].