As with any new technology, power increases and prices drop as consumers adopt it in greater numbers. Home battery storage is now experiencing this same supply/demand phenomenon. This article by Forbes dives into the factors driving energy storage prices lower and how the electric utility industry is changing in response.

Lithium-ion battery prices have seen a dramatic decline in manufacturing costs over the past decade. The below chart from a Bloomberg New Energy Finance report released today shows the steady march downward in prices. 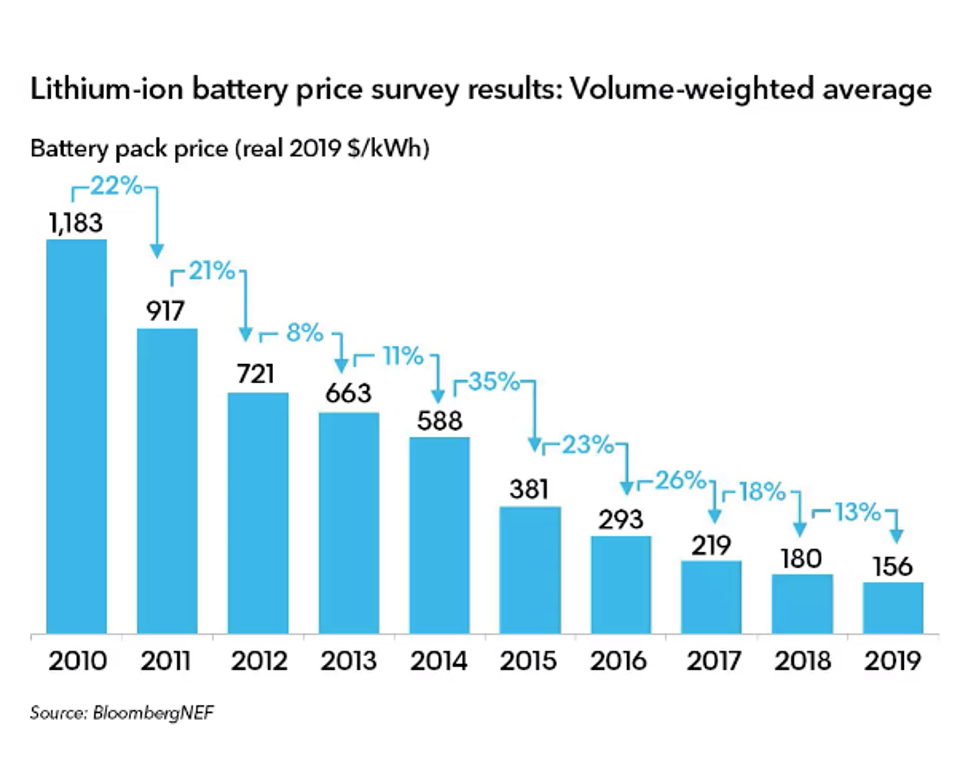 In fact, the chart may be understating things a bit. BNEF forecasts that the industry will see $100/kWh by 2023. However, one industry insider told me recently that he’s already seeing costs near that point. If so, that price level may prove to be an inflection point for several major industries.

The obvious first such industry is transportation. In a McKinsey & Co. report from March of this year, the researchers suggested that a $100/kWh cost for battery packs (along with some other cost-reduction areas) would lead to electric vehicle manufacturing cost parity versus comparable internal combustion engine (ICE) vehicles. McKinsey & Co. projected that this would happen in a 2025 timeframe, but battery cost reductions may be accelerating that greatly.

Incredibly, even while experts are saying sales of ICE vehicles may have permanently peaked last year, not all automotive OEMs are moving quickly toward the EV future. While some like GM and Volvo have said they will migrate their entire vehicle lineup toward EVs, others have been slower to do so. The rapid decline in battery prices, if it leads to faster-than-expected adoption of EVs, could mean that the next decade sees a lot of value creation and destruction in the automotive industry.

But it could also mean the same for the electric utility industry, as cheap energy storage could radically change the value proposition for grid-tied consumers thinking about installing solar and batteries.

When Superstorm Sandy hit the Atlantic coast, many manufacturers and other businessowners faced a stark recognition that power from the grid wasn’t always going to be available to run their operations. Now, in 2019, many businessowners in California are learning the same lesson, with the rolling blackouts by PG&E that left millions without power. 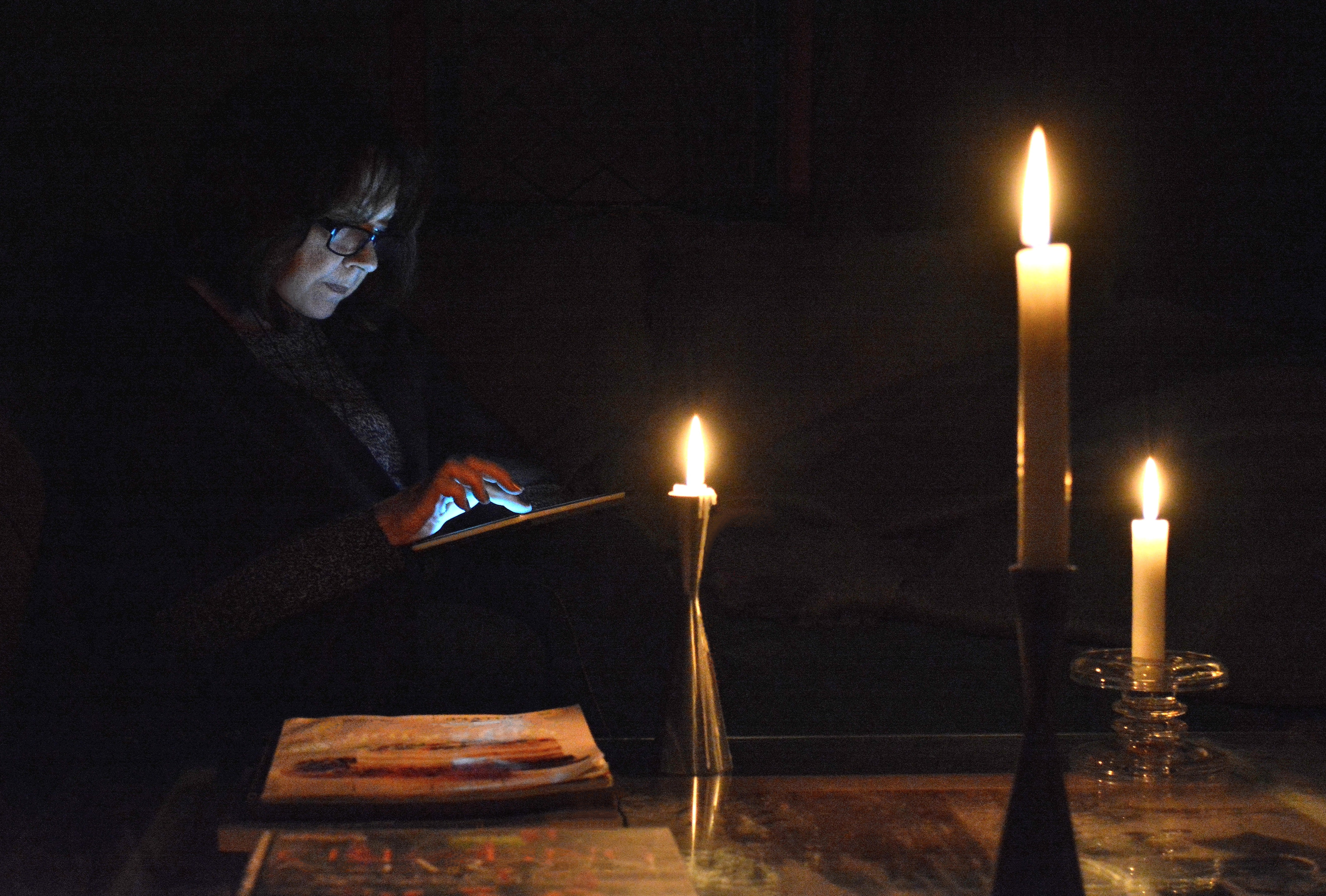 The obvious solution for many would be “microgrids”: Onsite distributed generation (typically solar) matched with sufficient battery capacity to together provide 48 or more hours of resiliency in the case of a grid blackout. But while solar prices continued to fall, prompting a continued high rate of solar installations in the U.S., the high cost of such battery capacity has held back the implementation of microgrids.

How does this impact the electric utility industry? It’s important to remember that utilities generate revenue not only by selling kilowatt-hours, but also by making large customers pay a “demand charge” based upon their single biggest 15-minute spike in power usage in a month. While power generation from distributed solar projects has been on the rise, between continued sales of kilowatt-hours and demand charges, utility revenues have continued to grow. Indeed, imposing demand charges onto residential customers has been seen by the utility industry as one potential way to counter any loss of revenues from kilowatt-hour consumption.

But microgrids with cheap battery storage will completely upset this calculation. It will make it cost-effective for business owners (and even homeowners) to generate and consume their own power onsite without paying the utility for those kilowatt-hours. Plus, for those customers still purchasing power from the utility, the batteries will also be used to reduce those monthly spikes in consumption that create the demand charges. Since demand charges can be upwards of 30% of a business owner’s utility bill, when businesses use batteries to reduce their demand charges, that is also lost revenue to the utility.

So batteries could negatively impact both of the main drivers of electric utility revenue. They will enable customers to effectively become their own utility, with some potentially cutting the cord altogether. This won’t happen overnight. But cheap batteries now make it possible, and the resiliency benefits alone might drive widespread adoption over the next decade. 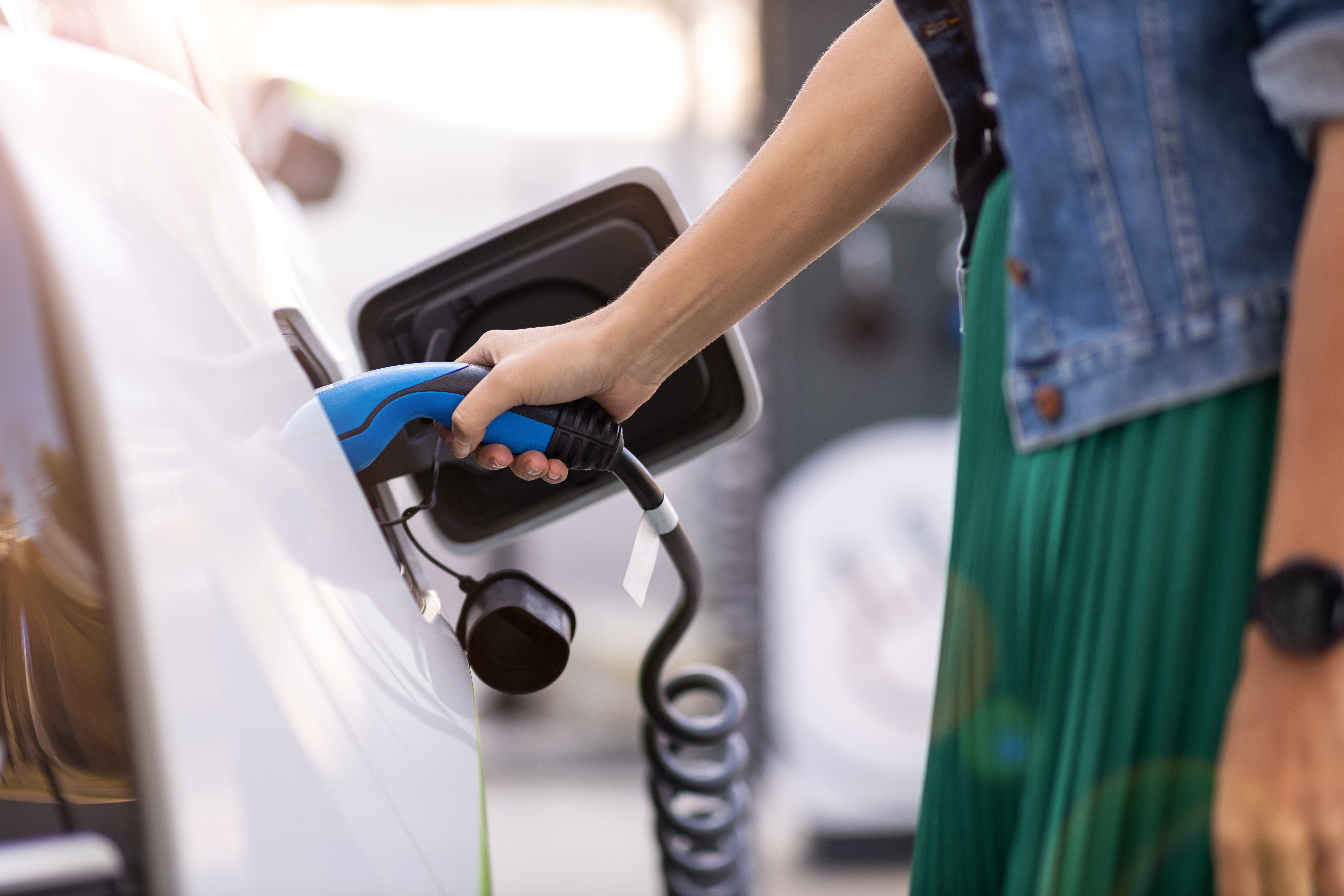 Utilities will have one potential counter-balance to this phenomenon – as much of the transportation industry shifts increasingly over to electric drivetrains, that will add more potential demand for kilowatt-hours (and also more demand charge revenues). Plus, utilities can also buy their way into the microgrid business itself. But some utilities appear to be embracing this future much faster than others. As with the transportation industry, this will mean a period of potentially significant disruption within the utility industry, with winners and losers yet to be determined.

Finally, all of this will clearly impact the global energy industry, which supplies both the transportation and utility industries. EVs don’t consume gasoline, and microgrids typically won’t consume natural gas (a primary power generation source for utilities).

As the transportation sector shifts more to electricity, some oil and gas giants are investing heavily into building new lines of businesses serving the distributed electricity future. They are getting into the microgrid and EV business, in other words. Others prefer to spend their money on TV ads talking about how “green” they are, and doing some showcase research and development, while still remaining entirely focused on traditional oil and gas based strategies for the foreseeable future.

Once again, this dichotomy feels like we are entering a period when there will be potentially significant disruption to a major global industry where participants are choosing very different paths.

These are huge industries – transportation, electric utilities, and their upstream energy providers – that will be impacted by the proliferation of inexpensive batteries. That’s why today’s report by Bloomberg NEF is so noteworthy. As an investor, I’m certainly looking for ways to take advantage of the coming period of “creative destruction”.

This article was written by Rob Day from Forbes and was legally licensed through the NewsCred publisher network. Please direct all licensing questions to [email protected].