Setting up a solar farm in rural Illinois, where open land is plentiful, is a fairly straightforward job. In the densely-populated suburbs, not so much. Read on, as Energy Monitor Worldwide explores how city councils and suburban residents are working together to reach lofty renewable energy goals despite scarce open space.

Solar farms are cropping up on Illinois’ open land, spurred by state requirements and a new state program, but several built-up suburbs are carving out room for solar power as well.

From Evanston to Oak Park to Will County, communities are embracing solar power as a means to help meet renewable energy goals. And in Aurora, the state’s second-largest city, some advocates see solar power as part of their vision to get half of all Aurora’s energy from renewable sources within roughly 10 years. 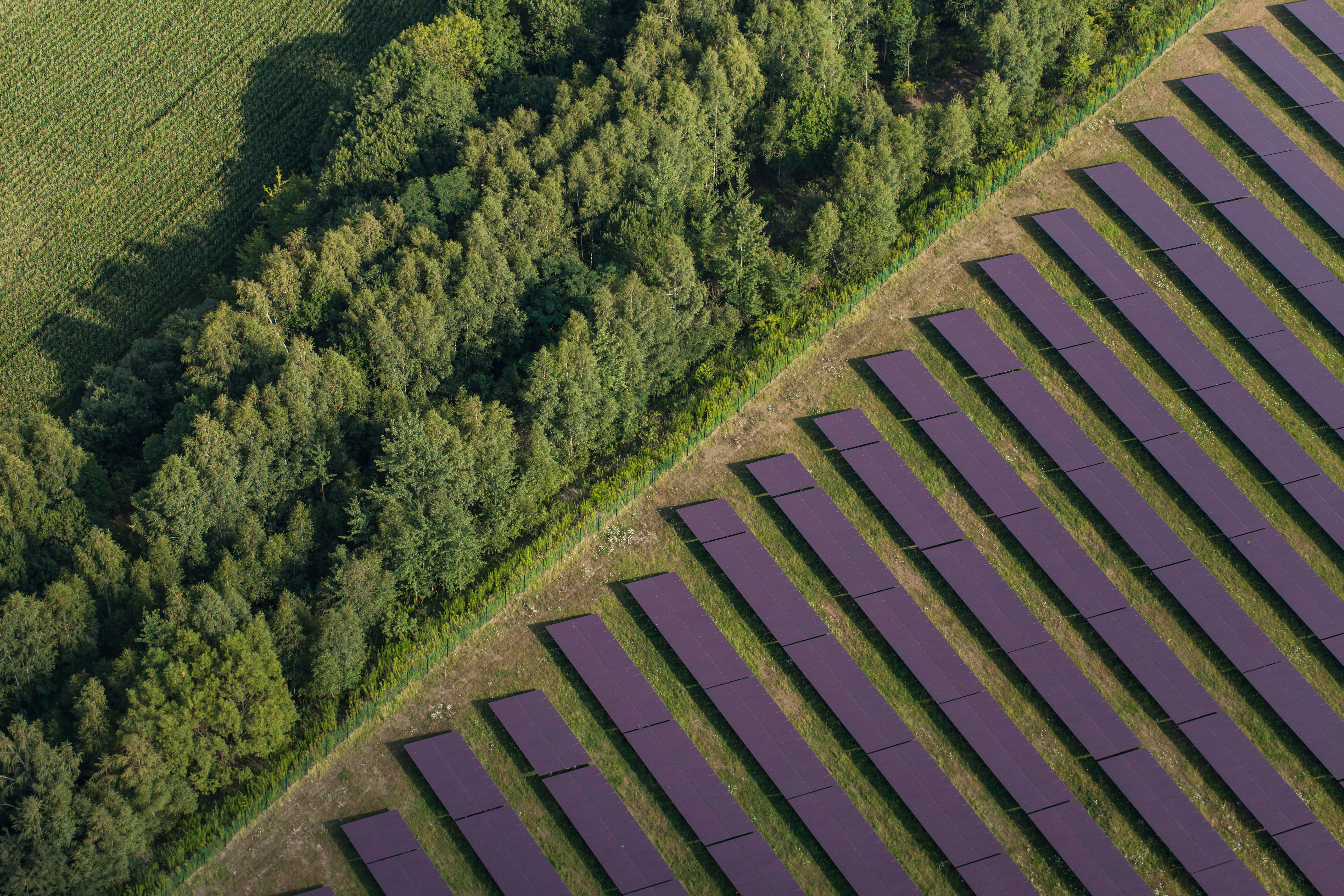 There is little room for large-scale solar farms in some suburbs that have set lofty renewable energy goals, but they are seeking other ways to support solar energy. They have sought to clear paths for small solar projects or arrays on home or business rooftops, and some are banking on subscriptions to installations outside their towns. Their efforts, driven in part by a state law that took effect in 2017, could mean drastic changes to the way homeowners, businesses and residents buy electricity.

Solar power projects have faced logistical challenges and opposition from residents. Proposed installations in Plato Township in northwestern Kane County and in Yorkville were recently met with concern about their proximity to neighbors.

For individual homeowners looking to install their own panels, costs, benefits and home improvement risks must be considered, said Kumar Jensen, sustainability coordinator for Evanston. Some cities might have policies that inadvertently restrict solar opportunities for homeowners or businesses.

As of late 2018, the bulk of the electricity created in Illinois still came from nuclear and coal sources, according to federal data.

Still, some suburbs have already taken steps to support solar power, touting financial benefits and jobs that come with the new industry. Evanston officials have approved a climate action plan calling, among other goals, for the city to commit to 100 percent renewable electricity by 2030. While the methods to reach that goal remain to be worked out, they are likely to include reducing demand for energy and focusing on solar power, Jensen said.

A different proposed project in Yorkville, intended to supply power to the Kendall County government center, was granted a permit after initial concerns from residents. Kane County board members recently approved a permit for a nine-acre project in Blackberry Township in the western part of the county. Work is underway in Naperville on a park with an outdoor work station that would be powered by solar panels on the roof of the adjacent municipal center, with plans to sell extra electricity produced by the panels back to the grid. 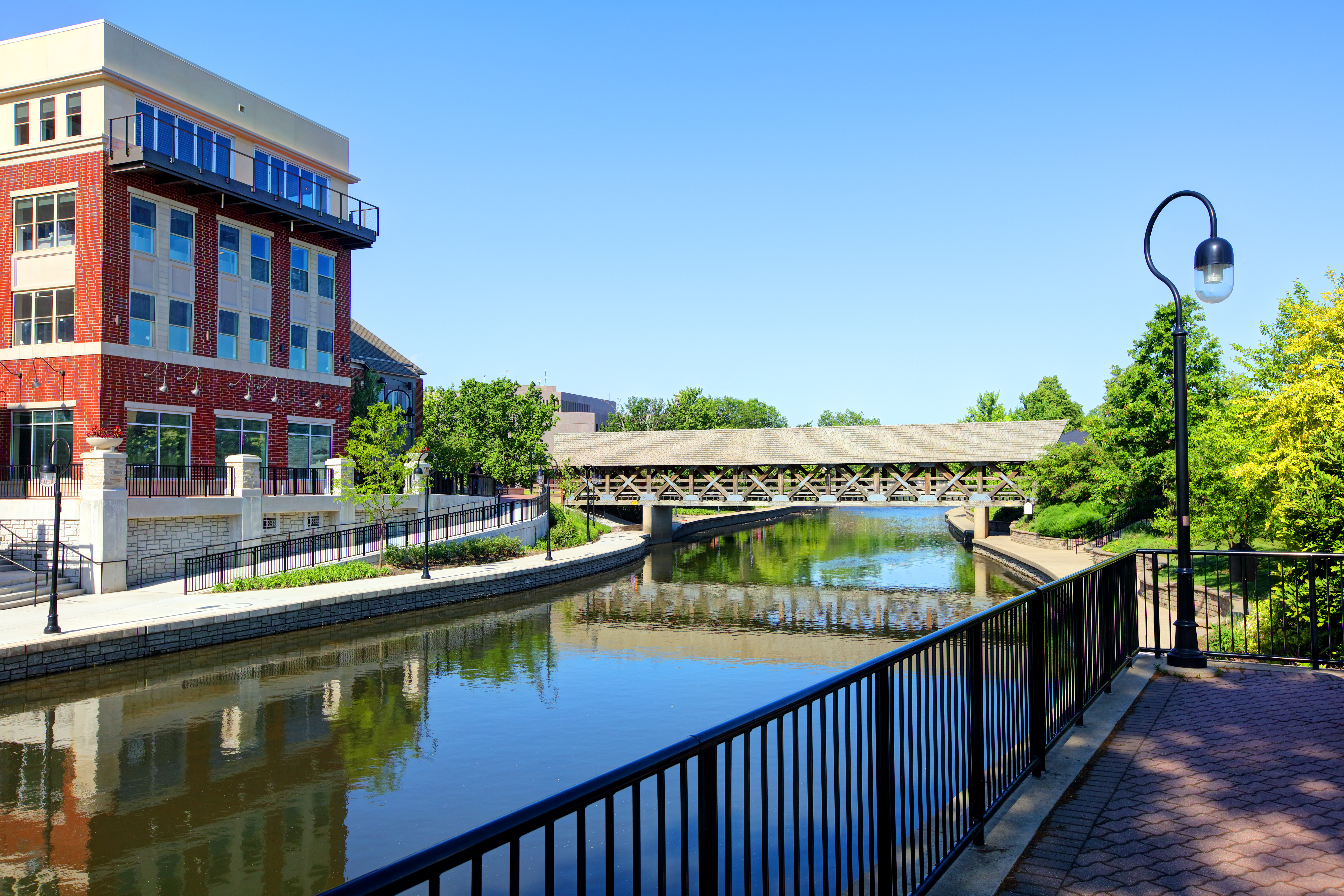 Will County has approved 17 permits for solar farms, on top of any residential solar installations, and has plans for solar education and a purchasing program, Bluemer said.

In Oak Park, where large trees, a concentrated population and many historic homes pose challenges for solar projects, officials plans to subscribe part of its municipal electric aggregation program to small, “community solar” installations elsewhere in northern Illinois likely to be built under a new state program, said Mindy Agnew, the village’s sustainability coordinator. There is not expected to be any change in rates in the aggregation program because of the switch, she said.

The growth of solar projects is spurred in part by the state’s Future Energy Jobs Act, which took effect in 2017 and, among other things, created new solar programs and incentives. Under one of those programs, developers can enter a lottery beginning at the end of January to receive renewable energy credits, which are sometimes considered necessary to make the projects viable. The lottery, which was delayed and has faced criticism for certain aspects, could ultimately be used to award projects in three categories: residential or commercial installations; large, utility-scale solar arrays; and small-scale solar projects – called community solar – built offsite that users who can’t install their own panels can subscribe to, and receive credit. 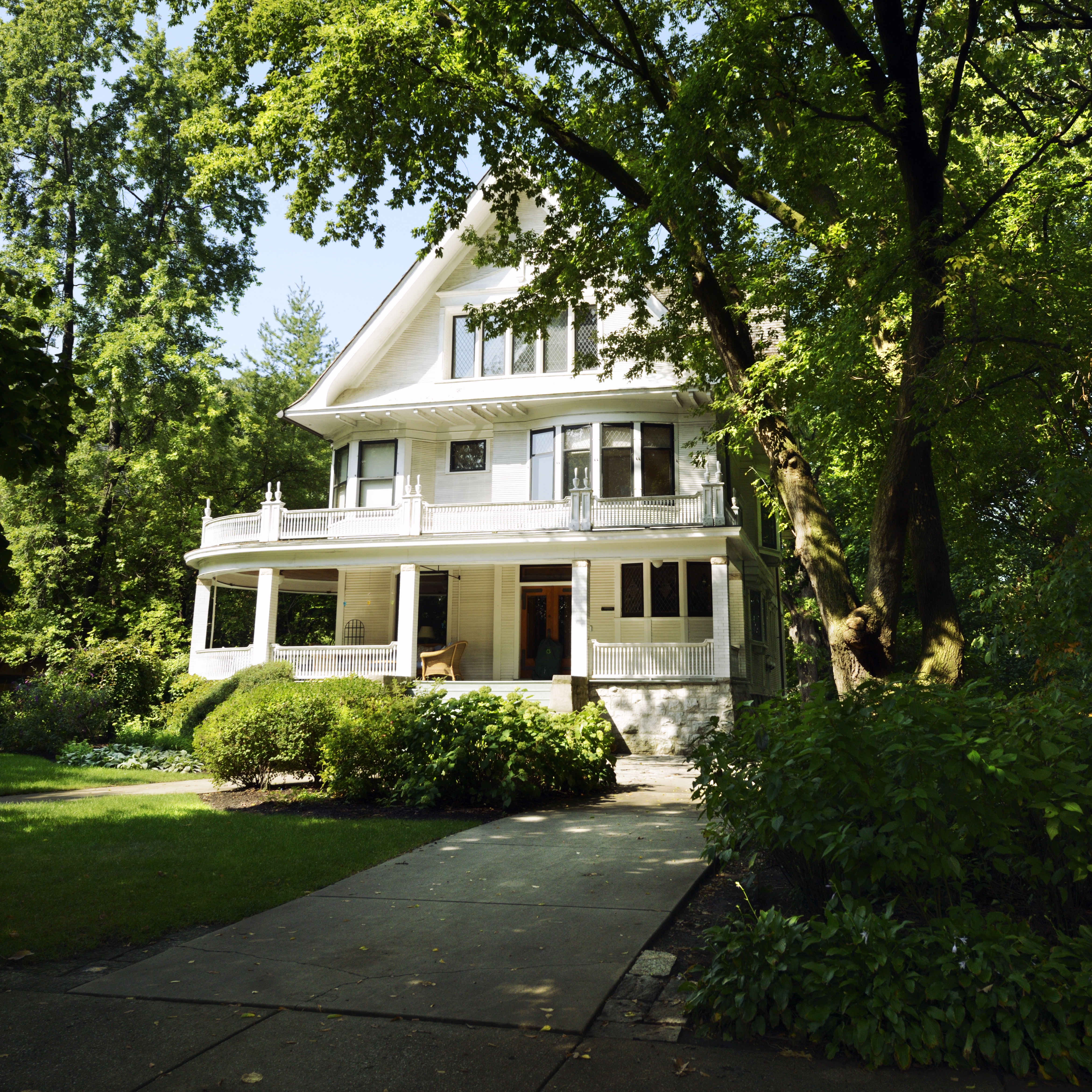 Brandon Leavitt, who owns Niles-based Solar Service Inc. and has been involved in solar installation for decades, said he has seen more interest in solar power from homeowners since the law took effect. He attributes it in part to incentives in the law, improvements in solar technology and decreasing costs for that technology.

“It’s not just for tree-huggers anymore,” he said.

Despite incentives for developers and homeowners, it is municipalities that can create pathways for solar in their communities through permitting practices and other policies, said Edith Makra, director of environmental initiatives for the Metropolitan Mayors Caucus. Several suburban communities, including Aurora, Evanston, Oak Park and Will County, have received the highest designation under a national program for their efforts to clear pathways.

Chicago has also received the highest designation and is one of more than 100 communities in the region that has signed on to the mayors caucus’ Greenest Region Compact, which calls in part for advancing renewable energy.

For its part, Aurora is likely to face the same balancing act as other suburbs between dedicating resources and land for solar and putting them toward development, agriculture or other uses. 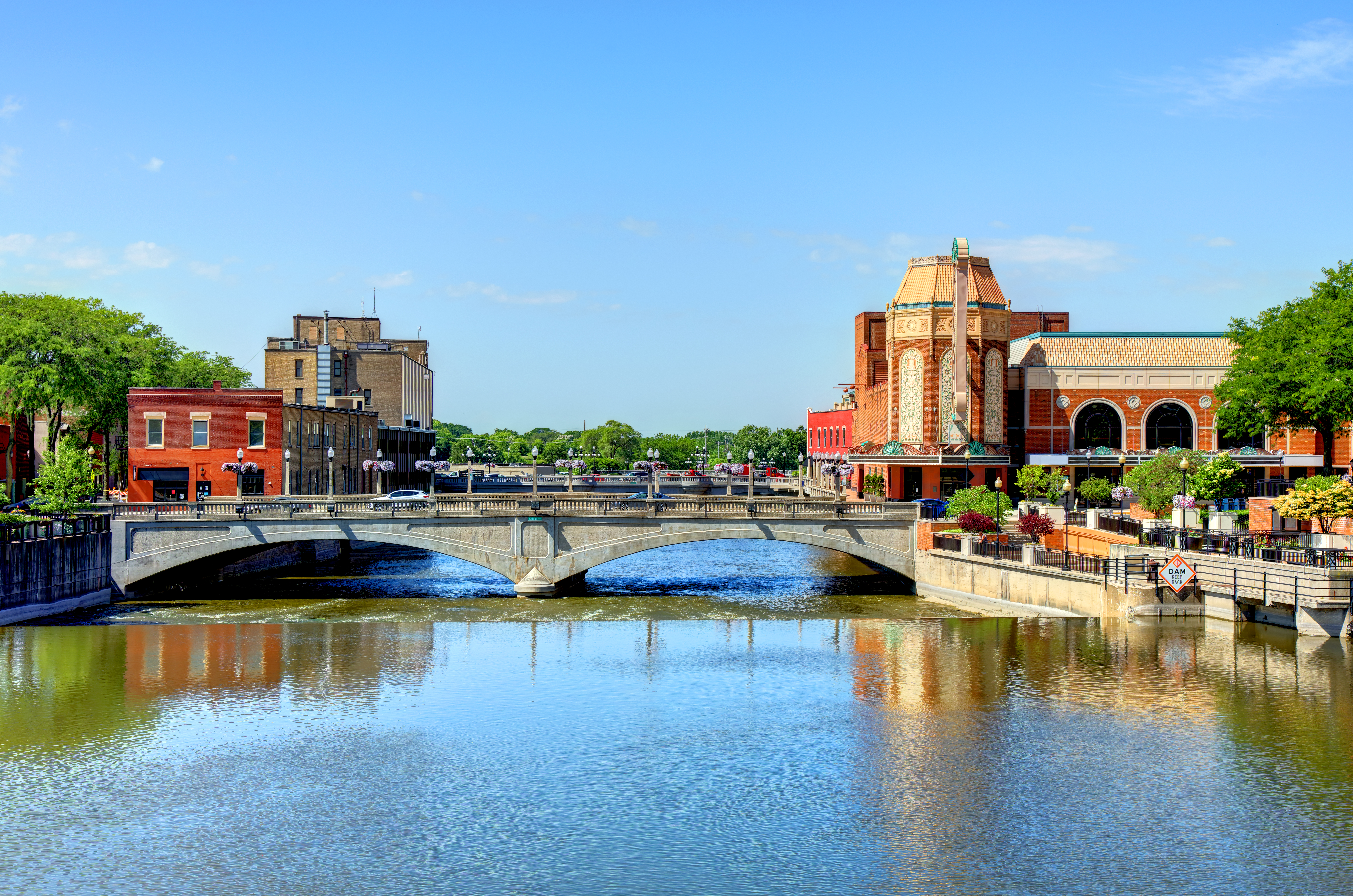 The city’s Sustainable Aurora Advisory Board is working on an updated sustainability plan that, in part, would call for the city to generate at least half its energy from renewable sources within 10 to 12 years, chairwoman Caryl Riley said, though some members would like to see a more aggressive goal. The plan would ultimately have to be approved by aldermen, but Riley said the move toward renewable energy would have both health and climate benefits.

As one step toward the energy goal, the board is working to put together a solar plan for the city. Solar panels are not as big or flashy as wind turbines and can be less expensive for an average homeowner than some other renewable energy sources, said Riley, who is also running for alderman of the city’s 1st ward.

It could begin with educating residents, she said. The city could look at land for solar installations that is unlikely to be developed or used for other purposes, such as a site with contaminated soil, she said. The city is already considering approval for a developer to build a solar project on a former landfill.

Riley also envisions solar arrays on rooftops. She sees installations on the roofs of the old buildings that largely make up the city’s downtown, such as one array that a private company installed on the roof of their building, which once housed the city library. And as companies such as Amazon build warehouses in the city, she sees the large, flat roofs as ideal for solar installations. 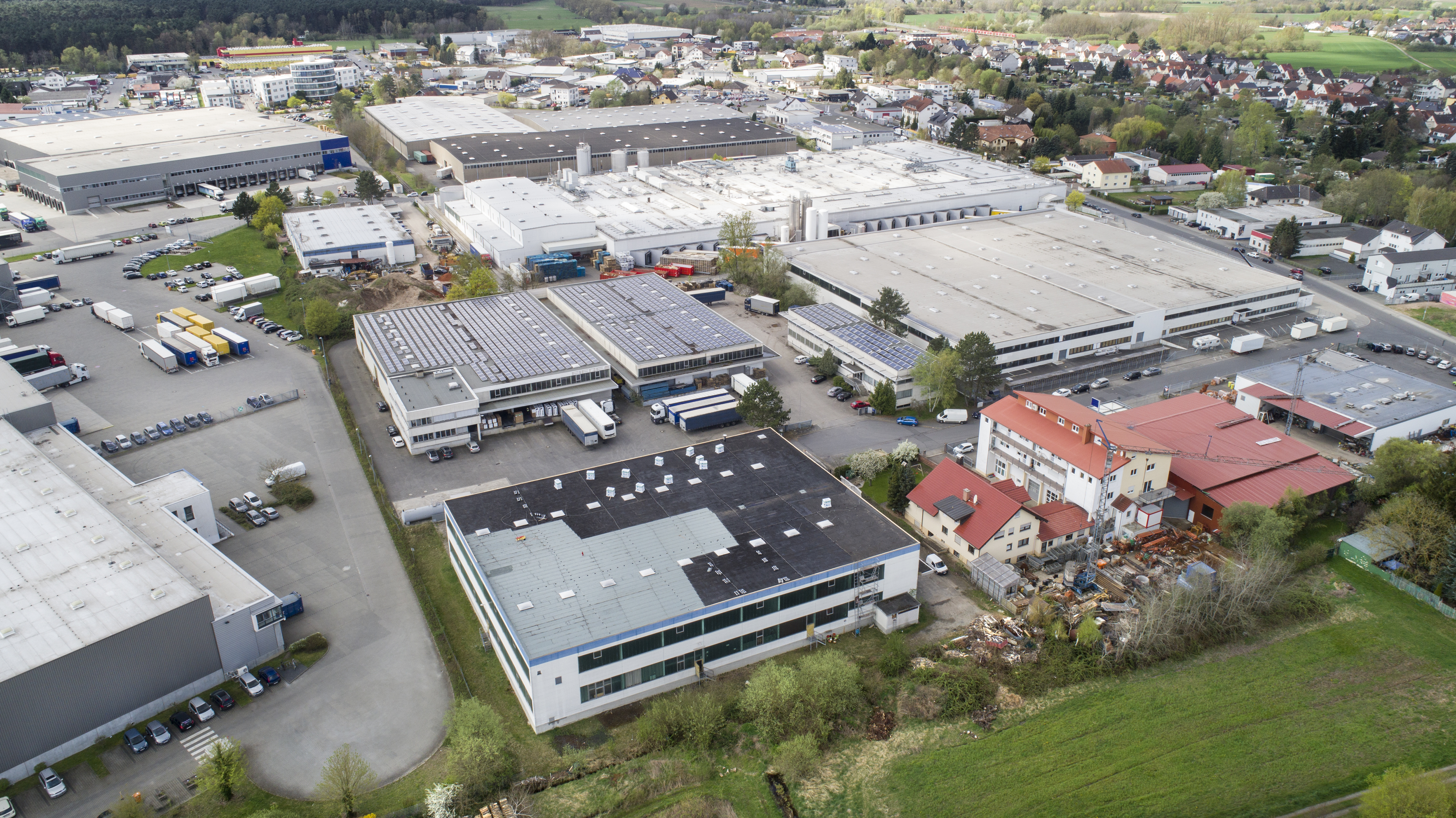 She would also like to see the city install solar panels on some municipal building rooftops, saying the lifetime savings from solar power could offset up-front costs.

“I think it would be a good example for the city to set,” she said. “You know, if you’re telling your citizens, ‘this is a good thing and you should be doing this,’ then lead by example.”

Cost, space and knowledge about solar options could be barriers to homeowners. Rooftop solar panels are sometimes restricted by homeowners associations, and are subject to strict guidelines in the city’s historic districts.

Despite the challenges, Riley said the board’s renewable energy goal is something to strive for.

“If you don’t set a goal, you’re never going to reach it, right?” She said. “So, even if you set the goal to say 50 percent, and you come up short and you hit 20 percent, are you not in a better place than you were?”

The city, for its part, is open to looking at sites for solar, especially in commercial and industrial areas, said Trevor Dick, director of development strategy and facilitation for Aurora.

“The city wants to continue to explore solar power in appropriate locations throughout the city, and wants to embrace it as the next step in sustainability,” he said.

He could not say whether the city was considering installing solar panels on municipal buildings or comment on the advisory board’s proposed sustainability plan and energy goal, saying he had only worked at the city for about six months.

But, in coming years, he sees solar and other green technology growing in Aurora, in both the public and private sectors.

This article was from Energy Monitor Worldwide and was legally licensed through the NewsCred publisher network. Please direct all licensing questions to [email protected]