While solar-powered homes spread across America, you're still probably trying to sort out if it makes sense for you. This smartly written article answers basic questions about going solar that may help your decision-making process. Still have questions? Get answers from a free consultation with your local Panasonic expert and learn the many benefits of making the solar switch.

All across the country, how we produce energy is in a huge transition period: Coal plants are retiring as renewables such as wind and solar are coming online. Last week we wrote about a huge solar farm — what will be the largest in the country — coming to northwest Indiana. At 13,000 acres, it will have more than 2.5 million panels and power close to a quarter million homes.

It might come as no surprise, but this story generated a lot of interest and many questions from you, our readers. And it's no wonder — solar can be tricky. It's further complicated by the fact that not all solar is the same. There are significant differences between rooftop sola (panels on the tops of homes), compared to utility scale solar, or something like the Mammoth solar project.

While it's the same general technology, how it's deployed "matters a great deal" for how the energy is used and who owns and benefits from it, said Zach Schalk with Solar United Neighbors, an organization that helps Hoosiers with access to rooftop solar. 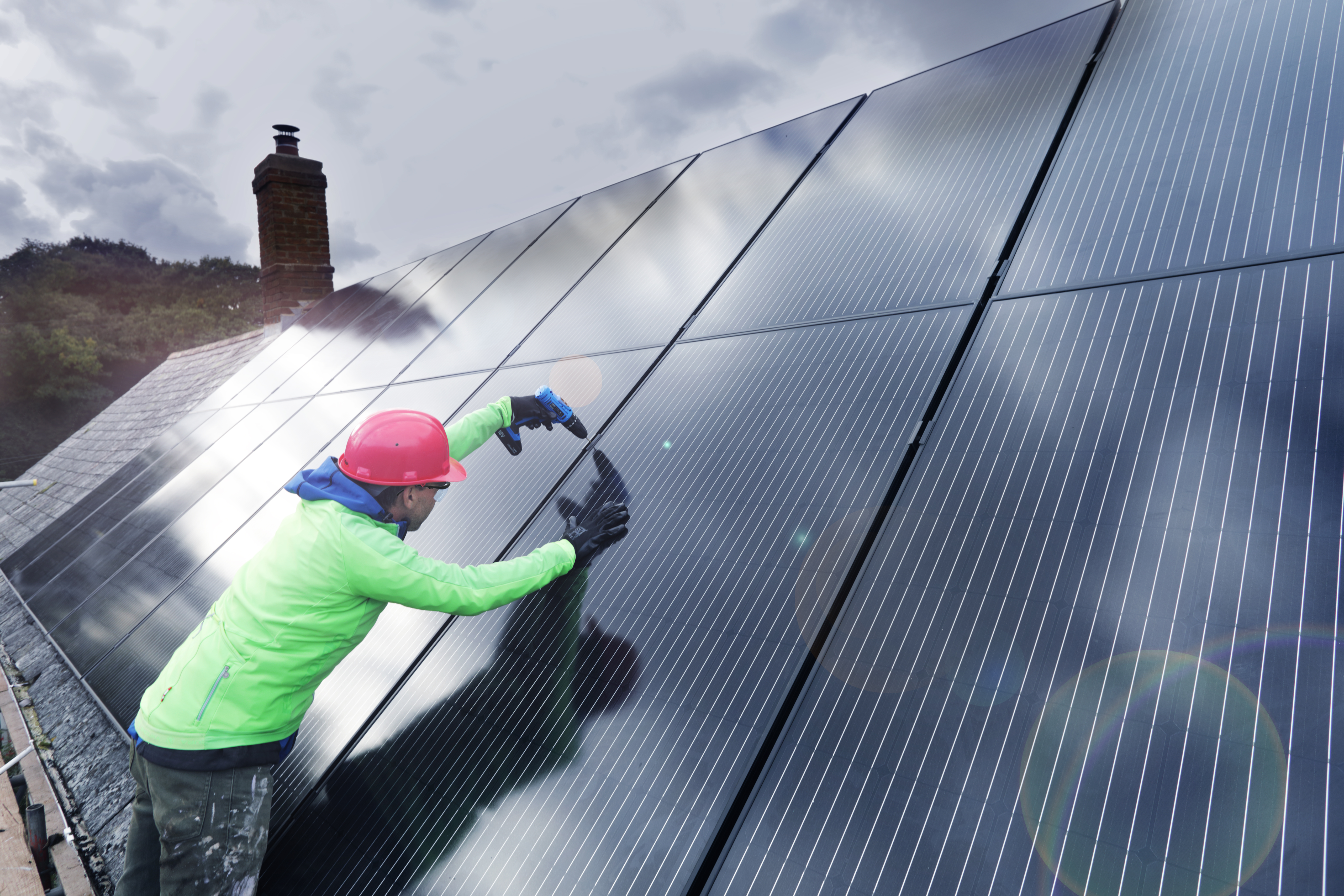 More specifically, rooftop solar is generally used on site, or behind the meter, and the electricity that isn't used on site is shared directly with neighbors on the distribution grid, Schalk explained. This differs from utility scale projects that are centrally controlled and plug directly into the transmission grid.

Still, Schalk said "we're going to need both rooftop solar and utility-scale solar if we're going to decarbonize our energy system as quickly as we need to."

We're going to try to answer some of those top questions, keeping those distinctions between rooftop and utility solar in mind where it applies — so keep reading.

At its most basic, solar energy is the act of harvesting sunshine to make electricity that we can then use to power our homes and businesses. Nick Cohen, the president and co-founder for Doral Renewables LLC, the company behind the Mammoth Solar project, describes it as "a one-step process to convert free sunlight to electricity."

How does solar energy work?

Solar panels are made up of what are called photovoltaic, or PV, cells. And those cells are made of silicon. The individual cells are wired together to form a solar panel, which is typically roughly 3 feet by 5 feet and coated in tempered glass to help withstand harsh weather. 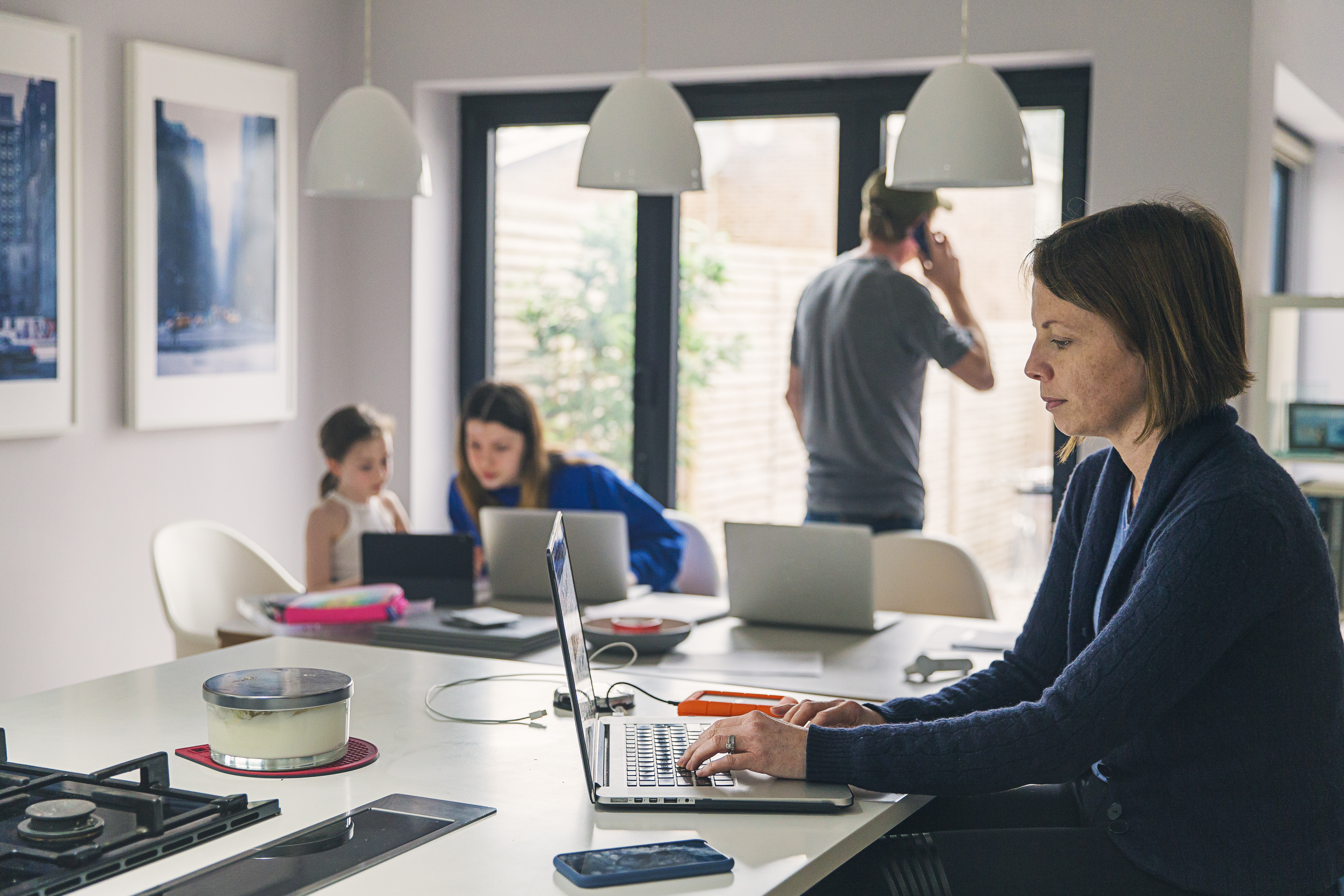 How many solar panels are needed to run a house?

This depends a lot on different factors, such as how much electricity the house uses, whether there's good sun exposure, the type of solar panel being used, etc. On average, solar panels for residential use produce between 300 to 400 watts each. Schalk said it's better to think about the overall size of the system instead of the number of panels.

The typical residential solar installation ranges between 7,000 and 8,000 watts, which Schalk said is enough to cover all of the electrical usage for many homes. That would mean the average home would need about 20 panels to power it. For larger homes with higher usage, however, the system sizes can be much larger.

Do you really save money with solar panels?

To Schalk, the answer when it comes to rooftop solar is simple: "Absolutely! As soon as your solar panels are switched on and producing electricity, you will see immediate savings on your electric bill."

How much money is saved over time depends on each individual situation — how much energy you use and how much your panels produce — "but there's no question" that people's bills will go down, he said. Still, as long as homeowners stay connected to the grid, they will always have a monthly fixed cost on their bill, even if their panels cover all their electric usage.

While people will save money each month, it will take time to break even after the initial upfront investment. Schalk said that the monthly bill savings coupled with the federal investment tax credit usually allow many solar owners in Indiana to recoup their upfront costs to install the system in about 10 to 12 years. The monthly savings will then continue as panels can be expected to produce electricity for at least 25 years.

Outside rooftop solar, utility scale solar is the cheapest source of energy, Cohen said, and that helps energy prices for whatever utility is purchasing or producing the electricity to be more affordable. Cohen said ratepayers can research their utility and see what percent of their power is from renewables and projected to be from solar or wind. Depending on those projections, Cohen said he would use their renewables and hope to realize savings that way. 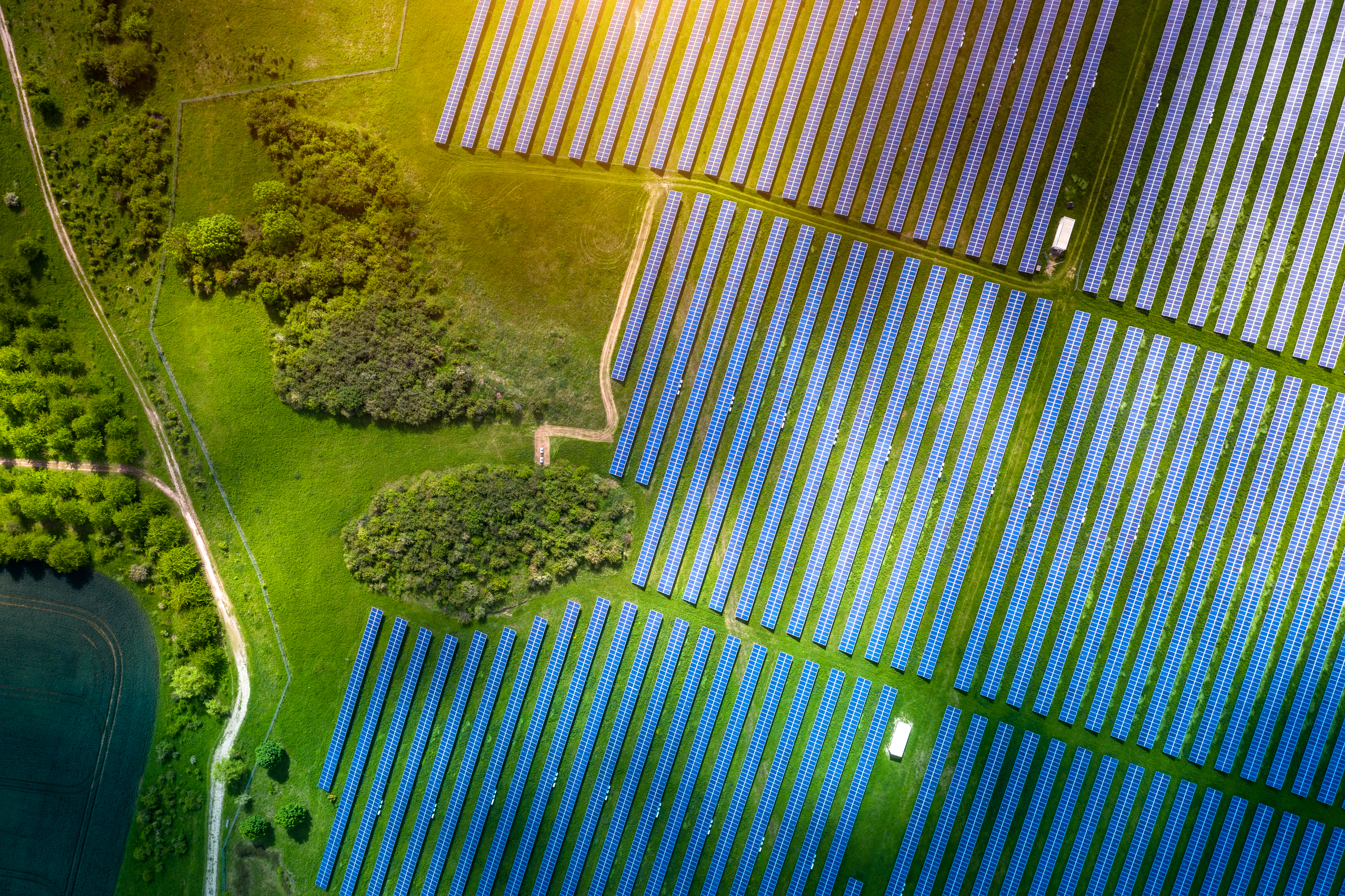 How profitable is a solar farm?

Utility scale solar farms are low-risk investor opportunities, Cohen said — the product is predictable and low risk. It also is good for landowners and their communities through jobs, taxes and payments that can all provide a real boost to an area.

Before a project can go to construction, it has to have a long-term sales contract — often called a Power Purchase Agreement — with an investment grade buyer of the power. That secures that the power will be used and paid for. The construction costs are also locked in by investment grade suppliers, Cohen said, helping to keep costs down where possible.

While some subsidies are sometimes available for these projects, many times the upfront costs are also covered by the company and private investors who feel confident they will earn a return on selling the energy that's produced.

"The investor is looking for a predictable return," Cohen said, which is in line with what they would get with typical low-risk utility investments.

What are the main advantages of solar panels?

Schalk said this question is important to make the distinction between rooftop and utility scale solar.

For utility scale, the main advantage is that it's generally the cheapest source of electricity on the market today, Cohen said. That's a result of the rapid decrease in the cost of solar panels as the technology has improved, and the fact that the sun is free once the panels are installed. It also has the benefit of producing reliable electricity without any carbon emissions.

Rooftop solar has the same advantage: It produces clean electricity, reducing carbon emissions that help combat climate change. One of its main benefits, however, is that rooftop solar allows the solar owner to take control of where their electricity comes from, Schalk said. That means they can directly reduce their electricity bill and make the grid more efficient by producing electricity close to where it's actually used.

Nick Cohen adds one other aspect: "It's simple and easy to maintain." 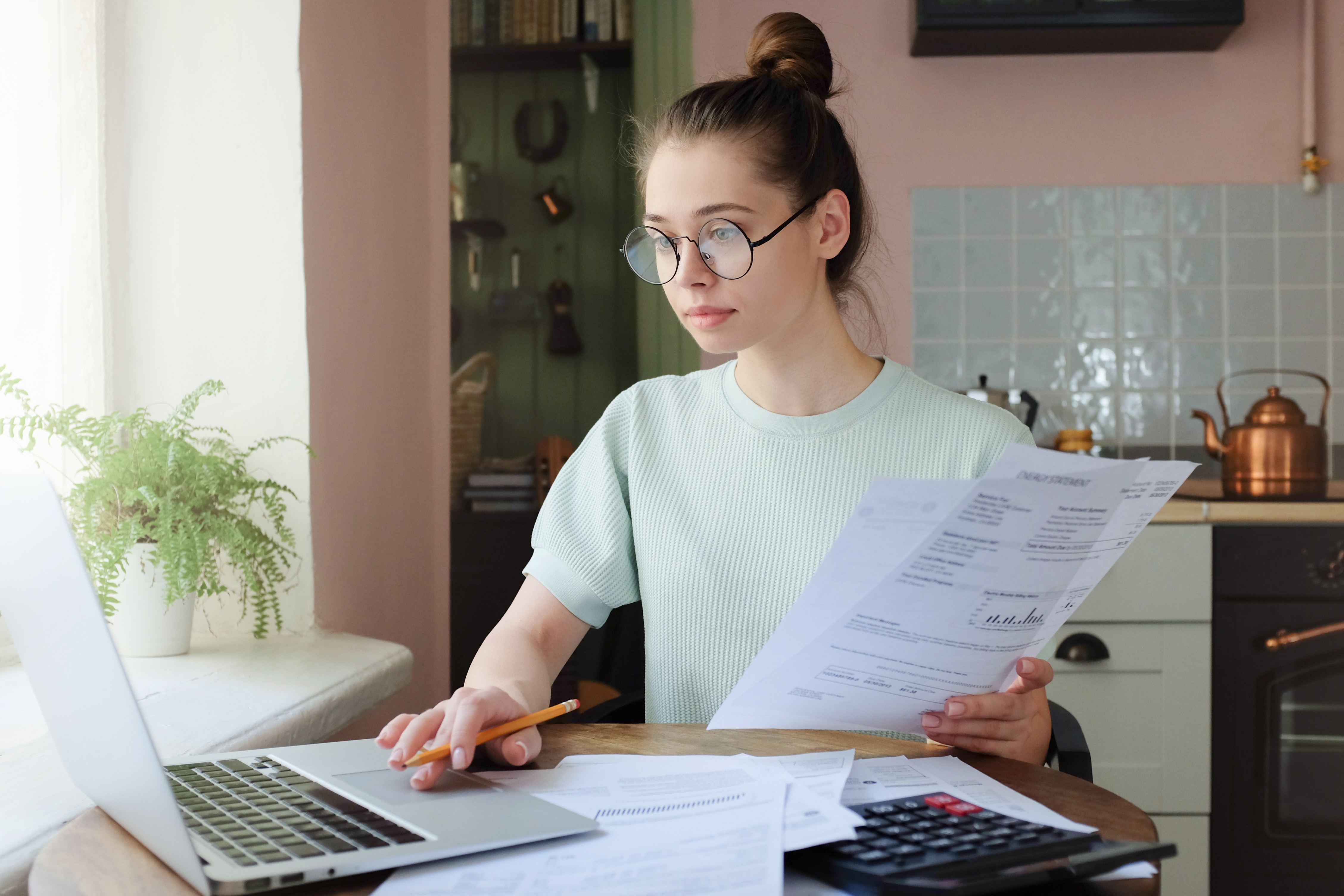 What are the main disadvantages of solar panels?

Schalk said that's a hard question to answer "without asking another question: Compared to what?"

One of the main disadvantages of solar energy is that it's inherently tied to the cycle of the sun, Schalk said, and it's exact output depends on things like weather and cloud cover. Without larger and more advanced battery storage options, which are being developed, electricity cannot be produced at night. That means that solar power "cannot be a stand-alone source," Cohen said, and needs some supplemental generation — which often comes from fossil fuels.

Solar power, especially at the utility scale, also requires a larger footprint to produce the same amount of electricity output as some other sources, such as a traditional fossil fuel plant, Cohen added. It can sometimes be difficult to find that much aggregate space to set up a solar farm, or to find an area where the grid is robust enough to handle the new energy.

Still, Schalk said he sees these as differences from traditional energy sources, not disadvantages.

"Solar energy is different from our legacy energy sources," he said, "but I view those differences as opportunities to shape our energy system into something that's clean, just and equitable."

What is bad about solar energy?

When some people think of solar energy, they think of toxic materials and leaks. But modern day panels are non-hazardous, Cohen said. The same is true for batteries that help to store solar electricity so it can be used at night or during inclement weather. The batteries are mostly lithium-based like what is used in smartphones, Cohen said, and do not have a history of leaking.

With both utility and rooftop solar, some people also don't want to look at the panels — they consider them an eyesore. But many times the panels can be hidden with setbacks, landscaping or different films that make them less noticeable.

One of the other main issues for rooftop solar is that not everyone has the ability to install panels on their own roof, Schalk said. That could be because there isn't enough room, the roof faces the wrong direction for the panels to get sunlight, or there is a Homeowners Association that restricts the ability to install solar panels. It could also be a situation where someone can't afford the installation cost or lives in a building where they don't own their roof.

"The good news is that many of those barriers can be lowered through good policy," Schalk said.

What happens to solar panels at the end of their useful life?

Cohen said that most manufacturers in the industry have recycling programs for solar panels — there are aluminum and other valuable components that make recycling an economical choice. Still, the process of recycling isn't easy to separate all the various parts and pieces of a panel.

Scrub Hub: Do wind turbines and solar panels go to the landfill, or can they be recycled?

The reality is that very few solar panels in the U.S. have yet to reach the end of their useful life, Schalk said, especially here in Indiana. That's because the solar industry is still in its infancy and panels can be expected to reliably produce electricity for 25 years. Because so few panels have been retired at this point, the U.S. is still in the early days of developing a robust industry to recycle solar panels.

Schalk said other parts of the world, such as Europe, have a more advanced solar market and are a few steps ahead of us, "so we can likely learn from them in the coming years."

Correction: An earlier version of this story said "The typical residential solar installation ranges between 7,000 and 8,000 kilowatts..." The correct unit of measurement is 7,000 to 8,000 watts.

This article is written by Sarah Bowman from The Indianapolis Star and was legally licensed via the Tribune Content Agency through the Industry Dive publisher network. Please direct all licensing questions to [email protected].