Renewable energy has become a viable part of the energy portfolio of many modern delivery services. Options for renewable energy now include solar, hydroelectric, geothermal, wind, biomass, and geothermal. The concept of solar energy is familiar to many people in the public, yet many people still cannot afford to or have the capacity to install solar energy capturing technologies on their homes. This makes community solar programs potential alternatives for people that want to “go solar.” Community solar programs offer a way to go solar without altering the place of residence. 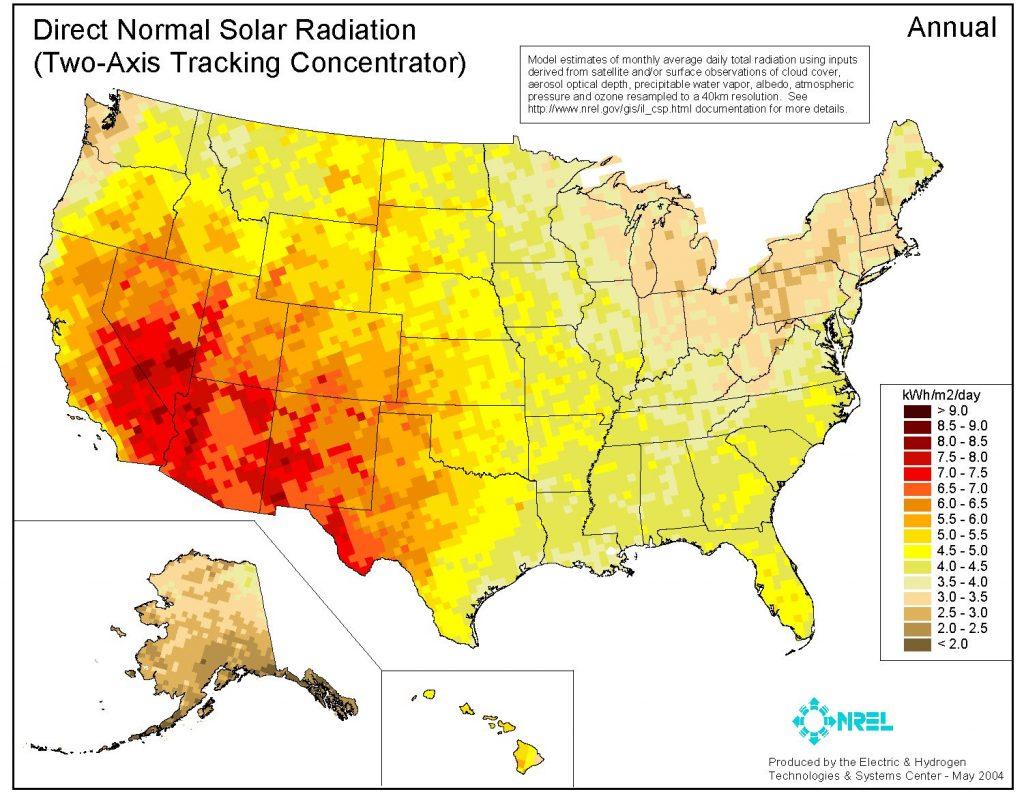 The concept of solar energy is rather simple: Capture the sun’s light and convert it to heat. There are numerous ways to do that including heating water (thermal), illumination, and other methods involving photovoltaic (PV) systems. Because of environmental stewardship, tax incentives or a combination of both, many homeowners have started to transition their homes to solar energy technologies. According to the Solar Energy Industries Association website, “Solar has ranked first or second in new electric capacity additions in each of the last 5 years.” The website notes that solar’s share of total U.S. electrical generation went from 0.1% in 2010 to about 2% now. The graphic (above) from the U.S. National Renewable Energy Laboratory (NREL) illustrates that many places in the United States can support solar energy production. Globally, potential is even more impressive. 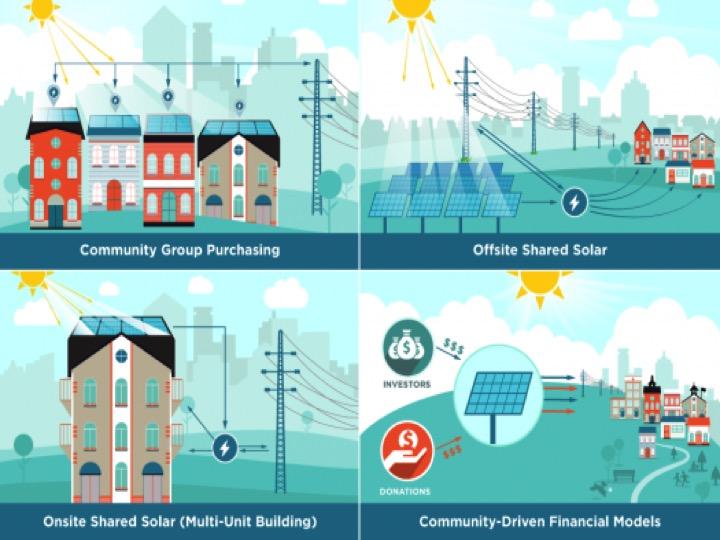 While not everyone is able to install panels on their roofs, due to unsuitable roof space, living in a large condo building, or renting living space, alternative business models like community solar and shared solar are gaining popularity and increasing access to clean solar energy … Community solar business models increase deployment of solar technology in communities, making it possible for people to invest in solar together. Shared solar falls under the community solar umbrella, allowing multiple participants benefit directly from the energy produced by one solar array. Shared solar participants typically benefit by owning or leasing a portion of a system, or by purchasing kilowatt-hour blocks of renewable energy generation.

I was intrigued by the concept so explored it for my own home. I live in the state of Georgia. Various energy providers in my state, through Public Service Commission approval, operate Community Solar Program. I signed up with my provider to purchase a monthly subscription. In return, I receive a bill credit based on the solar facilities’ production. This seemed like a “no-brainer” to me, but at $24.99 per block per month (as offered by my provider), some critics argue that it is not financially viable for many residents. This is a valid concern, but I suspect costs will decrease as programs expand.

For more perspective on community solar programs, I contacted my friend Commissioner Echols, a state regulator. He told me in a message:

Community solar projects are a way for any utility ratepayer to help move solar forward in their state … By subscribing to the program, you help build new solar arrays in your area.

This link is a good resource to start your homework because there is a lot to learn about the programs and how they differ from group purchasing, green power, and crowdfunding-online solar investment platforms. The intent herein was not to provide a deep dive into the “pros and cons” of community solar programs but to make you aware of them.

This article was written by Marshall Shepherd from Forbes and was legally licensed through the NewsCred publisher network. Please direct all licensing questions to [email protected]