California, amongst other states, has been experiencing unexpected power outages as a result of extreme weather and wildfires. This article from the AP dives into sustainable solutions to blackouts and the benefits received as a result. With the right technology you can make your family energy independent too. Find out how to increase your home's energy resiliency with Panasonic Total Home Energy Solutions.

When a wildfire tore through Briceburg nearly two years ago, the tiny community on the edge of Yosemite National Park lost the only power line connecting it to the electrical grid.

Rather than rebuilding poles and wires over increasingly dry hillsides, which could raise the risk of equipment igniting catastrophic fires, the nation’s largest utility decided to give Briceburg a self-reliant power system.

The stand-alone grid made of solar panels, batteries and a backup generator began operating this month. It's the first of potentially hundreds of its kind as Pacific Gas & Electric works to prevent another deadly fire like the one that forced it to file for bankruptcy in 2019. 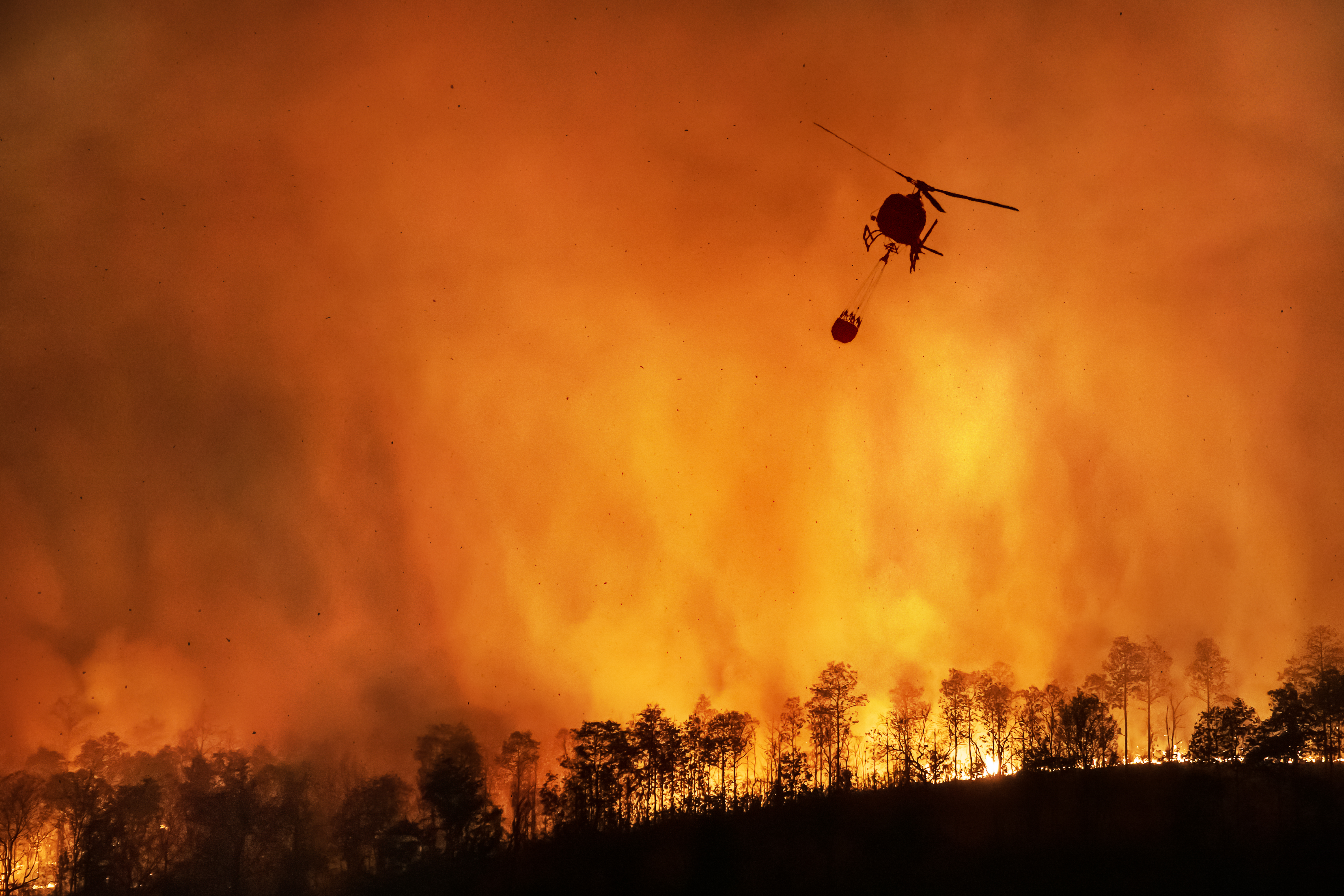 The ramping up of this technology is among a number of strategies to improve energy resilience in California as a cycle of extreme heat, drought and wildfires hammers the U.S. West, triggering massive blackouts and threatening the power supply in the country’s most populous state. Other tactics include raising the cost of electricity during high-demand hours – when it’s most expensive to provide it – and offering cash and prizes to conserve energy when the grid is strained.

“I don’t think anyone in the world anticipated how quickly the changes brought on by climate change would manifest. We’re all scrambling to deal with that,” said Peter Lehman, the founding director of the Schatz Energy Research Center, a clean energy institute in Arcata.

The response follows widespread blackouts in California in the past two years that exposed the power grid's vulnerability to weather. Fierce windstorms led utilities to deliberately shut off power to large swaths of the state to keep high-voltage transmission lines from sparking fire. Then last summer, an oppressive heat wave triggered the first rolling outages in 20 years. More than 800,000 homes and businesses lost power over two days in August.

During both crises, a Native American reservation on California's far northern coast kept the electricity flowing with the help of two microgrids that can disconnect from the larger electrical grid and switch to using solar energy generated and stored in battery banks near its hotel-casino. 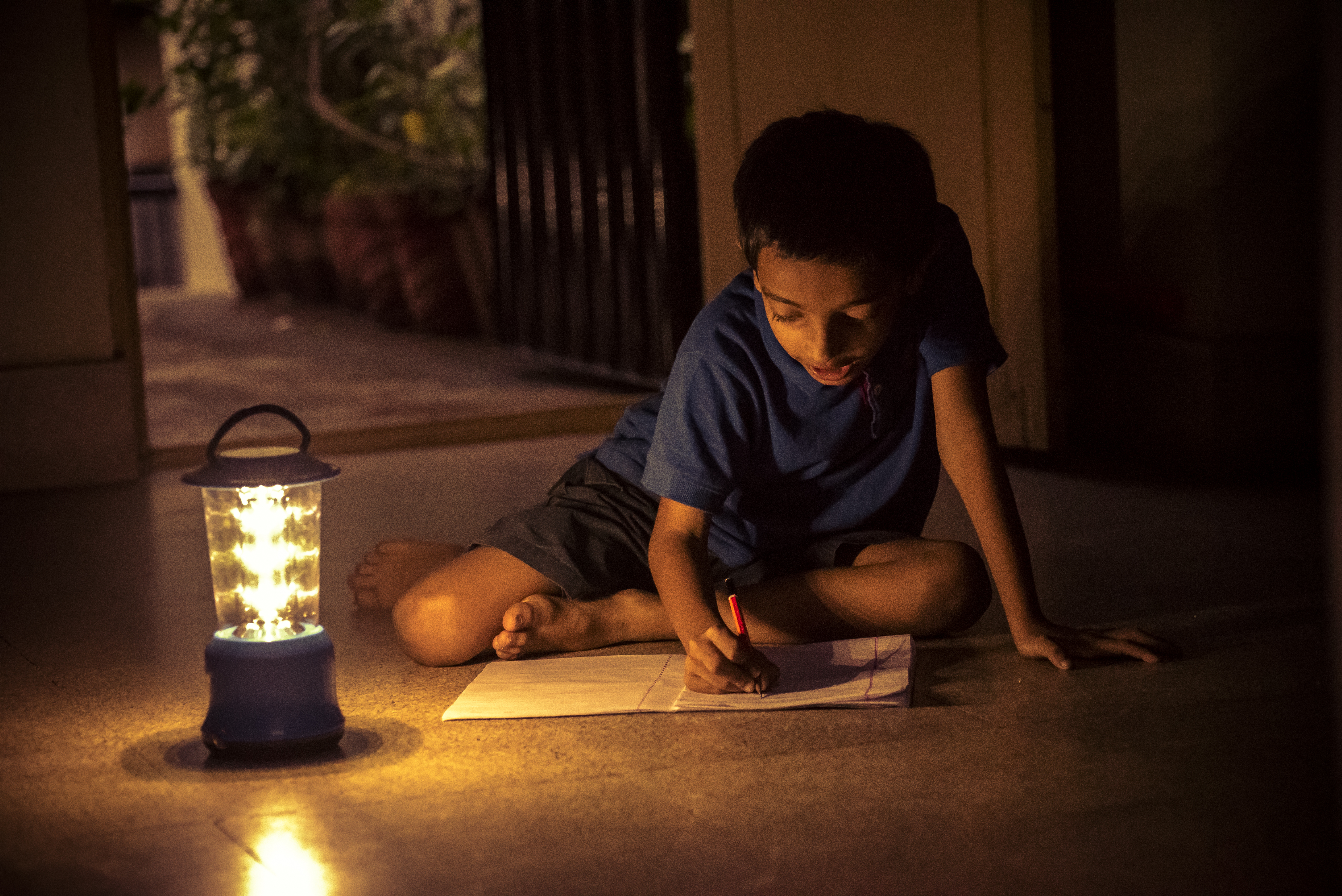 As most of rural Humboldt County sat in the dark during a planned shutoff in October 2019, the Blue Lake Rancheria became a lifeline for thousands of its neighbors: The gas station and convenience store provided fuel and supplies, the hotel housed patients who needed a place to plug in medical devices, the local newspaper used the conference room to put out the next day's edition, and a hatchery continued pumping water to keep its fish alive.

“We've had outages before, but they were not severe. This one lasted almost three days for us,” said Shad Overton, a manager at Mad River Hatchery. “The electricity from the microgrid pumped the diesel fuel we needed for our generator.”

During a few hours of rolling blackouts last August, the reservation's microgrids went into “island mode” to help ease stress on the state's maxed-out grid.

“We seemed to arrive just in time to handle these emergencies, but it’s about good governance over the last decades that paid attention to … what tribal elders were saying about how the conditions were changing, and taking that information and planning for it,” said Jana Ganion, the tribe's director of sustainability.

Energy experts said the tribe's $8 million microgrids highlight the technology's potential in providing reliable power to hospitals, fire stations and other small-scale operations that can provide emergency services during a disaster, and to remote communities vulnerable to power loss. 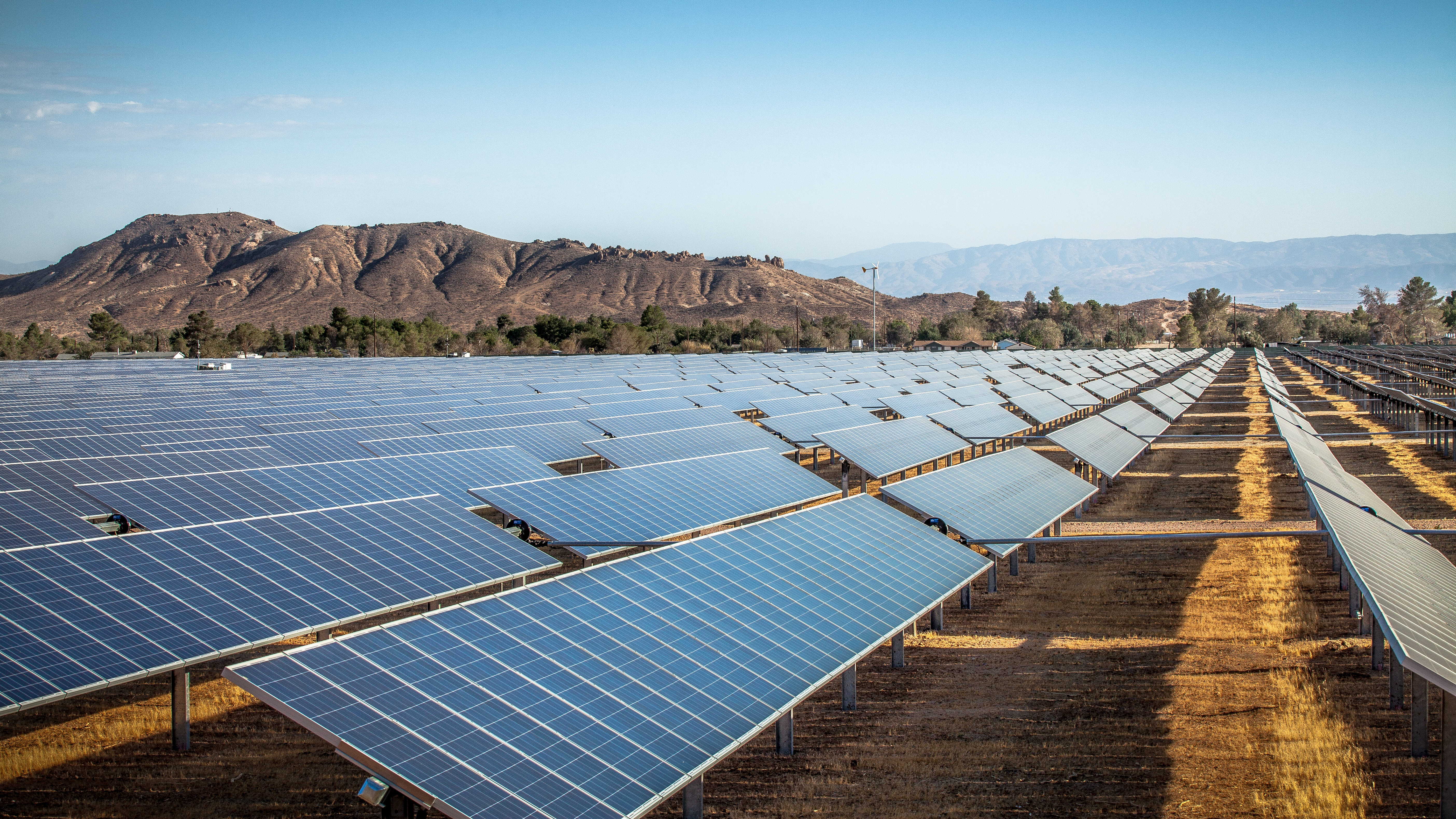 “Anything that can give you a little bit of electricity, charge your phone or keep the fridge running when it’s dark is enormously valuable. Microgrids can play a huge part in that,” said Severin Borenstein, an energy economist at the University of California, Berkeley.

The state’s energy commission has funded dozens of projects, serving as test beds for policies that might lead to commercialization of microgrids. Regulators are trying to resolve a longstanding rule that prohibits private microgrids from selling their excess electricity “over the fence” because they are not regulated by the state.

In Briceburg, PG&E determined the cost of installing and maintaining the remote grid outweighed the long-term expense and risk of replacing power lines, utility spokesman Paul Doherty said. The five customers who draw power from it will pay the same rate as they did before.

Meanwhile, the state's grid managers are grappling with the same challenge they faced last year. California routinely buys electricity from neighboring states when it is short on power, but imports are hard to come by when other states are hit by the same heat wave.

Bracing for another summer of heatwaves, utilities across the U.S. West have been signing contracts for more emergency power supplies and are trying to make sure they aren’t relying on the same suppliers as everyone else.

The grid needs to be balanced at all times between electricity supply and demand. On hot days, it is stressed in the late afternoon and early evening, when solar power generation tails off after dark.

The California Independent System Operator said there have been upgrades in power storage and transmission since last summer, including four times the amount of battery storage from the current 500 megawatts on its system to 2,000 megawatts by August. In all, there will be about 3,500 megawatts of capacity – enough to power some 2.6 million homes.

There are setbacks too: An intensifying drought is weakening the state's hydroelectric facilities. 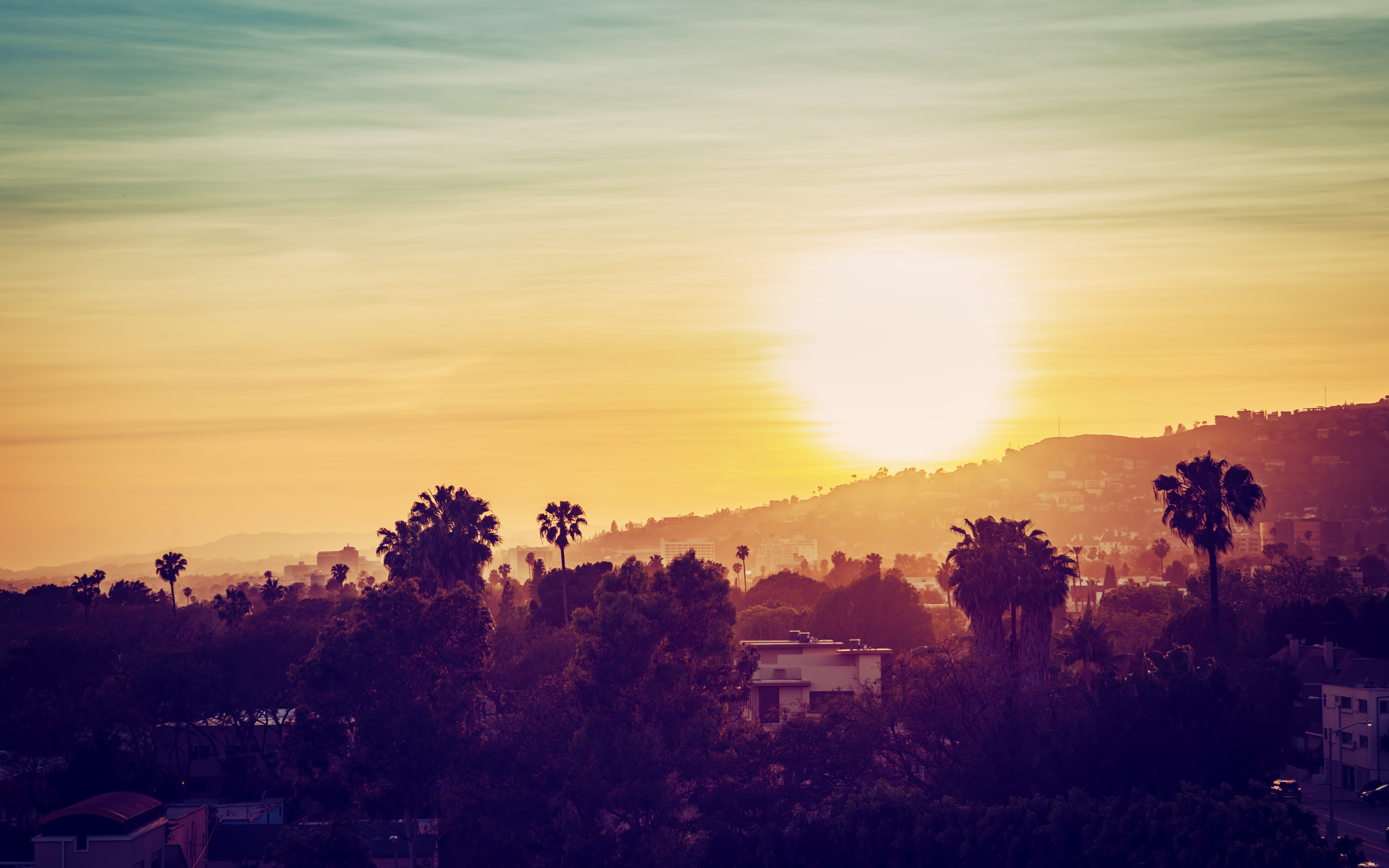 “We just don’t know how hot it’s going to get and we don’t know how much demand will be,” said Borenstein, who also sits on ISO's board of governors.

To encourage utility customers to shift some energy use to times when renewable resources are most plentiful, utilities are moving customers to new rate plans where they pay less in the daytime and more during peak demand hours.

One company is offering incentives, in the form of cash and gift cards, to people who reduce their household consumption at key times. OhmConnect, a regulated participant on the electricity market, said during a four-day period last summer when ISO issued “FlexAlerts” urging conservation, customers who agreed to let the company manage their smart thermostats and appliances helped take off almost 1 gigawatt-hour of energy – the equivalent of San Francisco's typical hourly use.

Cisco DeVries, CEO of the Oakland-based startup, joked that the opportunity to earn money by saving energy seems too good to be true so the company enlisted actress Kristen Bell to win over skeptics.

“Blackouts feel like a thing that happens that you have no control over, when the reality is that if we work together we actually can prevent it,” DeVries said.

This article was written by DAISY NGUYEN from The Associated Press and was legally licensed through the Industry Dive publisher network. Please direct all licensing questions to [email protected].