Can increasing our reliance on trees to build homes and buildings actually be good for the environment? This thought-provoking article by Co.Exist takes a look at the benefits and challenges of this innovative idea for sustainable building.

Building structures out of wood doesn’t seem like a particularly innovative idea – people have been building wood houses for centuries. But when it comes to new efforts to be sustainable, all-timber construction is the latest advancement. How exactly is a process that requires us to cut down trees more environmentally friendly, though? Sustainable forest management would be crucial, experts say, but if that is part of a global boom in using timber in new constructions, new wood buildings could store up to 700 million tons of carbon a year.

In a paper published in the journal Nature Sustainability on January 27, experts at the Potsdam Institute for Climate Impact Research in Germany dig into the potential for timber buildings to act as carbon sinks. Natural carbon sinks, like forests, absorb and capture carbon dioxide from our atmosphere. Timber buildings, the researchers say, could be crucial carbon sinks as the world’s population, and thus urban construction, increases in the coming years. 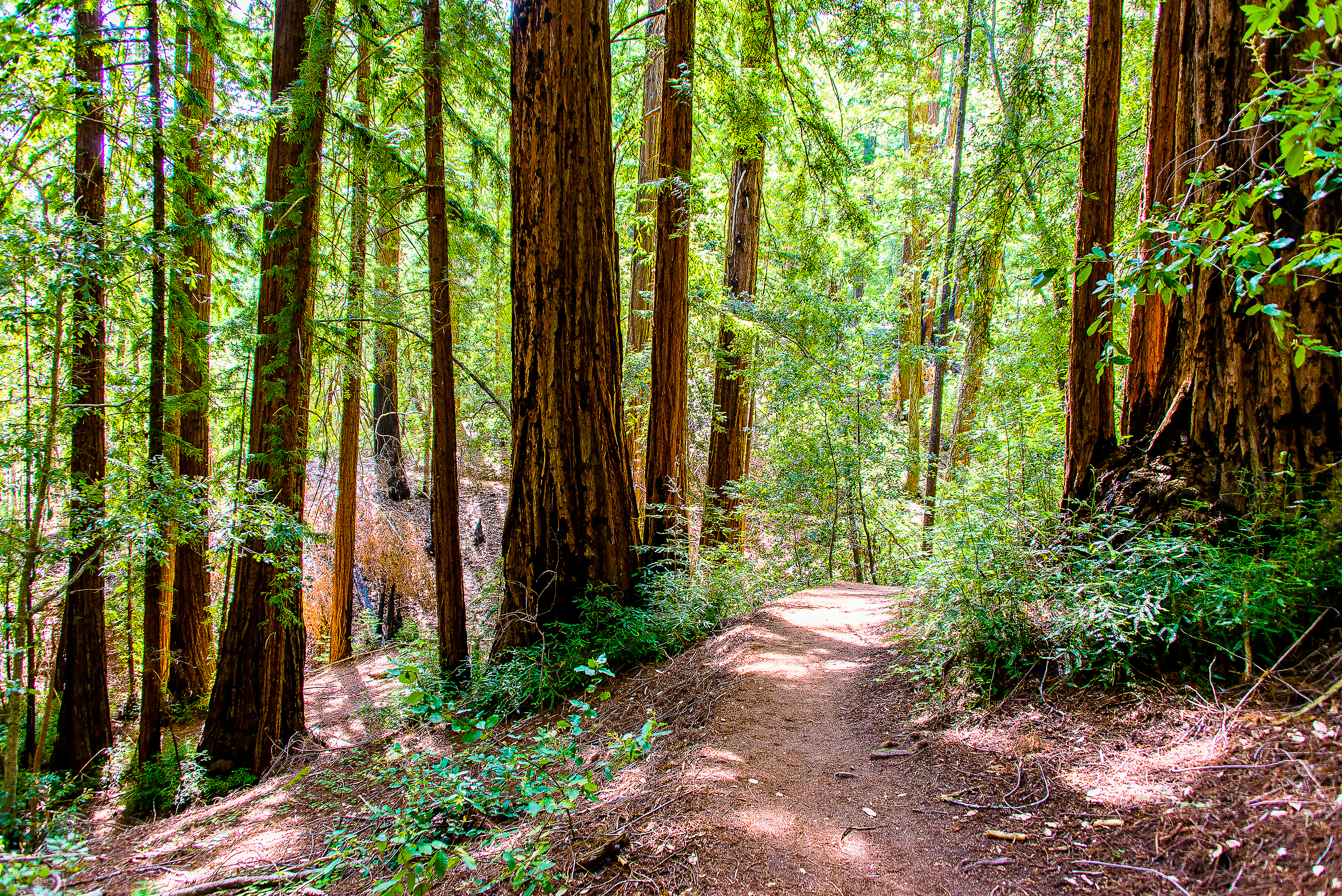 Experts have predicted that by 2050, there could be more than 9.5 billion people on Earth, and that 70% of that population will live in urban environments. That means demand for new housing and commercial buildings will grow as well, Galina Churkina, lead author of the Potsdam study, notes in a statement, and the production of cement and steel will continue to be a major source of greenhouse gasses, unless we change the way we build.

To reach net-zero carbon emissions by midcentury, we need to lower our carbon output and also create carbon sinks to balance the atmosphere and counteract emissions that may be impossible to avoid. “Buildings, which are designed to stay for decades,” researchers write in the paper, “are an overlooked opportunity for a long-term storage of carbon, because most-widely used construction materials such as steel and concrete hardly store any carbon.” 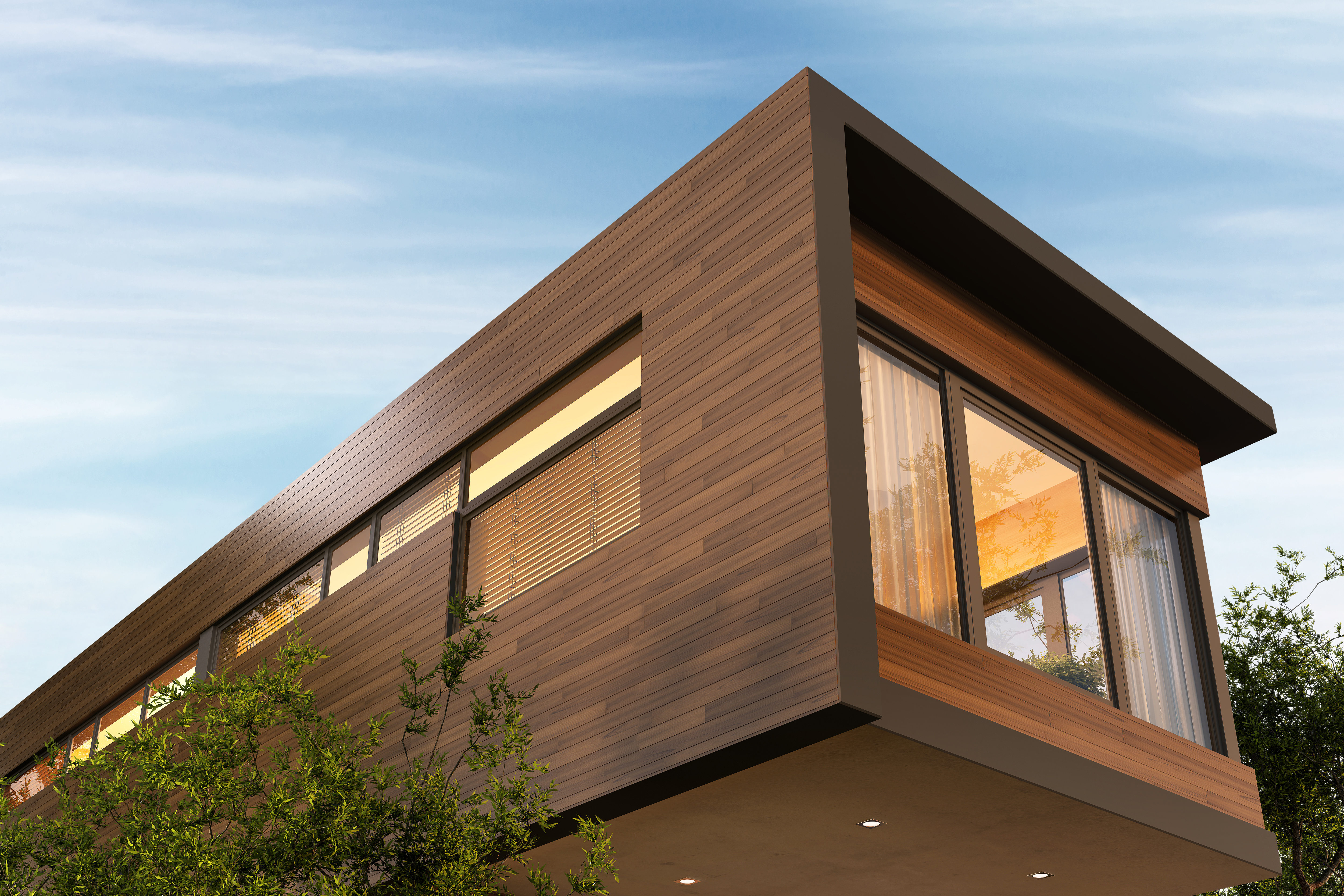 The opportunity then lies in timber buildings – mass timber specifically, which refers to the use of large, solid engineered wood panels, often made of smaller boards layered and laminated together, to construct walls, floors, and roofs (and differs from thinner light frame or post-and-beam construction). A five-story residential building made with laminated timber can store up to 180 kilos (nearly 400 pounds) of carbon per square meter – three times more than natural forests with high carbon density.

In their study, Churkina and her team looked at four scenarios of mass timber construction over the next 30 years: “business as usual,” in which the majority of new buildings are made with concrete and steel and just 0.5% are made with wood; a 10% timber building scenario; a 50% timber building scenario; and a scenario in which 90% of new construction is made with wood, which would require countries that currently have lower levels of industrialization to also make the switch. All these options would sink carbon, but the more mass timber buildings, the more carbon sequestered: The lowest scenario could result in 10 million tons of carbon stored per year, the researchers say, and in the highest, nearly 700 million tons.

These environmental benefits are contingent, though, on where all this timber is sourced, and what happens to the wood at the end of a timber building’s life. “Protecting forests from unsustainable logging and a wide range of other threats is thus key if timber use was to be substantially increased,” coauthor Christopher Reyer says in a statement. The demand for all these mass timber buildings could be met by harvesting both softwood and hardwood tree species as well as bamboo, and by generally harvesting more timber than we currently do. When it comes to the end of these wood buildings’ lives, it’s crucial to design timber buildings “so that their components can be reused or recycled,” the researchers write, and also encourage the collection of timber from demolished building so it could be recovered and reused. 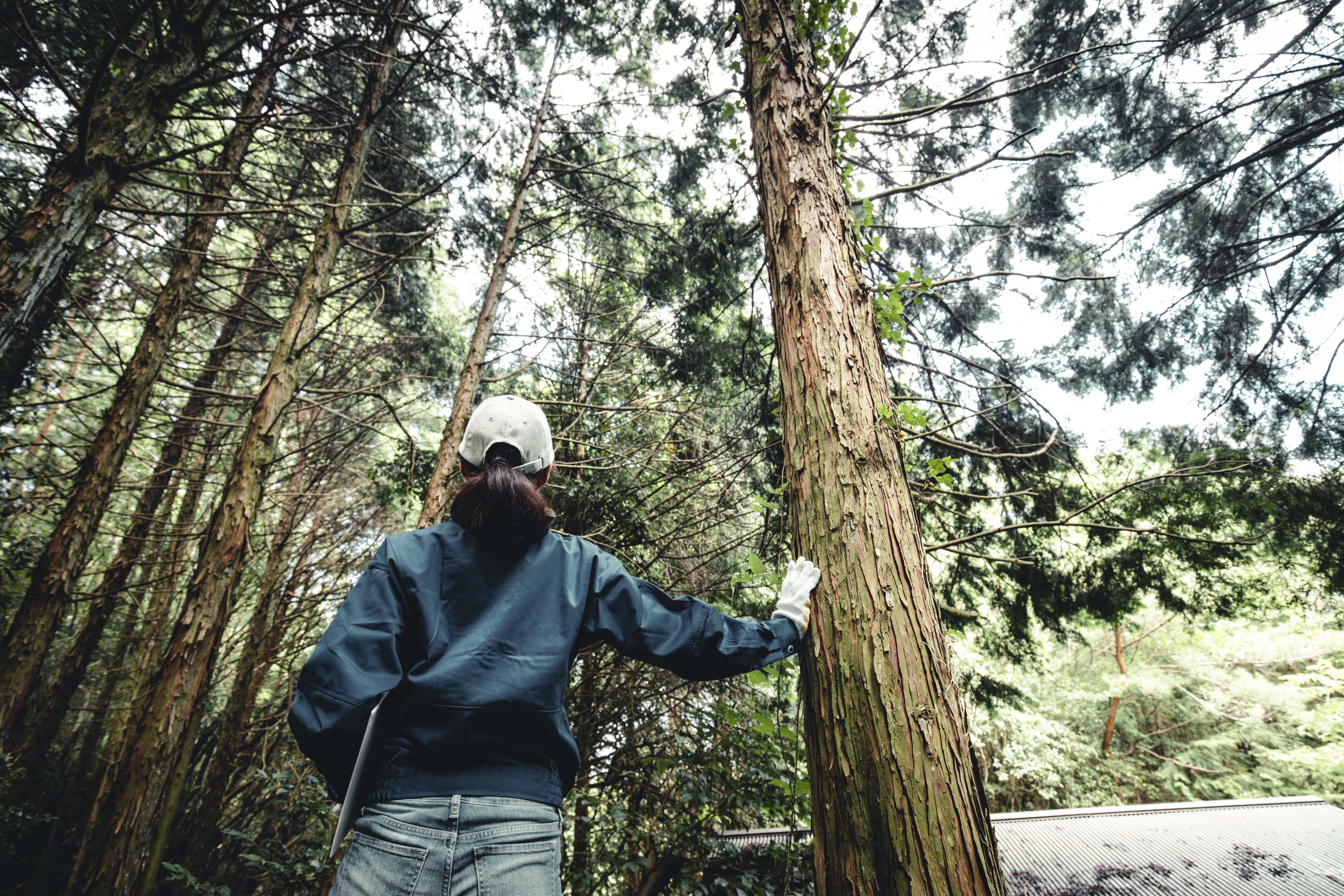 Two-thirds of countries the researchers analyzed harvested less wood in 2010 than was grown by forests, so there’s an untapped resource there – as long as sustainable regrowth and reforestation efforts are implemented. Currently, half of all roundwood (timber left as small logs rather than chopped up) harvested is burnt for fuel; if we rerouted this to mass timber construction, it would reduce emissions and provide construction material, researchers say.

A future of wood construction still seems a bit backwards. Didn’t we stop using trees because of devastating fires in cities? In reality, large structural timber is actually pretty fire resistant, according to the researchers, because when burnt, the inner core gets protected by a charring layer, and so it’s hard for a fire to destroy wood buildings. Mass timber, it’s important to note, is different from conventional light-frame wood buildings. Most building codes already recognize and factor in fire safety for mass timber construction; the International Building Code developed by the International Code Council, which is the base for most jurisdictions in the U.S., was recently updated to recognize mass timber as “acceptable for fire blocking.”

Switching to mass timber wouldn’t necessarily be simple. The researchers acknowledge that this type of construction would require new building codes, retraining for construction workers, and expanded manufacturing capabilities. An increased demand for mass timber would also need to be underpinned by legal and political commitments to sustainable forest management and efforts to curb illegal logging, along with ways to empower the communities that live in forests. We might also need to look at other plant materials like bamboo or hemp. But all this effort would be worth it, the researchers say, for the environmental benefits of trading in concrete and steel for bio building materials. 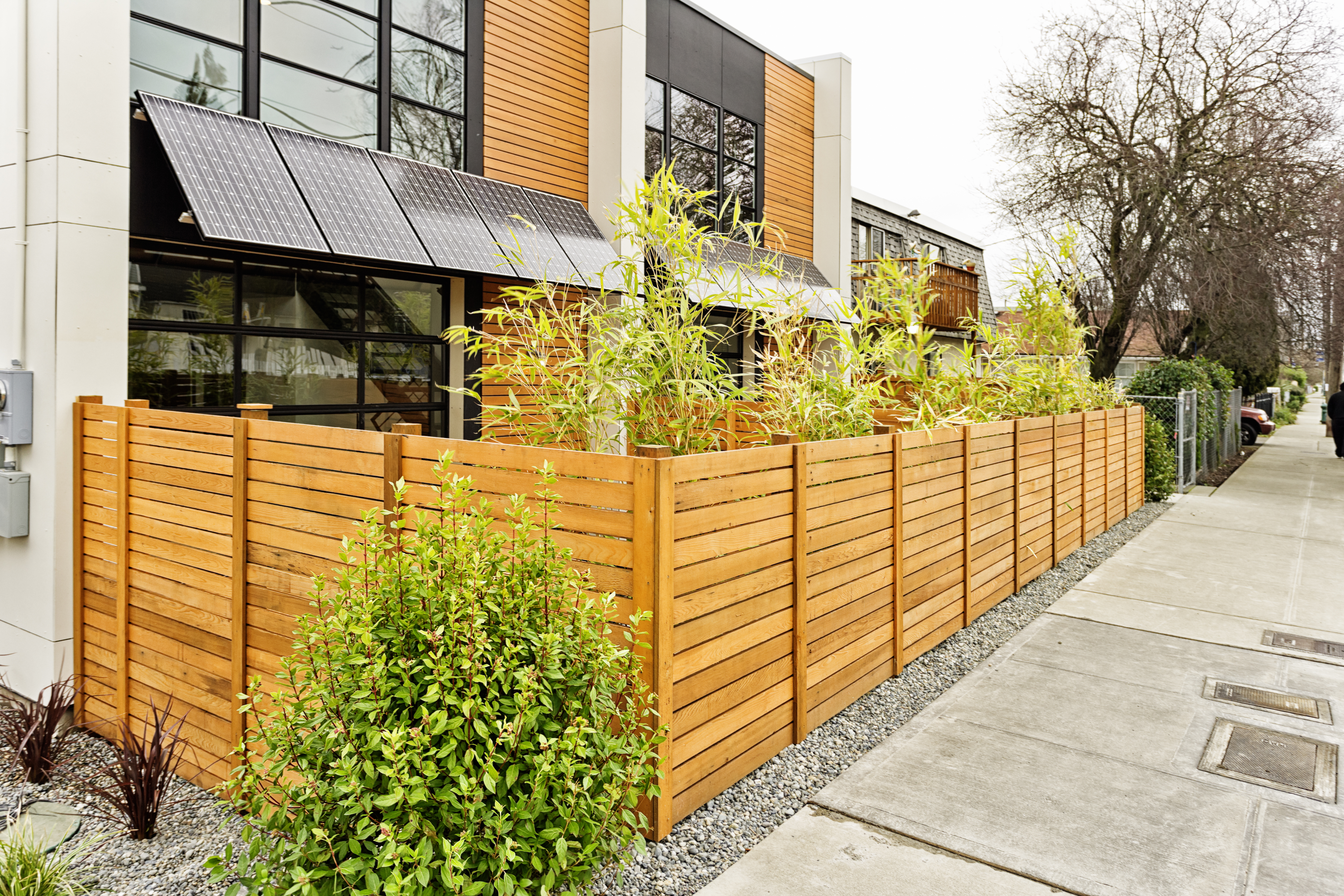 “There’s no safer way of storing carbon I can think of,” says Hans Joachim Schellnhuber, coauthor and director emeritus of the Potsdam Institute for Climate Impact Research, in a statement. “Societies have made good use of wood for buildings for many centuries, yet now the challenge of climate stabilization calls for a very serious upscaling. If we engineer the wood into modern building materials and smartly manage harvest and construction, we humans can build ourselves a safe home on Earth.”

This article was written by Kristin Toussaint from Co. Exist and was legally licensed through the NewsCred publisher network. Please direct all licensing questions to [email protected].