Building Industry Gets Serious About Its Embodied Carbon Problem

Building Industry Gets Serious About Its Embodied Carbon Problem

We know carbon emissions are caused by what comes out of building. Now the construction industry is taking notice of greenhouse gases caused by the materials that go into a building, and they don't like what they see. This article by Greentech Media reveals the conversation with experts who know the problems and want to find the fixes.

In the not-too-distant past, a small group of architects and people in the building industry, saddened and motivated by the urgent arc of climate change, set out to discover just how much their own profession was to blame.

They began by summing all the emissions released at power plants to keep buildings cool and electricity flowing to wall outlets. Then they added the invisible gases drifting out of roof vent pipes from heaters and hot water heaters that burn fuel inside of buildings. The picture was already sobering: Just keeping buildings running this way amounted to 28 percent of all global greenhouse gas emissions.

But there was another, still more intractable series of smokestacks: for the glass, vinyl, drywall, and especially steel and concrete that go into buildings.

"The materials you put in the building will be there forever, they cannot be decarbonized," said Victoria Herrero-Garcia, an engineer who analyzes the carbon used in buildings over their life cycles for Ambient Energy in Denver. 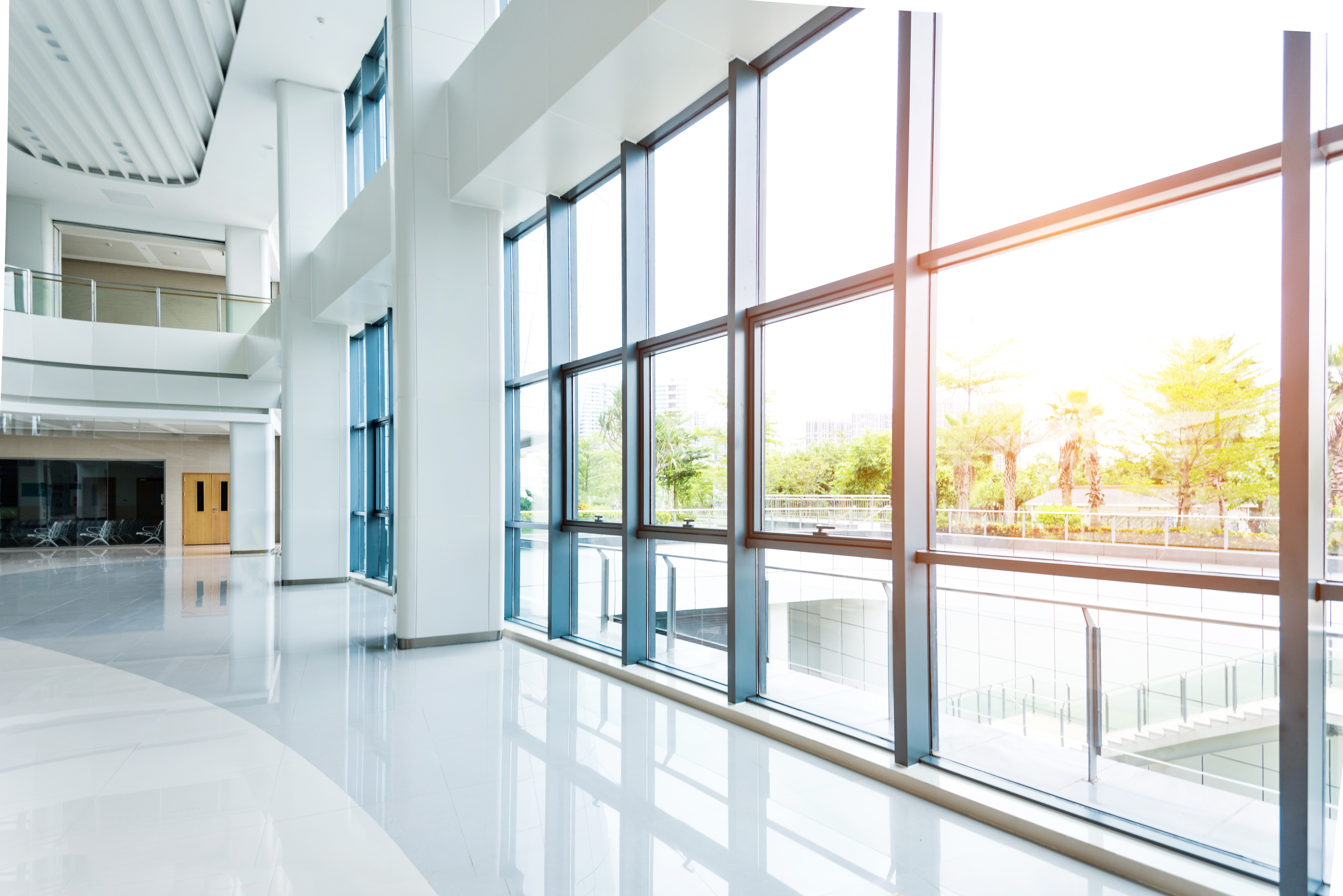 In the case of cement, the very chemical reaction at its heart generates massive carbon dioxide. Since carbon dioxide is so lasting in our air, the furnace roar of material creation reverberates for generations.

When the clean building advocates added in this embodied carbon, buildings turned out to be directly and indirectly responsible for nearly 40 percent of all greenhouse gas emissions, according to the International Energy Agency.

This growing cadre of change makers has now set in motion a transition in the building industry that is as hopeful and may be as important as the better-known transition sweeping our electrical sector. They are trying to change the way materials are made. And they are trying to do it now, to preserve the delicate blanket of gases enveloping Earth, and with it, any hope of a recognizable climate.

As the professionals who specify or "spec" materials for buildings, they are powerful, and it is that power they are wielding.

A careful accounting of embodied carbon

At one of the first conferences on embodied carbon, earlier this year, Edward Mazria told an audience of architects and engineers, "You are the gatekeepers for all the products. You have to specify 40 percent lower-carbon materials, starting now." In 10 years, 65 percent should be eliminated, he said. By 2040, all building products should require no carbon to create.

Mazria is an architect and educator who grasped the crucial role of buildings before many in his audiences were born. He wrote the Passive Solar Energy Book in 1979, and now leads Architecture 2030, a non-profit that aims to remake the built environment into a climate solution. 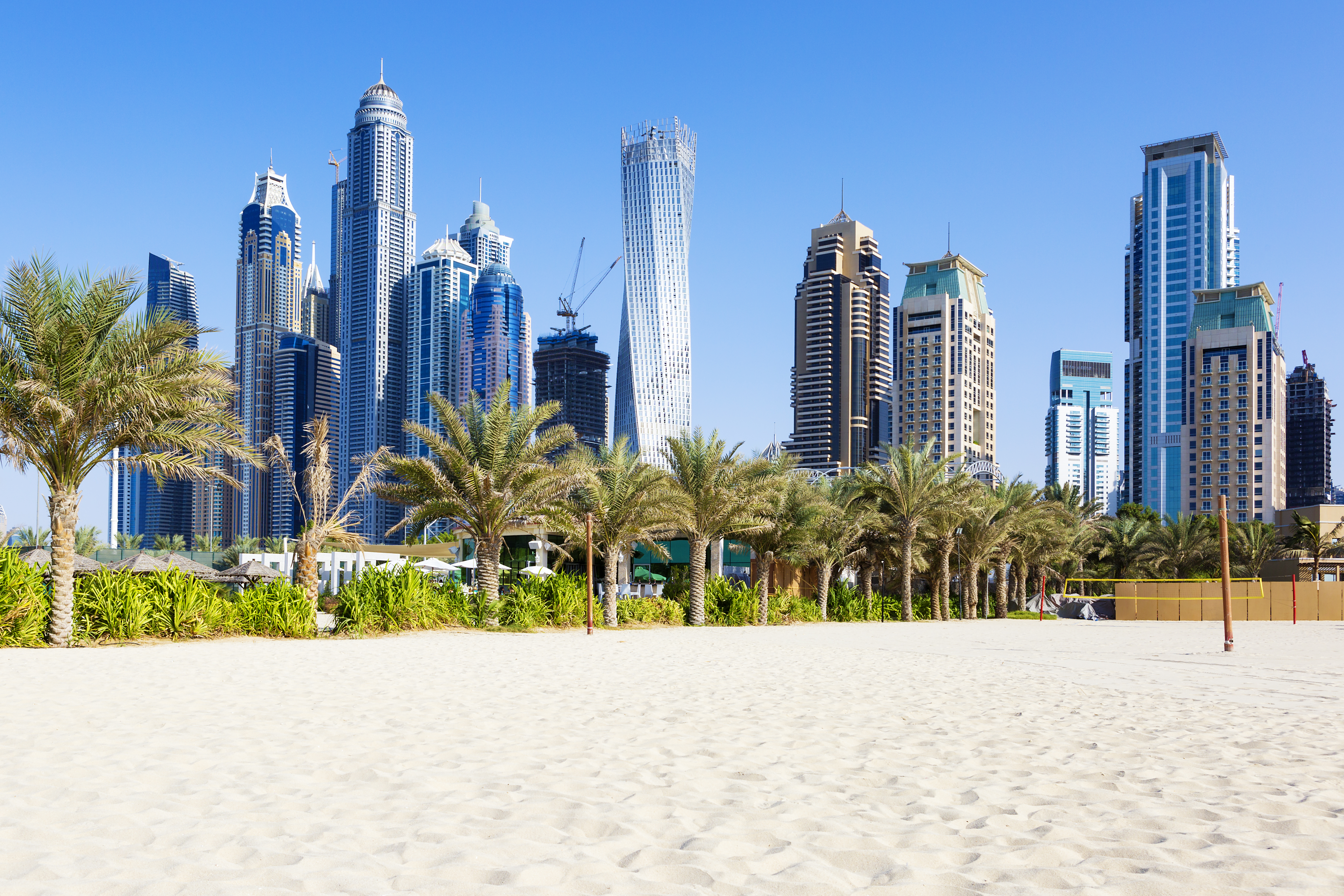 The timeline is challenging, but the movement is infused with a sense of possibility. In a realm where products have long been forged by wasting scandalous amounts of heat, many are receptive to flipping the script.

Groups focused on building decarbonization are forming chapters all over the country, and beyond. Many of them fall under the umbrella of the Carbon Leadership Forum, founded by Kate Simonen, chair of the architecture department at the University of Washington and a structural engineer. In addition to the U.S. chapters, 200 cities in 30 countries have also joined the network.

Late last year Bruce King, a structural engineer and founder of the Ecological Building Network, spearheaded the world's first low-carbon concrete code in Marin County. It has been adopted in Dubai and is under consideration in several other places.

The American Institute of Architects is pressing its member firms to commit to counting the embodied carbon in all their building designs. The Institute also has a partnership with the U.S. Conference of Mayors. The architects group in the UK has declared a state of emergency on climate.

This change is late in coming, said Kelly Alvarez Doran, a senior principal with MASS Design Group, a team of designers, builders and writers who work for fair access to "purposeful, healing, and hopeful" design. "We are building with materials that we chased out of our food system three decades ago," he said, referencing building materials made of foams and plastics, derived from hydrocarbons.

MASS Design often works with plant and mineral-based materials, which some believe is the future of buildings. 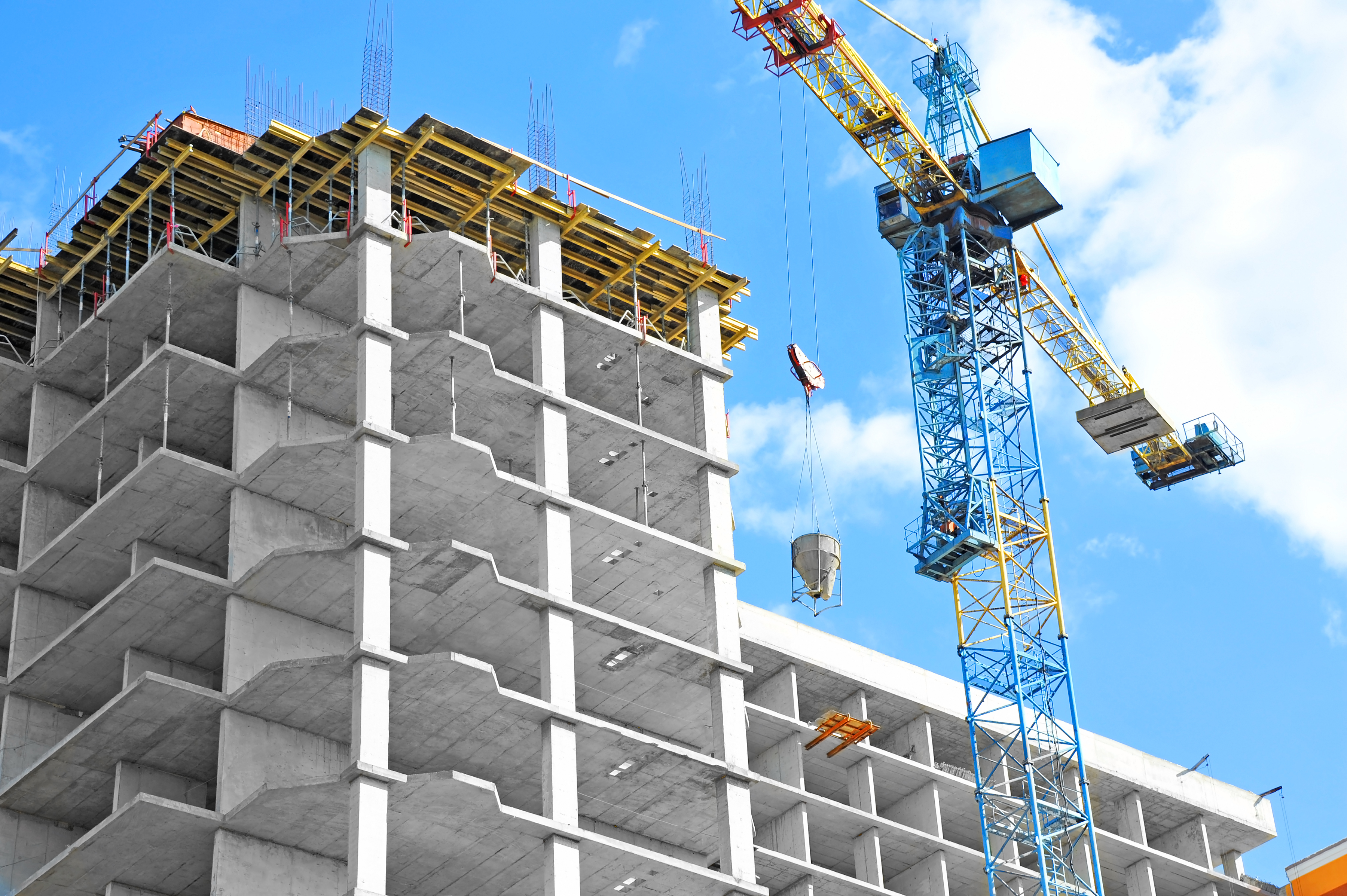 Concrete: the hardest problem of them all?

There is one viciously high-carbon, bedrock building material that stands out even among the priorities, and that is concrete. It is responsible for about 8 percent of all global greenhouse gas emissions.

Innovations in low-carbon concrete have been getting more attention, and they certainly deserve it. But King points out there is one change to concrete that hardly needs innovation, and would protect the climate beginning now. It is to simply mix it with less cement. Cement is the glue in concrete; it binds sand and gravel. Too often, he said in an interview, this happens:

"I'm designing a retaining wall that needs to hold back dirt. Out of habit, I will say, '3000 psi – pounds per square inch – concrete,' when I really only need 2000. I ask for 3000, and then the drawing goes out to bid, and the contractor hires a concrete supplier, some guy with a plant somewhere in the area, and he says, 'I don't want any callbacks; I am going to give them 5000 psi concrete.' So, he puts more cement in, and then his 5000 psi concrete is such that he puts enough cement in it, he turns it into 6000 psi concrete. This happens on all kinds of jobs – the large ones you can see, to the tiny sidewalks and driveways that are done by the hundreds every day in every city."

The amount of cement in the mix is key, because most of the massive carbon emissions that come from concrete, come from the cement, not its other components: sand, gravel, water. Cement is created by roasting limestone in a kiln at 2600º F. About half of the pollution from cement comes from the fuel to heat the ovens. The other half comes from the chemical reaction in which carbonaceous limestone is changed to calcium oxide and the carbon is driven off into the atmosphere.

Another way you can use less cement is to simply allow concrete more time to dry. It will get just as strong if it has more time to cure. For these changes to catch on, said Lionel Lemay, an executive vice president at the National Ready Mixed Concrete Association, the concrete industry needs to feel the pressure of demand. Orders need to come in requiring low-carbon concrete. Designers need to specify it.

Increasingly, this may be the law. The Marin County low-carbon concrete ordinance mandates substitutes for a portion of the cement on a job. These could be fly ash, slag or silica materials. It also mandates longer cure times, where projects allow. 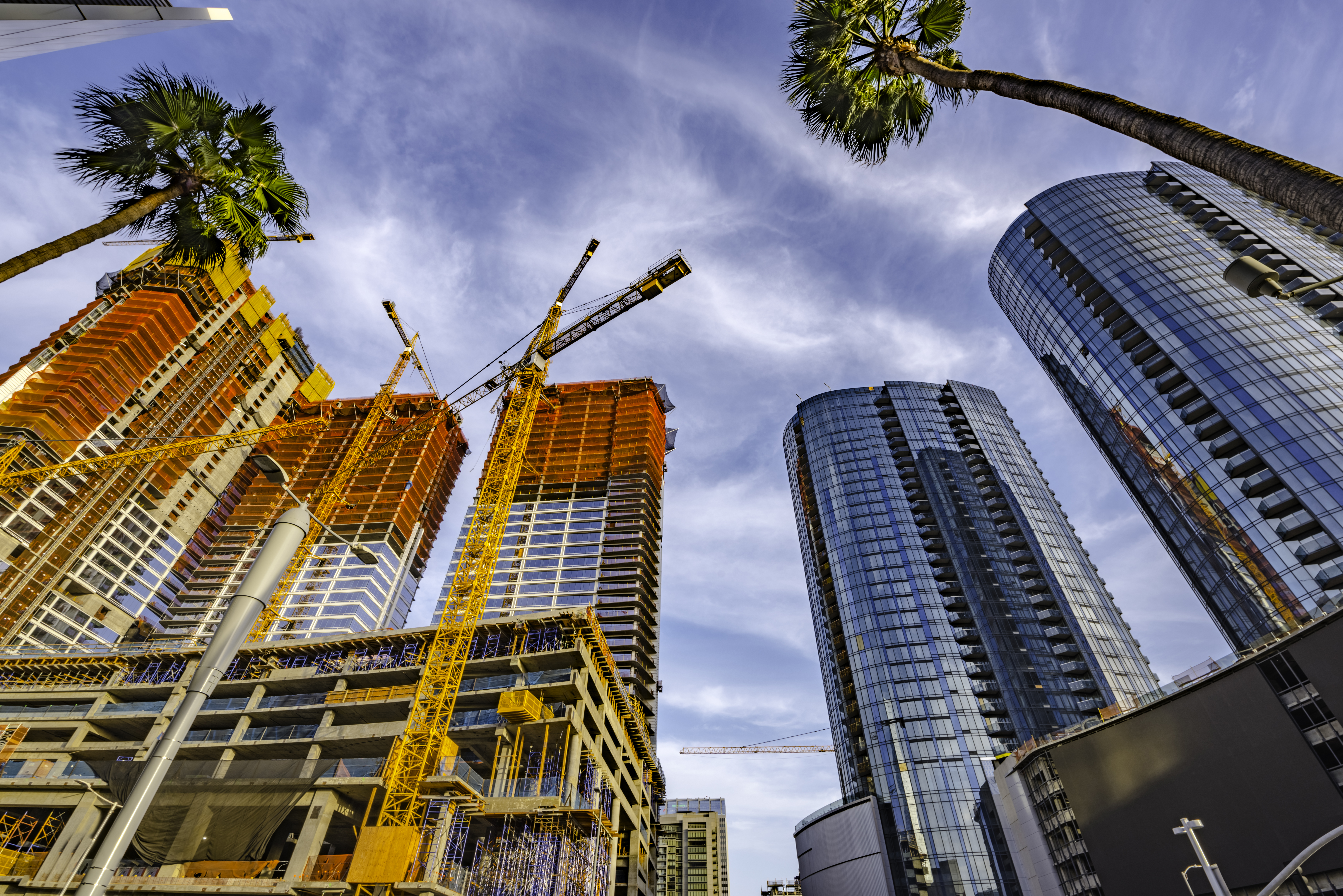 Contractors who bid projects for the state of California now have to provide Environmental Product Descriptions or EPDs for their hot rolled steel, plate steel, rebar, flat glass and mineral wool insulation.

The recently-released report from the Senate Select Committee on the Climate Crisis seeks to leverage the buying power of federal procurement to specify building materials with lower embodied carbon, under "Buy Clean" provisions.

In order to provide these documents, the manufacturers have to develop them. When they do, the carbon will begin to be priced into the material. In June, the London Metals Exchange announced it was looking into launching a trading platform for low-carbon aluminum.

After concrete, the next highest carbon-requiring building material is steel, responsible for some 2 percent of total global emissions, said Margaret Hansbrough. She is campaign director of Mighty Earth, an effort to lower the fossil fuels used in making steel that has been underway for two years. In the U.S., the problem is already partially solved because most steel is made by melting steel scrap with electricity, and electricity is getting cleaner every year. But globally, most steel is made with blast furnaces, often stoked with dregs left over from making gasoline.

Before the pandemic, all the square footage of all the world's buildings was expected to double by 2060. Now that will take longer, but building emissions are still crucial. American architects are influential. Many large architecture firms practice globally, so leaders in the field are trying to infuse these ideas deeply into their profession.

Some veterans predict that, after years of advocacy that sometimes fell on deaf ears, change is stirring the industry. "We are seeing so much interest among owners," said Frances Yang, an engineer and sustainability specialist at the international engineering firm ARUP in San Francisco. She has been working on low-carbon concrete for more than a decade.

And not taking embodied carbon into account could increasingly risk liability for building owners. Farhana Yamin, a British lawyer and climate treaty negotiator turned activist, noted that clients could become unhappy finding out a new building was wasteful or inconsistent with climate stewardship.