Electric vehicles, like solar panels, are unlocking new ways for utilities to manage the power grid — and for customers to save money on energy. This article looks at how one organization incentivized EV owners to charge their vehicles at off-peak times to help balance electricity demand. Thinking of making the solar switch? Learn more about how you can eliminate your power bill with Panasonic solar solutions.

Innovations around home power management can not only help to determine the best time of day to recharge an electric car, they can also lead to better management of the electric grid during extreme events like heat waves.

"That's the huge opportunity here. We have this large battery with an incredibly flexible load, a more flexible load than we've ever seen. And so, the challenge is, how can we integrate in a way that we have maximum flexibility to benefit the most," said Cavan Merski, data analyst for Pecan Street, a smart cities and green energy research firm in Austin, Texas.

Pecan Street has been involved with closely studying how EVs in Austin are charged, the time of day they are charged, and how incentives can affect when drivers plug in their cars. Merski's comments were part of a Sept. 29 presentation by Pecan Street titled Prepping for the EV Revolution: New Insights from 10 Years of High-Resolution EV Data from Pecan Street's Residential Research Network. In the last year, Pecan Street analyzed some 14,000 EV charging cycles in its network to get a sense of when car owners were charging and for how long.

The research found EVs are perhaps the most flexible electric load on a home's power system. Namely, because battery sizes have been increasing, often pushing the car's range to 250 miles or more, the cars hold a lot of battery storage, which can be recharged at any time of day. This flexibility is in marked contrast to other electric demands like refrigerators, and even air conditioning in summer months, which are all but essential.

However, electric cars – because they contain so much energy storage – can be used to power a home during power failures, as well as help to moderate demands on the electric grid. But also, where even more innovation can step in, say Pecan Street analysts, is to have electric devices in a home communicating with each other, and with the electric provider, to moderate load during peak demand periods. Smart systems could, say, power down a car charging cycle if the electric grid is running short on supply. Similarly, incentives could be put in place to push car charging to the middle of the night when wind energy production picks up across Texas.

"There's parts of the state of Texas where the real-time pricing is negative, for energy. We incentivized folks in that pricing trial to charge their electric vehicles at night, at about 2 a.m.," said Scott Hinson, chief technology officer for Pecan Street, in some of his comments during the webinar presentation.

Those habits formed during a pricing trial have stayed in place, and those drivers are still charging in the middle of the night.

"Even when they got a new vehicle, they went in and set the new vehicle up for that same charging rate," said Hinson.

A common question to arise centers around those homeowners with rooftop solar. When should they be charging? During the day when their solar systems are likely to be producing excess energy?

It depends, said researchers. Because even if a home has solar, during times of grid stress, it could be better for the overall grid to unload a home's excess solar onto the grid system, rather than charging the car.

"It does depend. Ninety-nine days out of 100, it's probably fine to do that," said Hinson, referring to daytime charging for solar homes. "It's that one day, it's important." 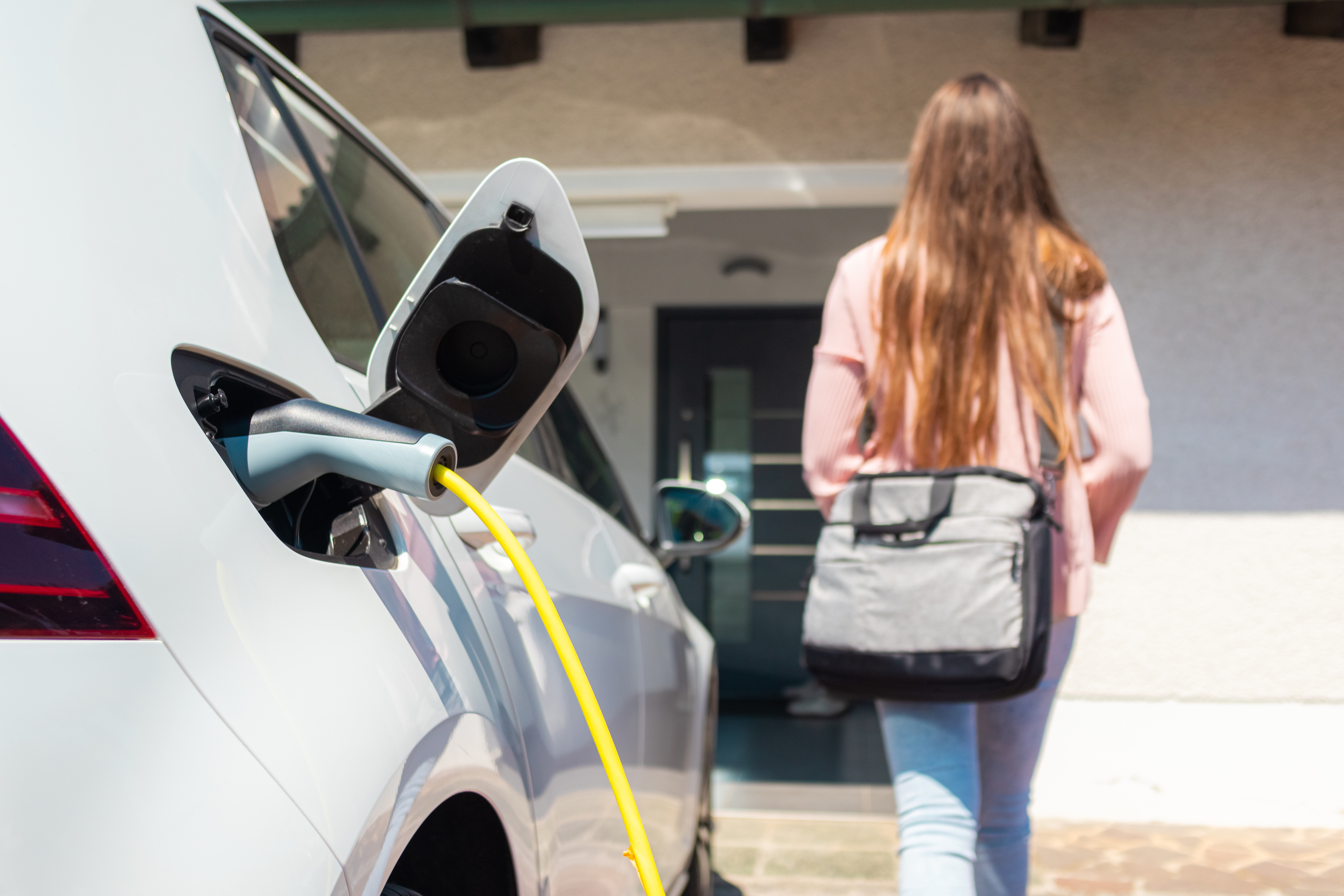 As the number of electric cars in operation increases – in the United States, EVs now make up more than 5 percent of new car sales – energy and other officials have raised concerns about whether the nation's electric grid network will be able to handle such an increase in power demand, particularly as electric utilities weather other challenges like extreme heat waves.

An area of potential innovation is the development of a smart home electric system that modulates the charge rate for an EV based on other devices and systems either using electricity or producing it, in the case of a rooftop solar installation, to reduce the electric load during crucial periods.

"We also need to have better software-based solutions, were we have communication between devices, allowing for these devices to sort of be aware of other things in operation in the house," said Hinson.

Other parts of the country are exploring the use of EVs as battery storage devices to both give the grid a boost, as well as moderate fluctuations in electric generation that can come from transitioning to more renewable power sources like wind and solar. In Maryland, electric school buses will be used for this purpose. And in Southern California, an electric school bus pilot will explore how the buses can compliment the grid's capacity during peak periods.

This article is written by Skip Descant from Government Technology and was legally licensed via the Tribune Content Agency through the Industry Dive Content Marketplace. Please direct all licensing questions to [email protected].