Green living is no longer merely an individual preference. In many American cities, policy makers and residents together are leading the movement toward environmental friendliness in everything from transportation to recreation to air quality. This article from Money Under 30 looks at seven green cities that are both eco-friendly and wallet friendly. (Some may surprise you.)

Going green is a movement that is inspiring people to examine and change their lifestyles from top to bottom, which can lead to great outcomes including better health, streamlined finances, and, of course, a healthier planet.

If you feel like going green is the move to make, you might wonder what the ultimate life change might be. Surprisingly enough, many people are opting to move to "green cities" in order to fully experience the benefits of a green lifestyle.

And they're moving to "green cities" offering mass transit options including trains, bikes, and trails for rollerbladers and scooters – which gives the added benefit of huge savings. At the end of the day, if you have the real option of opting-out of owning a car – in most cases, it has a huge impact on your monthly expenses by cutting out car payments and insurance costs.

Green cities that are affordable too

If you'd like to go green to the utmost, here are some cities to explore that are gentle both on the environment and the wallet.

These cities made the list due to "green" characteristics like the number of bike trails, public parks, and similar environmentally and eco-friendly city amenities, plus a high overall rating on the Siemens Green City Index.

Though there are a lot of cities that fit the "green city" bill, these cities also have a reasonable cost of living. So if you're looking for great property values, "green cities" offer more attractive real estate prices since homes near gardens and parks often have a higher value than those in tight urban areas.

This midwest city has brutal winters and a burgeoning immigrant population but is quite attractively green friendly. 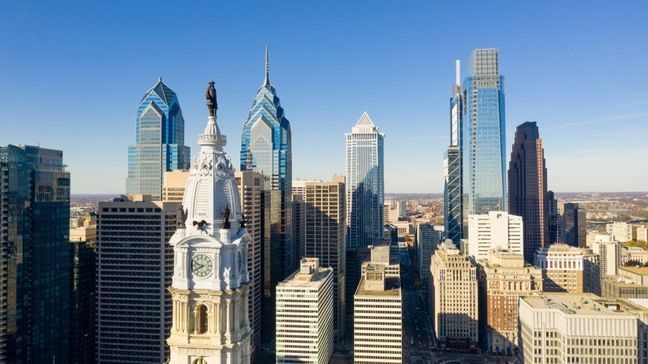 The city of brotherly love is also enamored with the environment and its residents' financial well being; Philadelphia is definitely green. 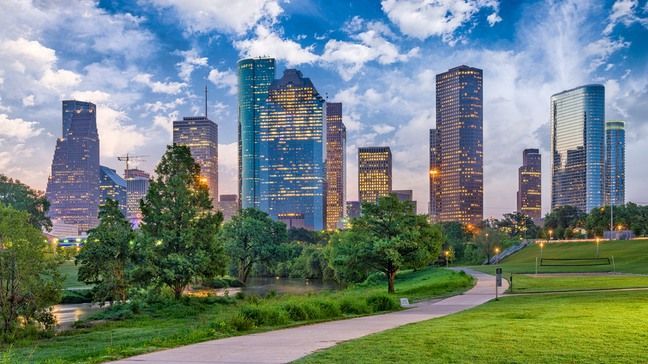 Houston is a fast-growing metropolis known for its affordable housing and family-friendly residential zones. In fact, it's estimated that 275 people move to Houston every day. Dallas ranks #10 out of the 15 fastest growing cities (with populations of 50,000 or more) in the United States.

With a low unemployment rate, plenty of job diversity and the host of almost a couple dozen Fortune 500 companies, Dallas is an economically sound choice of residence to over one million people.

Dallas enjoys the perks and convenience of a bustling metropolis without all the environmental fallout. 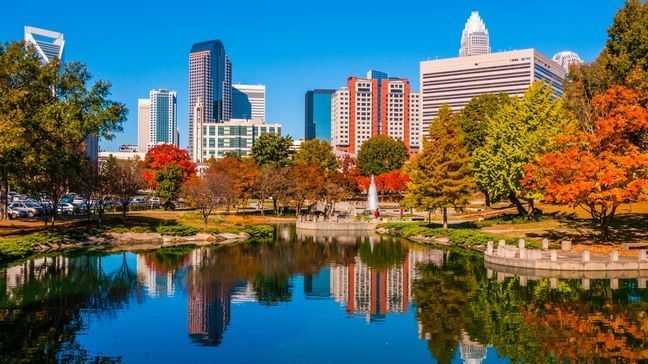 Charlotte is known officially as the fastest growing city in America.

Even with the fastest-growing population in the United States, Charlotte has been able to create and sustain a number of green initiatives to reduce the environmental footprint of its rapid growth. 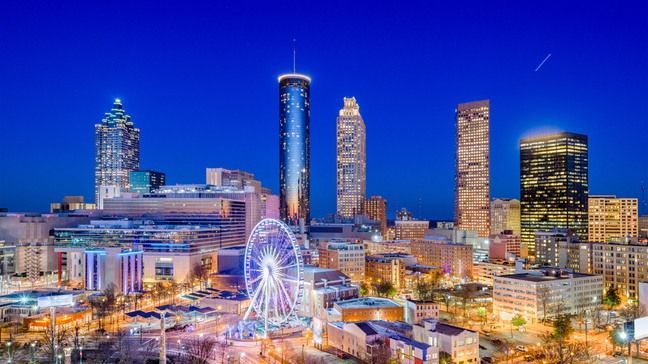 This southern hub has big city amenities with all the perks of small-town southern hospitality. Don't let the simple, southern ways fool you, however. Atlanta boasts a 3,000-square-foot garden on the city hall roof designed to reduce energy consumption and improve stormwater management.

This green, affordable city scores high in the areas of buildings, air quality, and environmental governance for green initiatives. Once a bastion of industrial-era enterprise, this small-ish east coast city is experiencing a renaissance of sorts. In addition, Pittsburgh has commissioned a dedicated environmental authority that gives the public access to information on environmental performance and policies.

At the end of the day, everyone wants to do what they can to save the environment while also saving money. Why not move to a city that is known to help you do both?

Fortunately, you've got plenty of options here to research.

So if you're ready to go green in a new city or town that supports your personal green goals, this list of green cities is a good place to start exploring.

This article was written by Aja McClanahan from Money Under 30 and was legally licensed through the NewsCred publisher network. Please direct all licensing questions to [email protected].