CINELIVE: VariCam LT is the studio-style control system for the VariCam LT, offering greater capabilities than other cinema camera or studio camera systems. The CINELIVE: VariCam LT is the only true cinema production camera that also functions as a true multi-cam live event camera. With CINELIVE, capture the cinematic look of the VariCam’s Super 35mm sensor and rich, natural colors, while maintaining the full control and communication of a proper live production system. Integration with the AK-HRP1000 remote control panel enables remote shading of the camera image while simultaneously allowing separate control of the internally recorded signal.

Output a shaded image while recording either a shaded or V-Log signal internally for later use. Output HD live while recording internally in 4K or HD. Monitor in SDR while outputting in HDR. The VariCam LT has two SDI outputs for HD broadcast, allowing one for a clean signal to the switcher as well as a second for monitoring camera status and menu navigation. A third output is utilized for viewfinder use at the camera. CINELIVE is compatible with fiber transport systems from companies such as MultiDyne and can switch between 4K & HD, SDR & HDR as your needs arrive.

CINELIVE is excellent for live production (House of Worship, sports) where low latency and advanced dynamic image control are needed.

CINELIVE is perfect for near-live production (theater, concerts, fashion shows and other events) where a live feed may be used and a high quality recording may be wanted for a re-edit or re-grade for later use. 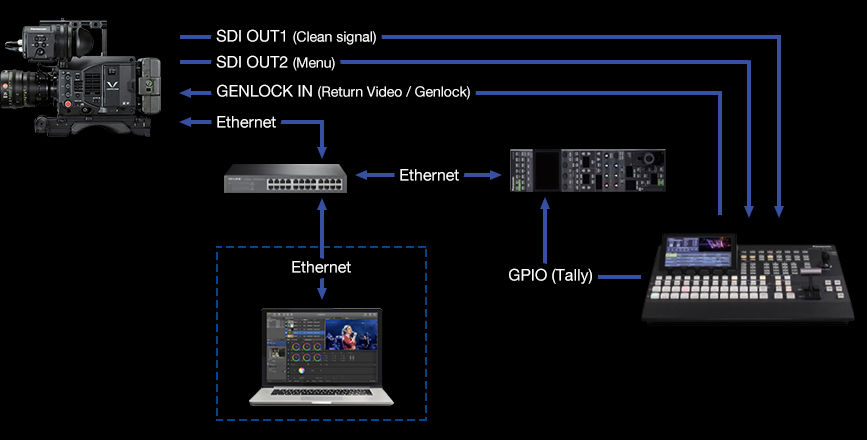 Connection Example with a DTS System for 4K Operation 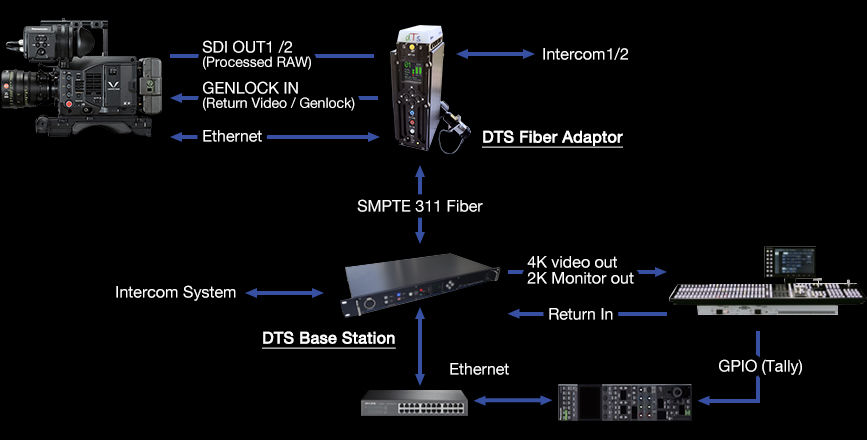 All specifications, availability and pricing are subject to change without notice.  Images may be simulated for demonstration purposes.