With the Cinema Look Desired for Storytelling, Panasonic VariCam LTs Deliver for this Church

Located 20 miles southeast of Denver, Parker, Colorado, is a community of around 61,000 people with a small town feel, but it’s close enough to take advantage of all the Mile-High City has to offer. A community staple of Parker is Southeast Christian Church, which from its humble beginning has grown exponentially and is now one of the largest churches in Parker. Deeply rooted in the town, the church goes the extra mile to serve the community, even creating a small business loan fund that donated thousands of dollars to local businesses during the pandemic when government aid wasn’t enough.

With a capacity of 1956 seats, the sanctuary has a semi-round shape with a 90-foot wide stage with seating pointing to the stage’s center. The church offers three Sunday services and the 11:30 a.m. service is rebroadcast at 7 p.m. for its growing online viewers. The church typical averages 500 to 600 congregants for an in-person service, and averages 830+ viewers for a livestreamed service. Since the pandemic, the church’s online viewership is larger than its in-room attendance.

In early 2020, the professional video and display technology Southeast was utilizing was old and its cameras were SD and difficult to maintain. Working with design build firm Skylark AV, Oklahoma City, OK, who has had a long-term relationship with Southeast, a major AV technology upgrade was undertaken that included Panasonic 4K professional cameras, projectors and professional displays. 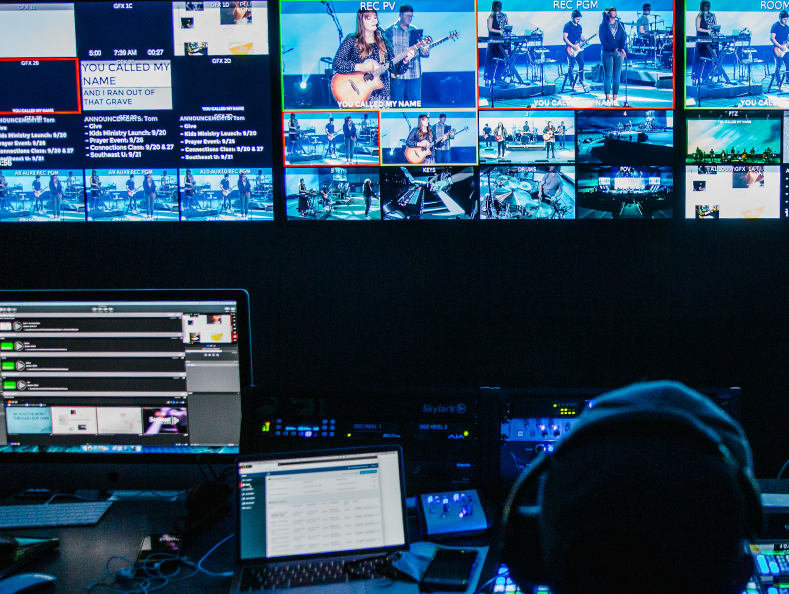 In addition, the church also upgraded to two Panasonic PT-RZ12KU 12,000-lumens 3-chip DLP laser projectors (with ET-D75LE30 lenses) to project onto the two large screens on each side of the stage to display IMAG and inservice videos.  And all of the professional displays through the church are Panasonic 4K displays too. With 55" TH-55EQ1Us utilized in master control, 43" TH-43EQ1Us installed in places like the pastor’s and worship team’s green rooms, and six 75" TH-75EQ1Ws located throughout the lobby.

When the new gear was onlined, Southeast also deployed a 42-foot LED wall at the back of the stage that serves as the centerpiece for all the church’s custom content, including sermons and song lyrics. “One of the big considerations we had was how well the VariCam LTs would work with our LED wall, which is a big portion of our background. Capturing and translating that wall in the room and online was a big concern. 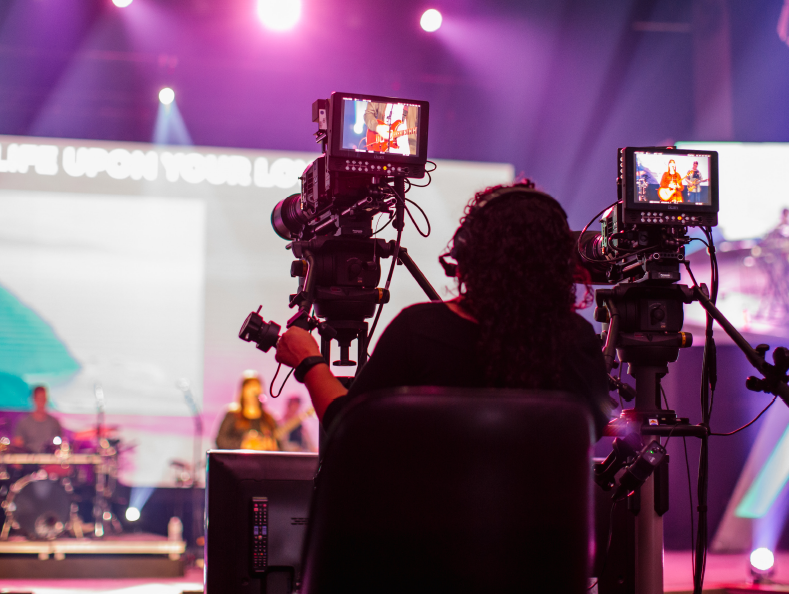 The VariCams produce super clear video, the clarity is amazing. The VariCams with their Funjinon lenses give us a quality that we absolutely love,” said Erik Dabis, Technical Director, Southeast Church.

Two VariCam LTs are located dead center about 20 feet from the front edge of the stage to capture the shot of the pastor; one VariCam LT is on a tripod house left farther back to capture an angled look, from right to left; and house right, another VariCam LT is on a jib for flying shots. The fifth VariCam is unmanned onstage and it is placed in different locations onstage to obtain static shots of instruments and worship members (it’s also serves as the “dunk cam” above the Baptismal during Baptisms).

The VariCam LTs reside in the worship center to capture Sunday services, but Southeast has many ideas and end goals that the VariCams also support. For the church’s inhouse production needs, the multi-use VariCam LTs also acquire the video content for storytelling sermons. “Our staff videographer is content creation only for our inservice storytelling and for social media content including creating ads for upcoming events and for several partner organizations,” Dabis said. “These partner ads showcase other ministeries (501C3 non-profit organizations) to educate and fundraise to the congregation and the organizations also utilize the video ads in their social media and on their web sites. 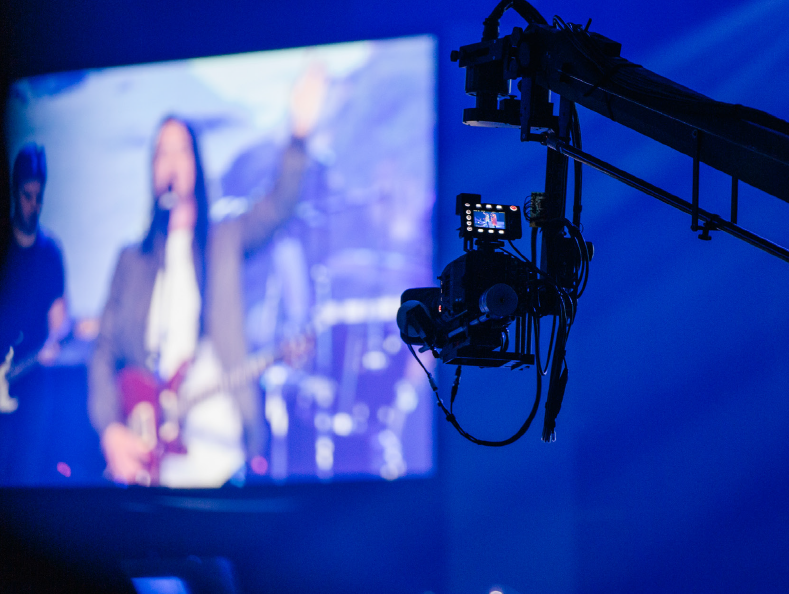 “We’re trying to push the envelope on creating content for our social media channels like Instagram,” Dabis said. “The cinema look with a broadcast lens was where we wanted to go, and is the look we wanted to tell stories.

When we were looking at where we wanted to go, being able to produce cinema-like content was huge for us.” John Fones, Big Pappa, Skylark AV, said capturing a cinematic look is a trend for churches. “Everyone wants the shallow depth of field look. If you are going to be shooting your service cinematically and want an affordable camera and the support system you’ll need, there’s no one better to do it with than Panasonic and the VariCam.”

The VariCam LT cameras and the large video screens on stage, Dabis said, have changed how his production team now directs the services. “The services have a quicker pace with a lot more cut shots. It has challenged us and the camera operators, but it has resulted in a better sense of who we are as a church when we’re worshipping. Over half of the people viewing our services do it online, so the cameras give us the ability to capture and translate for the people watching online, so they feel like they’re in the room.”

Southeast’s congregation, Dabis said, has been amazed with the vast improvement in clarity that the VariCam LTs have delivered. “The congregation is thrilled with the clarity and the ability to view the emotions on people’s faces which they can now see,” Dabis added.

We’re trying to push the envelope on creating content for our social media channels like Instagram. The cinema look with a broadcast lens was where we wanted to go, and is the look we wanted to tell stories.
Erik Dabis, Technical Director | Southeast Church

The pastor, Dabis said, is especially pleased with the upgraded video production system, because content is now so crystal clear. “The first Sunday we went live with new cameras and LED wall, an older member of the congregation who sat in the back of the church came up to the pastor and said, ‘I finally feel like I can worship freely and be part of the worship because I can see what’s going on.’ Stories like that are a testimonial to the new opportunities we have provided the congregation.”

“We’re super happy and feel like we made all the right decisions, both for our in-room but also the capabilities and options we have to take the VariCams out and utilize them elsewhere. We’re absolutely in love with everything we have.”

Ready to equip your worship space for live video productions? Reach out to a Panasonic livestream production expert to schedule a consultation!