The latest season of the Emmy Award-winning docuseries “Deadliest Catch,” which airs on the Discovery Channel, was shot on the forbidding Bering Sea with seven VariCam LT 4K and 17 AU-EVA1 5.7K cinema cameras. Produced for Discovery by Original Productions, “Deadliest Catch” — a perennial hit, portrays the real-life events aboard fishing vessels during the Alaskan king crab and snow crab fishing seasons.

The Aleutian Islands port of Dutch Harbor, Alaska, is the base of operations for the fishing fleet, and the show's title derives from the inherent high risk of injury or death associated with the work. The show emphasizes the dangers on deck to the fishermen and camera operators. 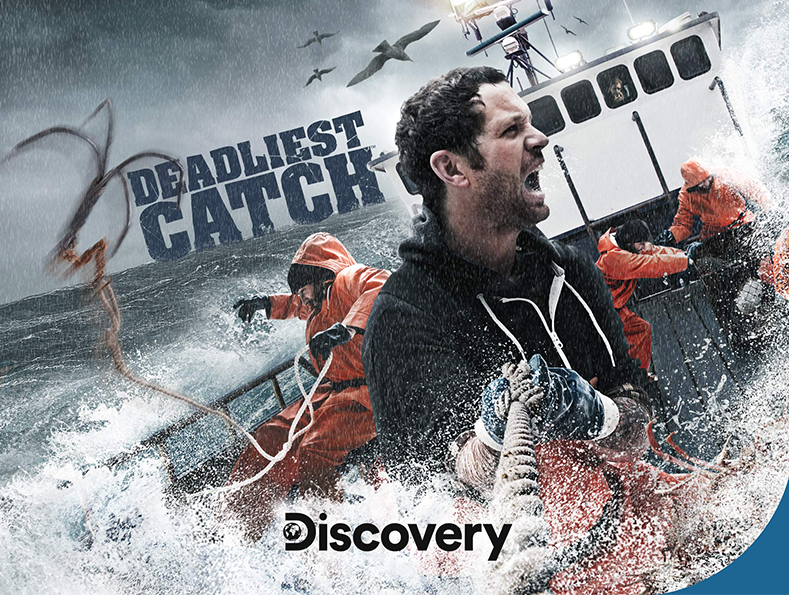 Filming of this 15th season began October 2018 and continued through early March. A two-person TV crew lived on each of the seven boats profiled, and could count on many 20-hour shooting days. Generally, one cameraman, operating a VariCam LT, was assigned to document the captain stationed in the wheelhouse, while the second camera operator, working run-and-gun with an EVA1, followed the crew on the deck.

Ernie Montagna, Director of Equipment Operations, Original Productions, explained that the company owns all the cameras that it deploys to shoot its portfolio of shows (which also includes docuseries “Jay Leno’s Garage,” “Storage Wars,” “Ice Road Truckers” and more). “Adding Panasonic cameras to our department was key, affording our DPs an enhanced variety of cameras from which to choose,” Montagna said.

“We’re always looking for the best technology for our shows, we’d had our eye on the EVA1 since its introduction, and its compact, lightweight form factor, image quality, dual native ISOs and compatibility with the VariCam LT made these the best cameras for ‘Deadliest Catch.’”

...alternately, the shooting on the deck involved salty mists and wet, slippery footing. The camera operator needs to maneuver, pivot and hold that camera all day and well into the night. Low-light handling again comes into play. The EVA1, rugged, lightweight and with native ISOs complementing those of the VariCam LT was the choice deck camera.
David Reichert Director of Photography

David Reichert, the series’ Director of Photography, described the disparate shooting scenarios on each boat. “Capturing the captain in his wheelhouse entailed much less salt water than on the decks, and the situation was minimally run-and-gun,” he said. “The money shot would often be a beautiful image of the captain in front of surrounding windows, here dynamic range was key, or, at night, the captain at watch through these same windows, with absolute restrictions imposed on us regarding lighting. Given these criteria of expansive dynamic range, superb image rendition and extreme low-light handling, the VariCam LT was ideal.” 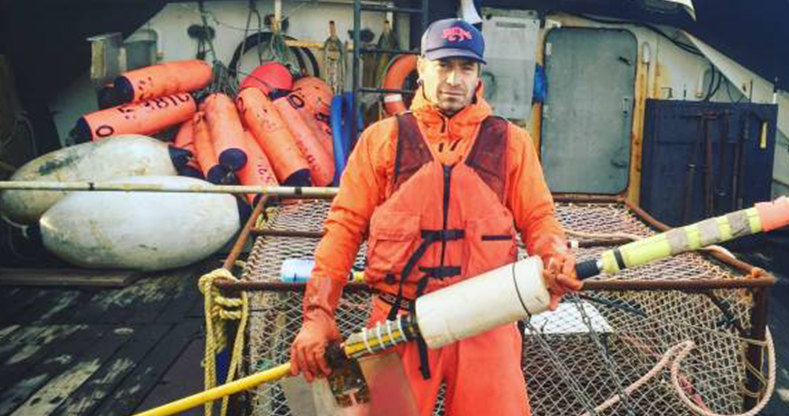 “Alternately, the shooting on the deck involved salty mists and wet, slippery footing,” the DP continued. “The camera operator needs to maneuver, pivot and hold that camera all day and well into the night. In a sense, the cameras have to be expendable, inevitably, we’re going to lose some. Low-light handling again comes into play. The EVA1, rugged, lightweight and with native ISOs complementing those of the VariCam LT was the choice deck camera.”

Reichert, a veteran DP for the series, noted this season’s epic cold weather with violent winter storms. “I believe we’ve captured the action in a way no one has ever seen before,” he said. “I’ve always admired the Panasonic film-like ‘look,’ and the VariCam LT/EVA1 combo has produced a beautiful, cinema-style show. The cameras enhanced the overall authenticity and naturalism of the series, we were able to spend less time stopping to light and more time in the moment.” 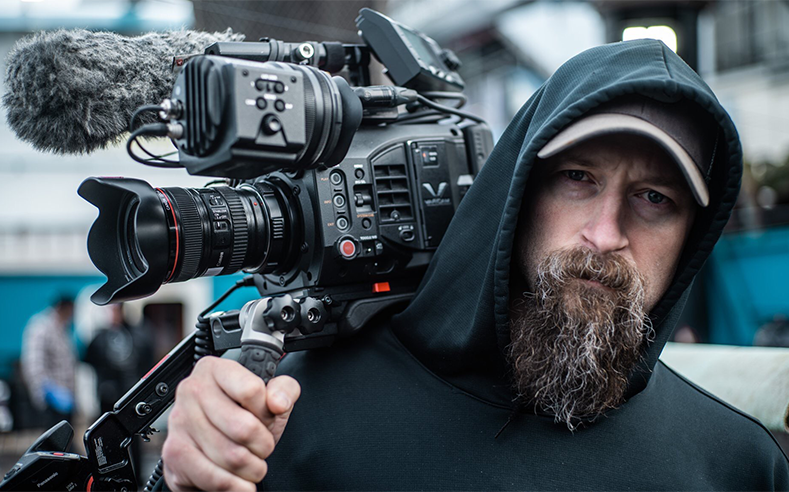 “Deadliest Catch” was shot in Pro Res 4:2:2 HQ (VariCam LT) and 4:2:2 All-Intra 1080p (EVA1). The VariCam LTs were outfitted with Canon L series lenses (EF 16-35mm, EF 24-70mm, EF 70-200mm, and EF 35mm and 50mm Primes,) and the EVA1s with Canon EF 24-105mm lenses. Max Post (like Original Productions, a Fremantle Media company) is handling the edit on the Avid Media Composer platform. More hours of content were shot this season than ever before, 25 hours plus an additional six hours for special and recap shows.

Original Productions is currently utilizing the VariCam LTs and EVA1s on an original series for a premium content provider. “Having these Panasonic cameras places us at the forefront of camera technology and enables us to meet the strict criteria of established and emerging premier content producers,” Montagna said.

Looking for cameras that will meet the demands of your episodic reality TV productions? Reach out to a Panasonic Broadcast, Cinema & Professional Video Systems product expert to setup a demo.